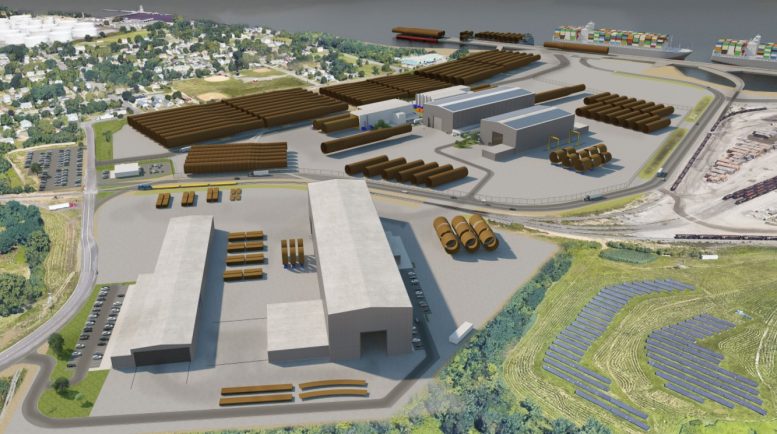 The ongoing development boom in the greater Philadelphia region is not limited to new buildings sprouting around the city, nor is it even constrained to the surrounding towns and suburbs within the metropolitan area. In a way, it extends well into the Atlantic Ocean, where massive wind farms are on the drawing boards off the coast of southern New Jersey. A major milestone for local renewable energy has just been reached, as construction is now underway at the Phase 1 of the EEW-AOS monopile manufacturing facility at the Port of Paulsboro Marine Terminal in Gloucester County, NJ, located on the Delaware River across from the Philadelphia International Airport. The facility, the largest of its kind in the United States, will be used to assemble monopiles, which are gargantuan cylindrical supports for wind turbines.

The development is the first foray into the United States for EEW-AOS, a Europe-based group with a project portfolio spanning the globe. The project team also includes Ruggieri & Partners as the architect, Orsted & Rycon Construction as the construction manager, and The Harman Group as the structural engineer for the concrete foundation.

While each firm involved with the project deserves their full share of credit, The Harman Group deserves a closer look at their involvement, at least from a construction-minded news outlet such as Philly YIMBY, due to the sheer complexity of the task at hand. Each of the monopiles will measure 400 feet in length, rising roughly 40 stories tall if put on their end. Even laid on their side, their 40-foot diameter rises as high as a four-story building, while their circumference is equivalent to a tunnel wide enough to handle two levels of multi-lane traffic. Each monopile will weigh 2,500 tons, or more than 5.5 million pounds. As such, the assembly platform, a concrete pad spanning much of the 70-acre site, must be capable of supporting these astoundingly large loads.

“The Harman Group has substantial knowledge of constructing and designing mat foundations, especially on demanding sites, which allows us to take on this engineering feat. We are proud to be a part of the team that is building offshore wind and clean energy, making New Jersey a leader in this category.”

The development also includes facilities such as the Circ. Weld Building, the Paint and Blast buildings, and more. 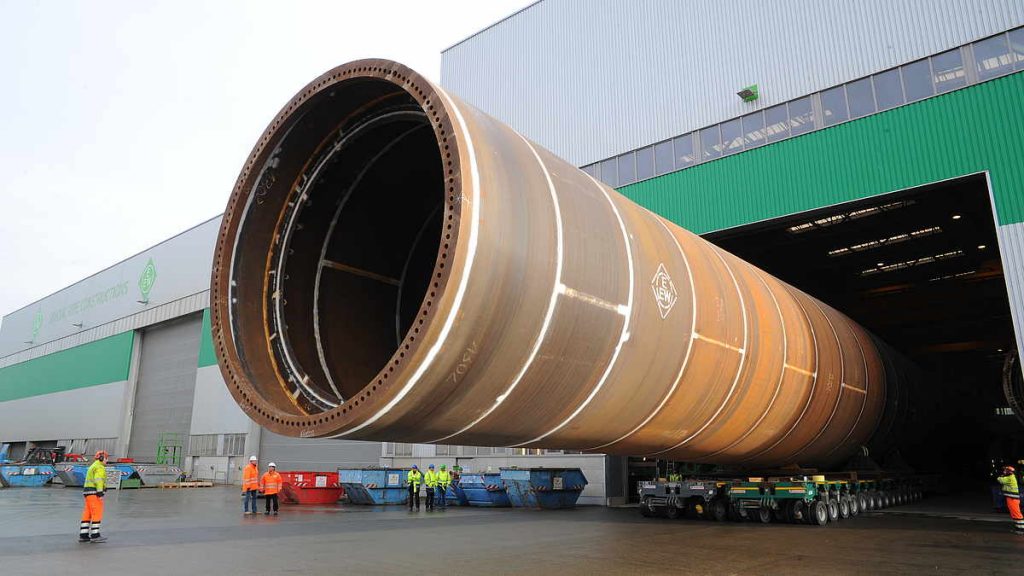 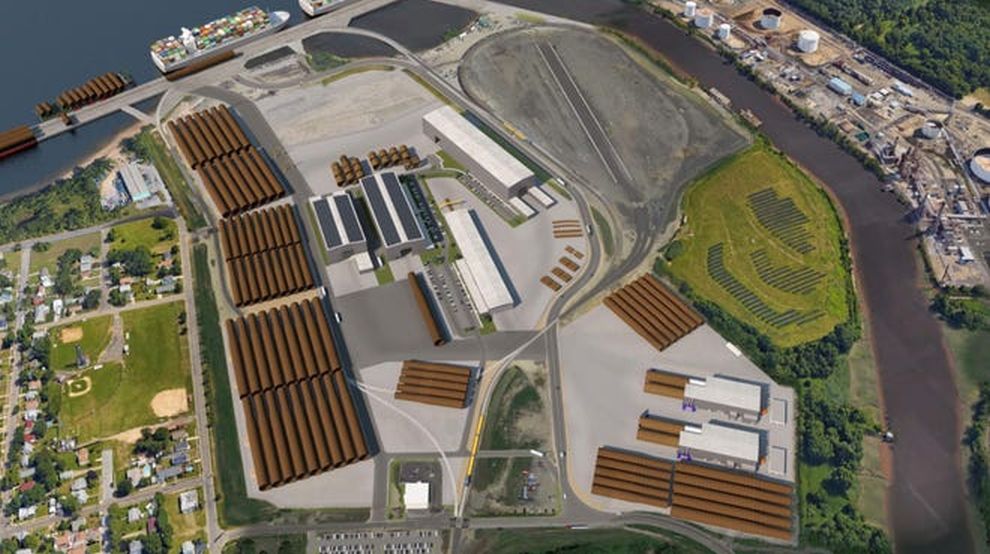 In terms of scale and weight, the monopiles are comparable to some of the world’s largest rocket assembly projects, and as such are far too large to be transported via conventional highways or freight rail. This is the reason for the facility’s portside location, where the assembled product will be loaded directly onto ocean-bound vessels.

This sort of development is exactly what greater Philadelphia needs, as it benefits scores of industries and provides thousands of skilled employment opportunities while contributing to generating clean energy for the region. The jobs created include those involved with the planning and construction of the facility, facility operations upon completion, marine shippers needed to deliver the monopiles to their offshore sites, groups contracted for the wind farm assembly, and full-time operators of the wind farms. Waterway delivery of the monopiles will ensure that no significant stress will be wrought onto the regional rail and highways.

Even the average resident in the region benefits from clean energy, as wind farms reduce dependency on coal- and gas-fired power plants, which have historically acted as significant contributors to air, water, and soil pollution. 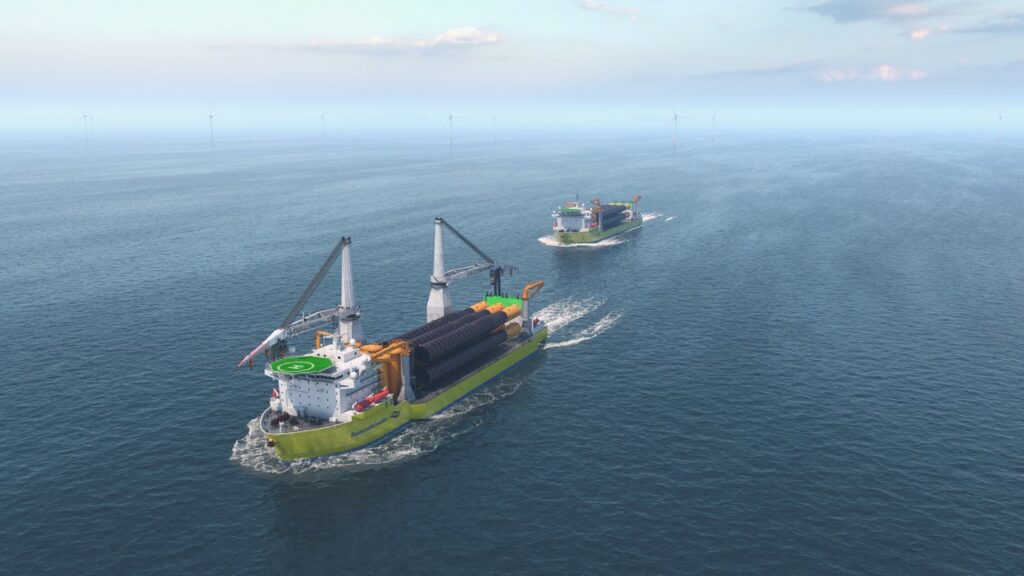 The city of Philadelphia, one of the nation’s largest metropolises, grew in great part thanks to its mighty port network. In a recent article, we briefly traced the decline of the city’s old piers and the waterfront’s subsequent conversion to residential use. By contrast, developments such as the EEW-AOS facility ensure that the port continues to thrive as a crucible of local industry and an economic engine that steers the region forward, as it has for centuries.