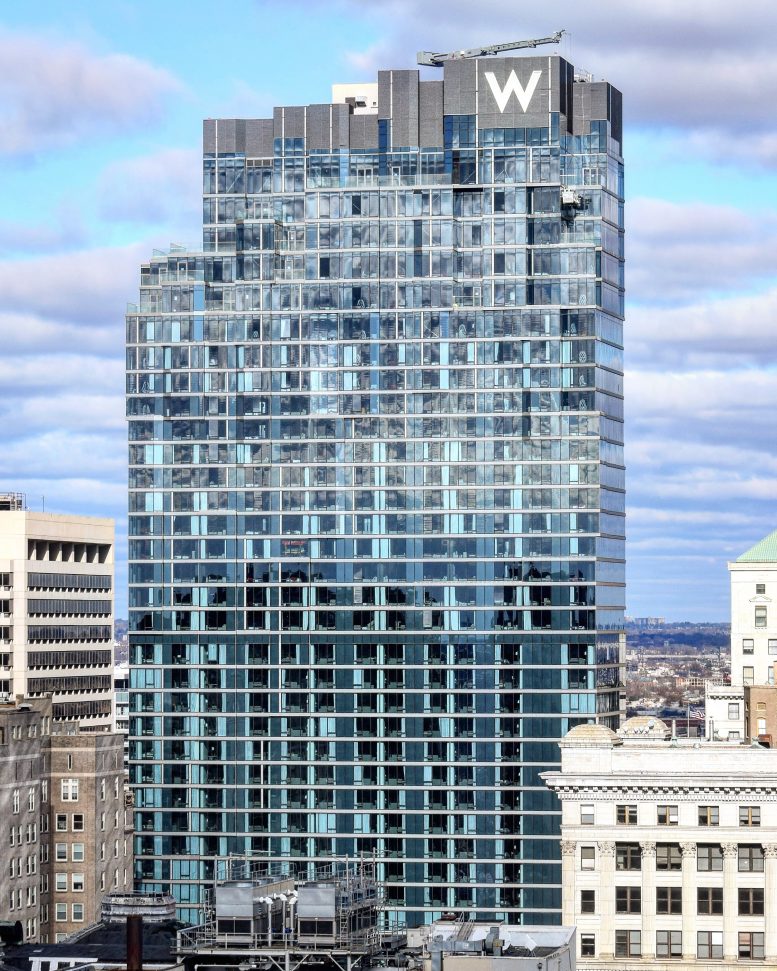 The dual-branded W/Element Hotel, located at 1439 Chestnut Street in Center City, has opened its final section to the public with the completion of its retail portion. Designed by Cope-Linder Architects and developed by the Chestlen Development Group, the tower rises 617 feet and 52 stories above ground, and stands at the former site of One Meridian Plaza, a block to the south of City Hall. Tutor Perini is the general contractor and The Lighting Practice is the lighting designer and contractor for the tower’s elaborate nighttime illumination. The skyscraper has an enormous impact on the skyline, more so than just about any other building completed in the past couple of years. 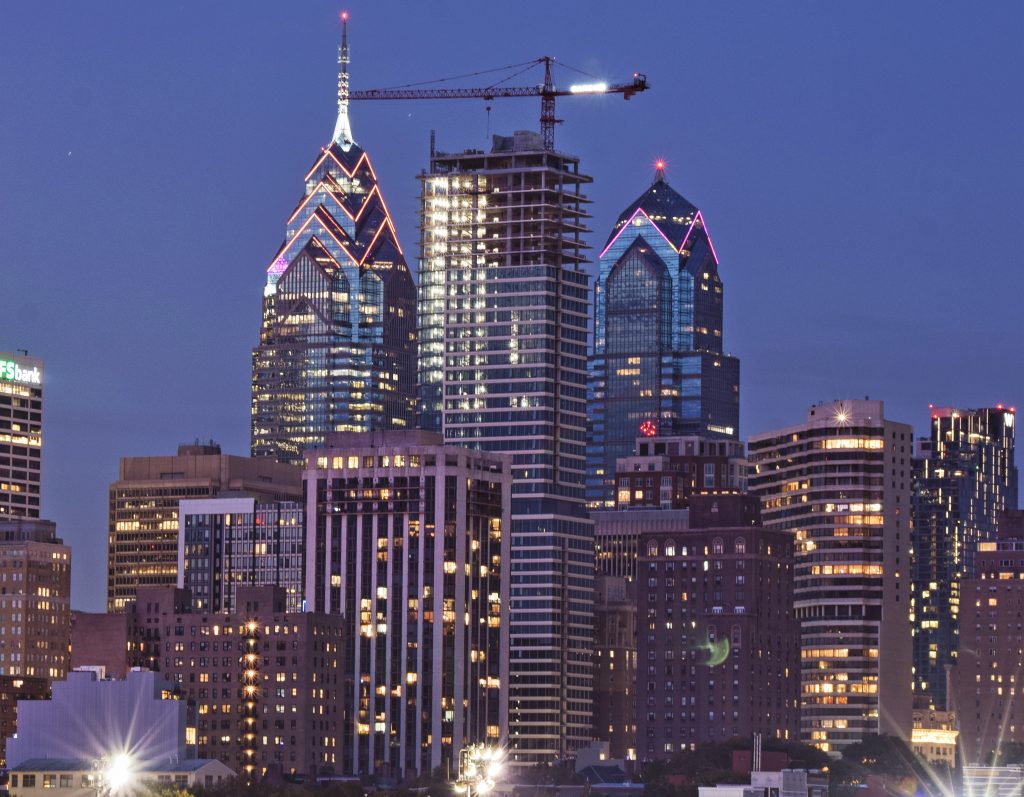 Liberty Place and the W/Element Hotel. Photo by Thomas Koloski

The tower was under planning since at least 2012 and was under construction two years later. The foundation was completed in 2016 and the superstructure was rising out of the ground by the end of the year. By the summer of 2017, the building stood above the base floors and the residential floors were underway, rising at a quick pace. The concrete work was done by August 2018, with the steel topping the building by November and the W logo installed. Interior work continued as the glass was nearly complete by Spring 2019 and the decorative lighting were being tested earlier this year. 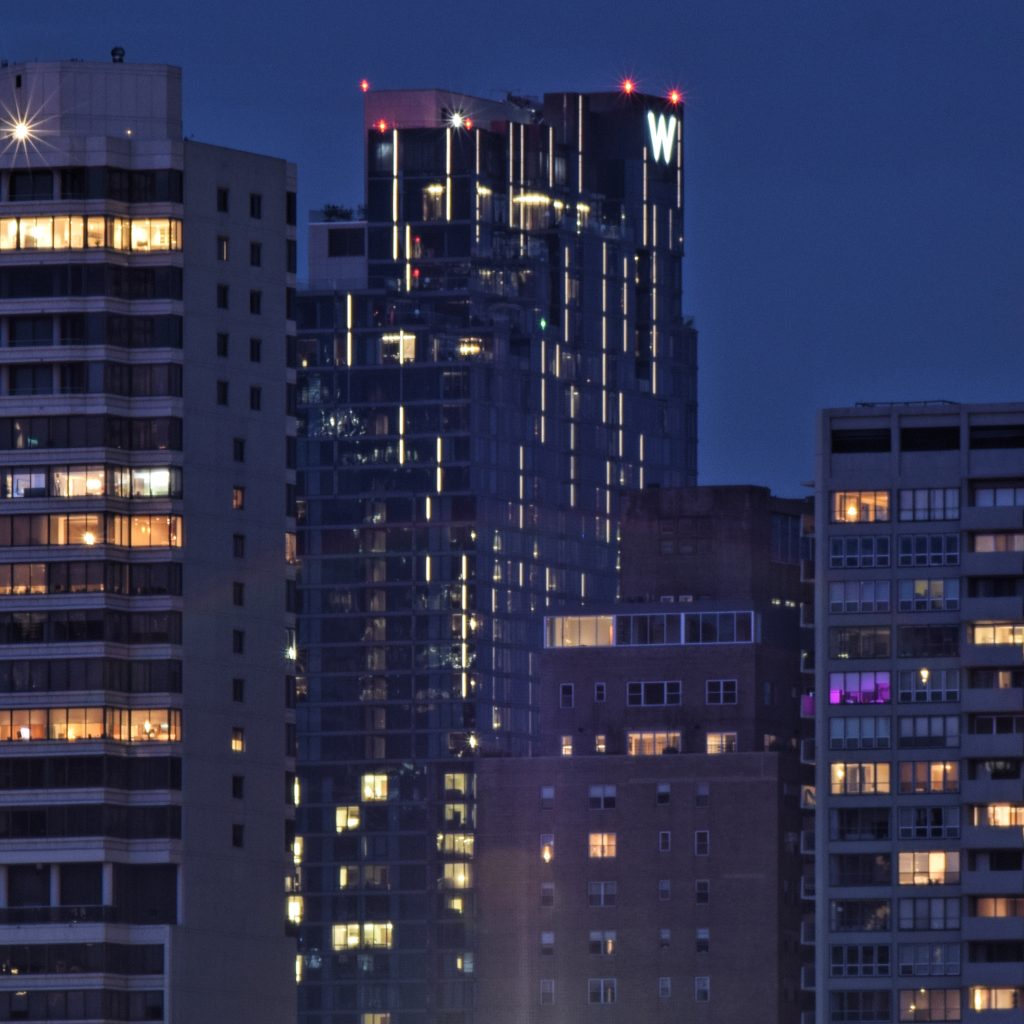 The tower, which has already become a significant part of the skyline, is now open to the public since the hotels opening in May and August of this year. But as the hotels opened, the restaurant at the top floor, as well as retail space on the ground floor, remained unfinished, though both were nearing completion. On the east side of the ground floor, the restaurant Dolce had opened earlier this week and the restaurant on the 52nd floor opened to visitors earlier this month.