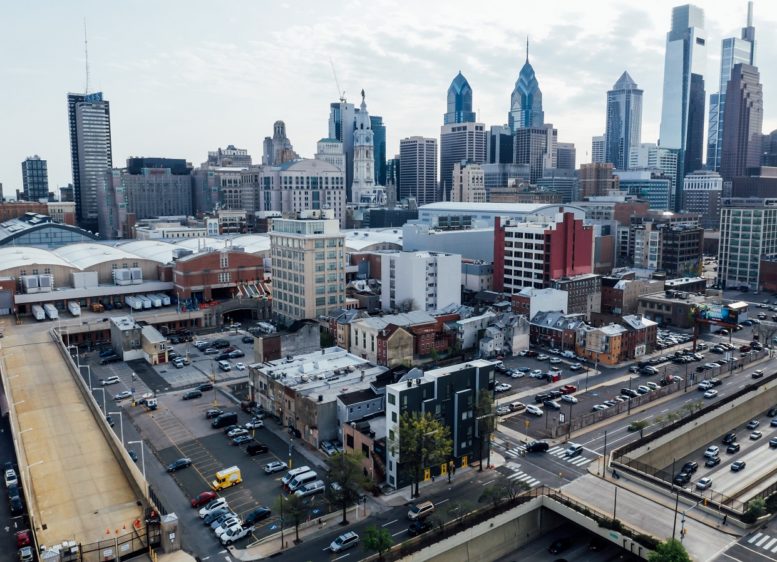 Developer and parking operator Parkway Corporation is looking for opportunities to redevelop a pair of parking lots spanning nearly two entire city blocks at 1222 Vine Street in Chinatown, Center City, just north of the Convention Center. Parkway is notable for holding and operating parking lots throughout the city and beyond and, when a favorable opportunity arises, redeveloping them, whether on their own or with a partner. The case at 1222 Vine Street appears to be the latter, as the site is listed on Parkway’s “opportunities” page. Although specifics vary even depending on Parkway’s own material, the combined site spans somewhere between 52,728 to 62,840 square feet and, under its CMX-4 zoning, may by right yield well over 600,000 square feet of development space it built to a floor-area-ratio of 12 to 1. 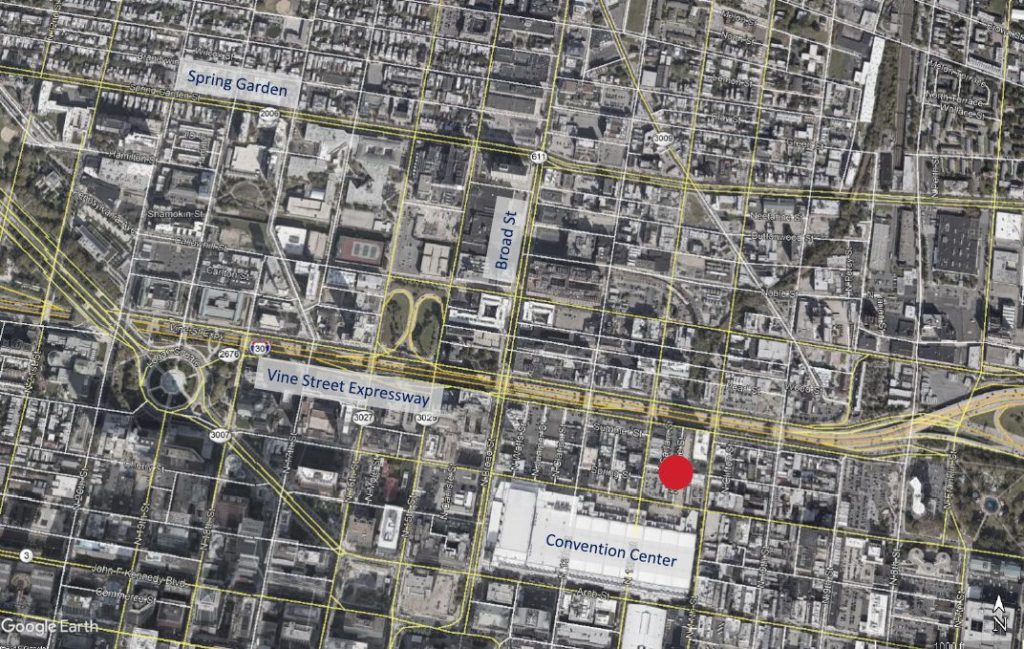 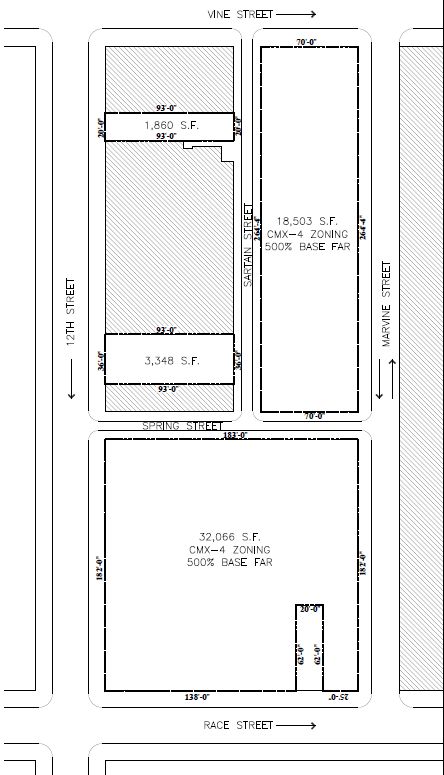 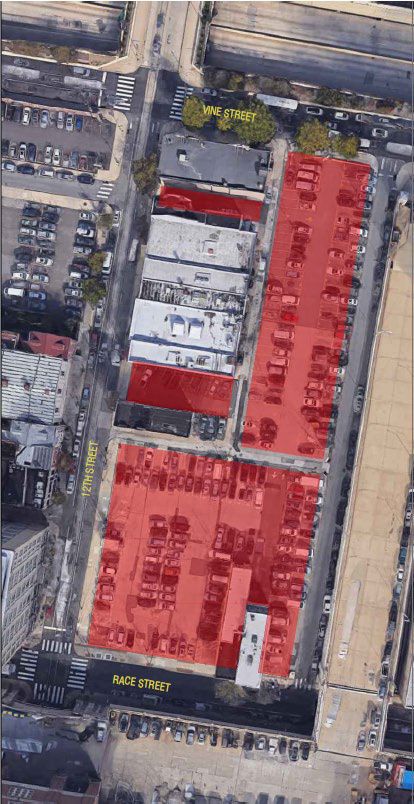 The set of development sites, also listed under the addresses of 1116 Vine Street and 1127 Race Street, spans a reverse-L-shaped parcel bound to the south by Race Street, immediately to the north of the Convention Center, where the lot currently offers parking for convention-goers.

The east side runs along Marvine Street, an alley-like conduit that passes between Parkway Corporation’s parking lots and the raised concrete access ramp to the Convention Center’s upper level.

To the north, the site’s narrow end runs up against Vine Street and overlooks the Interstate 676 aka the Vine Street Expressway, which offers direct highway access throughout the region and, hopefully one day, will also provide ample green space once the sunken expressway is eventually capped with a street-level park.

To the west, the site borders North 12th Street, where a row of low-and mid-rise building spans the block in the parcel’s L-shaped notch. This block consists of the type of building stock commonly seen throughout Chinatown, and originally included two smaller lots as part of the development package. At this time, however, construction is currently underway on two buildings on both of the lots. 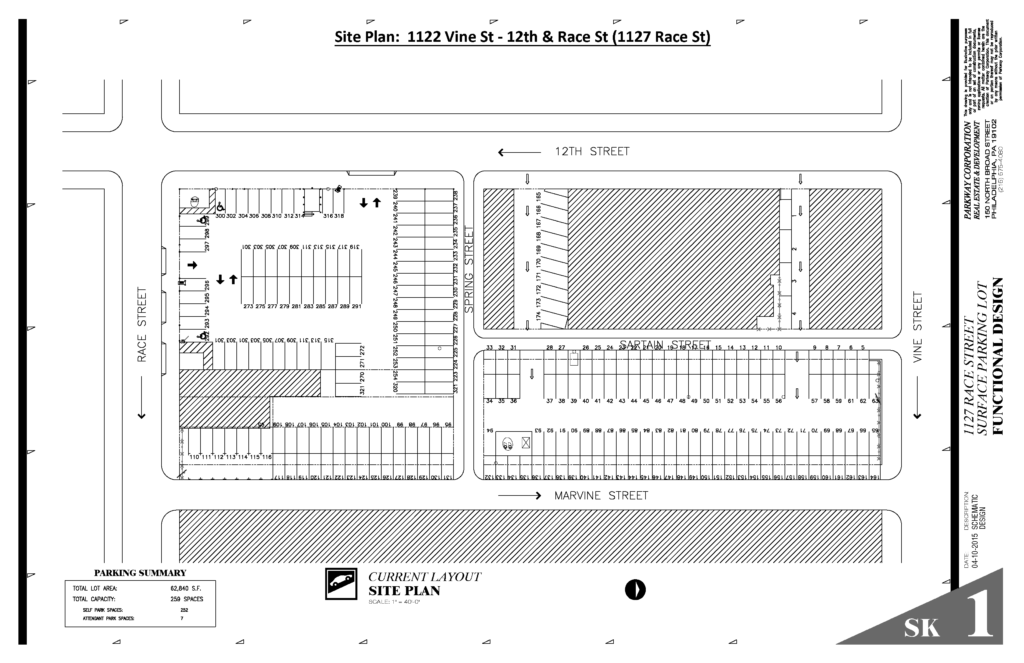 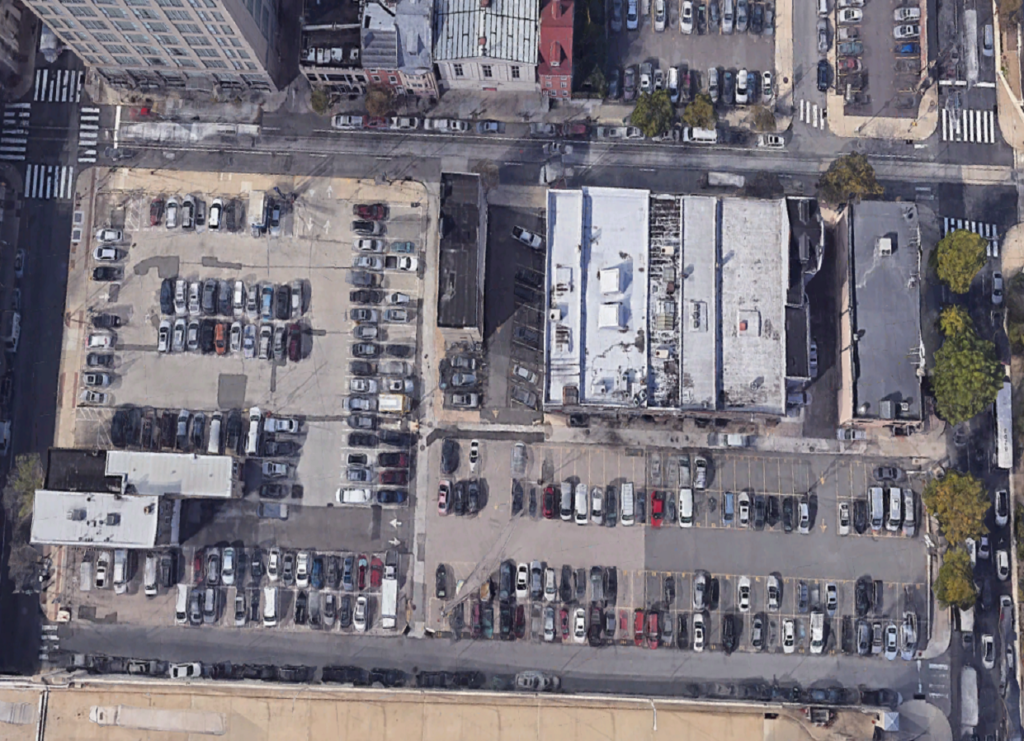 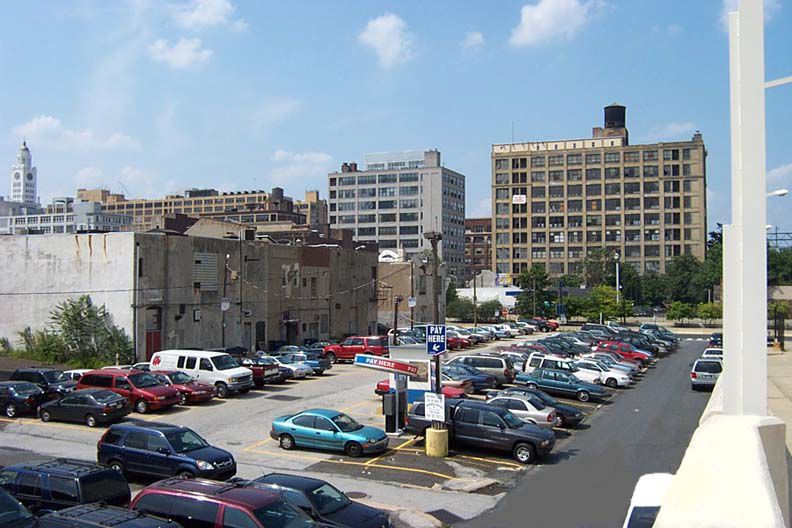 The site’s location next to the established residential and retail district, adjacency to the Convention Center, and proximity to the business district make the location equally suitable for residential, office, retail, and hotel development. Ideally, we would like to see a mixed-use complex that combines all these uses and properly addresses its promising yet challenging site.

For instance, an effective layout would place high-rise buildings on each of the main parking lots, set on wide, low-rise podiums that are perhaps styled in a traditional manner in order to harmonize with their prewar surroundings. The sidewalks along Spring Street would be widened into a cozy pedestrian promenade with retail on either side, which would integrate the development with the existing Spring Street corridor to the west. The east and south sides, facing the elevated ramp along Marvine Street and the Convention Center’s loading bays, respectively, would hold the development’s own loading and service areas (a mural on the elevated ramp would further improve the streetscape). The north side ought to be configured in such a way as to anticipate eventual decking-over and greening of the Vine Street Expressway.

We hope that the city considers upzoning the lot and the surrounding area, while offering increased protections to the existing prewar buildings in th4e vicinity. After all, the area, also known as the Convention Center District, may easily support much greater density than it is currently zoned for, given its close proximity to both the Market-Frankford and Broad Street subway lines, regional rail, PATCO, and the trolley system, as well as the Vine Street Expressway.