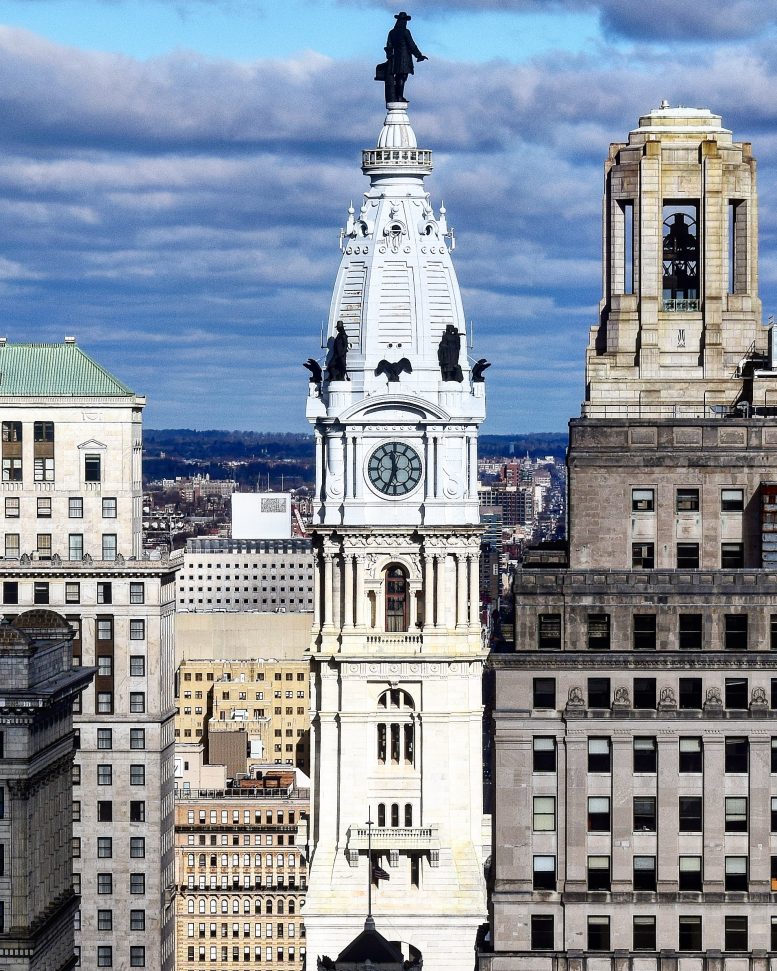 Philadelphia’s City Hall has loomed proudly in Center City since it topped out in 1894, but its tower continues to stand only thanks to several renovations. While the municipal floors of the building only rise nine stories high, the clock tower remains the largest freestanding masonry structure in the world to this day. The edifice is topped by a 37-foot-tall statue of William Penn, the founder of Pennsylvania, which brings the tower to a full height of 548 feet. The structure was designed by John McArthur Jr. and Thomas Ustick Walter, and was completed in 1901. In this feature, Philadelphia YIMBY takes a look back at the direly-needed renovation for the top of the clock tower that took place in the 1980s. 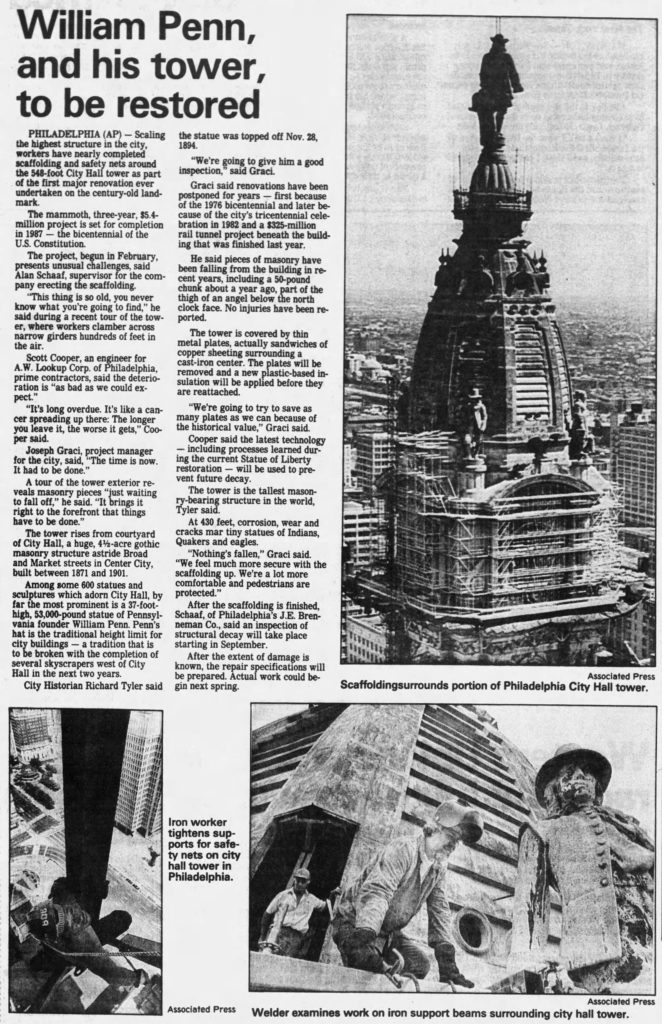 Scaffolding erection on City Hall. Images by The Morning Call

The original power source for City Hall was coal, which coated the top of the clock tower with dark soot. In the 1960s, the top of the tower was cleaned, turning the sooty gray pinnacle back to its original white color. In 1984, the same year Liberty Place was originally proposed, the city decided to have the top portion of the City Hall tower cleaned and renovated, as the steeple structure was becoming structurally compromised as it was utilizing wood framing that was approaching 90 years in age. 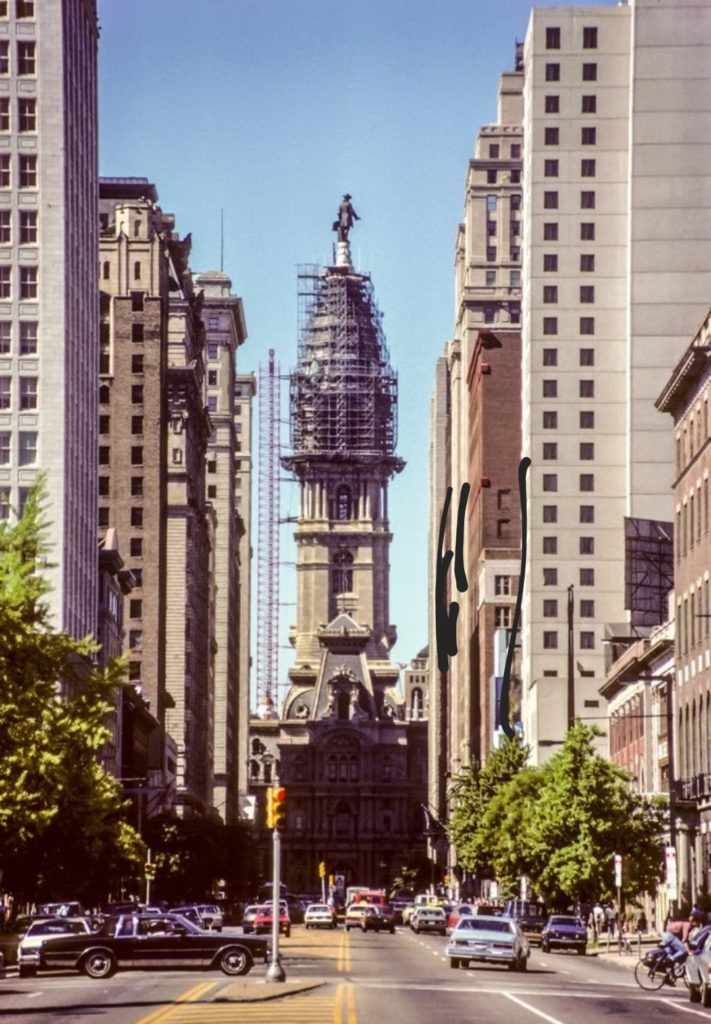 In 1985, scaffolding began to surround the portion of the tower nearest to the clock. The scaffolding was completed on July 15, 1986, when the entire curved steeple and statues were covered. In early September, the steel of One Liberty Place passed the Statue of William Penn, and On September 17th, the scaffolding was taken down around the statue for the Bicentennial celebration of the constitution. As the citizens made a demand to “Free William Penn,” the work was not completed until the summer of 1990, when the construction boom was finishing its work. The scaffolding was completely removed by August 1990, and by the next year the city was revived with a new skyline and a clean municipal building.