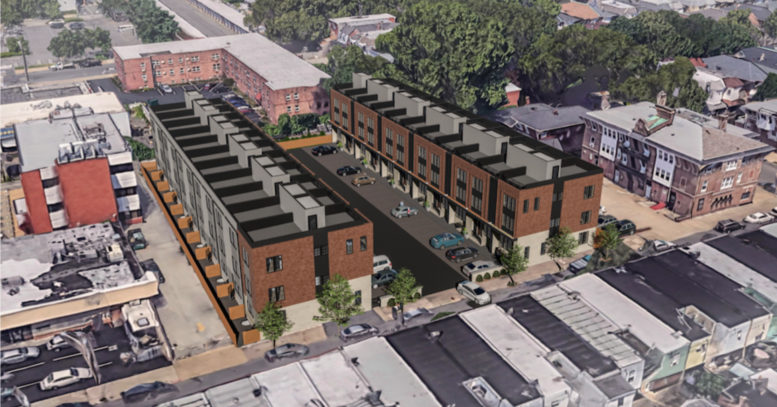 Foundation work is making rapid progress at Carrie’s Court, a development underway at 2616 South 18th Street in Girard Estates, South Philadelphia. Designed by Designblendz, the project consists of 22 three-story single-family homes, with two rows arranged on opposite sides of a central drive aisle. 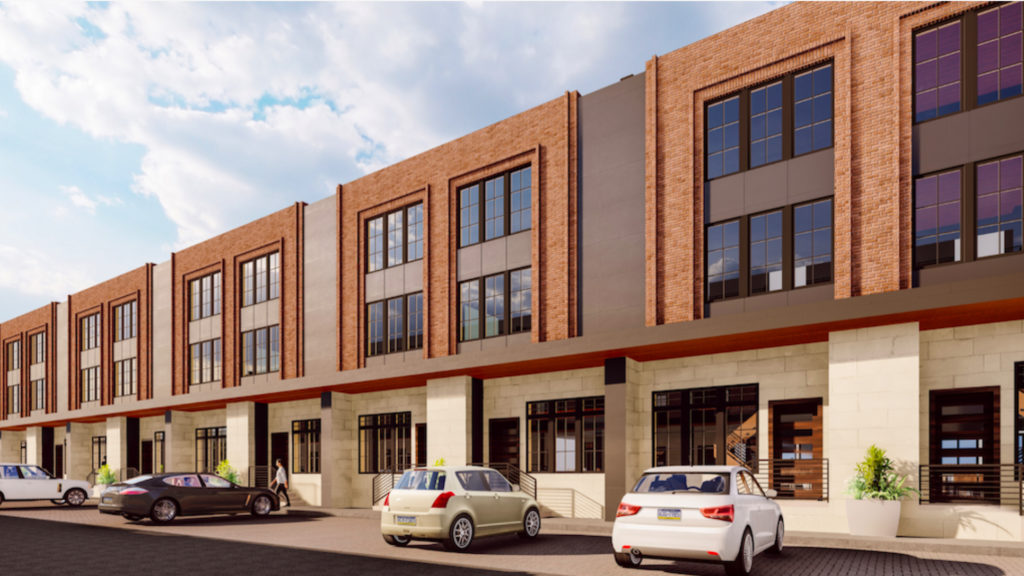 The new homes will feature fairly standard designs for new construction around the city. Most notable will be the brick used on the upper two floors, pleasantly framing fairly large industrial-styled windows. Gray cladding will act as a border to help separate different sections of the rows of windows. Cast stone on the ground floors will add detail that adds further texture to the design. For a more detailed look into the project, please visit our previous article on the development from February.

YIMBY’s last visit to the site, as seen in the above-linked article, revealed excavation progress. It appeared as though the southern row of homes was moving forward more rapidly, with work focused on this section of the project. At thar time, digging equipment had made considerable progress on the foundations, with concrete pours appearing on the horizon. 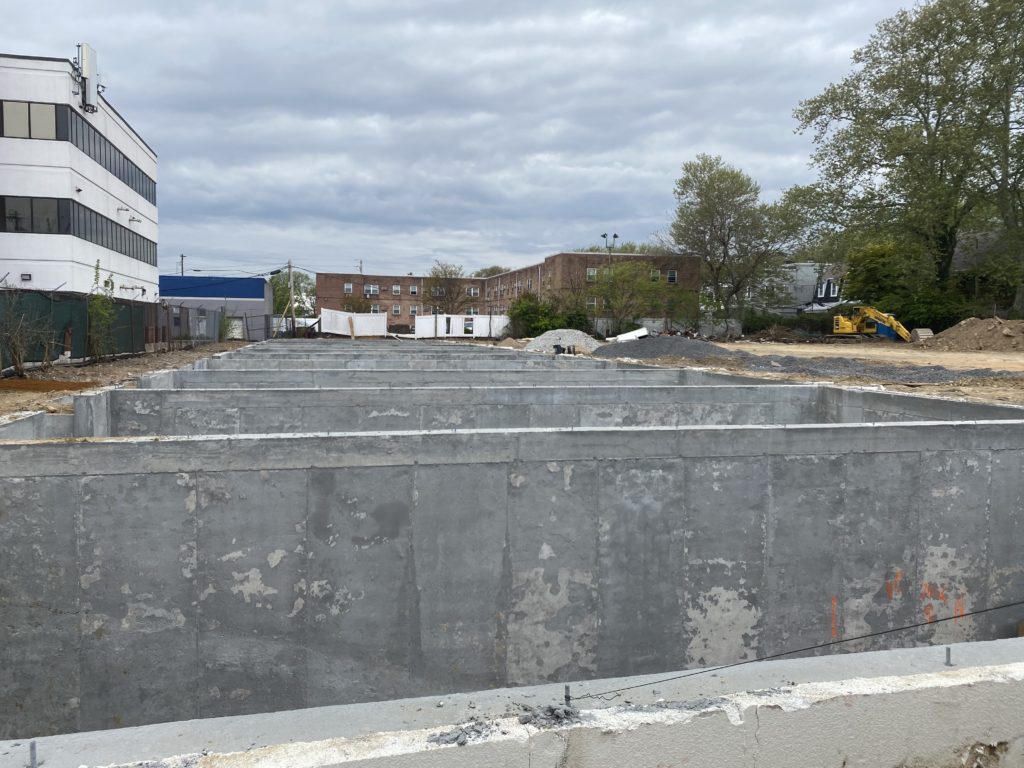 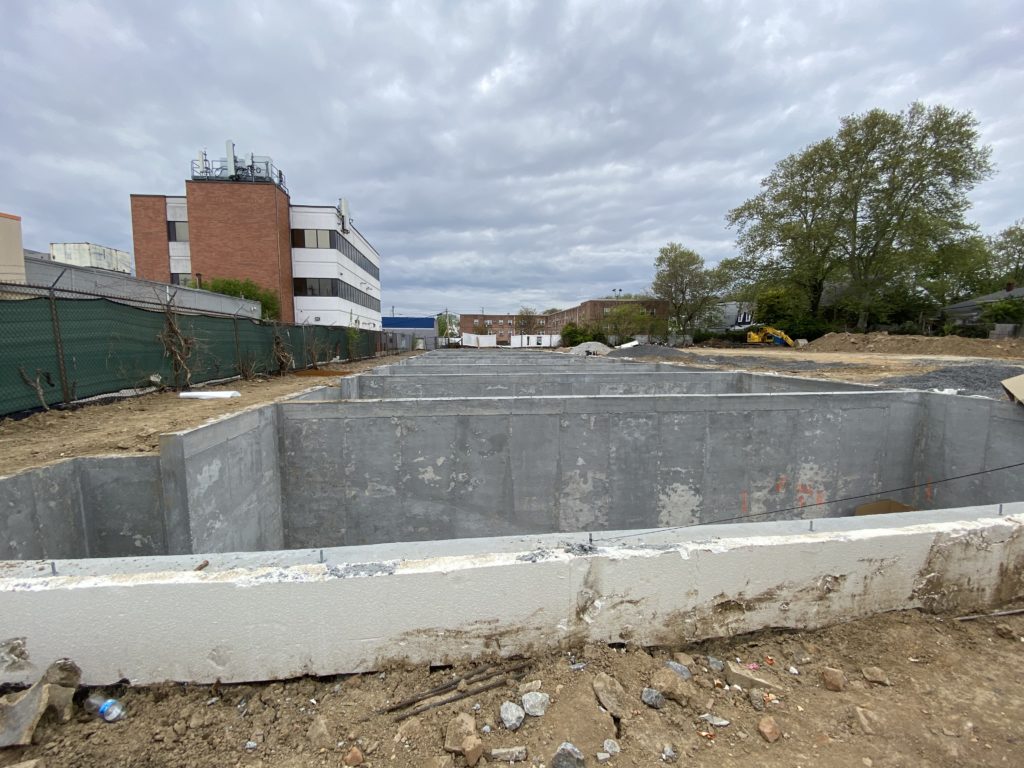 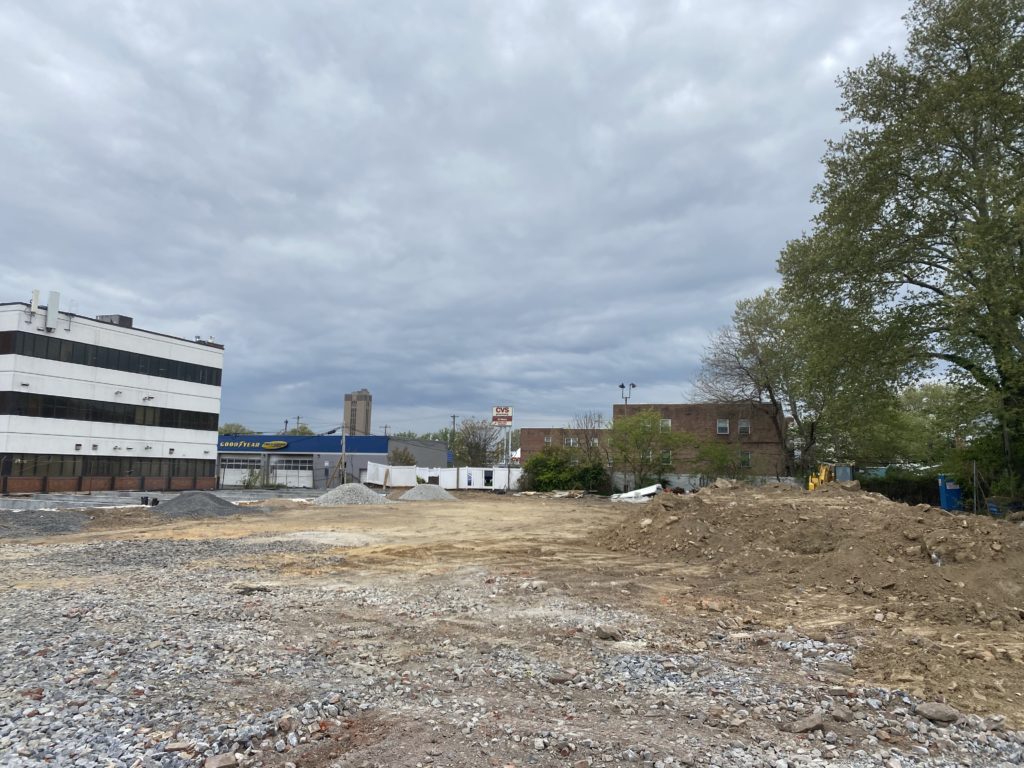 Our recent site visit has revealed a continuation of the trend seen in the previous report. The excavation at the southern row is now complete, with foundations being poured. Work now appears ready for framing, where the homes will look to go vertical very soon. An on-site banner advertises the homes’ ten-year tax abatement, two-car parking, and 3,000-square-foot area, among other features. The website for the project may be accessed here.

The new homes will be a great addition to the neighborhood as they will add housing stock to an area that saw limited new construction in recent years. As most obvious development-ready parcels have already been built upon, builders will now need to look farther south toward Oregon Avenue. If built-out correctly, Oregon Avenue has the potential to turn into a high-density commercial corridor. With prime transit access, which includes a station along the Broad Street, it is only a matter of time until this vision comes to fruition.