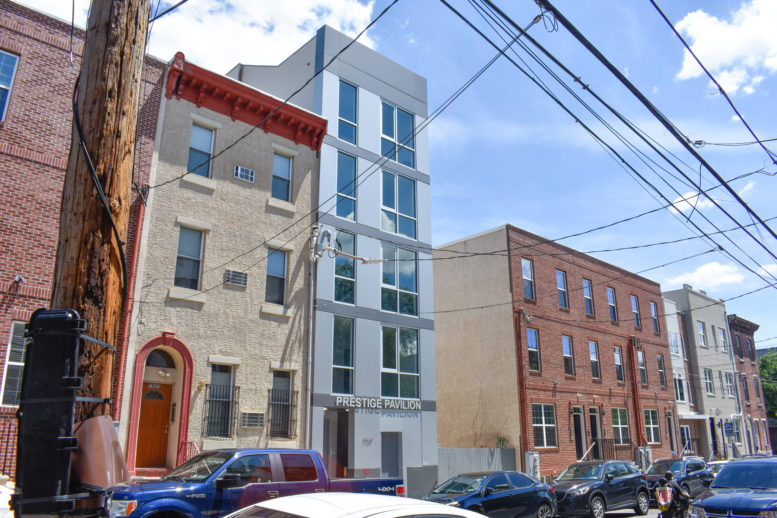 A recent site visit by Philly YIMBY has revealed that construction is complete at the Prestige Pavilion, a five-story, six-unit residential building at 1929 North 7th Street in North Philadelphia East near Temple University. Designed by Plato Marinakos, the building will rise five stories tall. The building will span 9,156 square feet and feature a roof deck and full sprinkling. Permits list Ofer Komerian of Prestige Design on Girard as the contractor and a construction cost of $900,000. 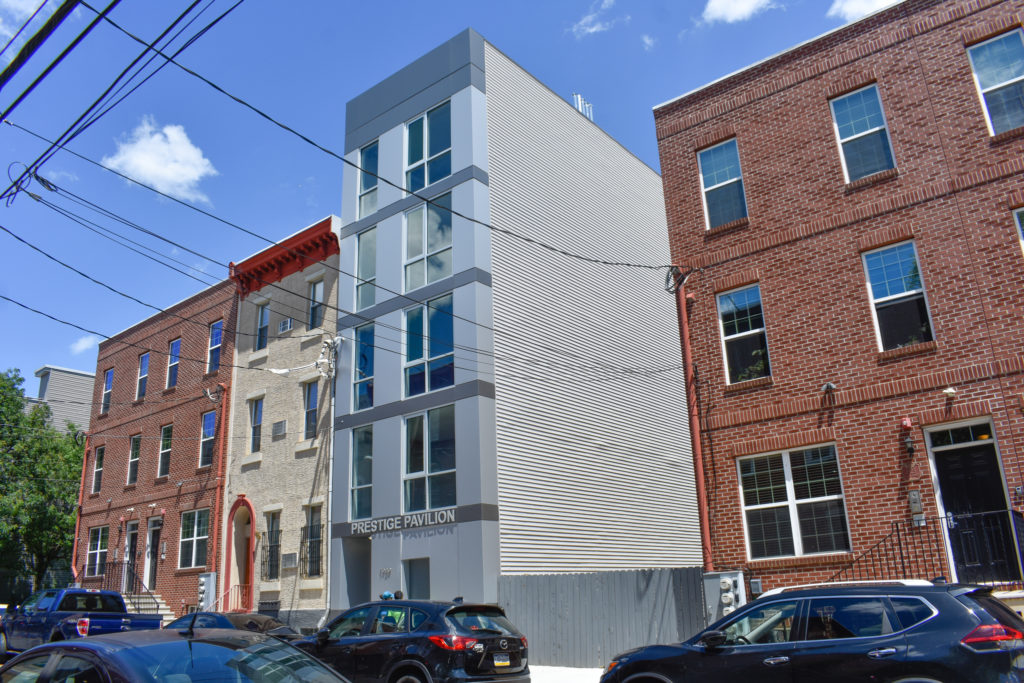 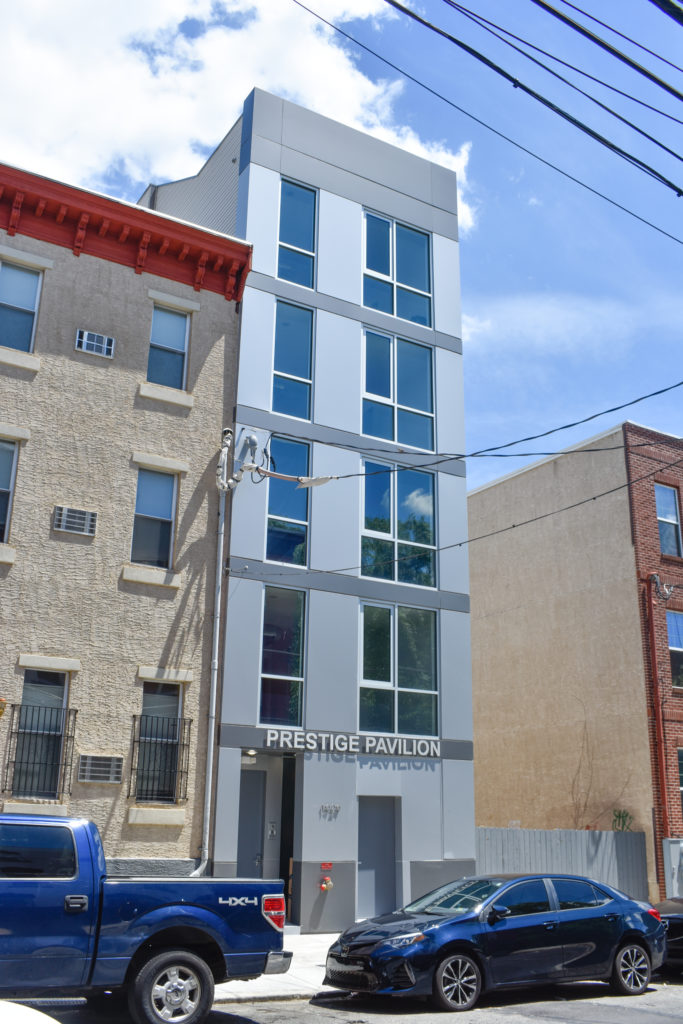 The building is located on the east side of the block between West Berks and West Norris streets, around six short blocks east of the Temple campus, putting the site well into the general orbit of the local real estate market targeted toward university students and faculty. Moreover, the Temple University regional rail station, situated around five short blocks to the west, provides convenient access to Center City, University City, and throughout the metropolitan area.

The building’s design stands out from its predominantly prewar surroundings with its simple, streamlined, decidedly vertically oriented facade of gray panels and floor-to-ceiling windows. However, the design is not unique: a series of buildings styled in the same manner, clad in the same materials, and also called “Prestige Pavilion” (with the title emblazoned upon the building front in every single instance) stand in a number of other locations throughout the neighborhood, notably along the North 7th Street block between master and Jefferson streets. There, the stylistic repetition and multiple identical instances of the same building name displayed throughout the block is a bit jarring; although we appreciate the power of branding, we encourage the developer to be a bit more creative in building naming. However, since the building at 1929 North 7th Street stands rather removed from similar other properties, its appearance is quite appealing despite its overt plainness.

A two-bedroom, two-bathroom apartment is currently available for rent for $2,100.