Permits have been issued for the construction of a 17-unit multi-family building at 2213-15 North Broad Street in North Central Philadelphia. Designed by Designblendz, the building will rise five stories tall, with a commercial space on the ground floor and a roof deck. In total, the structure will hold 14,225 square feet of space, with construction costs estimated at $3 million. 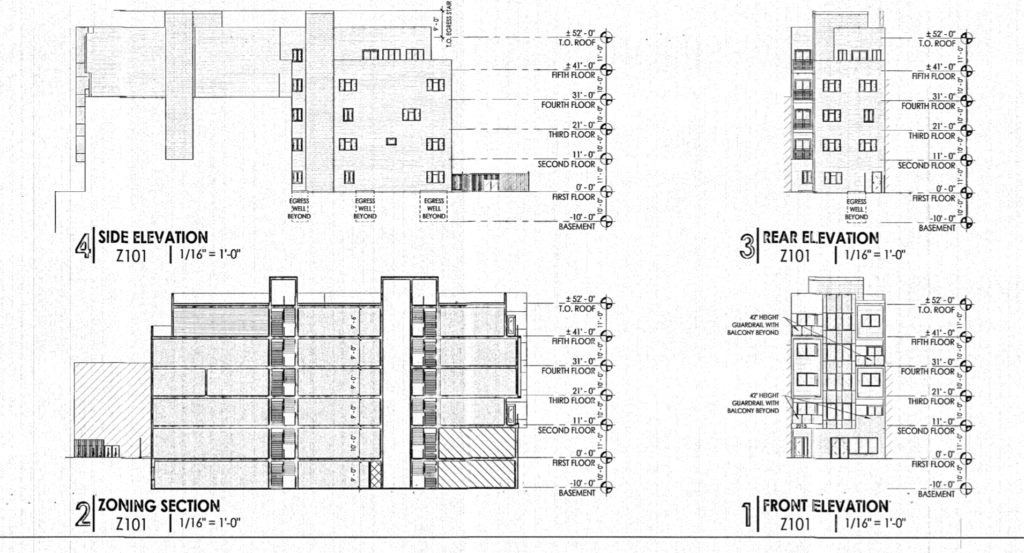 The building will feature a modern exterior, primarily composed of red brick that will rise the entirety of the structure’s height. A prominent bay windows on the upper floors appears to be coated in grayish-black stucco. An attractive cornice caps the structure, while large windows will be located on the lower extreme of the future building.

The new building will rise on what is currently a vacant lot. A chain link fence separates the site from the street. To the north, a pair of attractive rowhouses still stand, while a more modern multi-family building is the site’s neighbor to the south. The site itself consists of nothing but a grassy lot, though a sizable street tree sits on the sidewalk. 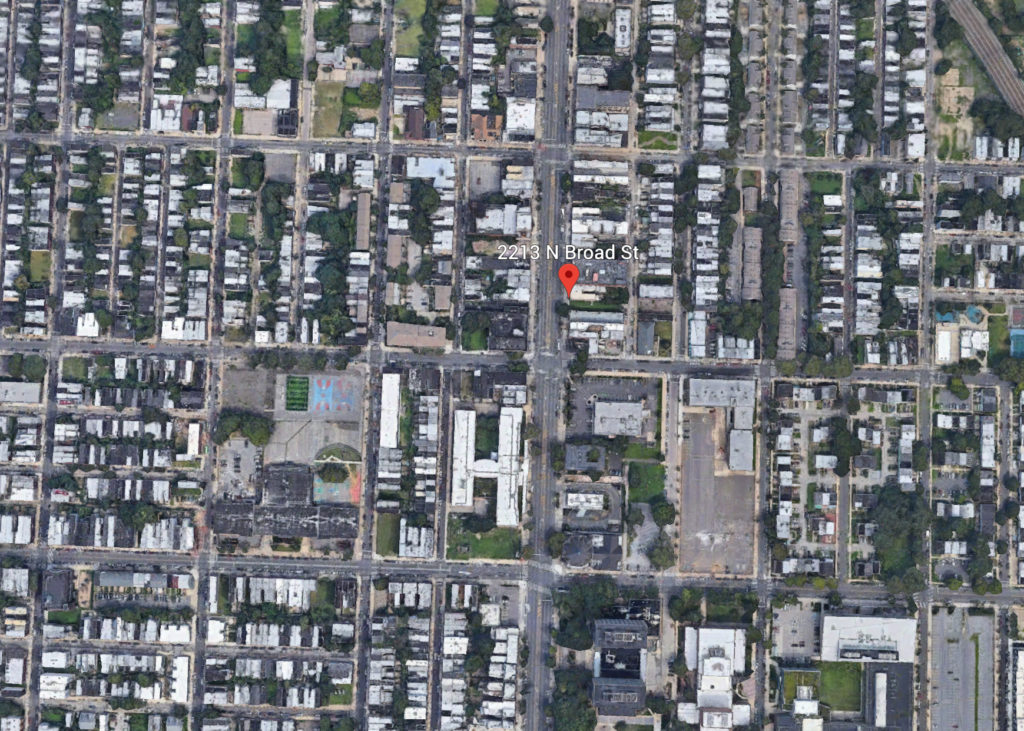 The new structure will be a fantastic addition for the site, replacing a completely underutilized property with an urbane mixed-use building. The commercial space at the ground floor will be a solid addition to Broad Street, while the residential units will be located directly adjacent to subway access to the Broad Street Line, as well within a short walk to Temple University to the south.

Broad Street in its present existence, however, is rather wide and not entirely pedestrian friendly, with its multiple lanes of traffic and speeding cars. Hopefully, a road diet can be implemented on this stretch of North Broad, which would greatly increase its overall appeal as a commercial corridor.