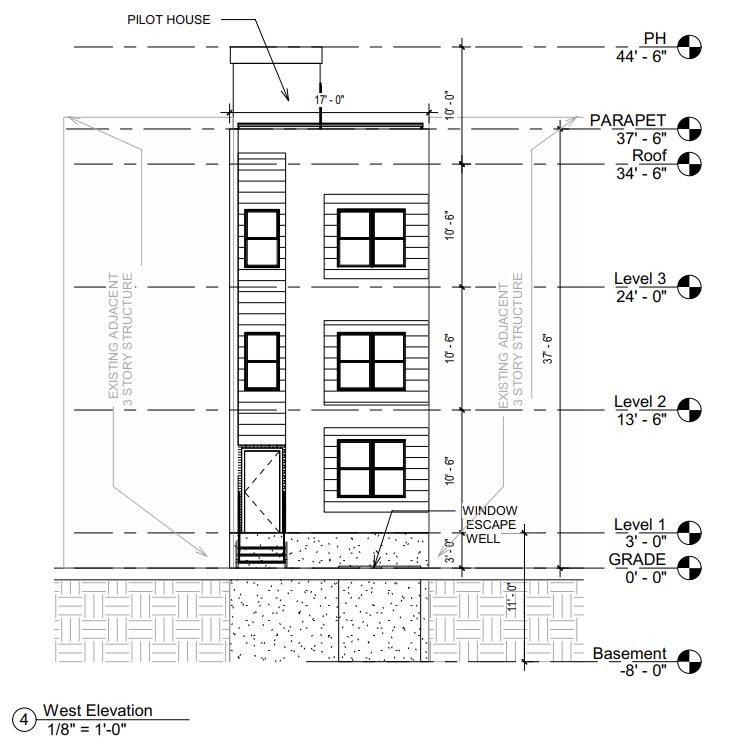 Last August, YIMBY reported that permits were issued for the construction of a three-story, three-unit apartment building at 1425 North 7th Street in Ludlow, North Philadelphia. Our recent site visit, however, has revealed that, nearly a year since, no construction has yet taken place for the proposed structure. Designed by SanBarDesign, the structure will span 3,369 square feet and will feature a cellar, a 753-square-foot roof deck, and roughly nine-foot ceilings. Permits list Santech Construction Corp. as the contractor and a construction cost of $230,000.

1425 North 7th Street. Credit: SanBarDesign via the City of Philadelphia 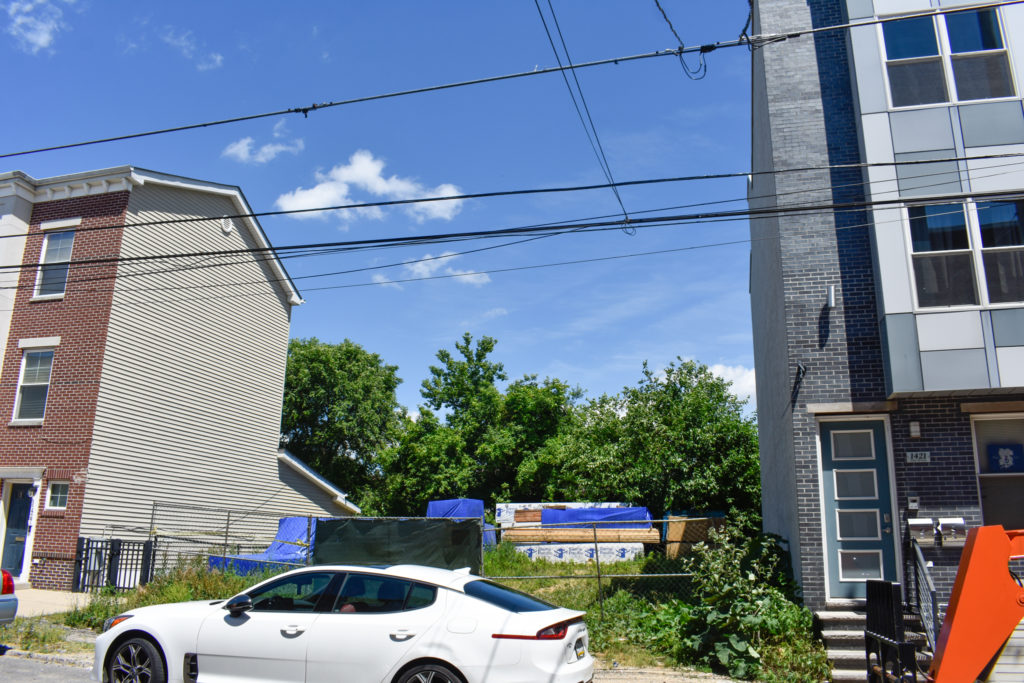 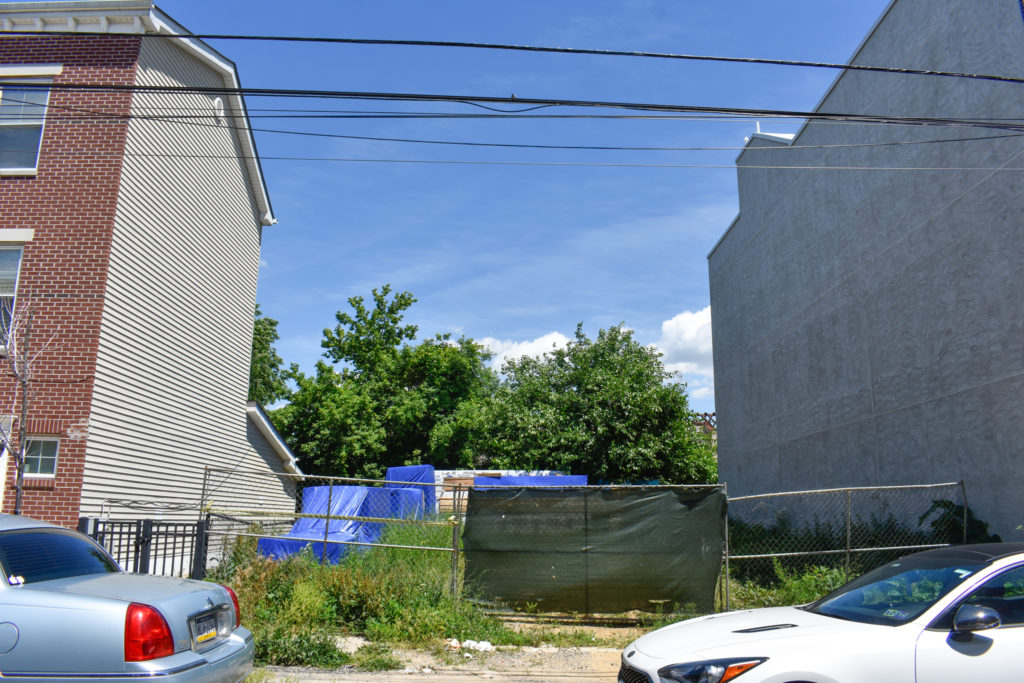 Documents submitted with the Planning Department show a rather standard-looking rowhouse structure that will measure 17 feet wide and stretch 66 feet long, and rise nearly 38 feet to the parapet and nearly 45 feet to the top of the pilot house. The street-facing façade will be partially treated in horizontal siding, with a patchwork design that will likely resemble the general style of similarly-scaled low- and mid-rise buildings that have gone up on nearby sites on the block in recent years. 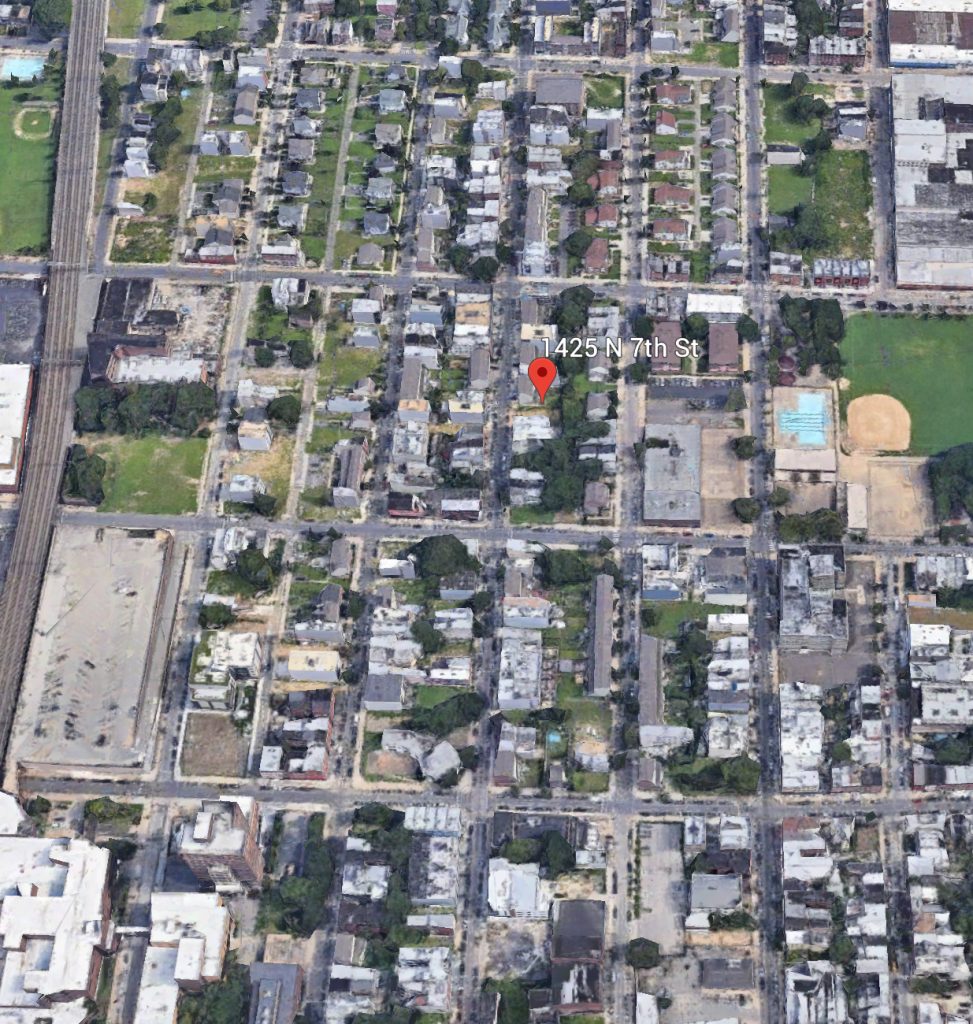 The property is situated on the east side of the block between Master and Jefferson streets. Like much of North Philadelphia, the working-class, rowhouse-lined neighborhood of Ludlow has been decimated by the unfortunate postwar phenomenon of depopulation and subsequent demolitions, although not as severely as the neighborhoods to the north. Similarly, like much of the area within the general radius of Temple University (the campus is situated within a ten- to 15-minute walk to the northwest of 1425 North 7th Street), the neighborhood saw a steady influx of new development since the turn of the millennium.

Over the course of the past ten-plus years, the once-devastated block, comprised mostly of vacant lots, has been nearly completely built out with new three-to four-story residential buildings, a pleasant number of which boast rather attractive historicist styles. Also notable is an unusually large number of tall-windowed, gray-panel-clad developments each titled “Prestige Pavilion,” with the name emblazoned at each façade (YIMBY covered one such building’s completion further up the street at 1929 North 7th Street yesterday). Such insistent visual and textual repetition throughout the block creates a somewhat uncanny effect, yet we are still pleased with the abundance of dense residential housing stock such development brings to the long-distressed neighborhood.

Be the first to comment on "Construction Anticipated at 1425 North 7th Street in Ludlow, North Philadelphia"