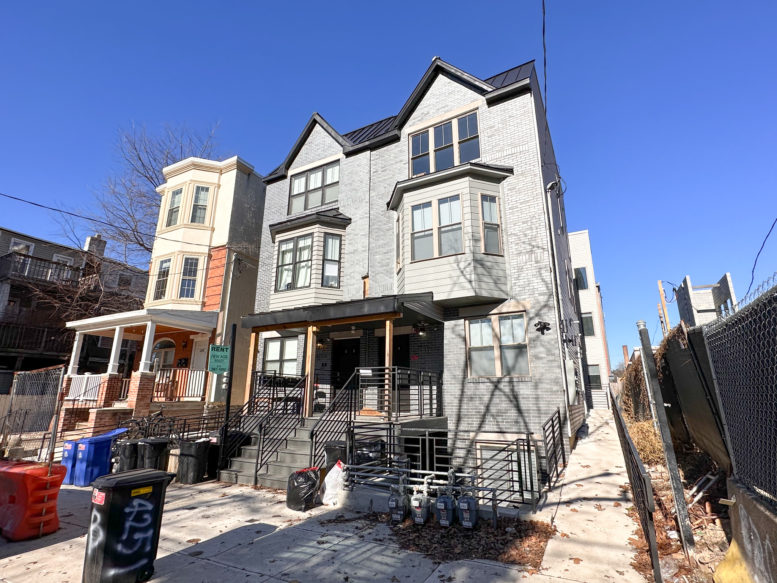 A recent site visit by Philly YIMBY has noted that construction work is complete at a three-story, four-unit multi-family building at 4251 Sansom Street in Spruce Hill, West Philadelphia. The structure stands on the north side of the block between South 42nd and South 43rd streets, just to the east of its twin at 4253 Sansom Street, which was completed around a year earlier. Designed by Kore Design Architecture, the structure spans 5,613 square feet, which translates to a generous 1,403 square feet per unit. Permits list Northeast Builders LLC as the contractor and specify a construction cost of $400,000. 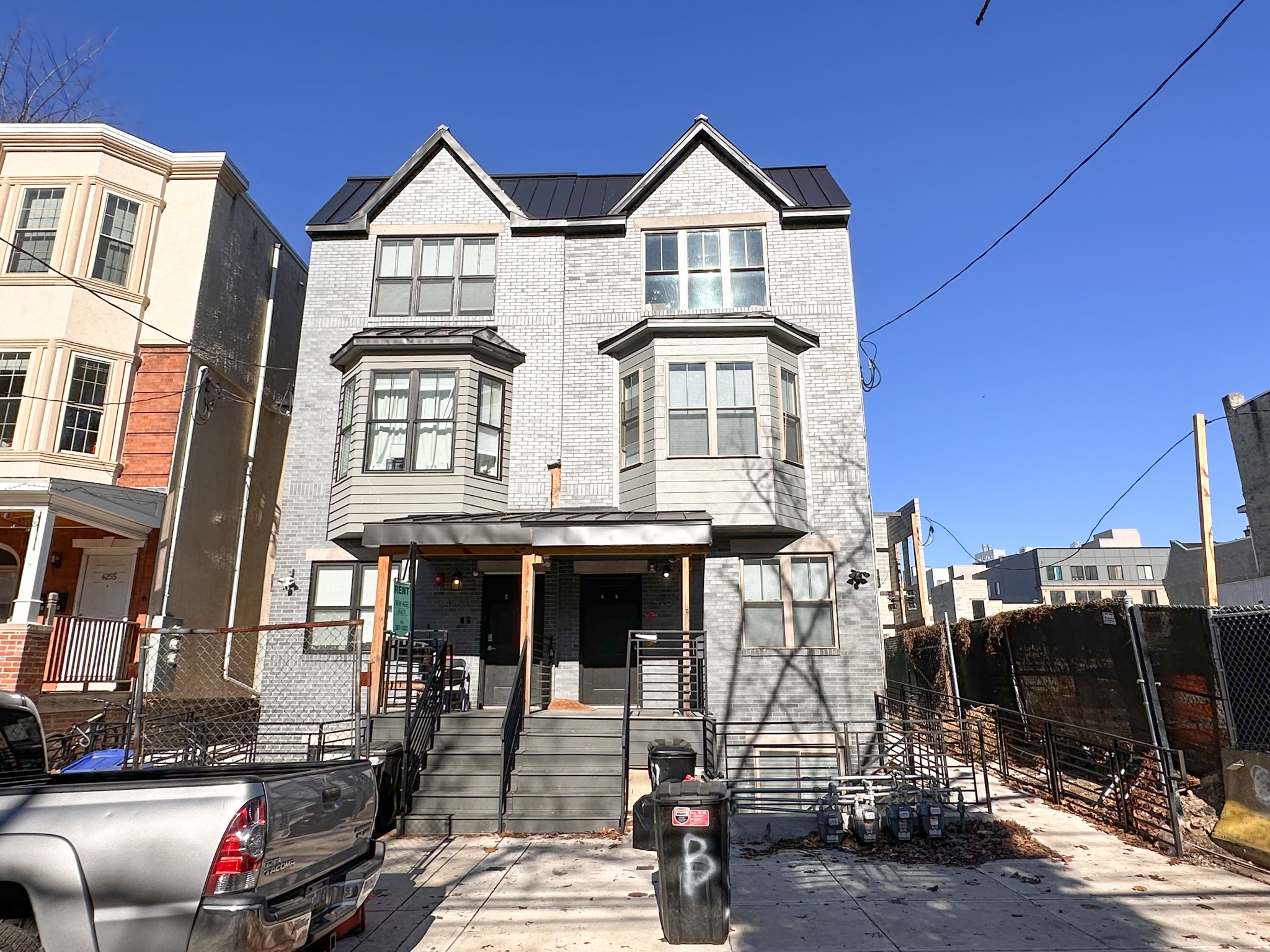 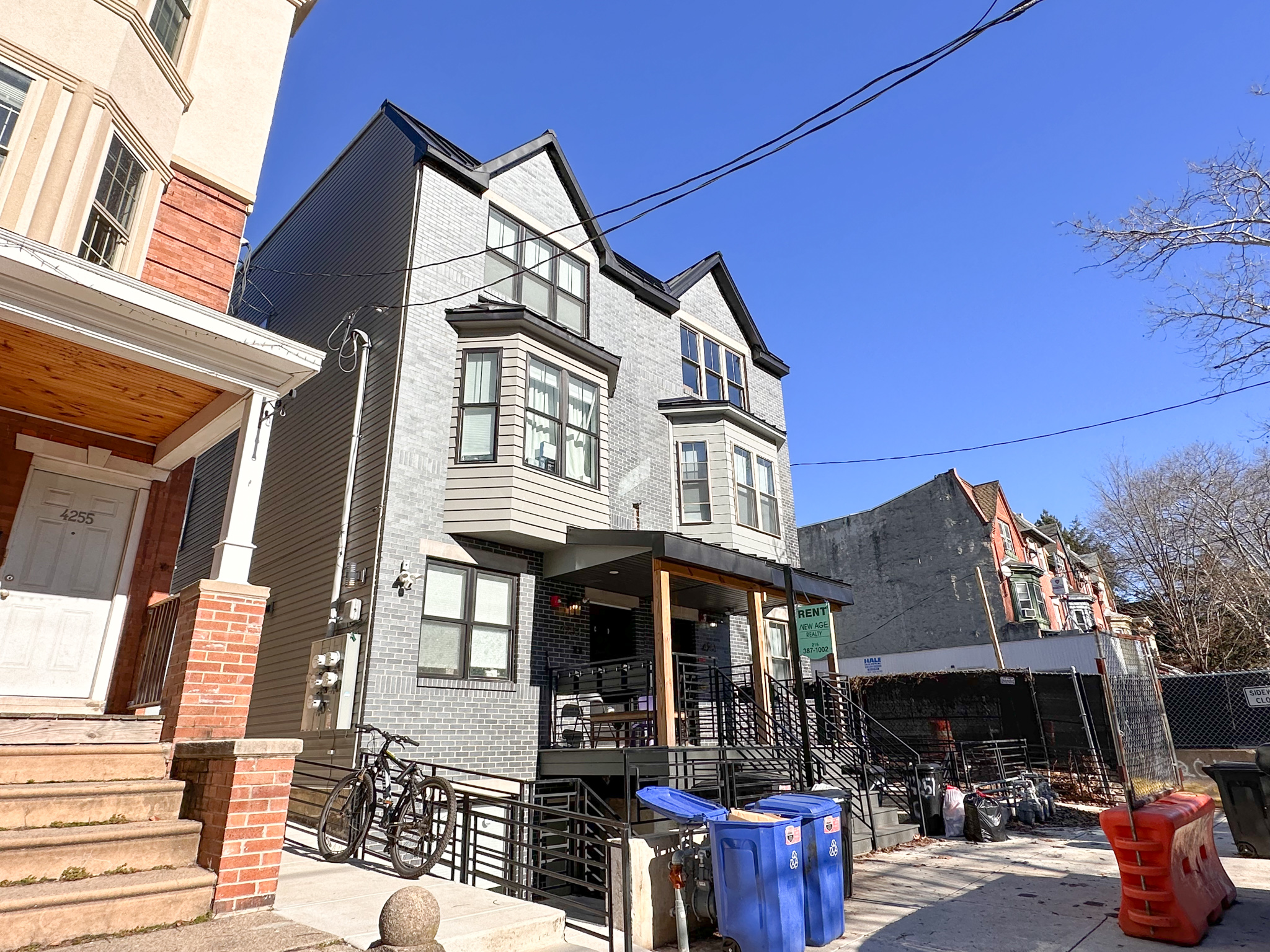 The building rises 33 feet to the main roof, five feet short of the local height limit, 37 feet to the top of the parapet, and 43 feet to the pilot house. The structure is considerably set back from the street, with a six-foot yard and an eight-foot-deep porch in the front. The structure measures around 19 feet wide and 67 feet long, leaving space for a nine-foot-deep rear yard.

The rather dry listing of specs and figures conceals a rather remarkable feat, at least for current construction throughout the city. The above-mentioned dimensions, as well as articulation details such as the covered porch, second-story mansard window, and a gable-fronted mansard roof, almost perfectly match those of the prewar rowhouses that line the street further to the east. Certainly, the new buildings are somewhat more severe than their counterparts, and perhaps the gray brick facade may have been swapped for more context-appropriate red brick. Still, considering how little design consideration and stylistic homage is put into many similar-scaled new projects throughout the city, the building pair at 4251 Sansom Street and 4253 Sansom Street is to be admired.

Unfortunately, while 4253 Sansom Street rises from a vacant site, 4253 Sansom Street replaces an ornate two-story prewar rowhouse that is even better-looking that the new building. Its red brick facade densely articu7lated enclosed front porch, and delightful blue and light accents are far more attractive than the new building that rose in its place. Although we would much rather seen the original building preserved, at the very least there is some consolation in the fact that its replacement offers an unusually accurate homage to the local context. 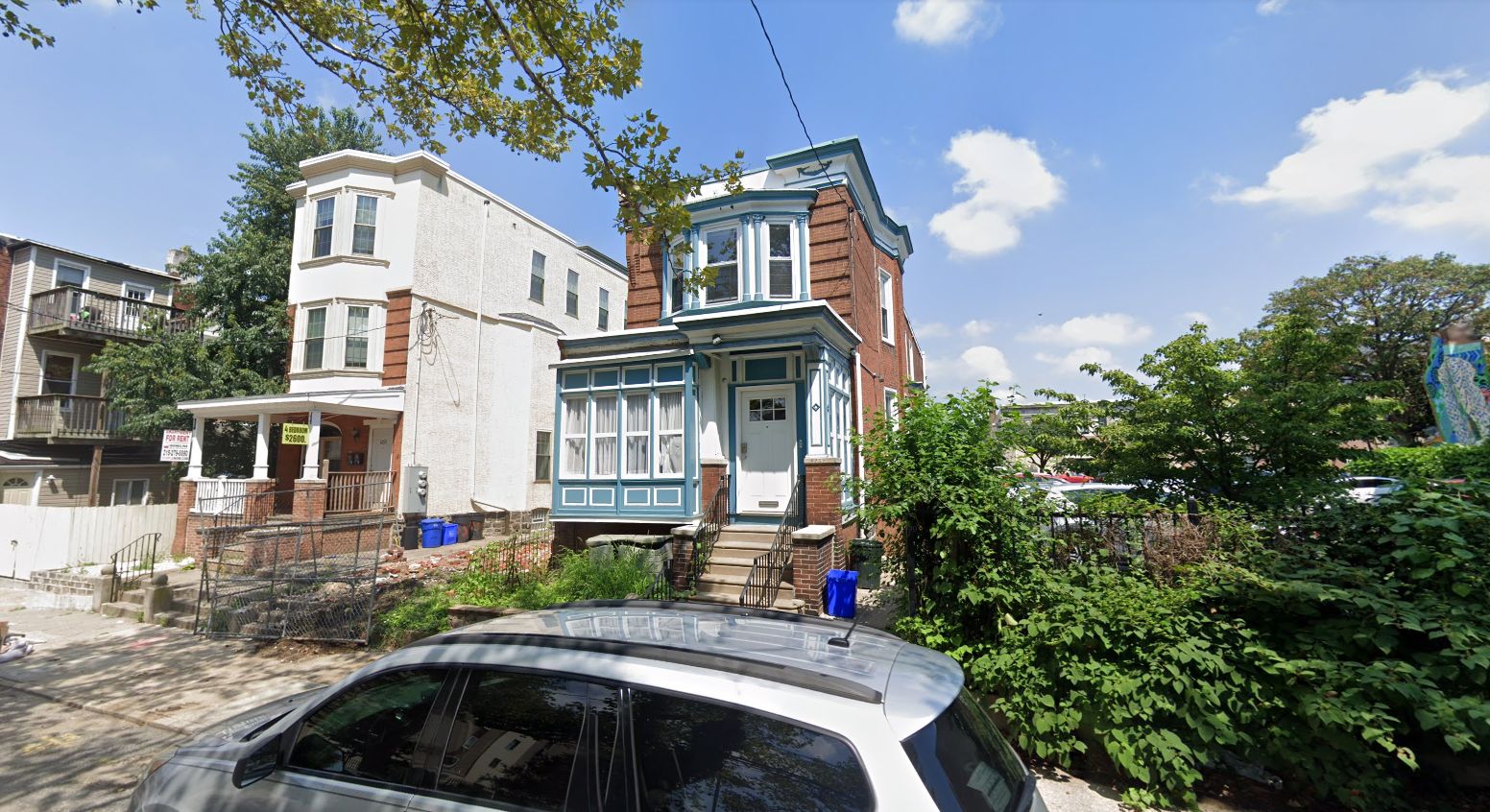 The 40th Street Station on the Market-Frankford Line and the route 10 trolley are situated within three blocks to the northeast, and University City may be reached via a short walk further to the east.

Be the first to comment on "Construction Complete at 4251 Sansom Street in Spruce Hill, West Philadelphia"