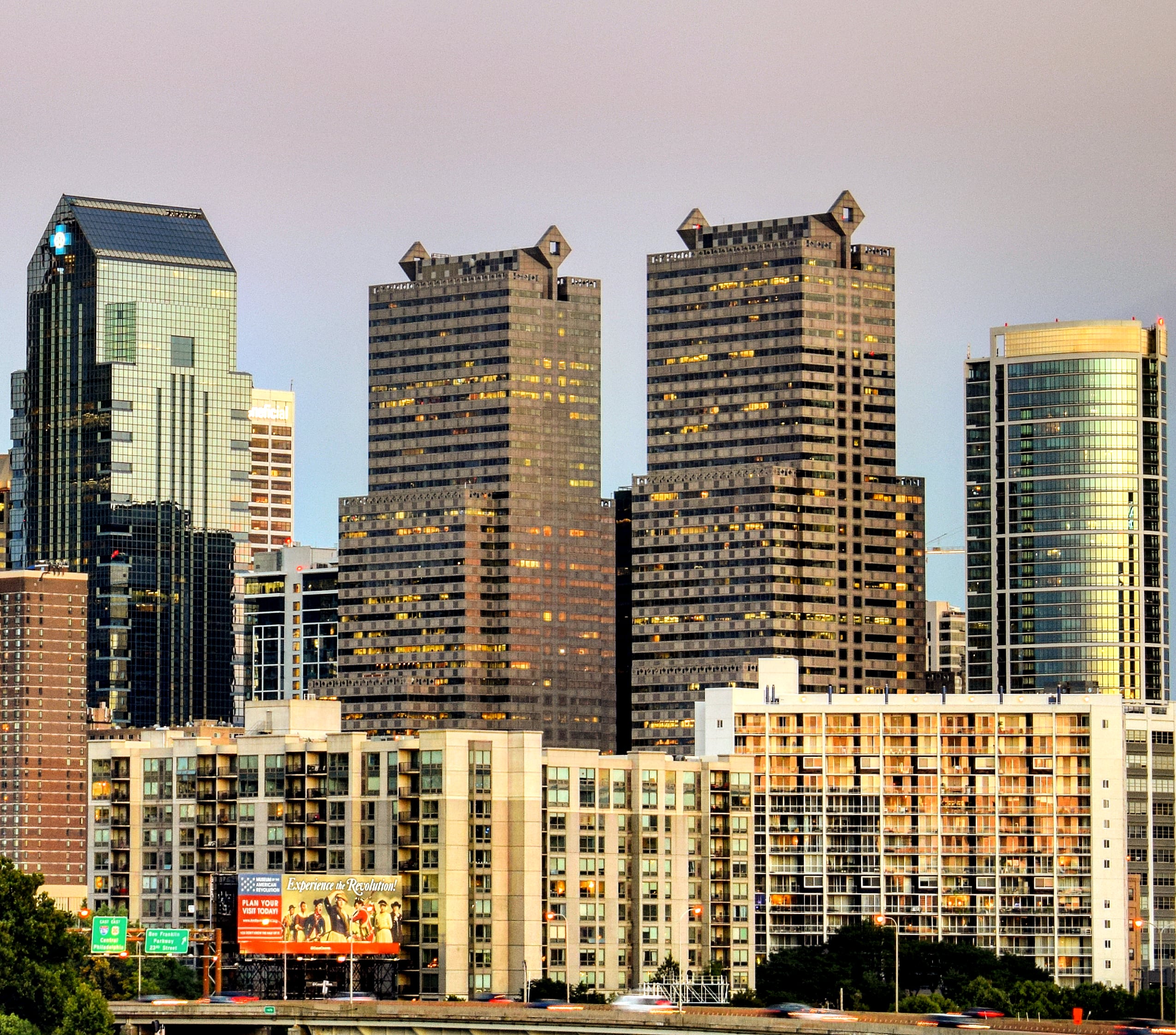 In 1987, construction was finished at One Commerce Square in Center City, with the building opening in October, but the complex was still unfinished as a second tower was planned. Two Commerce Square would rise at 2001 Market Street to the west of the first building, filling in a gap between the finished structure and the Independence Blue Cross Tower. The second tower rises 565 feet and 41 stories tall. Designed by I. M. Pei and Partners and developed by Maguire Thomas Partners of Los Angeles, the Commerce Square complex was completed in 1992 and this became last structure built in the 1980s boom after the unofficial Gentleman’s Agreement height limit was eliminated.