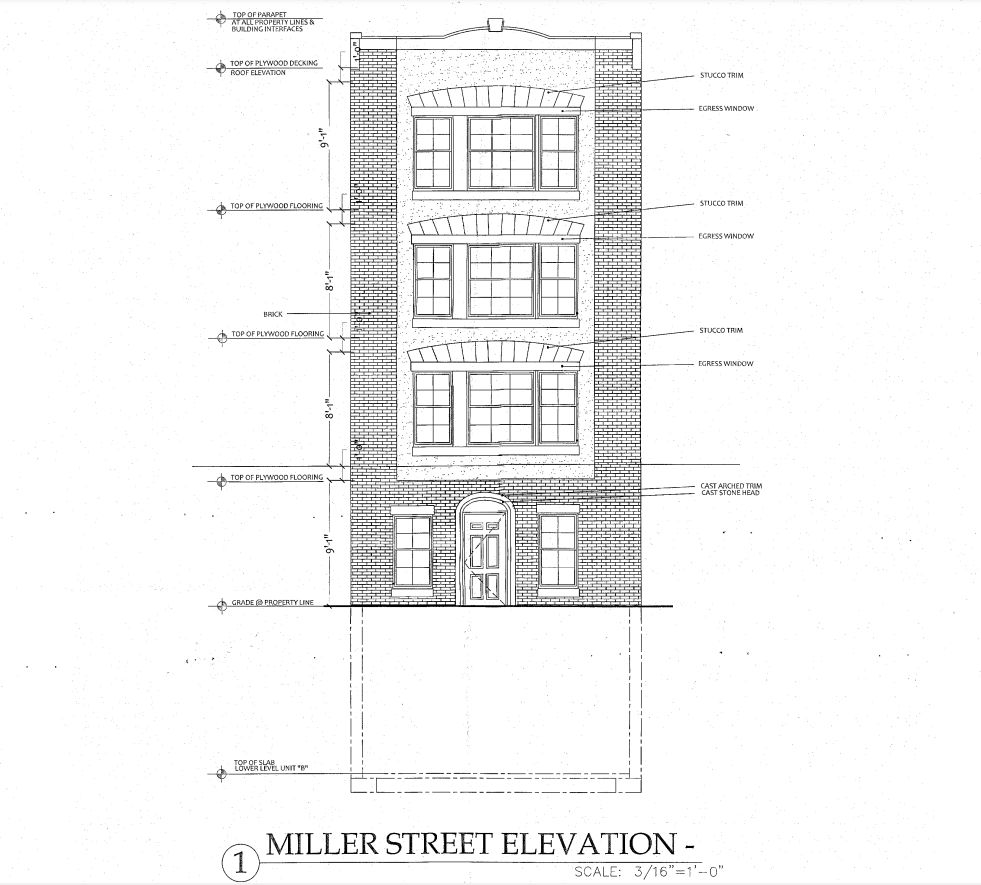 A recent site visit by Philadelphia YIMBY has shown that construction has not yet started for a single-family dwelling proposed at 2846 Belgrade Street in Port Richmond, Kensington, although permits have been issued in October 2020. The development was originally planned as an expansion of the existing structure, which is situated on the northwest side of the block between East Somerset and East Auburn streets. It appears that the latest plans for the through-block lot call for an unspecified “change of use” for the existing rowhouse at Belgrade Street and construction of a new single-family building on the Miller Street side, which, in a blueprint produced by Agim Belulaj, is shown as a four-story structure designed in a traditionally inspired manner.

A zoning permit has been filed for the construction of a single-family residential structure at 2846 Belgrade Street in Port Richmond, Kensington. The site is located on the north side of the block between East Somerset Street and East Auburn Street. The attached structure’s footprint will span 1,000 square feet. Agim Belulaj and Majlinda Belulaj are the listed owners.