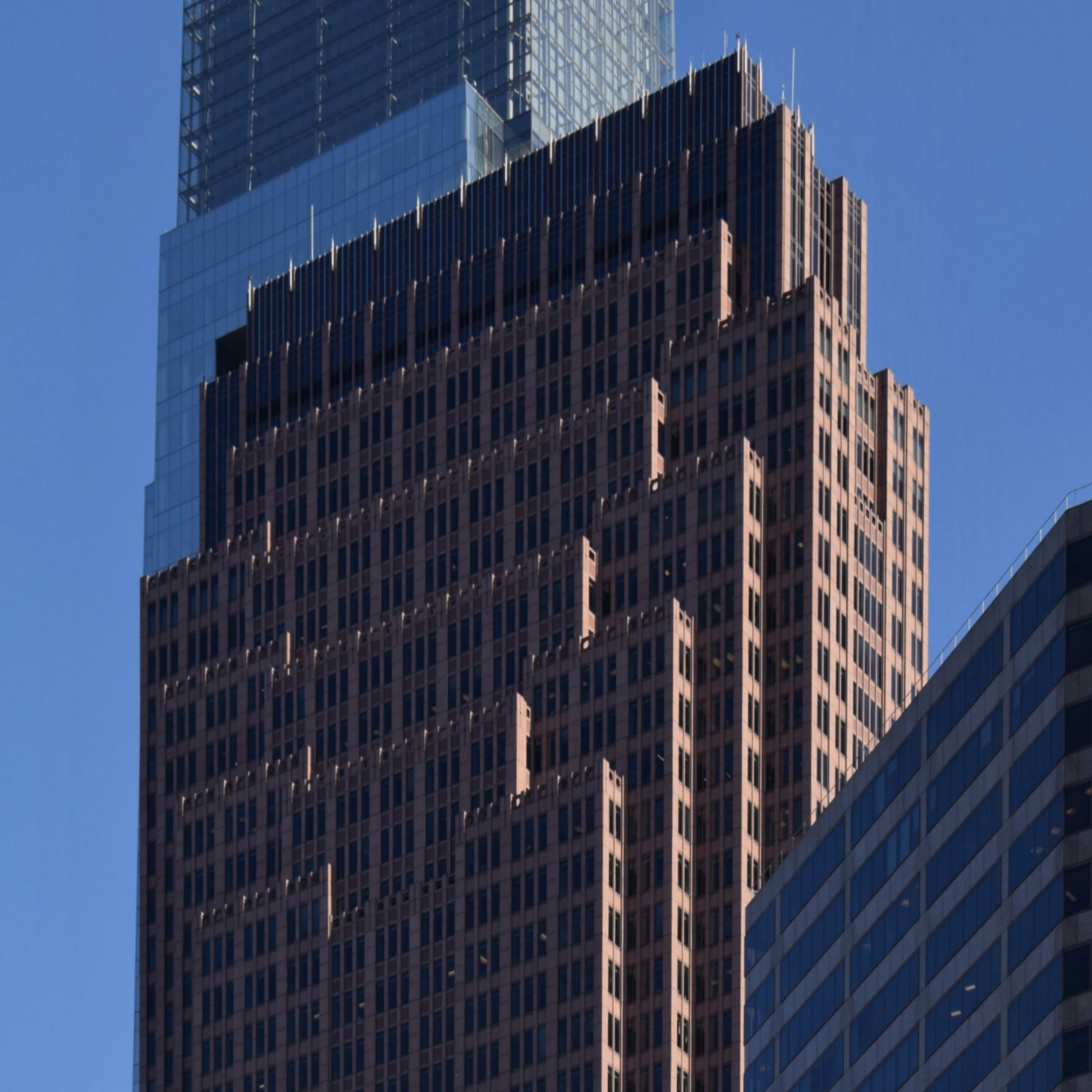 The construction boom of the 1980s brought a new generation of skyscrapers, many of which still make up the principal mass of the Philadelphia skyline. One of these skyscrapers is the Bell Atlantic Tower at 1717 Arch Street, now known as Three Logan Square. Designed by designed by Kling Lindquist, the building stands at an imposing height of 739 feet and 55 stories. The all-steel structure was constructed by Turner Construction. The skyscraper, located in the Logan Square neighborhood of Center City, has a notable presence both during day and night, as the cladding features an eye-catching mix of colors as well as incredible nighttime lighting.

In the 1980s, new skyscraper proposals surged after the proposed Liberty Place project was poised to break the 548-foot height limit established by the tower of City Hall. Five of the proposals now stand in the skyline, which include the 739-foot-tall Bell Atlantic Tower at 1717 Arch Street in Logan Square, Center City. Designed by Kling Lindquist, the setbacks of the 55-story skyscraper were partially inspired by structures such as the Empire State Building and One Liberty Place, which itself is similar to the Chrysler Building. Brandywine Realty Trust has owned the skyscraper since 2010, and is now officially known as Three Logan Square. Today Philly YIMBY looks at the alternate designs that were once considered for the structure.