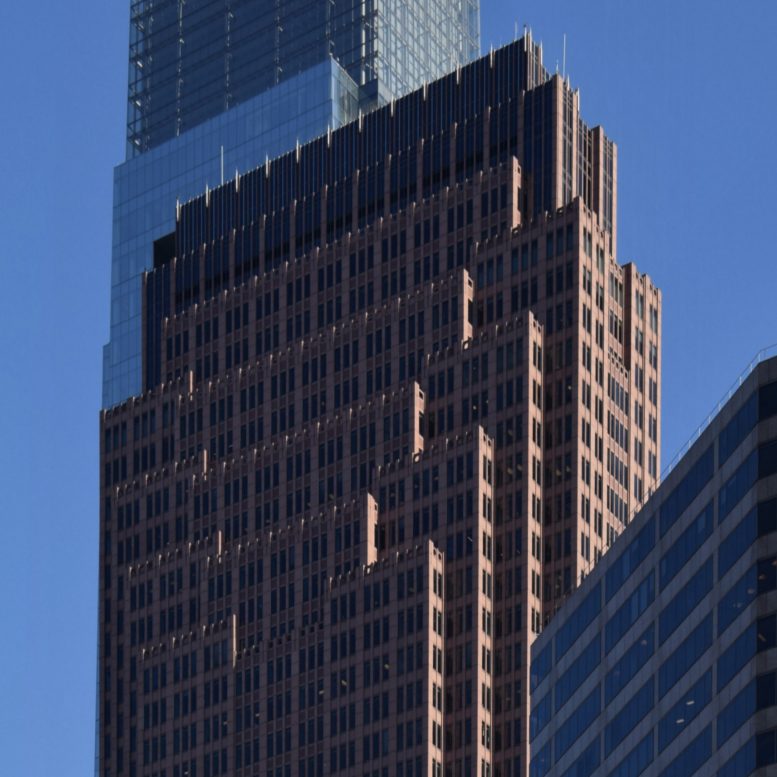 The construction boom of the 1980s brought a new generation of skyscrapers, many of which still make up the principal mass of the Philadelphia skyline. One of these skyscrapers is the Bell Atlantic Tower at 1717 Arch Street, now known as Three Logan Square. Designed by designed by Kling Lindquist, the building stands at an imposing height of 739 feet and 55 stories. The all-steel structure was constructed by Turner Construction. The skyscraper, located in the Logan Square neighborhood of Center City, has a notable presence both during day and night, as the cladding features an eye-catching mix of colors as well as incredible nighttime lighting. 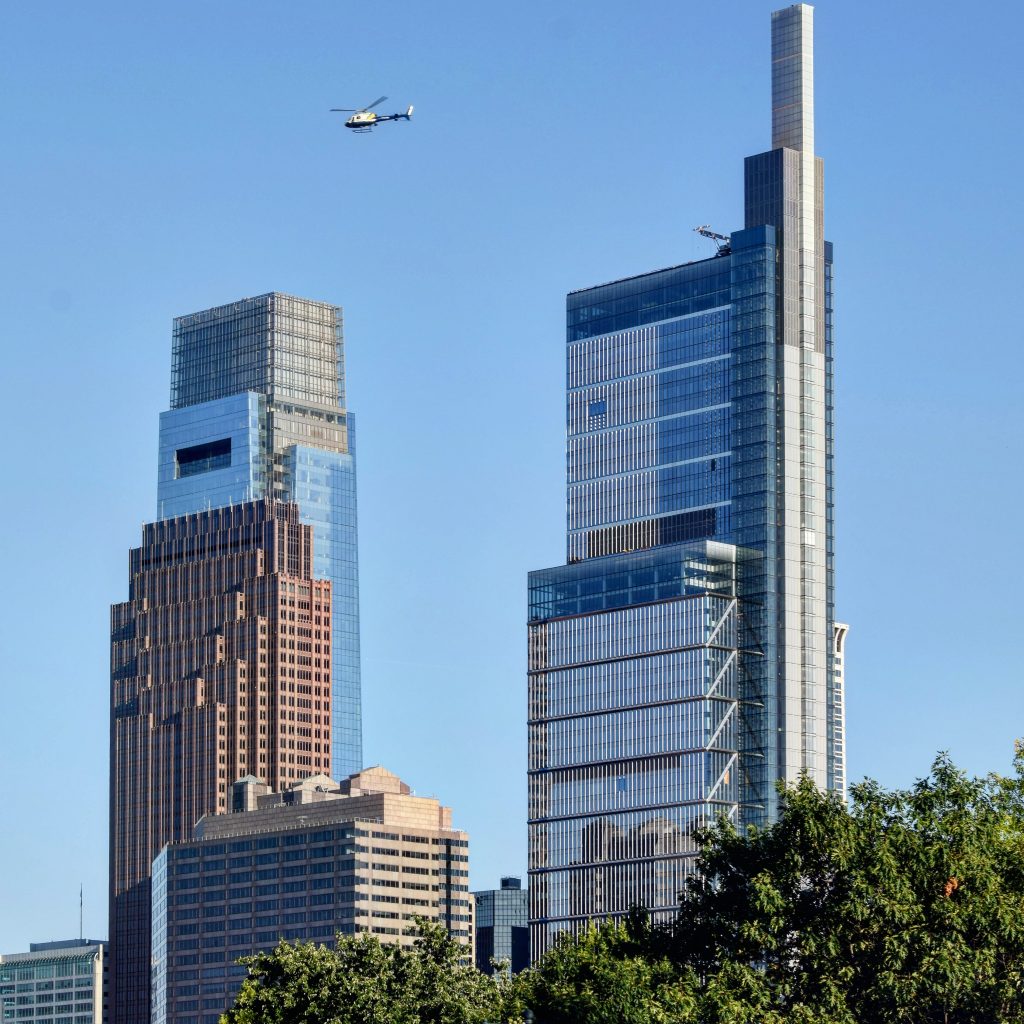 The unique building stands blocks away from the three pointed towers to the south – One Liberty Place, Two Liberty Place, and Mellon Bank Center. The tower was announced at the very beginning of 1987 and the started construction in the same year, with steel rising above ground by the summer of 1988. The steel rose at a rapid pace, with the tower topping out on February 23, 1989. At the time, the cladding was halfway up the building. The cladding reached the top of the tower by the very end of 1989. 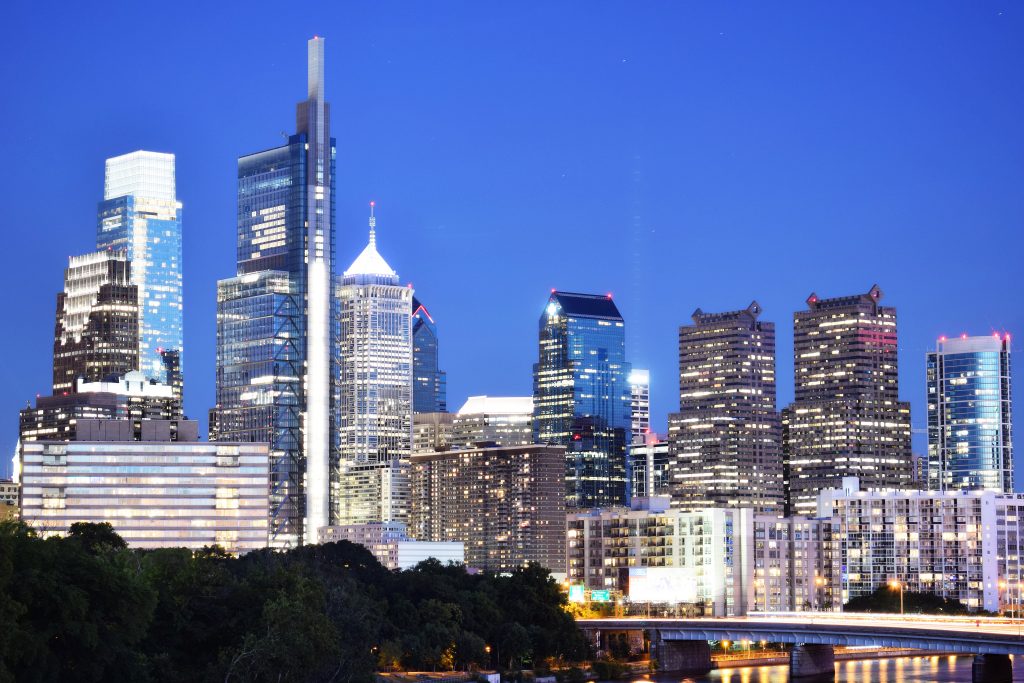 The tower has stood out noticeably in the skyline for nearly two decades, as the red granite cladding makes for a look distinct unique from the nearby skyscrapers. In 2006, the Comcast Center was rising out of the ground to eventually be topped by the next summer, blocking the Bell Atlantic Tower from the south. Flash forward to over a decade later, and now two Comcast towers greatly block the tower from view, with only glimpses visible from the south. Still, the building looks at its best during sunrise and sunset as when it is engulfed in sunlight that brings out the tower’s color.