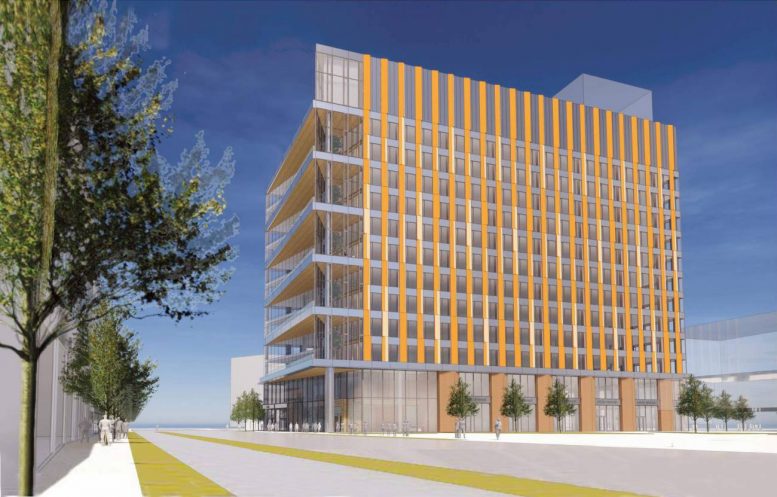 It’s no secret that Schuylkill Yards is bound to change the University City skyline, but what is kept secret is the development at Schuylkill Yards until they’re revealed. The mega development was unveiled at the beginning of summer 2016 with out-of-this-world proposals, but it turns out they were all placeholders, since 3001 and 3025 John F. Kennedy Boulevard were officially unveiled last year. Fast forward to 2020, and 3151 Market Street has also been formally revealed, and it will stand 185 feet tall. 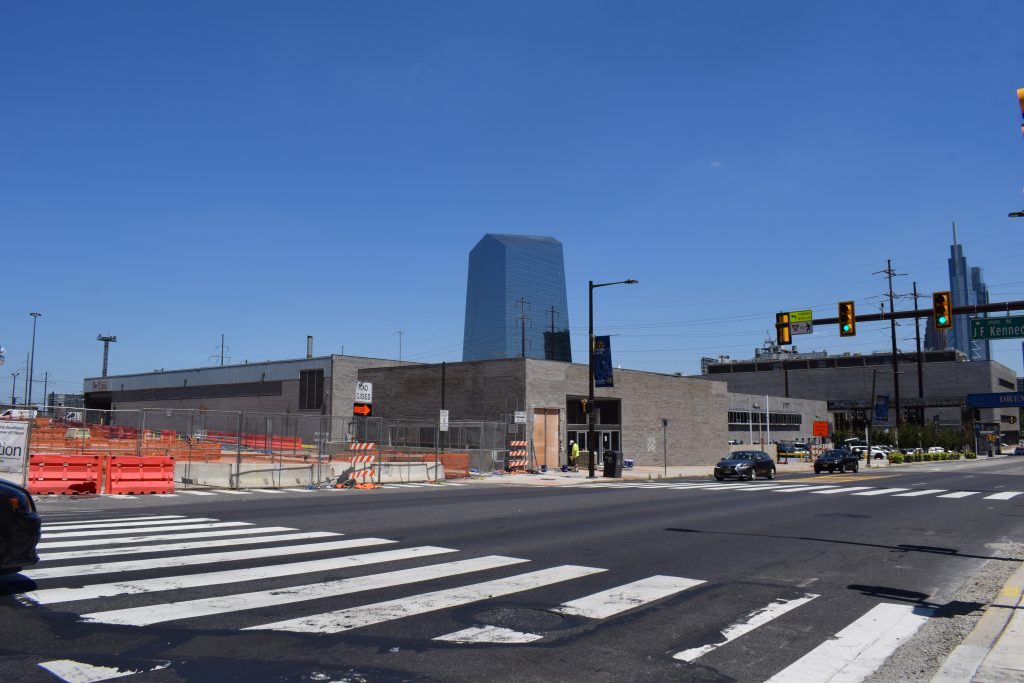 Current site of Schuylkill Yards, 3151 Market will be in the center of the frame. Photo by Thomas Koloski

The site of the new building is currently occupied by a one-story Santander Bank building, which will soon be demolished. Though the extant structure is still standing, the Santander Bank logos were removed in July. By the judgement of one rendering, the building could stretch to John F. Kennedy Boulevard, but the sole image of the project shows 3101 Market in the background.

As rendered, the tower has a very basic shape, and the south face has the most interesting feature. While the entire building is a block, the southern side has a triangular shaped terrace every two floors, except for the bottom and top. The southwest edge of the first two floors is pushed in on the west side to make an angled entrance, while the top two floors feature the same shape but reversed. The cladding in this component should be visually interesting as the yellow interspersed with metal panels should add significant vibrancy.

The building is anticipated to be complete by 2024.