A recent site visit has revealed that excavation work is well underway at 3151 Market Street in University City, West Philadelphia. Designed by Gensler and developed by Brandywine Realty Trust, the building will rise 226 feet and 14 stories and will span 495,000 square feet. The structure will house office and laboratory space, as well as retail on the ground floor. 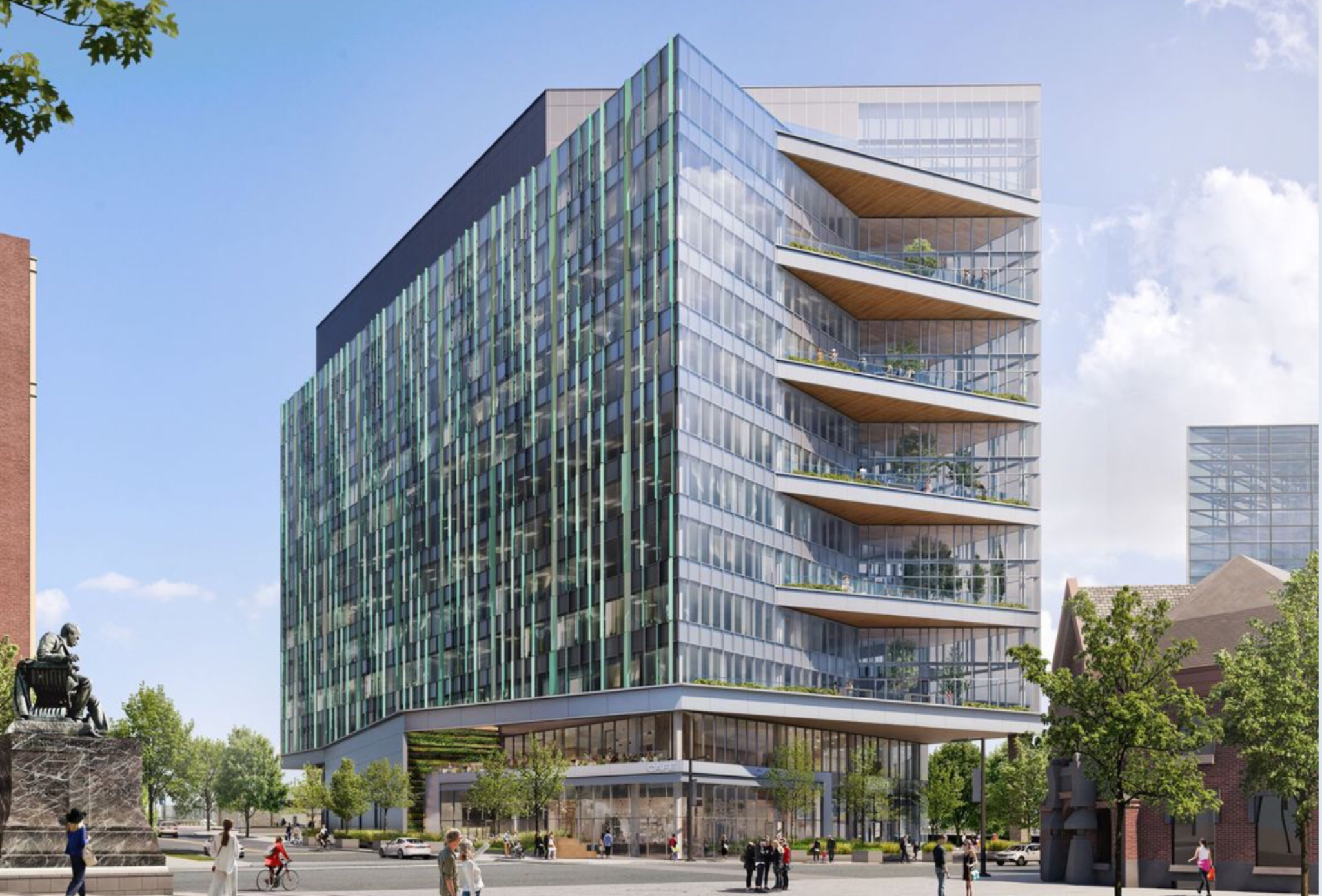 Construction on 3151 Market Street, the second building in the 14-acre Schuylkill Yards project in University City, West Philadelphia, will soon be underway as demolition has commenced at the site. The building will stand alongside 3025 John F. Kennedy Boulevard and eventually 3001 John F. Kennedy Boulevard. Designed by Gensler and developed by Brandywine Realty Trust (which is also developing all of Schuylkill Yards), the 495,000-square-foot project will rise to a height of 226 feet and 14 stories high. The building will be mostly comprised of office and laboratory space, with retail on the ground floor.

Construction preparation appears imminent at the 185-foot-tall, 14-story tower proposed at 3151 Market Street in University City, West Philadelphia. The building will rise between Market Street and John F. Kennedy Boulevard and include lab space for use by the nearby universities. Designed by SHoP Architects, a firm with projects all over the world, the exterior originally had yellow exterior cladding, but the latest plans show a green metallic exterior. The building is developed by Brandywine Realty Trust as part of the 14-acre Schuylkill Yards development, which plans to include a major cluster of towers, though for now only a small group of high-rises under 500 feet tall have been proposed.