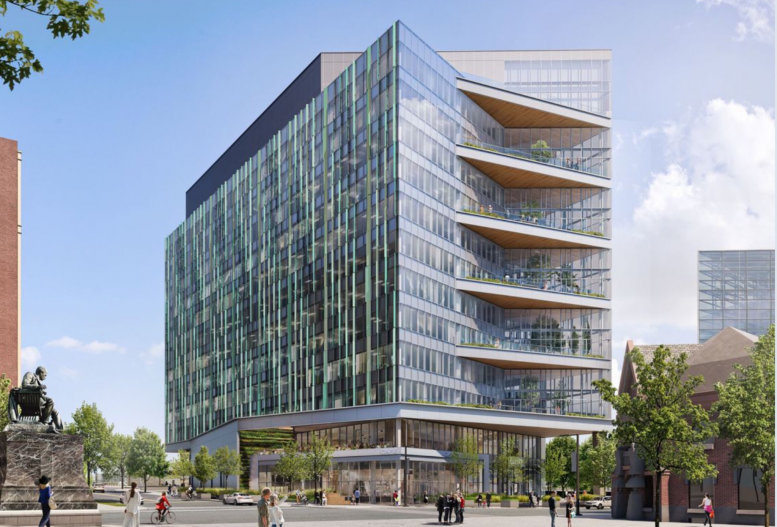 Construction on 3151 Market Street, the second building in the 14-acre Schuylkill Yards project in University City, West Philadelphia, will soon be underway as demolition has commenced at the site. The building will stand alongside 3025 John F. Kennedy Boulevard and eventually 3001 John F. Kennedy Boulevard. Designed by Gensler and developed by Brandywine Realty Trust (which is also developing all of Schuylkill Yards), the 495,000-square-foot project will rise to a height of 226 feet and 14 stories high. The building will be mostly comprised of office and laboratory space, with retail on the ground floor. 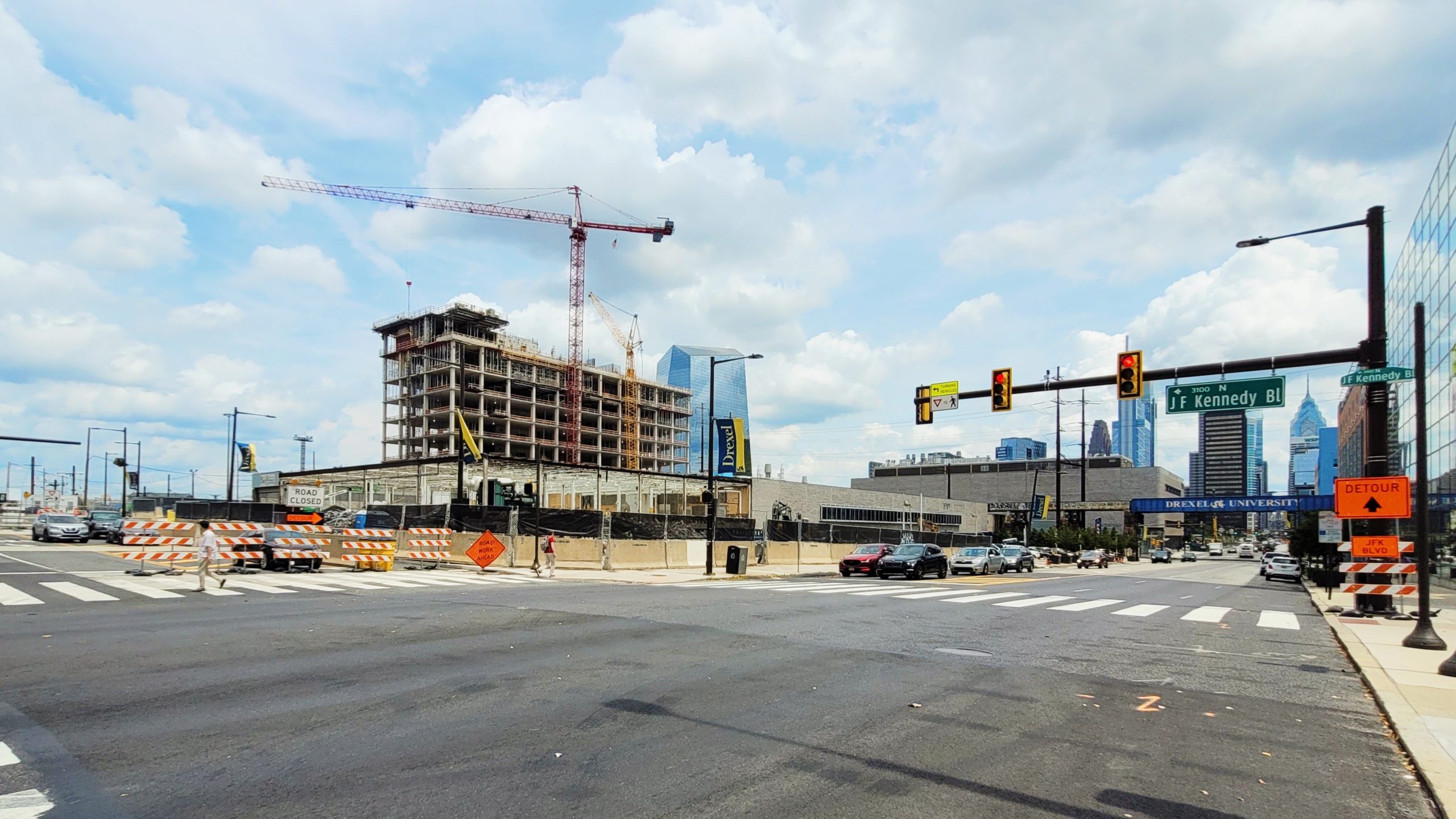 Rendering of the current design was first revealed in August 2020, with the exterior sporting a yellow-hued color. The building originally appeared shorter and more squat, with the same cuts into the structure on the north and south faces. Updated renderings came out in November, with the aluminum exterior becoming a greenish turquoise color that shimmers and darkens. In February 2022, permits were issued for the demolition and construction of the tower, with a construction cost of $41 million. For years the site had been occupied by a small single-story Santander Bank building, along with a large portion of the existing garage at 3101 Market Street. 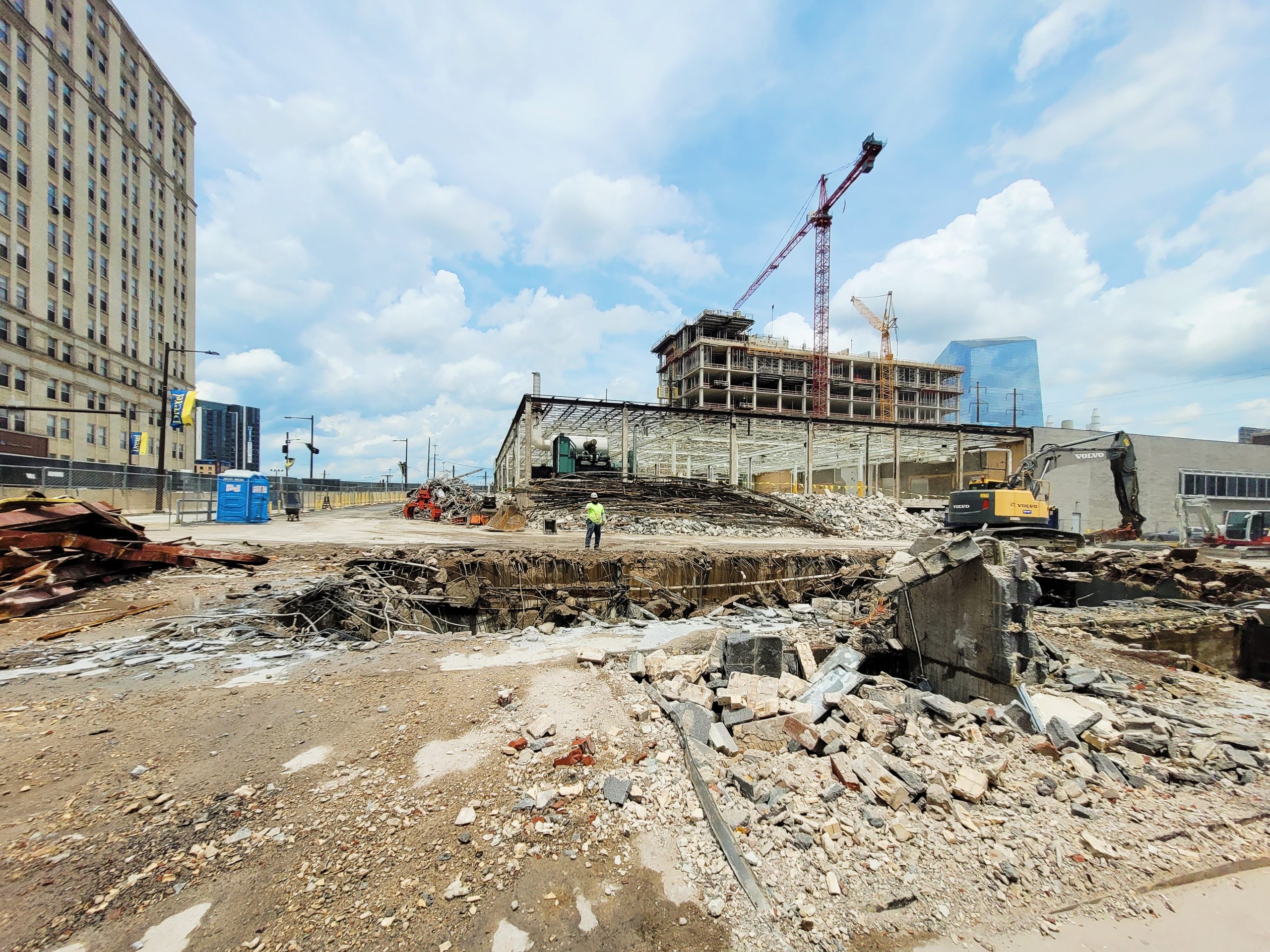 Demolition has begun at the beginning of this month, and much substantial progress has already been made. The small bank building is completely demolished, with chunks of the ground pierced to form the eventual foundation. For the existing garage at 3101 Market Street, the building is being partially demolished as slightly over one-fourth of the building is now missing the exterior. With the single-story building gone, the Center City skyline is more noticeable along with the old Bulletin Building from Lancaster Walk and Market Street. 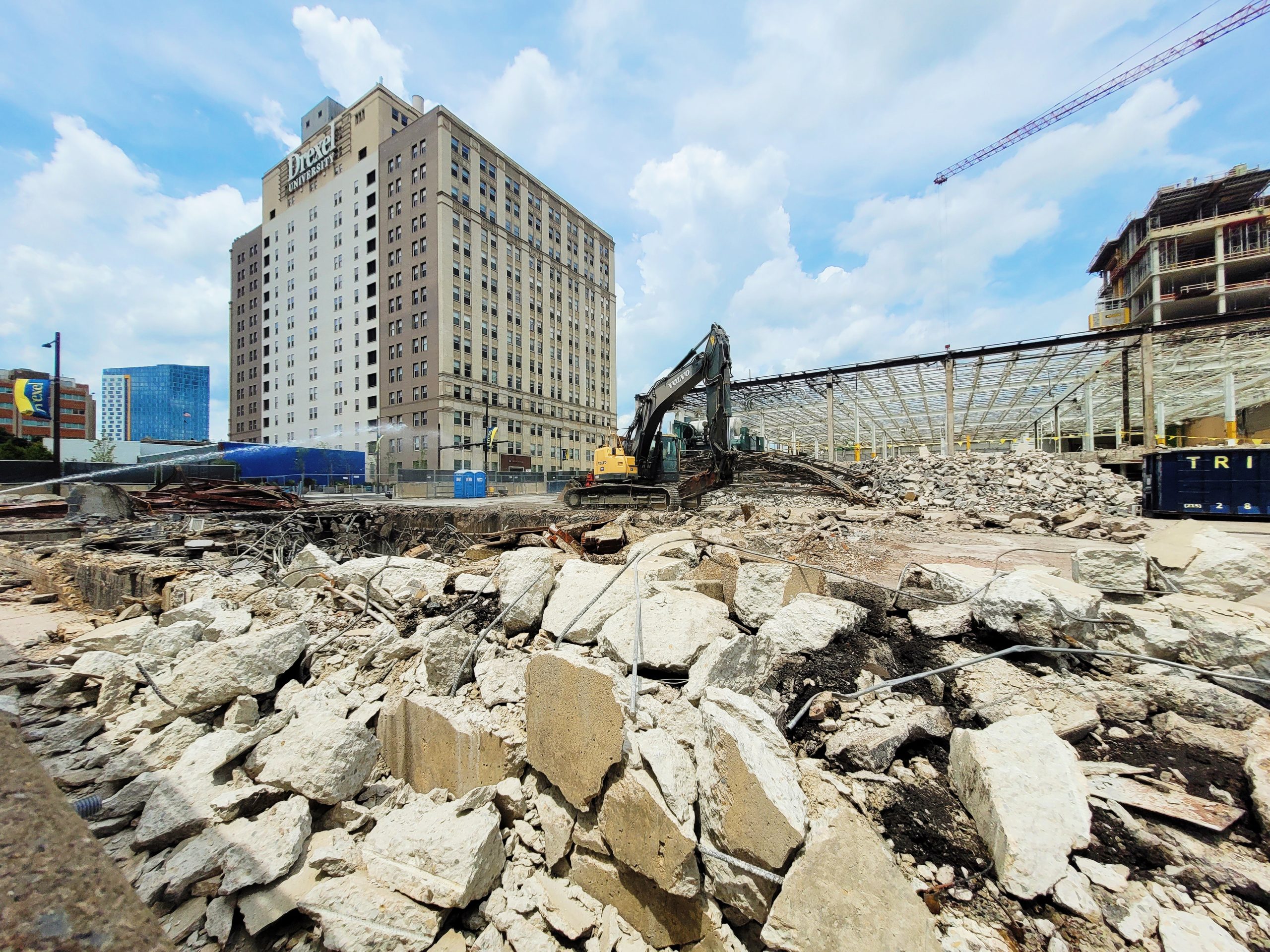 The building is anticipated to be completed in the second quarter of 2023, but the timing may vary.