The renderings showcases the three buildings all together, each showing off their vibrancy and uniqueness. The renderings in the past showed 3001 JFK and 3025 JFK together while 3151 Market was still being developed, then renderings of 3151 Market Street dropped with barely any sight of the other towers. The new renderings give a sense of realism on the underway site showing exactly how the development will look in the future.

Slight changes are noticeable compared to the last set of renderings. Thankfully not value-engineered, 3001 John F. Kennedy will embrace more of its fire engine red metal as the horizontal row of metal cladding under the first terrace and over the second terrace appears to be thickened. The box enclosing the mechanical roofing looks slimmed down and framed with thin columns of red metal and glass within the frame. 3025 John F. Kennedy Boulevard is seen with what appears to be a value-engineered base, as it used to have curved pillars similar to 3001 JFK. The tower is now seen with the additional balconies on top, along with a concrete bulkhead. At 3151 Market Street, a glimpse of the north face is seen showing the whole shape and design of the tower. To visualize the changes, a new upcoming feature will observe the up-to-date site plan. 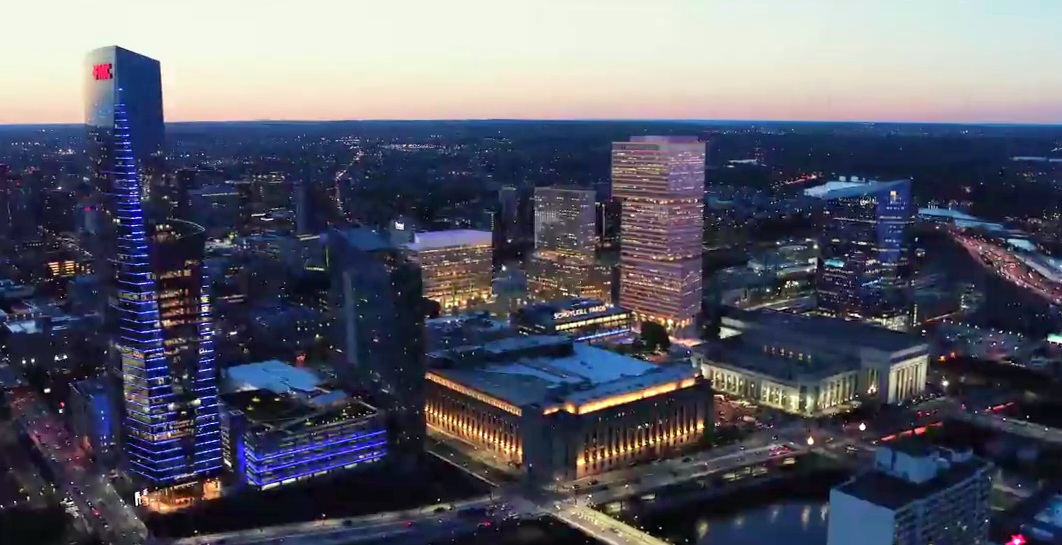 Brandywine states the delivery of lab, office, and residences will be ready through 2023 to 2025.