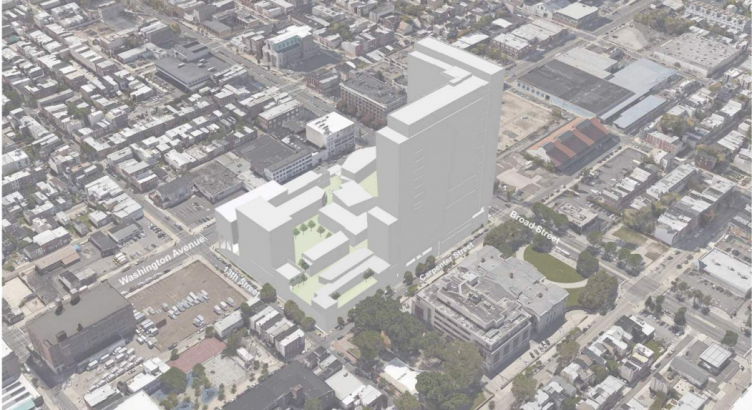 At 1001 South Broad Street, at the corner of Washington Avenue and South Broad Street in Hawthorne, South Philadelphia, a massive 4.4-acre lot has long remained empty, awaiting development as several proposals have been revealed on the site. The new project, designed by Cope Linder Architects, was once planned to rise to a height of 426 feet and feature 1,800,000 square feet of residential and retail space, though it has apparently been downscaled since. While the most recent design was unveiled in 2016, not a single shovelful of earth has yet been moved for construction. 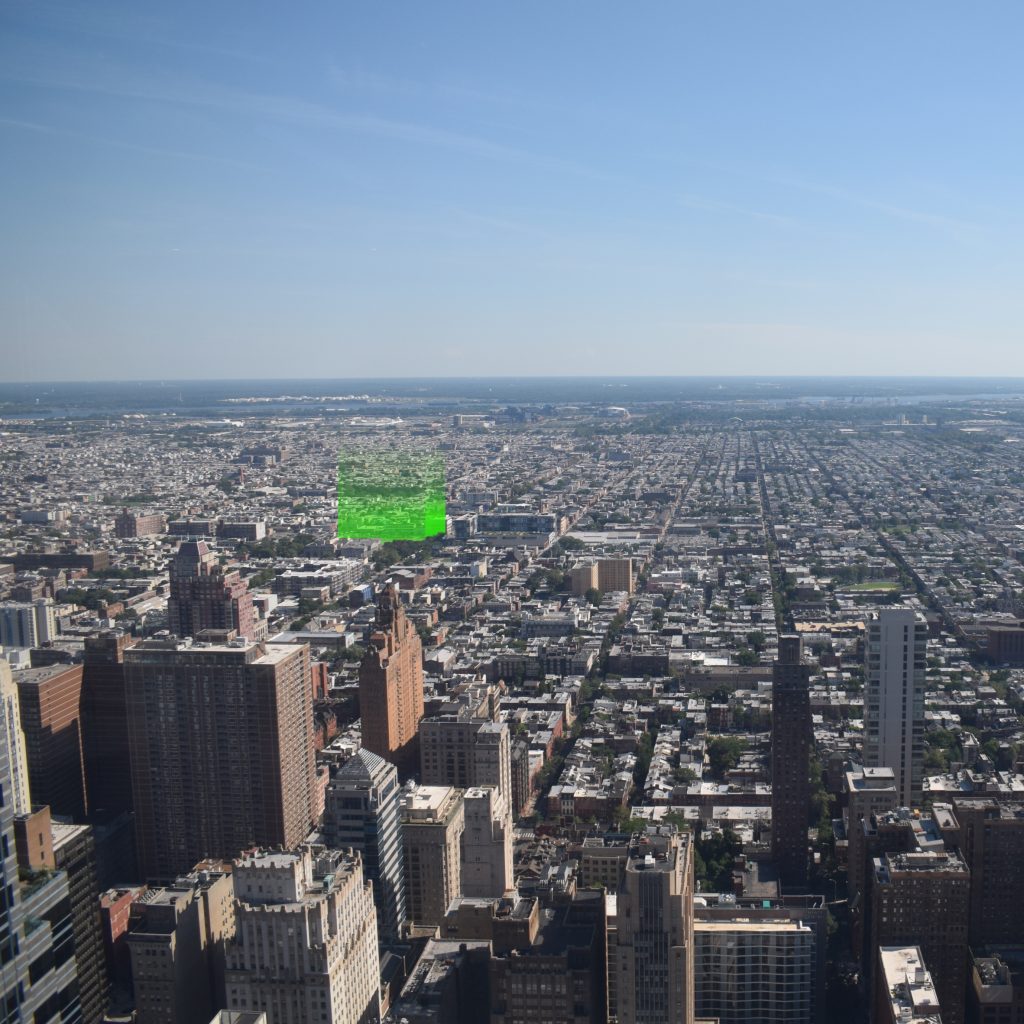 Sometime between 1995 and 1999, three small structures and a parking lot were demolished; to this day, old tar and concrete crack up with vegetation growing through the many cracks. The cracks then grew when the site testing equipment had arrived on the tremendous-sized lot back in April 2016 to analyze ground conditions. The area is arguably ready for a building this massive, as a gigantic apartment development called Lincoln Square had been finished to the west of 1001 South Broad Street back in 2018. It is now 2020 and there is still no work done on the gigantic building, but a recent annoncement revealed the building has been downsized to a 14-story apartment building on the same site.

Renderings have not yet been released of the new building, but renderings of the past design are still available on the internet. It is also unknown if the shape of the building is different, but the original, taller design for would had featured several stories of retail space under the L-shaped tower. The massive tower portion would have stood at the corner of Carpenter Street and South Broad Street, while the gigantic base of the building would had occupy the whole site.

Be the first to comment on "Huge Lot Awaits Construction at 1001 South Broad Street in Hawthorne, South Philadelphia"