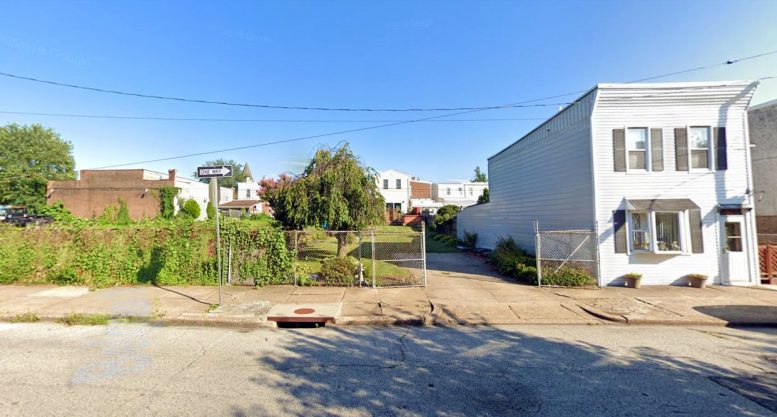 Given the sparse details available on the permits, their separation into individual projects, and the low-density nature of the neighborhood, it is likely that the buildings will comprise an ensemble of adjacent rowhouses, as indicated by their description as “attached” structures.

The townhouses would be located on the southeast side of the street, replacing a grassy lot, one of the largest development-ready sites available in Bridesburg. The Delaware River-adjacent neighborhood is isolated from the rest of the city by Frankford Creek and the Betsy Ross Bridge approach to the south, the elevated I-95 to the west, and an industrial district around the Bridesburg Channel to the north. As the result, the neighborhood feels akin to a self-contained small town, featuring a distinct street grid and only four streets connecting to the rest of the city.

Bridesburg fared fairly well in the post-war period and escaped widespread depopulation and abandonment that ravaged much of North Philadelphia and the River Wards. As such, the neighborhood’s urban fabric, comprised chiefly of semi-attached two-story rowhouses, remains almost entirely intact, which is one of the reasons why development announcements in this part of the city are a rarity. 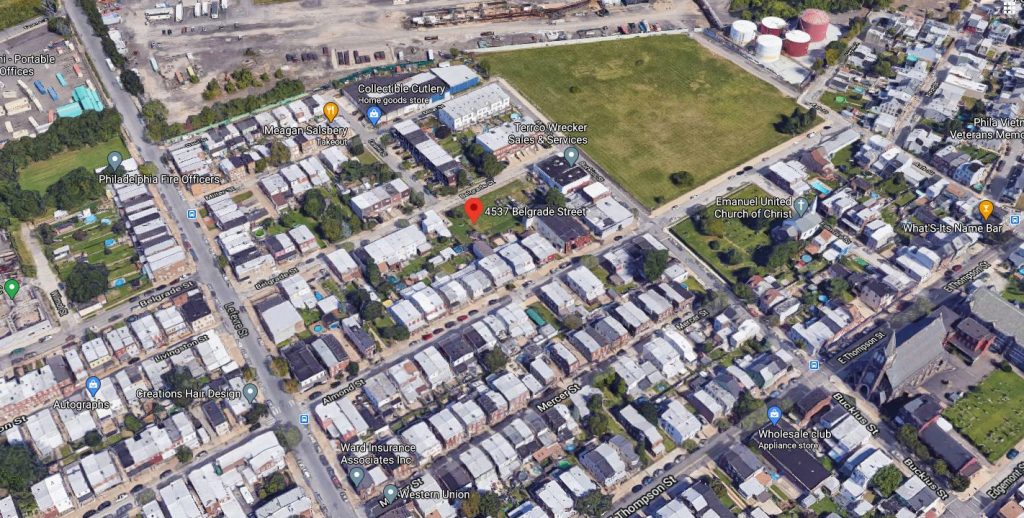