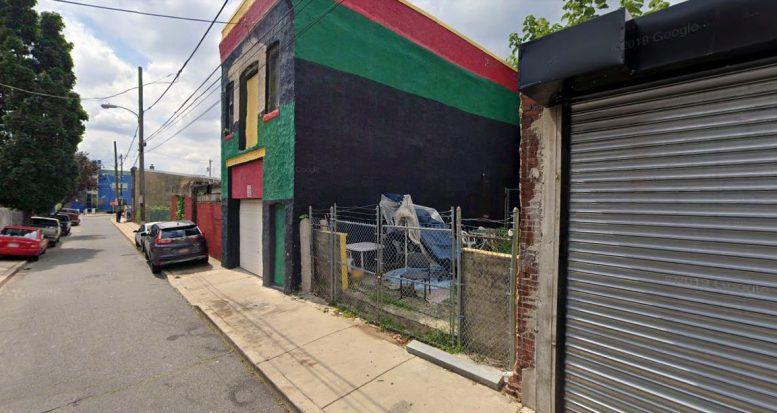 2528 Hope Street is located on the west side of the block that runs between West Cumberland Street to the south and West Huntingdon Street to the north. In the postwar period, the surrounding area had experienced widespread depopulation and demolition, with many of the surrounding blocks, once densely packed with rowhouses and businesses, losing around half to three-quarters of their building stock.

As the result, the once-vibrant urban neighborhood now exudes something of a relaxed, frontier-like, almost rural feel, with lone rowhouses sitting amid wide open lots, some empty and overgrown and others appropriated as gardens and spacious residential yards. 2528 Hope Street would likely be the first new building to rise on the block in nearly a century, or possibly even longer.

The new building would replace a fenced-in yard sandwiched between a single-story garage to the north and a boarded-up two-story structure to the south, likely formerly industrial given its garage-style space on the ground floor and a former pulley door at the second story. The former eyesore was painted in bright primary colors around ten years ago, creating a whimsical presence on the narrow street.

Despite its apparent desolation, the area holds promise for future growth. A number of businesses and workshops line the adjacent blocks. The Hunter Elmentary School is situated half block to the south. The shopping corridor at Kensington Street stretches a few blocks to the east, where the Huntingdon Station offers convenient commute to Center City and beyond. The nearby Temple University Hospital – Episcopal Campus may serve as another catalyst for future development.