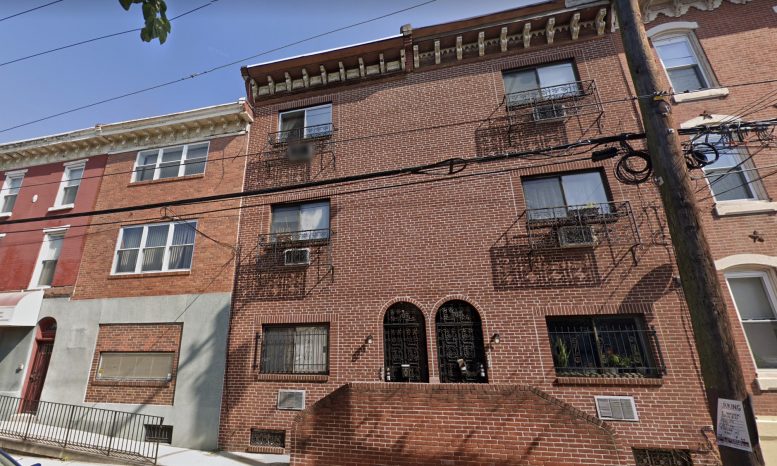 The two structures sit on the east side of the street near the corner of South 19th Street and Bainbridge Street. Both were built in the prewar period and once likely sported façades similar to most of the remaining rowhouses on the block, judging by their matching cornices. However, aside from the these, both of the original façades have been replaced with a combined exterior of red brick with arched entryways, large, off-center windows, and ornate grilles at the entrances and beneath the windows. The resulting design looks more postmodern than historicist, so the building’s demolition will not adversely affect the block’s historic character.

The properties sit two short blocks south of South Street, a major retail and entertainment destination. The block-sized Marian Anderson Recreation Center, with indoor and outdoor sports facilities, is situated three blocks to the southeast. The 17 bus runs down South 19th Street and the Lombard South Station of the Broad Street SEPTA subway line is located several blocks to the east.

Be the first to comment on "Demolition Permits Filed for 705 and 707 South 19th Street in Graduate Hospital, South Philadelphia"