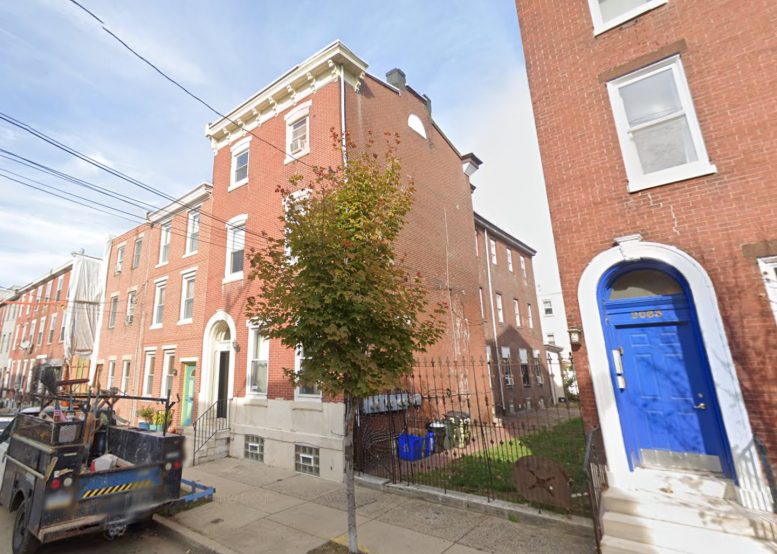 Permits have been filed for the construction of a single-family structure at 2059-61 East York Street in Kensington. The building will span a 1,604 square foot footprint and will feature a roof deck. A vacant grass lot spans the address at number 61 and a three-story prewar rowhouse occupies the site at number 59. It is unclear whether the structure will be demolished or incorporated into the new building, since no demolition permits have been filed as of yet. Hulk Industries Inc is the listed owner.

Full or partial preservation of the existing structure would be a welcome development, since the prewar rowhouse, with a red brick façade, off-white stone detailing, and a bracketed cornice, is a fine representative of the historic Philadelphia residential vernacular and has survived largely intact over the years.

The site sits on the east side of the street, around midblock between Amber Street to the south and Coral Street to the north. The area is well serviced by mass transit, with the York-Dauphin station of the Market-Frankford SEPTA line several blocks to the northwest and a number of bus lines traversing the surrounding area. Hager Street Playground sits a block to the east and the much larger Norris Square Park is situated several blocks to the west.

Northbank, an 897-Unit Apartment and Townhouse Development, is Underway in Fishtown, Kensington