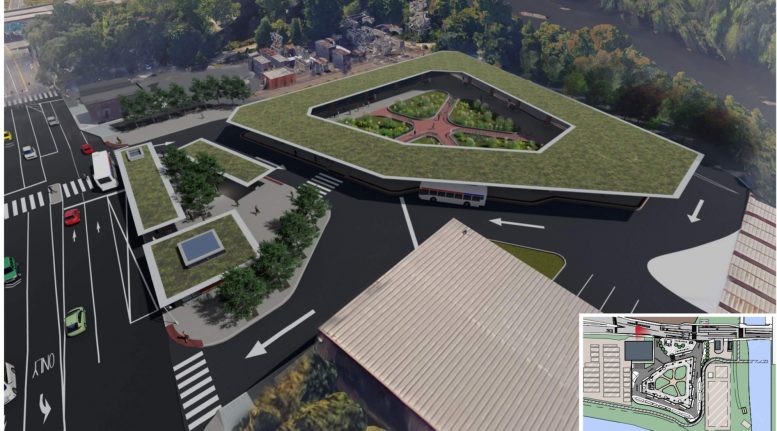 Aerial rendering of the transportation center via SEPTA.

Renovation plans have been released for the Wissahickon Transportation Center, located at 5001 Ridge Avenue in Wissahickon, Northwest Philadelphia. A bustling transfer station served by numerous bus routes, a complete facelift will be made on the station, which sees around 7,000 riders each weekday. Renderings have recently been released for the future station.

The most notable change that will come to the transportation center is the size. SEPTA recently purchased and plans to demolish a warehouse structure directly adjacent to the transfer station. The sizeable footprint of the building has provided the transit agency with ample land for the future bus hub.

Renderings show a red brick façade with a rusticated stone base. This combination appears similar to the bus loop located at 33rd and Dauphin, a major hub that sees 2,115 riders each day. The roof will feature a deeply cantilevered overhang, protecting waiting riders from the elements.

Slight design changes are likely to come after dialogue and meetings with local community members. The Schuylkill River Trail, one of the longest mixed-use trail in the region, runs directly adjacent to the site and is difficult to traverse due to its obstructed trail path. The community has also questioned the lack of bike lanes, so due to the popularity of the trail, bike lanes will likely be implemented into the design in the near future. 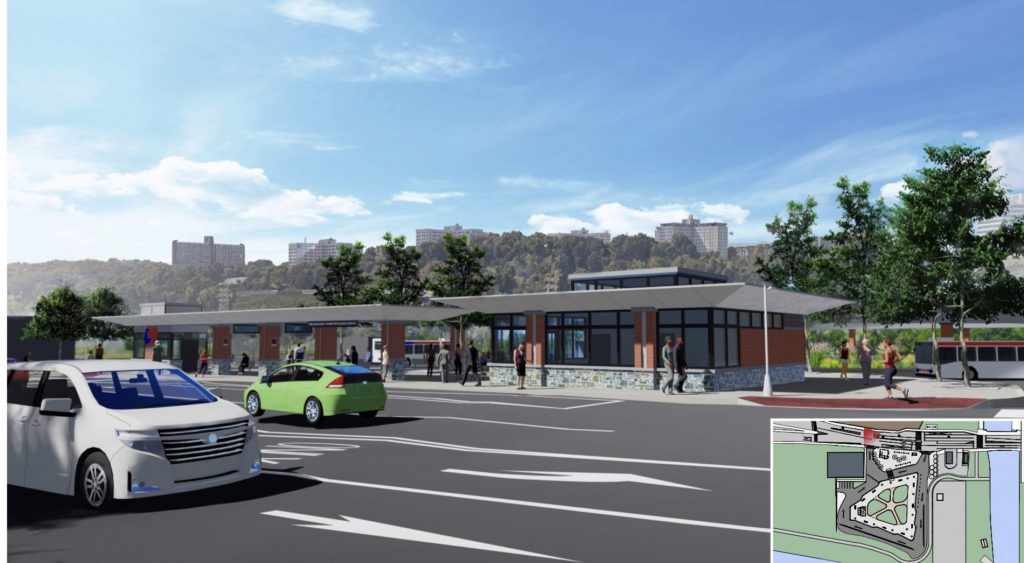 Rendering of the station via SEPTA. 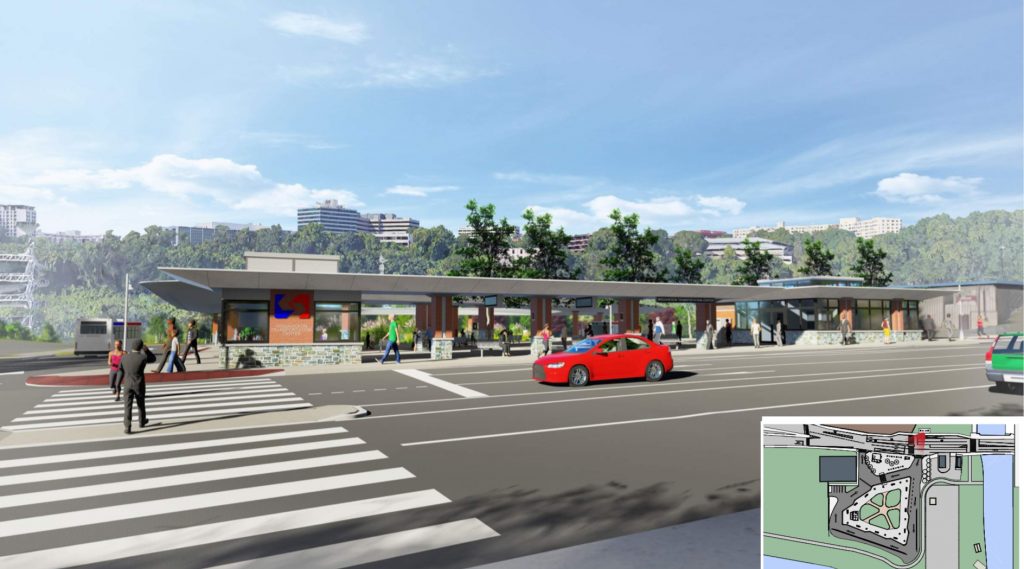 Rendering of the transportation center via SEPTA. 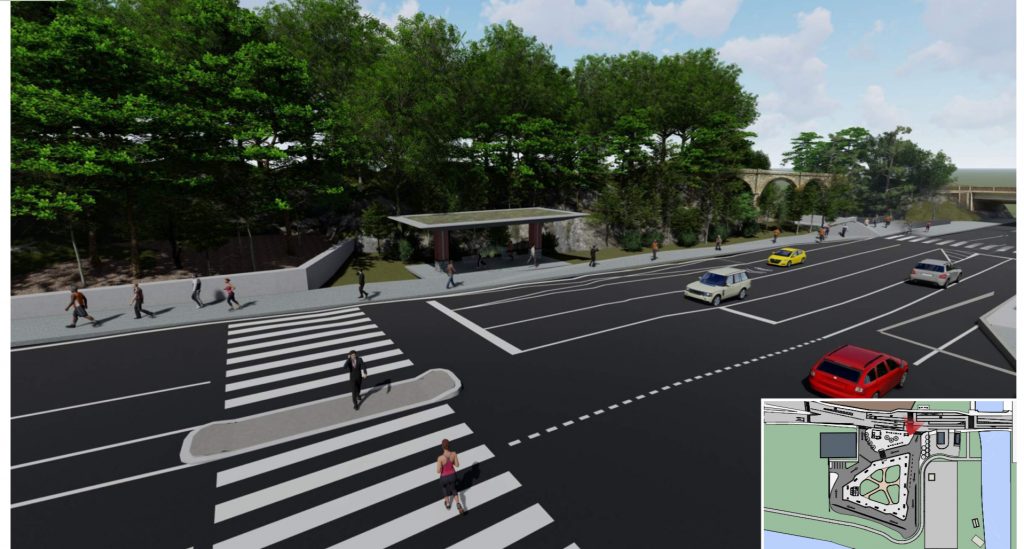 Rendering of transportation center via SEPTA. 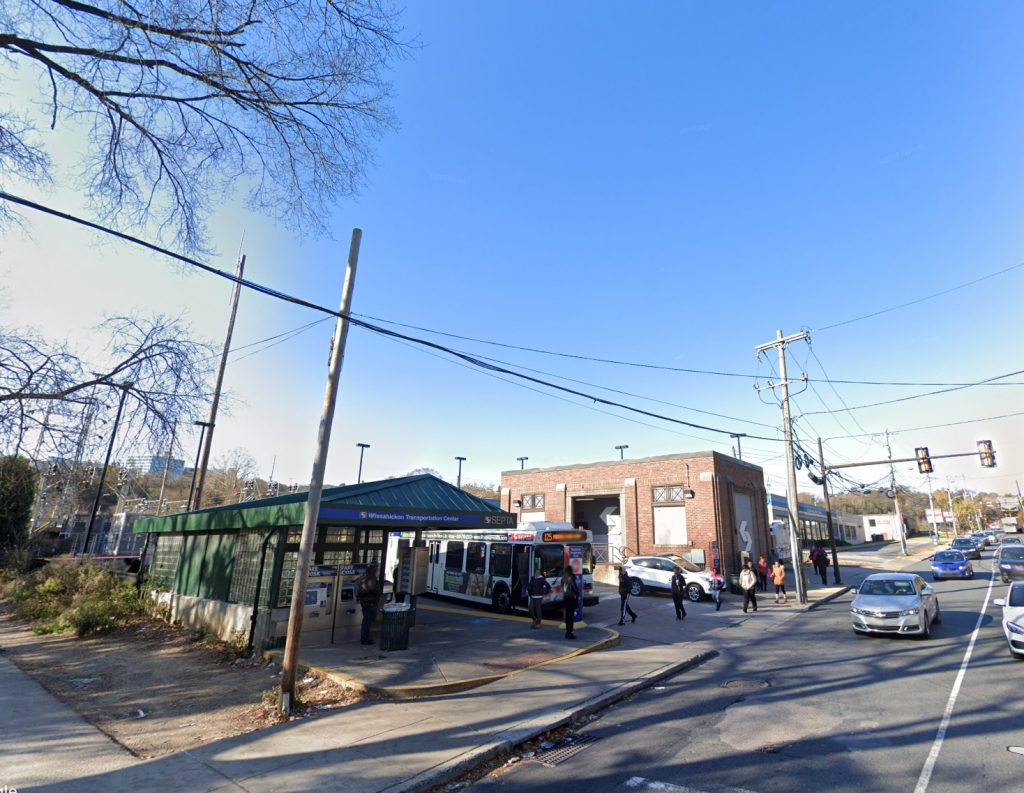 The current transportation center is in dire need of renovation. The station consists of a single, small shelter for passengers and a cramped site, squeezing busses and people together into tight, somewhat disorganized quarters. The new, state-of-the-art transit hub will resolve most of these issues.