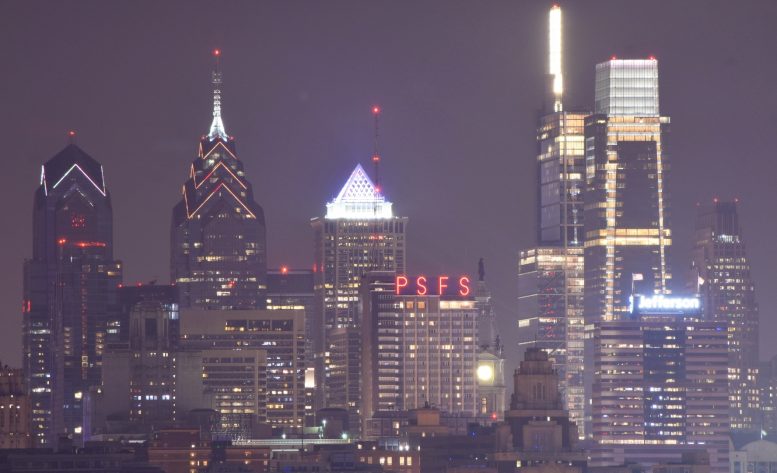 When the 417-foot-tall, 32-story office tower at 1101 Market Street went up in Market East in 1984, it left a dramatic impact on the skyline, becoming one of Center City’s tallest buildings east of City Hall. The high-rise, developed by The Girard Estate and designed by BLT Architects, was once called One Reading Center, yet it is better known by its more recent name: Aramark Tower. In 2018, Aramark moved out of the building and relocated to its new headquarters at 2400 Market Street. However, 1101 Market Street’s large office floors and panoramic views made it easy to attract a new anchor tenant, and Jefferson Health has now moved in, leasing 14 floors. Renovations are now approaching completion on the renamed Jefferson Center, which includes the installation of its logo on the building pinnacle.

The building was first unveiled in 1982, just a few years before the breach of the Gentleman’s Agreement by One Liberty Place in 1987. The building was renamed from One Reading Center to Aramark Tower, or ARA Tower soon after completion. In 1997, the logos were changed to extend all the way across the crown spelling the expanded Aramark name in all caps with the addition of red “star persons.” The logo was updated again in 2014 with lowercase letters and more red “star persons.”

The late 2017 announcement of Jefferson’s plan to move in also revealed that the company would have its name installed on the crown. The erection of the Jefferson logos had commenced at the end of October 2019 and was completed and lit up six months later, adding a new touch to the nighttime skyline.

Jefferson Health is in the process of a major expansion with many locations around the city, yet its greatest impact is being felt in Market East, where Jefferson Center stands. The health services provider will also occupy the high-rise planned three blocks south at East Market Phase 3, which will also feature a logo on the south face. 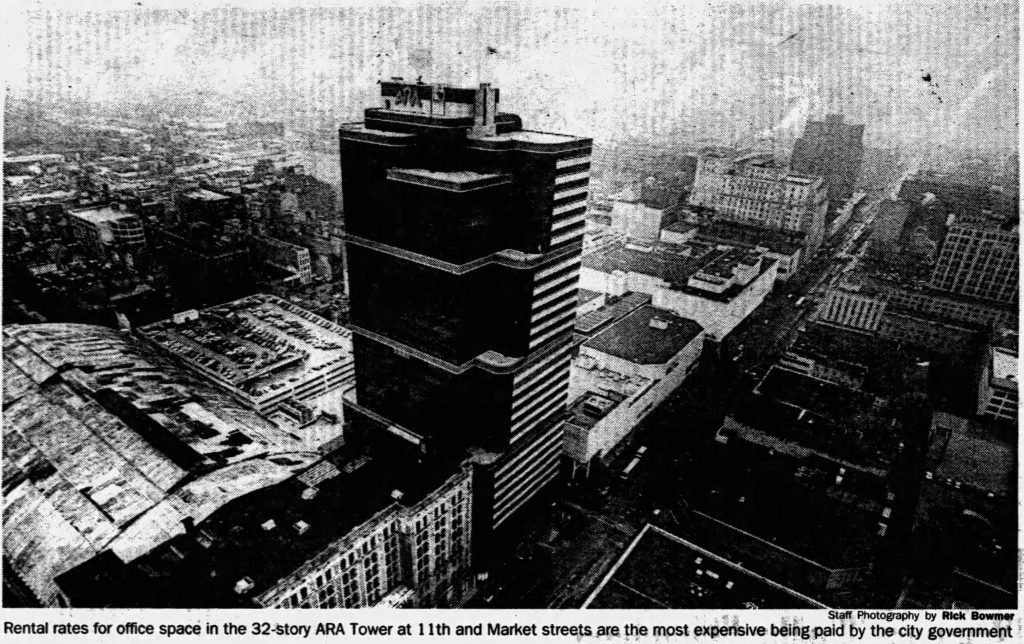 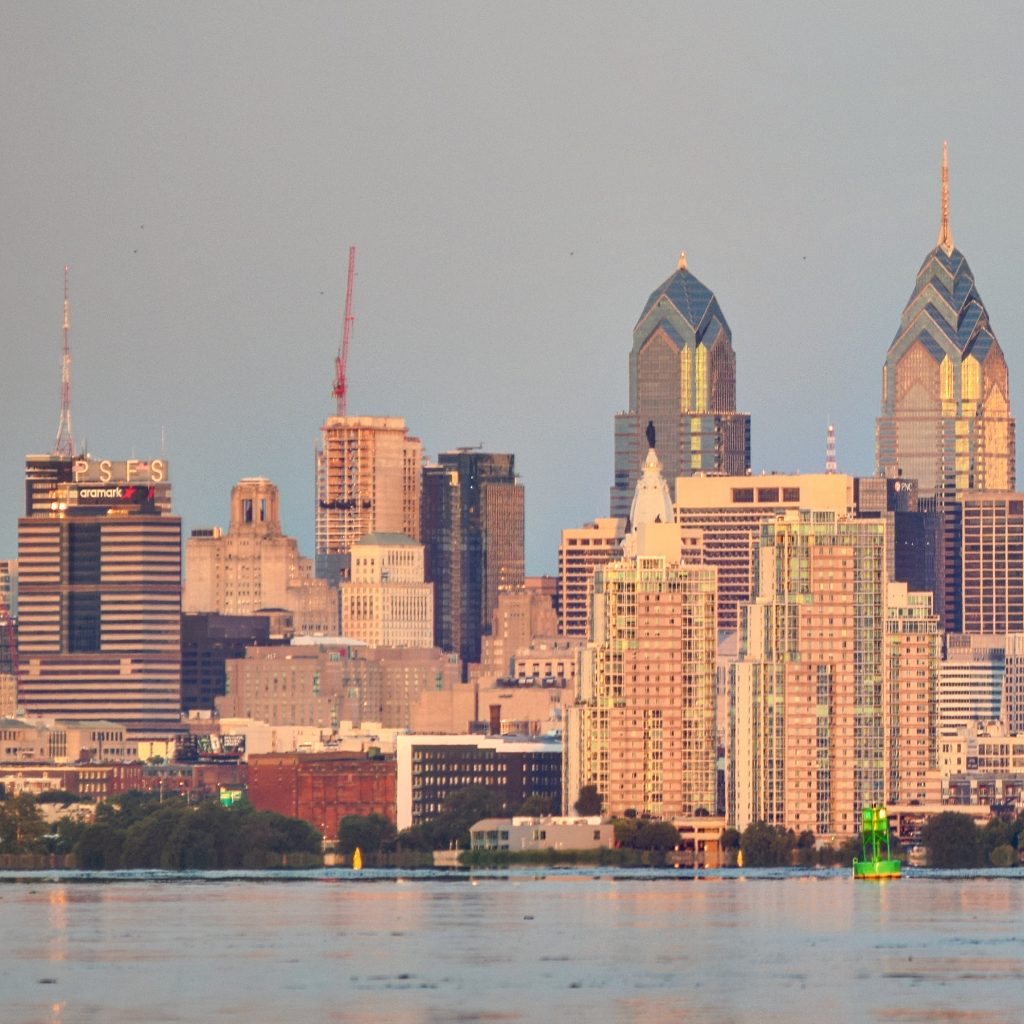 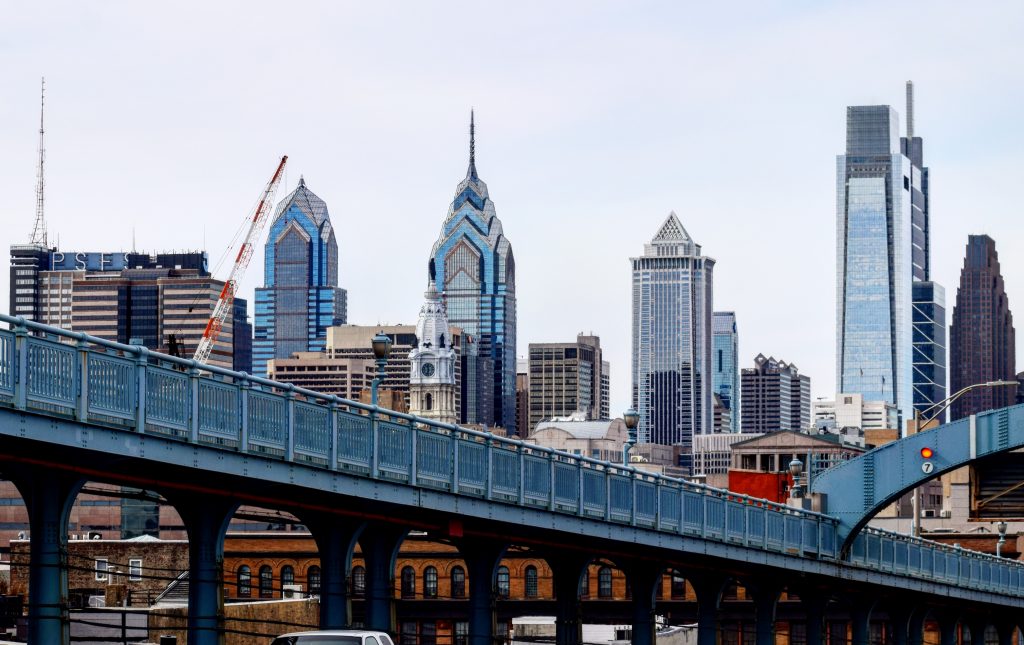 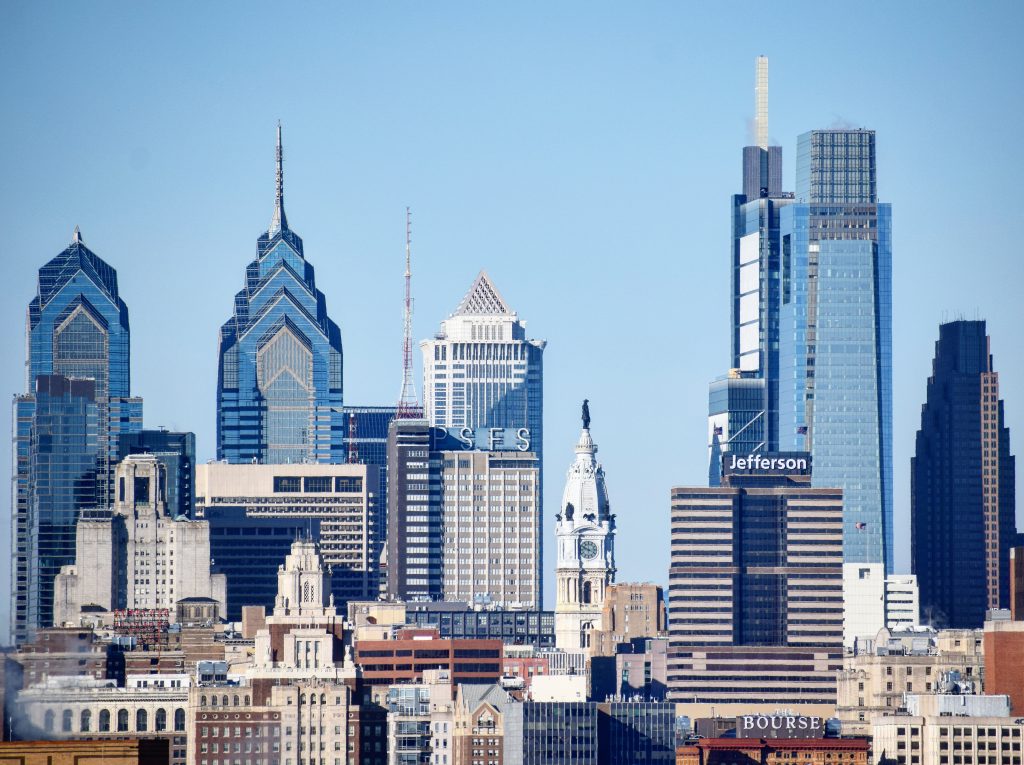