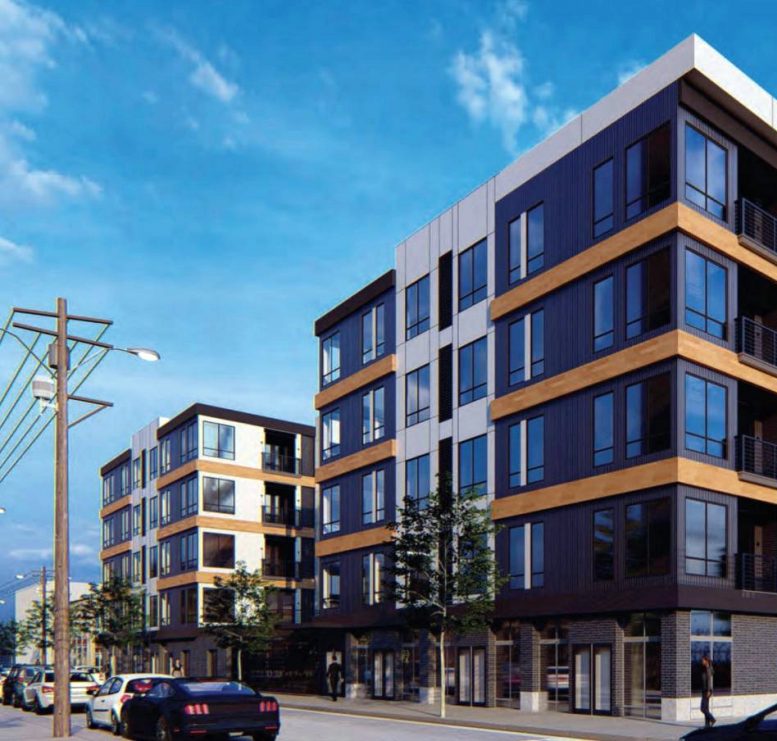 Permits have been issued for the construction of a five-story, 106-unit building at 1817 East York Street in East Kensington, North Philadelphia. Located between Jasper Street and Kensington Avenue, the project will also contain an artisan industrial space and 33 accessory parking spaces for residents and employees.

A memorial will be included for the two firefighters who lost their lives at the site in 2012. The York-Dauphin El Station is situated just a half block away from the property, providing commute to Center City and University City.

Renderings depict a modern building with large windows that will provide abundant natural light for the units inside. A mixture of black and white cladding will be employed at the exterior. Wood-colored cladding will be used as an accent surface. The footprint will take up 31,527 square feet of space on the property, while the building will yield 128,468 square feet. A green roof will also be included atop the structure. 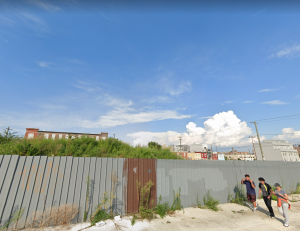 The building will sit closet to the Market-Frankford SEPTA line. The structure will span one of the few remaining large patches of open land. The project cost is listed at $5,192,000.