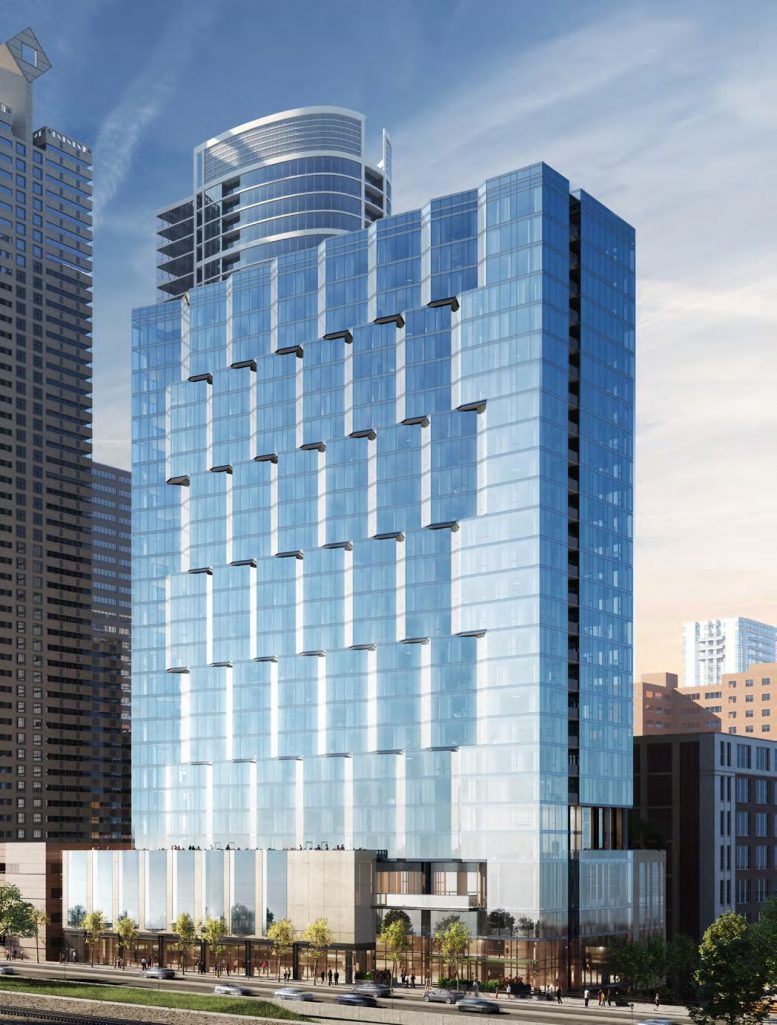 Number 23 on Philly YIMBY’s December 2020 Development Countdown is 33 North 22nd Street, a 328-foot-tall (or 316 feet if measuring from John F. Kennedy Boulevard) tower in Center City West. Designed by Solomon Cordwell Buenz and developed by PMC Property Group, the 29-story building will bring 341 units to the rapidly growing neighborhood. Philly YIMBY’s latest visit revealed that the parking lot at the site is still active with shoppers at the Trader Joe’s grocery store at 2121 Market Street.

The official project announcement came just a week after rumors started circulating of a new building at the site with a large amount of units. The design underwent minor changes in September when an updated Civic Design Review document was revealed. From the skyline perspective, the shorter buildings to the east and south will create a stepping effect rising up toward the new tower. The project will partially conceal the parking garage to the north of the Murano condominium at 2101 Market Street, with the redesign adding porcelain panels to better fit into the area. 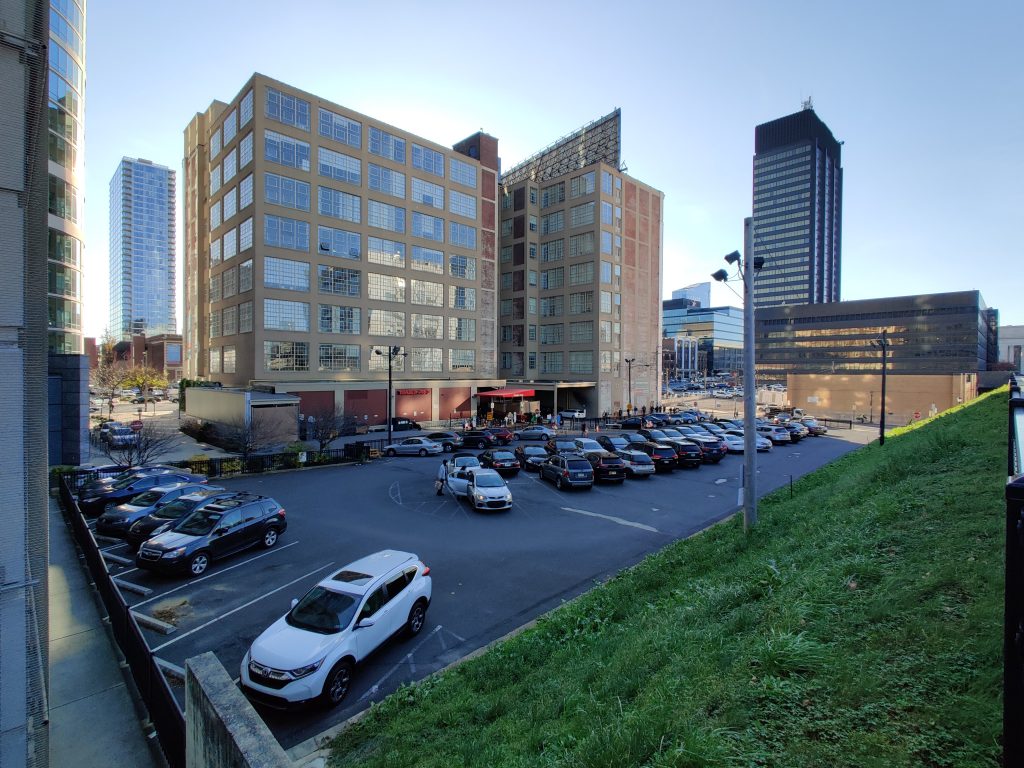 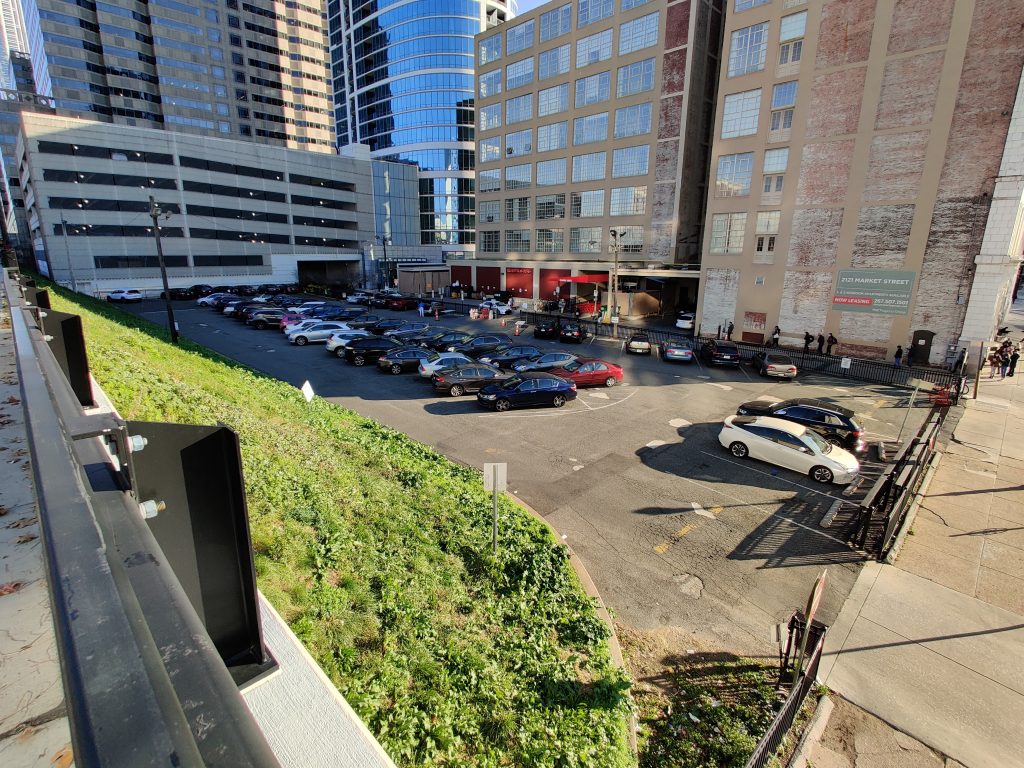 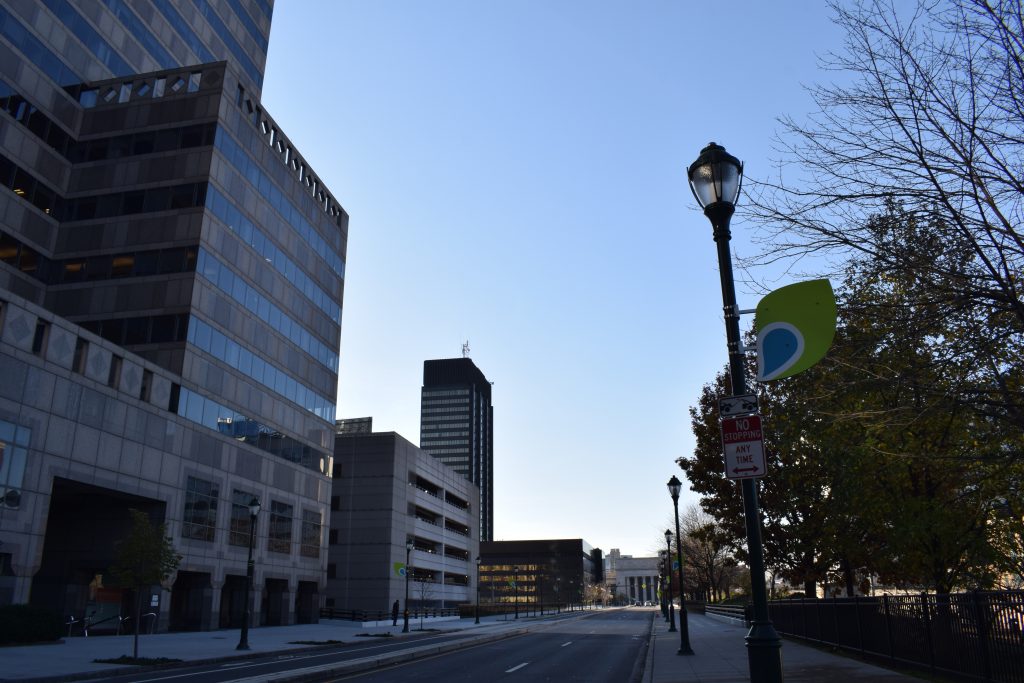 A construction permit was issued on October 7 as the project awaits approval from the city. So far, however, there has been no evidence that excavation will begin soon on the parking lot.

The development sits near the Riverwalk towers under construction at 60 North 23rd Street, also developed by PMC Property Group, as well as 2222 Market Street, among other projects.

A completion date has not been revealed for the building, but the tower could be under construction for a total of three years.

Be the first to comment on "Construction Anticipated at 33 North 22nd Street in Logan Square, Center City"