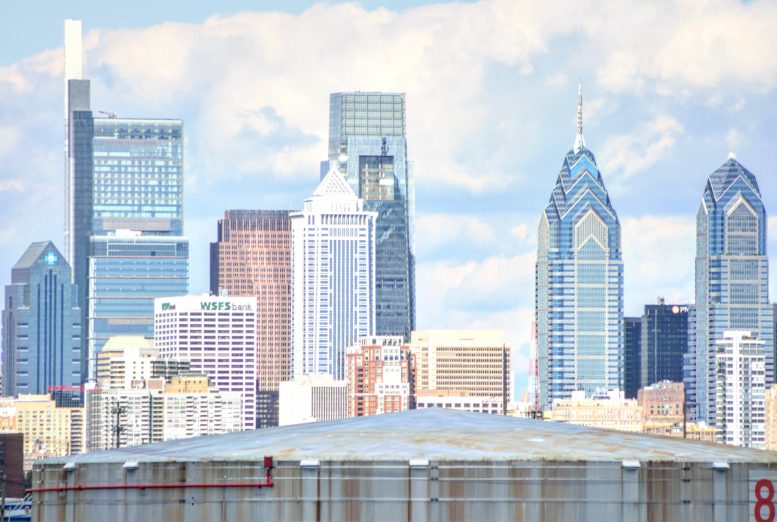 The Comcast Technology Center at 1800 Arch Street in Center City has stood as Philadelphia’s tallest skyscraper since 2017, with a height of 1,121 feet, and Philadelphia YIMBY takes a look at various concepts through schematics and models of the tower before the design was finalized. 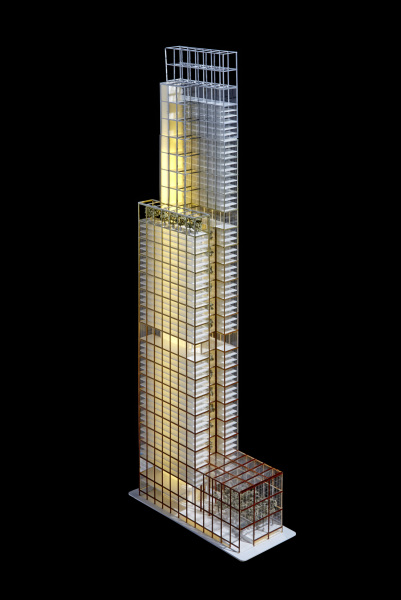 Early concept of the Comcast Technology Center. Photo from Foster and Partners

The skyscraper was unveiled in 2014, just six years after the completion of the first Comcast Center tower. Designed by Foster and Partners and developed by Liberty Property Trust, the building features a structure clad in glass and metal with angled beams and a frosted lantern that lights up at night. 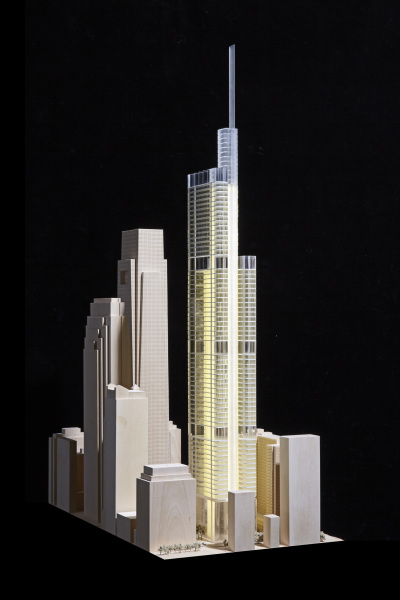 Early concept model of the Comcast Technology Center. Image from Foster and Partners

The search for an architect had likely started right after Liberty Property Trust had acquired the site on August 19, 2011. Soon after their selection, Foster and Partners produced early sketches and models by April 2013. 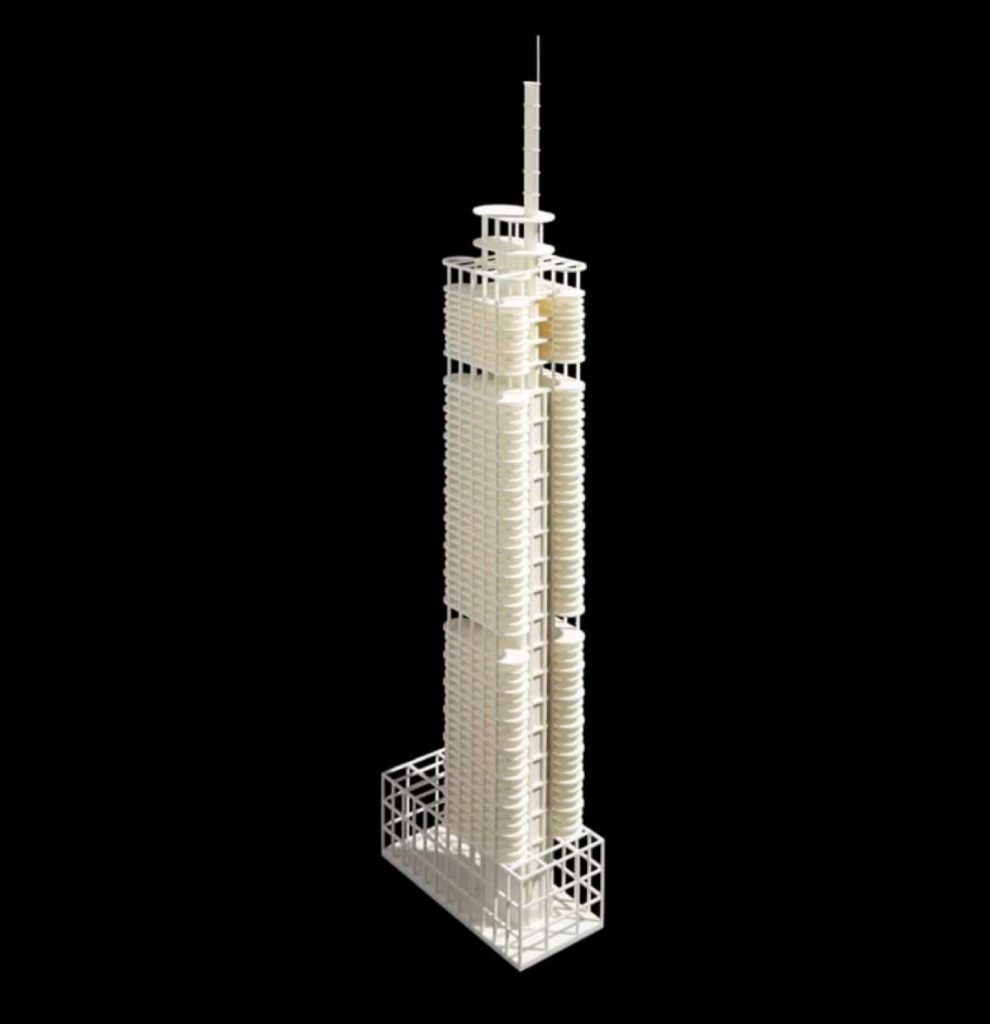 Early concept model of the Comcast Technology Center with a lantern. Image from Foster and Partners

The design showed a tall, blocky tower split in three sections, presenting one of the main elements of the current design. By the next month another model showed a change with the outer sections with curved sections protruding from the tower, with the north section rising higher and the central structure becoming thinner when viewed from the north and south. 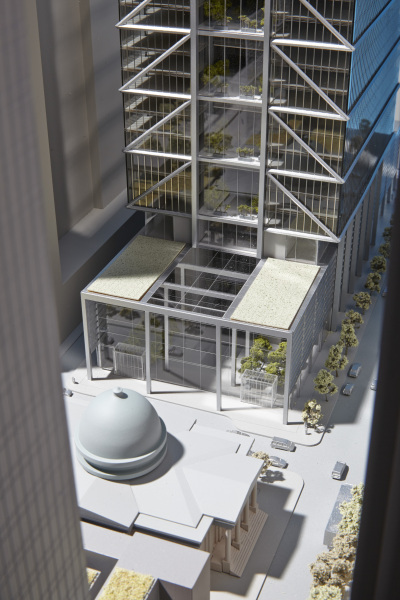 Early concept of the Comcast Technology Center base. Photo from Foster and Partners

The next iteration showed the north and south sections at the same height and rose higher than before. The concept was topped with a large structure on the west side topped with a thin spire. The following version shows the elevator banks, cooling towers, and lantern centered along the north and south profile with the east and west faces of the lantern pushed into the structure. This version would have had a shorter roof height and more metal cladding on the east and west faces. 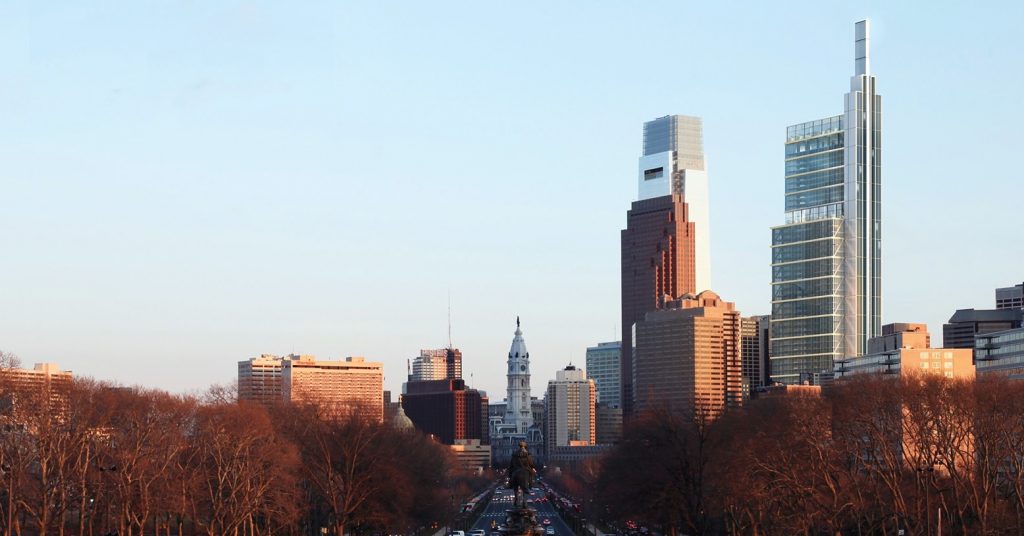 The following iteration shows the elevator banks, cooling towers, and lantern placed where they are today. The tower has a thinner lantern and the elevator banks rose higher. The next design after that shows a taller spire, giving the top a dominating look, though it also has a lower rooftop. 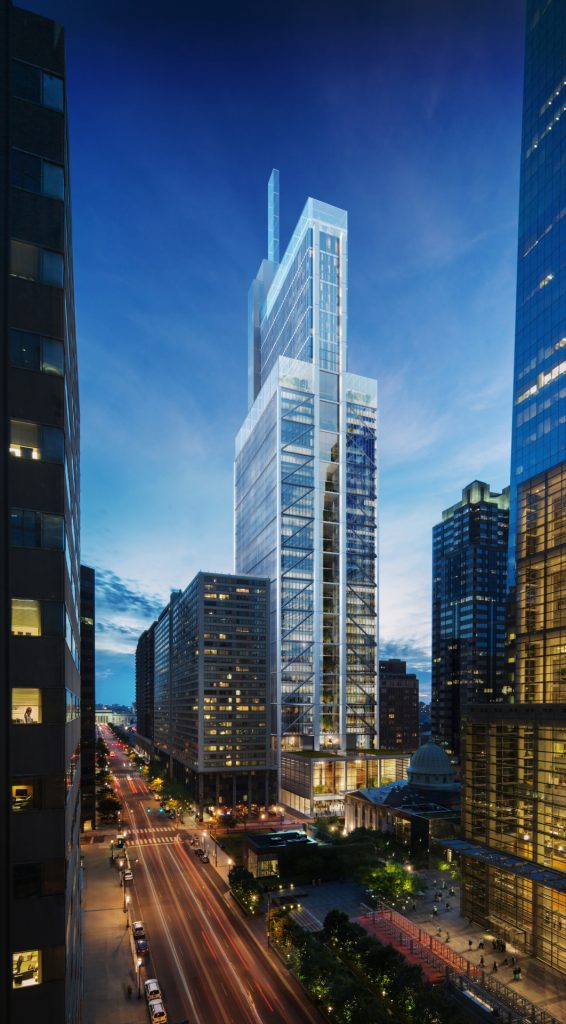 Compared to the last design, the following version is very similar, only eliminating the extra metal cladding on the corners of the office section of the skyscraper. The next version shows a final roof height of 911 feet and a finalized shape for the skyscraper.

Comcast Innovation and Technology Center. Rendering from Foster and Partners

The next design is the version that was first unveiled in 2014. The tower had a thinner lantern and the elevator banks were flush with the roof line. But at the time of the unveiling, it seems that the design was unfinished as interiors were not done designing and the tower eventually had some slight revisions.

Final design of the Comcast Technology Center. Rendering by Foster and Partners

The final design was shown, featuring the lantern being thickened from the north and south view. The lantern was originally shown with standard glass covering the structure, but in the final design frosted glass covers the cross-braced structure. The elevator banks now extend one floor above the roof. The section under the roof and terraces was shown to have gradient glass that had dark glass and the bottom as it fades up to frosted white. The base also has angled cuts.

The bright feature on top is reminiscent of One Liberty Place and the other towers that broke through heights once thought unreachable. By now the tower has been open for nearly two years now with a beacon that crowns the expanding skyline. We can only wonder what building will pass the Comcast Technology Center in height next and how it will fit into the Philadelphia skyline.

8 Comments on "Designing the Comcast Technology Center, The Tallest Skyscraper in Philadelphia"