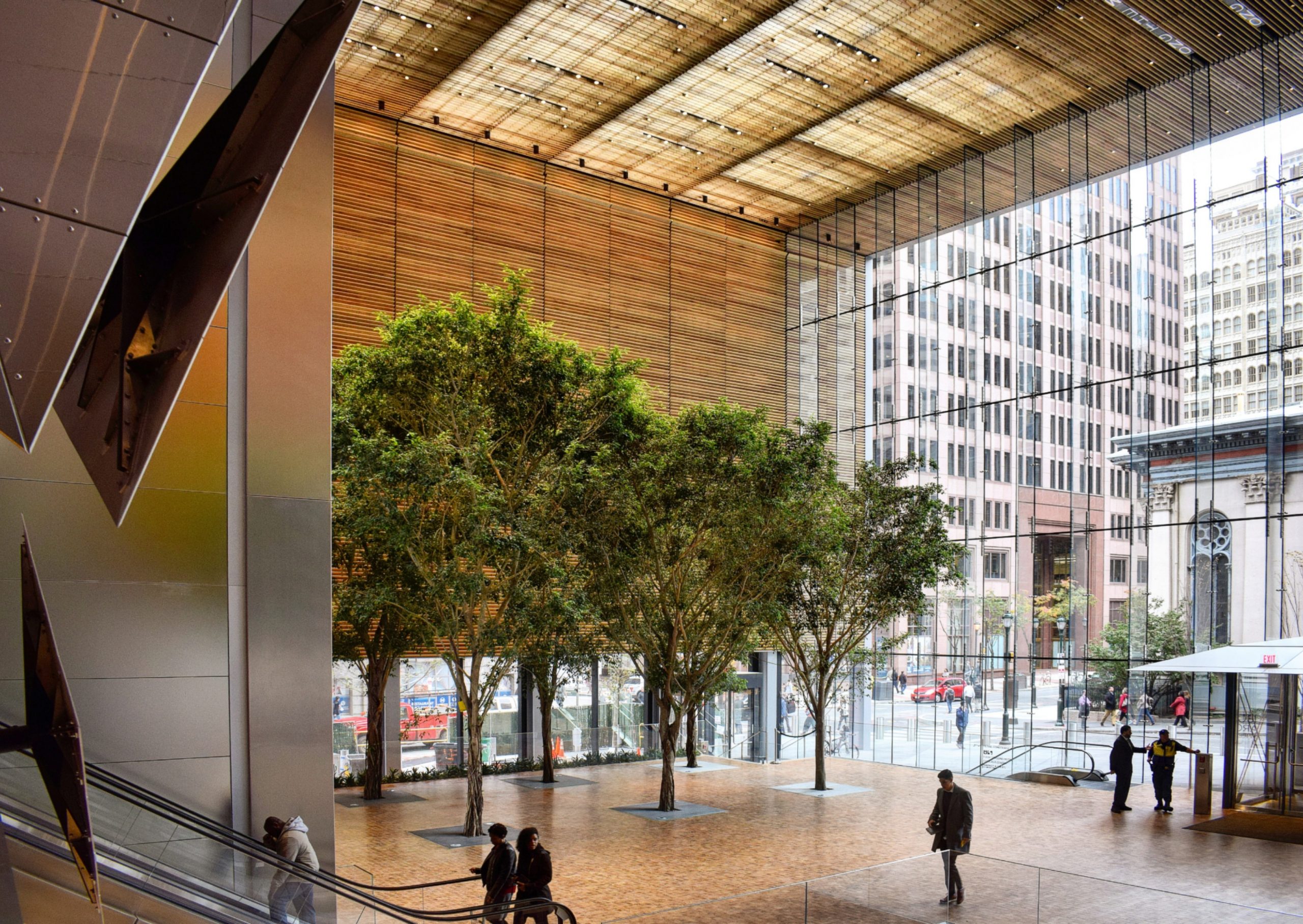 The Comcast Technology Center at 1800 Arch Street in Center City is both the tallest building and one of the largest structures in Philadelphia, standing 1,121 feet tall and spanning over 1.5 million square feet of interior space. Completed in 2017, the supertall stands 60 stories high and features office space on its lower floors and a hotel on its upper levels, with an observation deck at the top. The project was developed by Liberty Property Trust and designed by Foster and Partners, with Thornton Tomasetti behind the structural design and LF Driscoll as the contractor. Gensler crafted the exquisite and sometimes bizarre interior of the main lobby, with an architectural style well-suited for the modern workforce and the general public alike. In this feature, Philadelphia YIMBY observes the east lobby of the Comcast Technology Center which is open to the employees and the public at limited times. 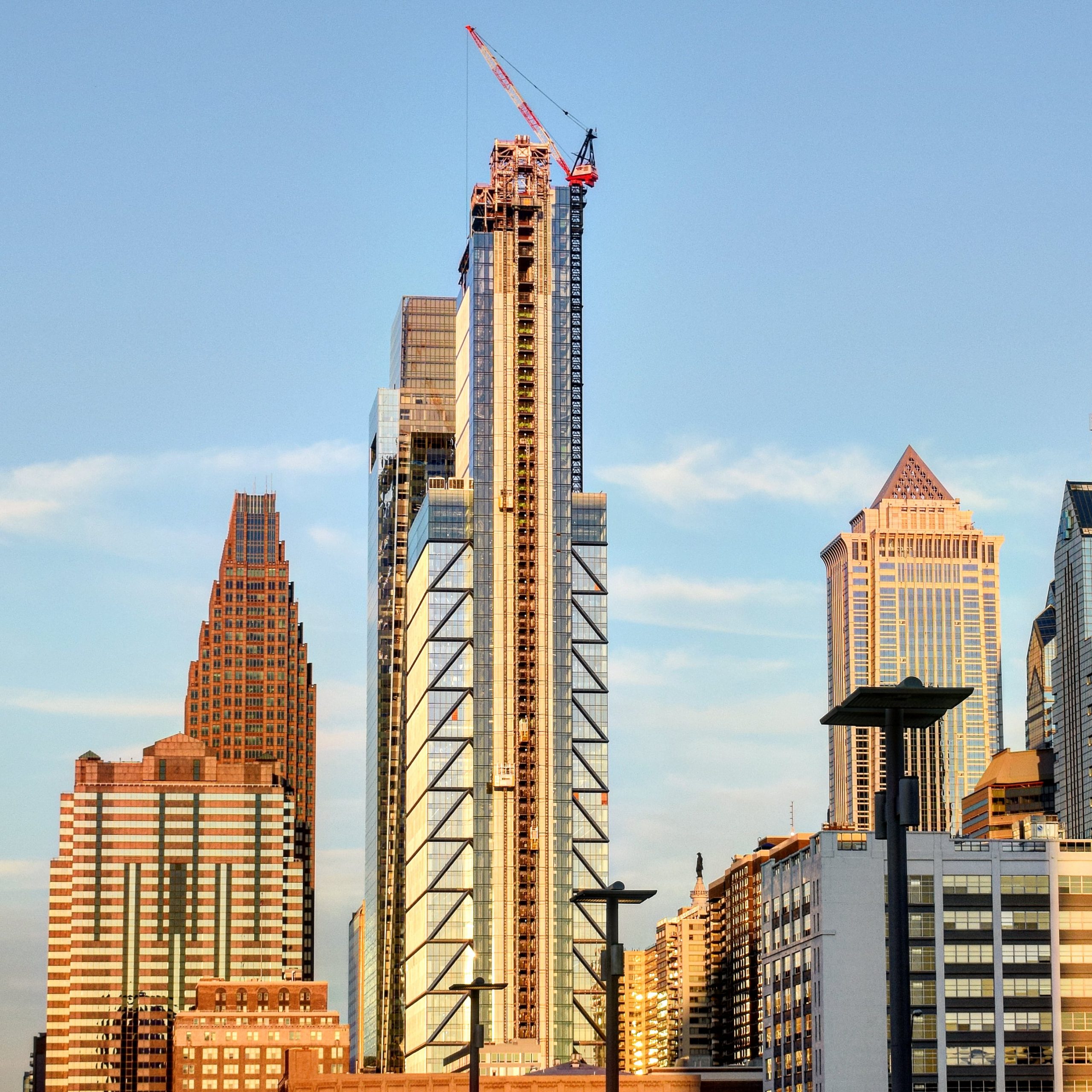 Since 1987, when the unofficial “Gentlemen’s Agreement” that advised against building taller than City Hall was eliminated, multiple high-rises that stand well over 500 feet tall have dramatically changed the profile of Center City. The Comcast Technology Center had first joined the skyline at the very end of 2015, and now makes an incredible impact with its height of 1,121 feet and 60 stories as the tallest skyscraper in the city. Designed by Foster and Partners and developed by Liberty Property Trust, the building stands at 1800 Arch Street and houses Comcast corporate offices along with a Four Seasons hotel. In this publication, Philadelphia YIMBY looks back at the Comcast Technology Center before it topped out.

The majority of Philadelphia’s tallest skyscrapers stand in Center City to the west of City Hall, which include the Comcast Technology Center at 1800 Arch Street. The supertall, which is the tallest building in the city, has risen into the skyline between 2014 and 2017. Designed by Foster + Partners, the tower’s structure is compromised of a central concrete core surrounded with a steel frame, with the facade mostly clad in glass and metal. The tower was developed by Liberty Property Trust, which collaborated with Comcast to erect their second tower in the city. In this article, Philadelphia YIMBY takes a look back to when the Comcast Technology Center was under construction at the time when the core had just topped out. 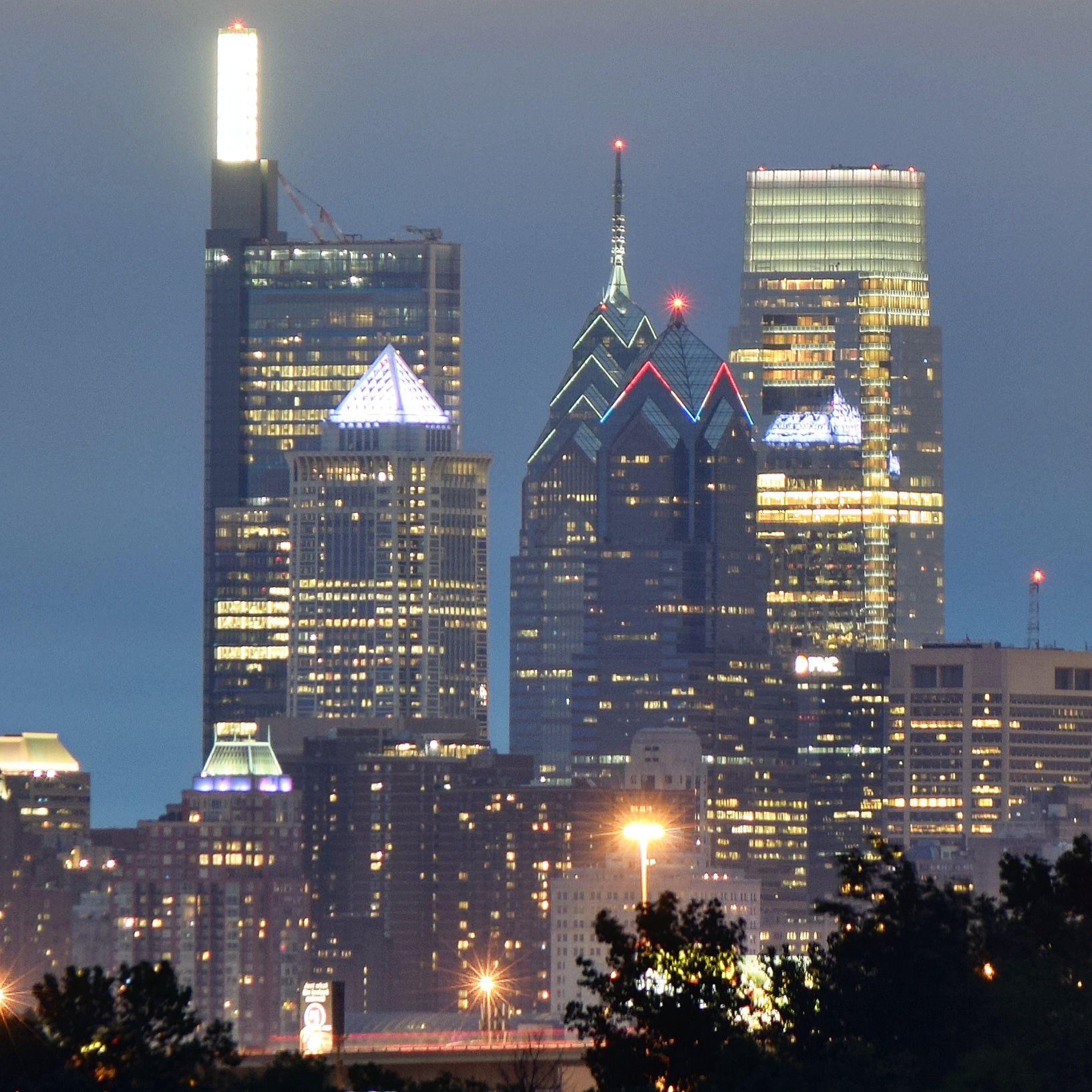 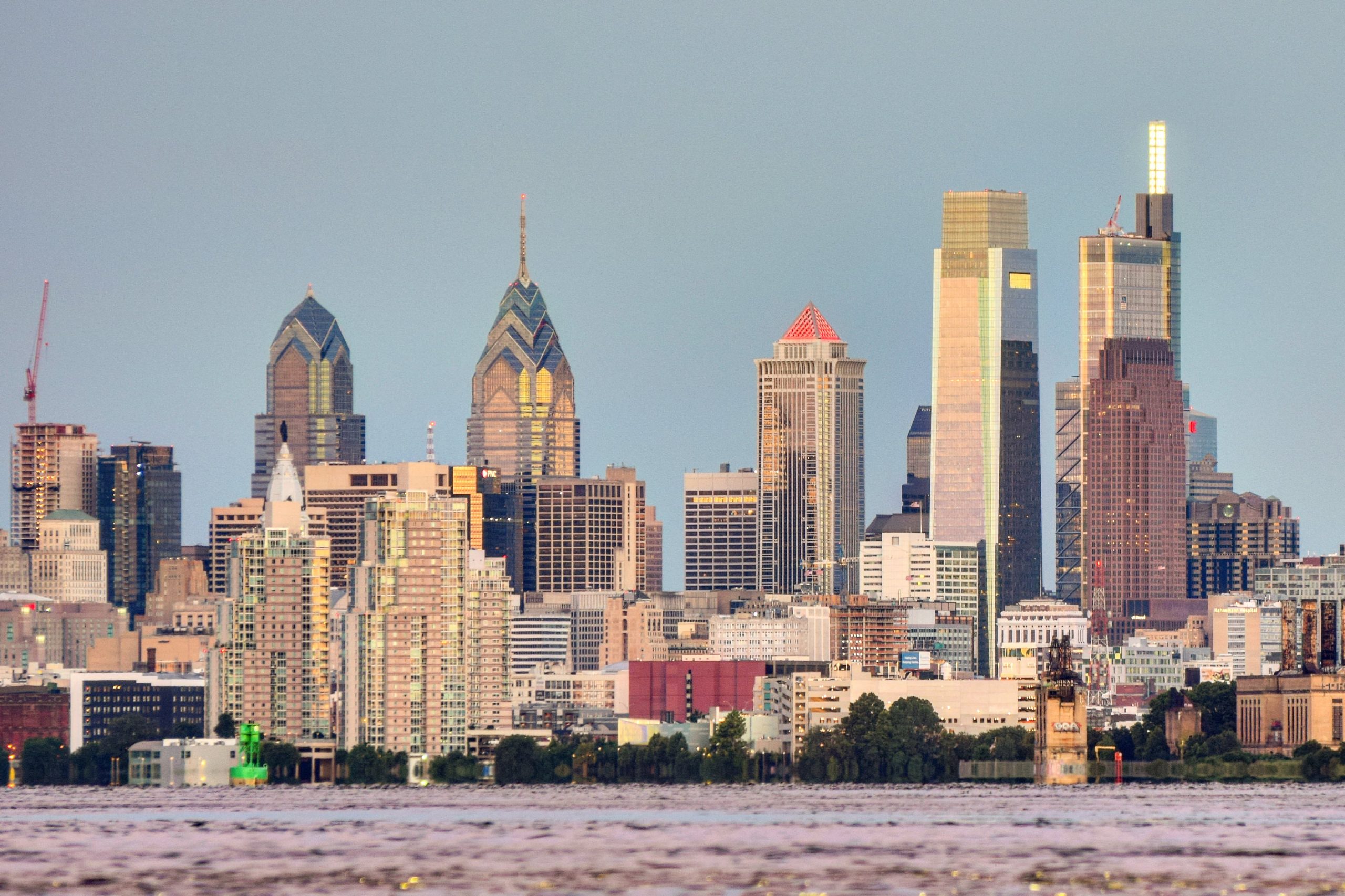 The Comcast Technology Center at 1800 Arch Street in Center City was completed on August 12, 2019, when the hotel portion officially opened, becoming the tallest skyscraper in Philadelphia. The tower stands 1,121 feet and 60 stories tall, with a central concrete core and steel floor plates. The skyscraper was designed by Foster and Partners, which has designed several buildings that features metal highlights and bright lighting features, and developed by Liberty Property Trust, which used to be known as Rouse and Associates when Willard G. Rouse III ran the company before his death. Today YIMBY looks at the process of testing the lighting at the building’s lantern around the time of its completion.