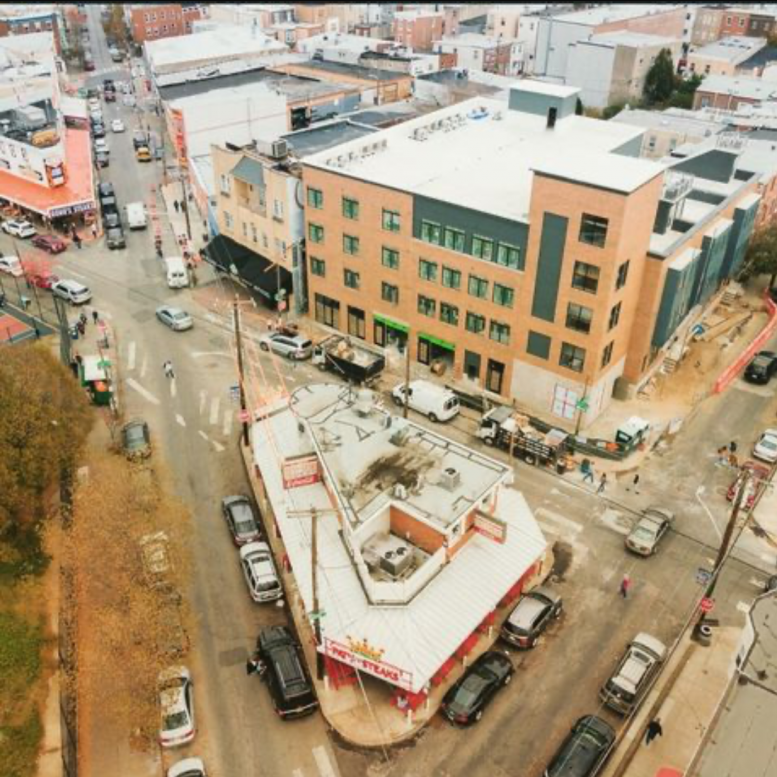 Current view of the development via Hightop Real Estate.

Façade work is wrapping up at Wharton Flats, a four-story, mixed-use project under construction at 1283 South 9th Street in Passyunk Square, South Philadelphia. Developed by Hightop Real Estate and Development, the project consists of 21 apartments, three townhomes, and a 5,400-square-foot commercial space. The building gained approval in June 2018, and construction began shortly after. The building stands across the street from Pat’s King of Steaks and down the block from Geno’s Steaks, two of Philadelphia’s most iconic cheesesteak restaurants.

Project renderings showed an industrially inspired structure with brick arches located above the third story windows and other brick detailing throughout the façade. The townhomes, located along Wharton Street at the site’s southeast corner, also feature brick cladding with projecting sections clad in white panels on the upper floors. 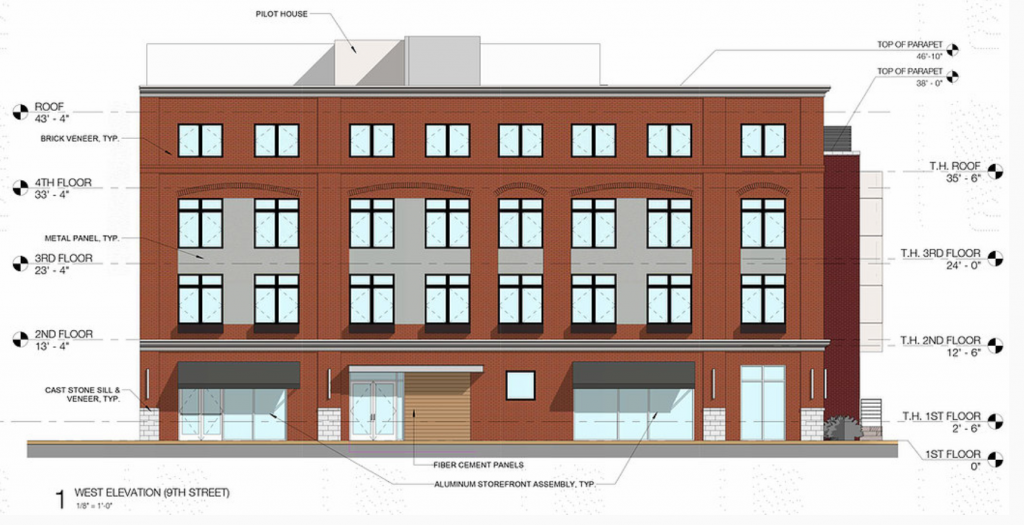 Elevation rendering of the project via Hightop Real Estate.

Compared to the renderings, the brick appears lighter in color and does not include the aforementioned brick arches nor the rest of detailing. Instead, the structure took on a more modern look with the addition of dark gray cladding on the fourth floor and near the corner. The most prominent addition to the new design is the extra-tall, five-level portion at the corner. The addition allows the building to really stand out more prominently at the intersection.

The design for the townhouses saw fewer changes than the main structure, as feature the same shape as originally proposed, but with different materials. Dark panels replaced white cladding at the projections, matching the color of the panels on the brick structure. The brick façade now matches the main building, as well. The design change helps visually integrate the structures with one another. 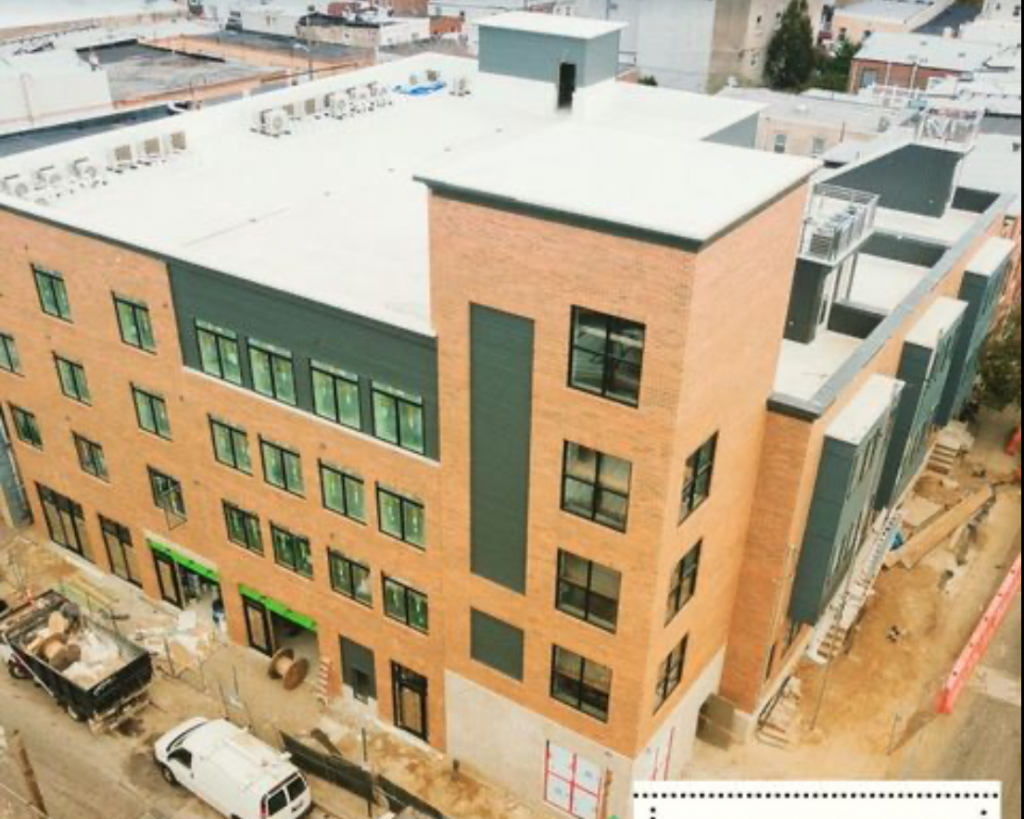 Image of the development via Hightop Real Estate.

Given its prominent location next to the two iconic cheesesteak restaurants, the building will soon begin appearing in numerous photos as the backdrop to one of the city’s most famous locales. The development replaces a lot that was vacant except for a community garden, an admirable but not the most efficient use of the property given its location. The added residential density will positively contribute to the location. Both the Italian Market and Passyunk Avenue are located within a short walk of the new building, and so the incoming residents will help support both retail corridors. The new retail space will also boost the surrounding commercial area.

The building will likely be completed before the end of the year.