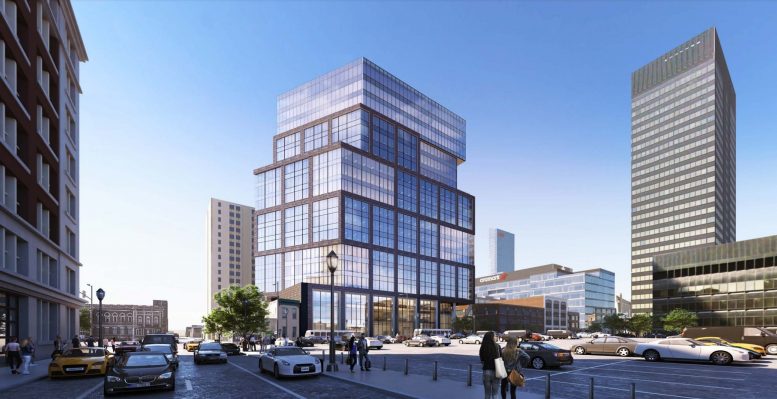 After a rapid excavation, the foundation for 2222 Market Street in Center City West is nearly complete. The building will rise to a total height of 318 feet and 20 stories above the ground. Designed by Gensler and developed by Parkway Commercial Properties, the tower will feature a glass façade with stone highlights and glass, along with public space and amenity space. The building will stand at the former site of a 21,000-square-foot parking lot, which was also owned by the developer. 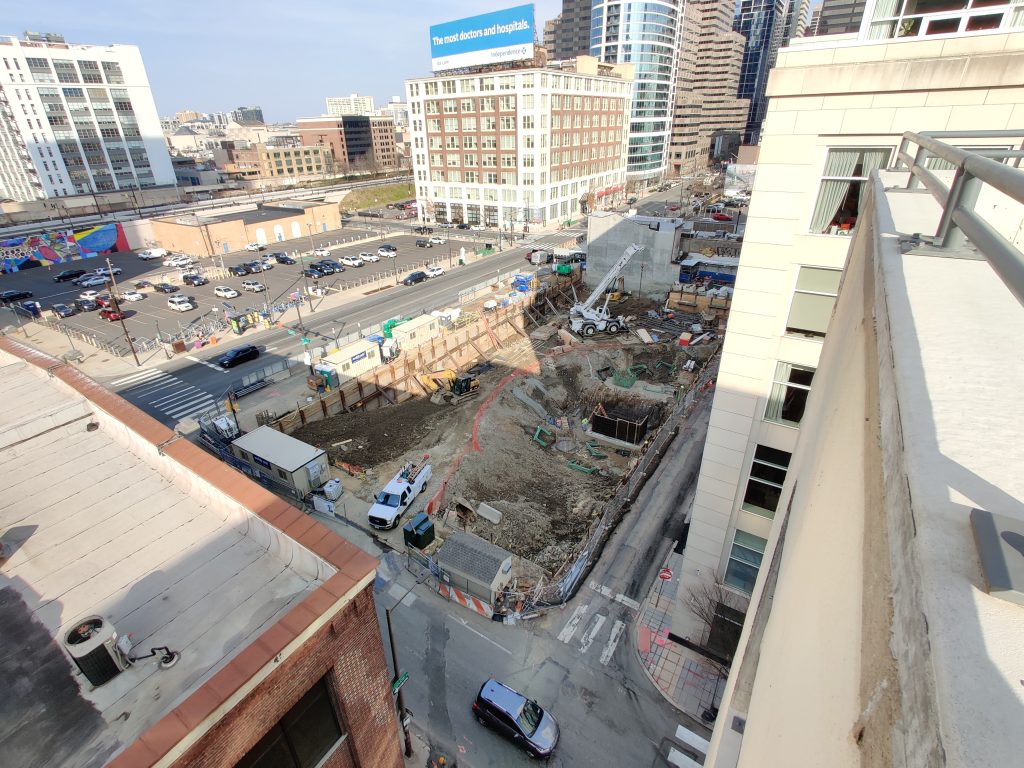 2222 Market Street from a nearby garage March 2021. Photo by Thomas Koloski

The project was unveiled in May 2019 with a more blocky design, but the final design was revealed in the CDR documents in June 2020 showing less square footage as the east faces of the building are now angled giving the building more of its own unique design while opening up some of the clustered space. Work was about to start in August as the parking lot had closed to the public with machines on site tearing up the lot and digging in the next two months. The progress slightly slowed down due to the somewhat unexpected winter conditions, but the digging was nearly complete in the February update. 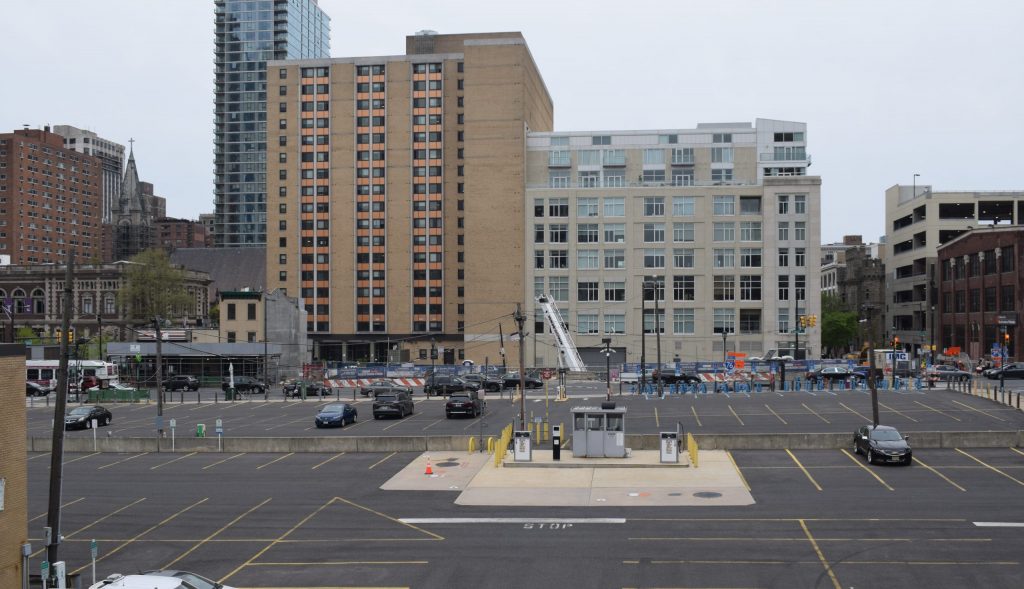 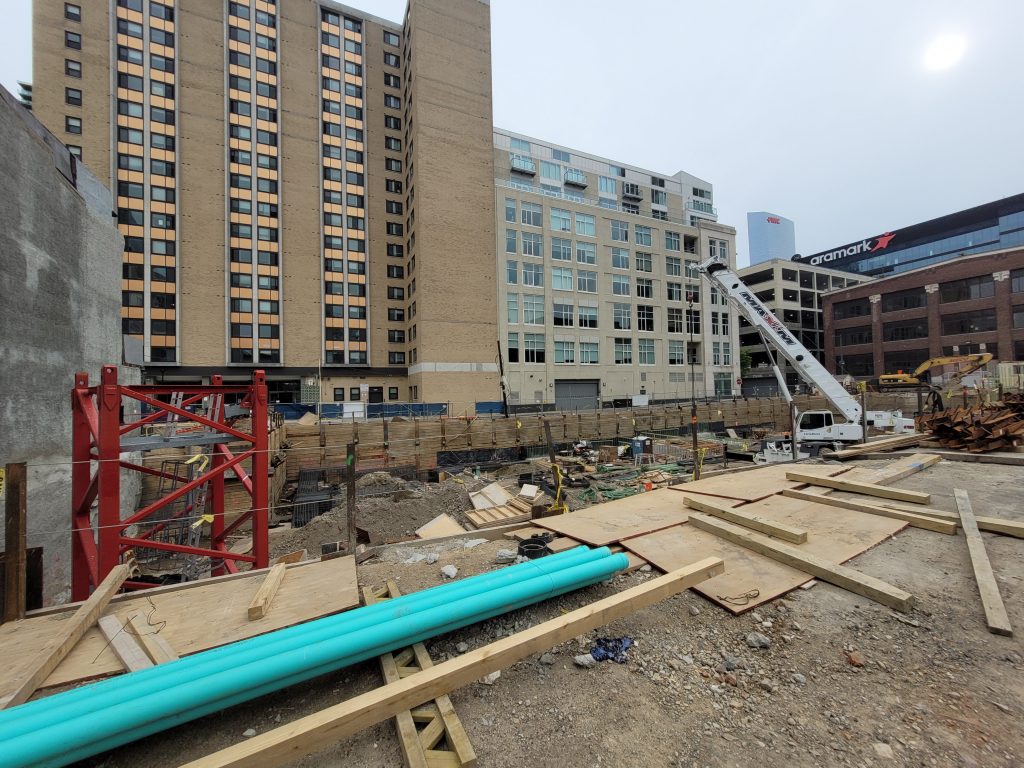 The erection of the tower crane that was reported in the last update did not happen yet, though one of the sections of the tower is secured in a foundation on the northeast corner of the site as they are ready to put the rest up soon. The digging is about to be done as there are only piles on site with the walls completely dug out, while the concrete pours for the foundation walls are underway. Structures have also been put together and poured on the bottom of the site as most of the structures are designated for the core. The building could reach ground level by the middle of the summer. 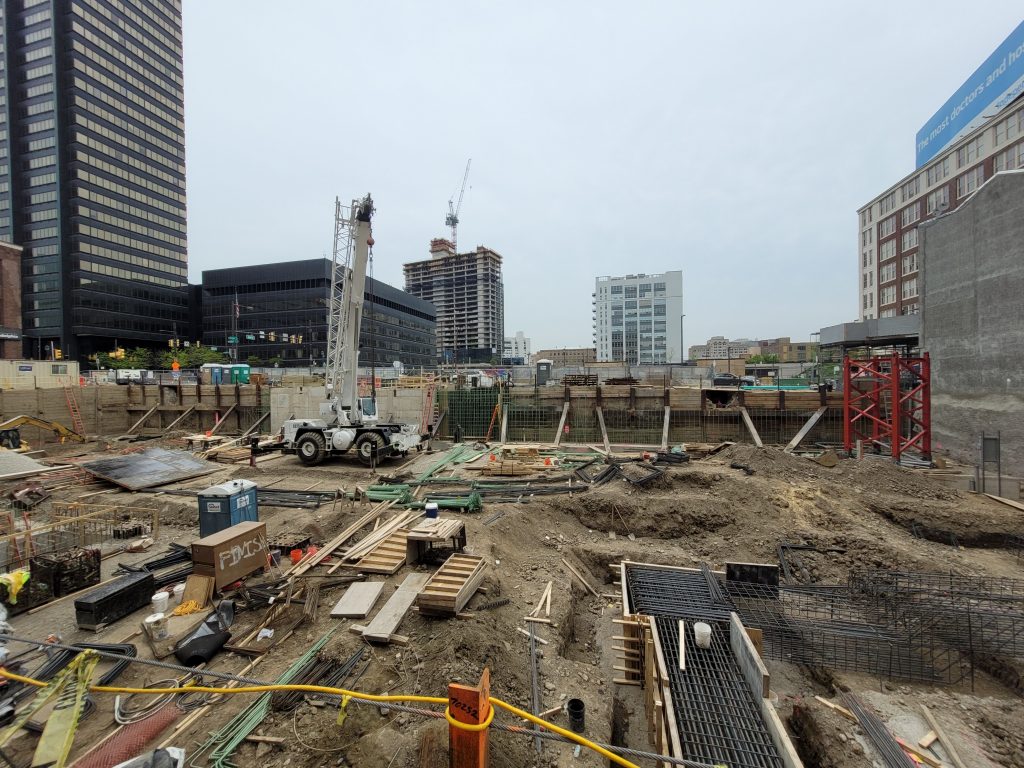 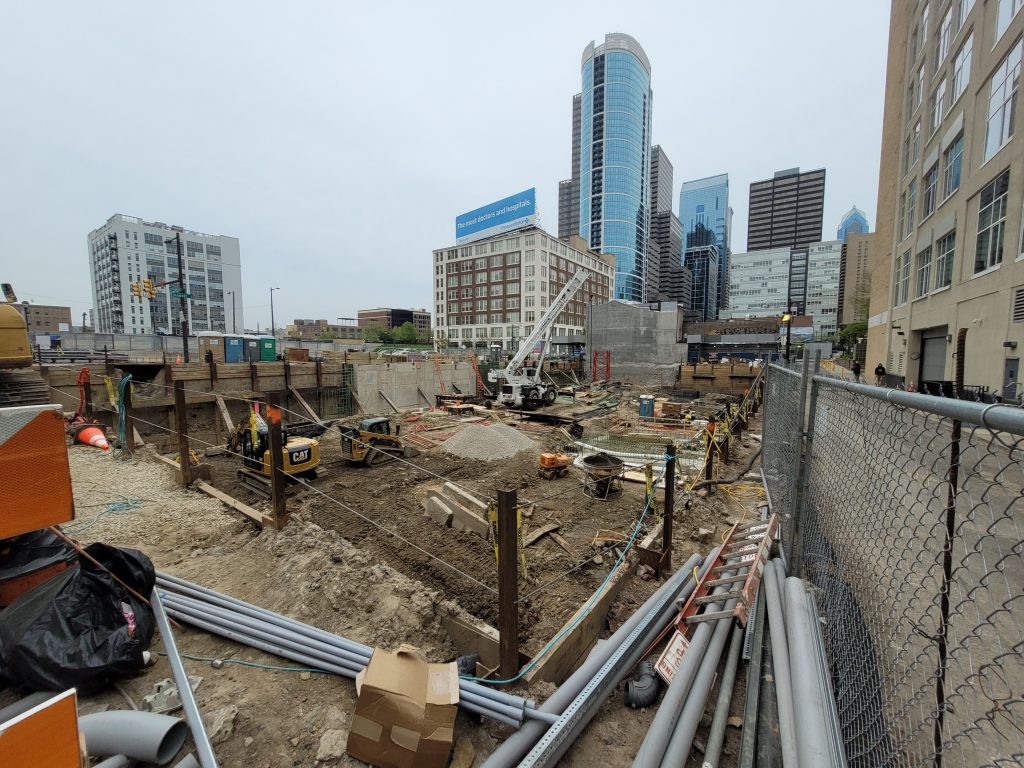