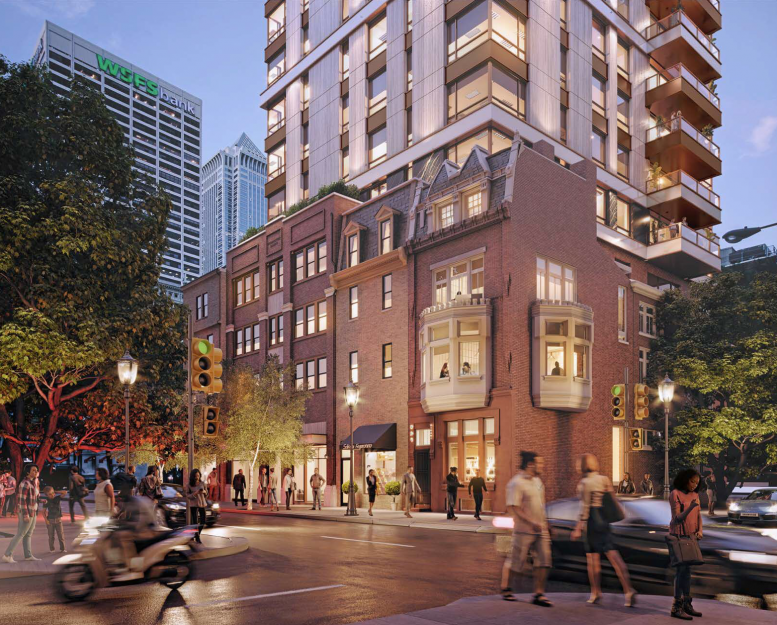 A commercial permit has been issued for the 49-story tower planned at 113 South 19th Street in Rittenhouse Square, Center City has received its commercial building permits. The tower will stand one of Philadelphia’s tallest with a height of 567 feet. The building will hold 183 residential units which will be located on the fifth through 48th floors of the tower, and the fourth floor is set to hold residential amenity space.  Additional tenant spaces will be on the first through third floors as well as the 49th.  The tower, designed by DAS Architects & Planning and developed by Pearl Properties, will feature a green roof at the top of the structure. In total, the superstructure will hold 257,694 square feet of space. The permit shows construction costs of $25 million, but the total cost of construction is sure to be more. 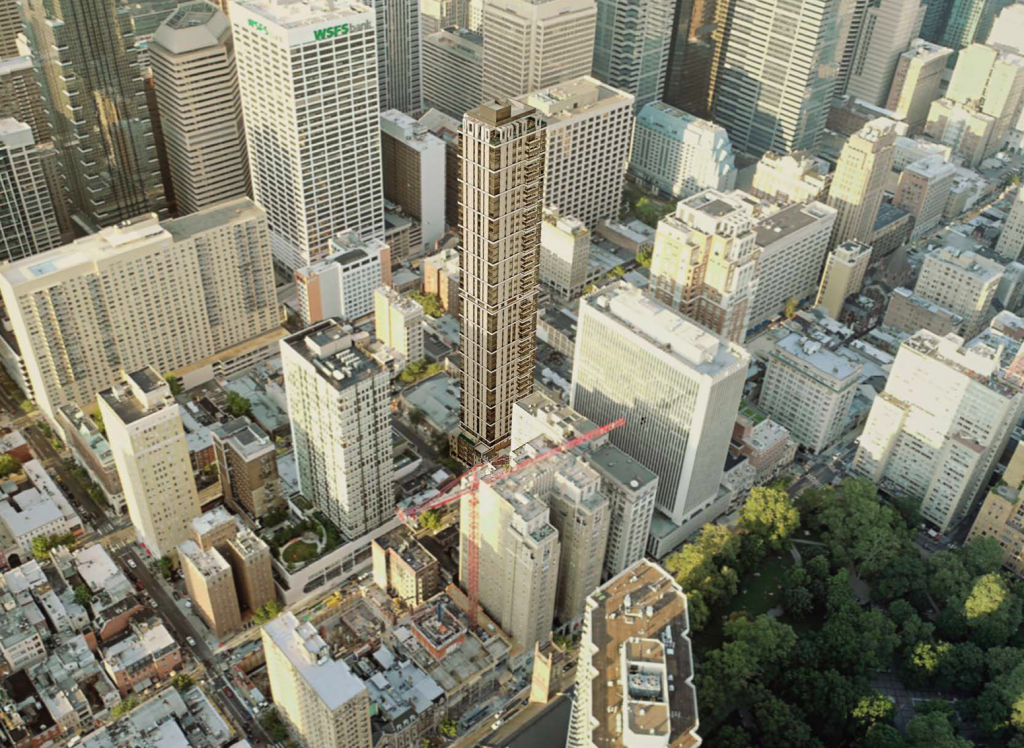 The plan is to keep the façades of the existing historic structures at street level.  The new tower will rise from a slight setback from the street to its full height. The building will feature tan cladding with windows and balconies arranged in columns. In between windows, darker cladding will be utilized to fully form the columns which will be highly visible from vantage points throughout the city. 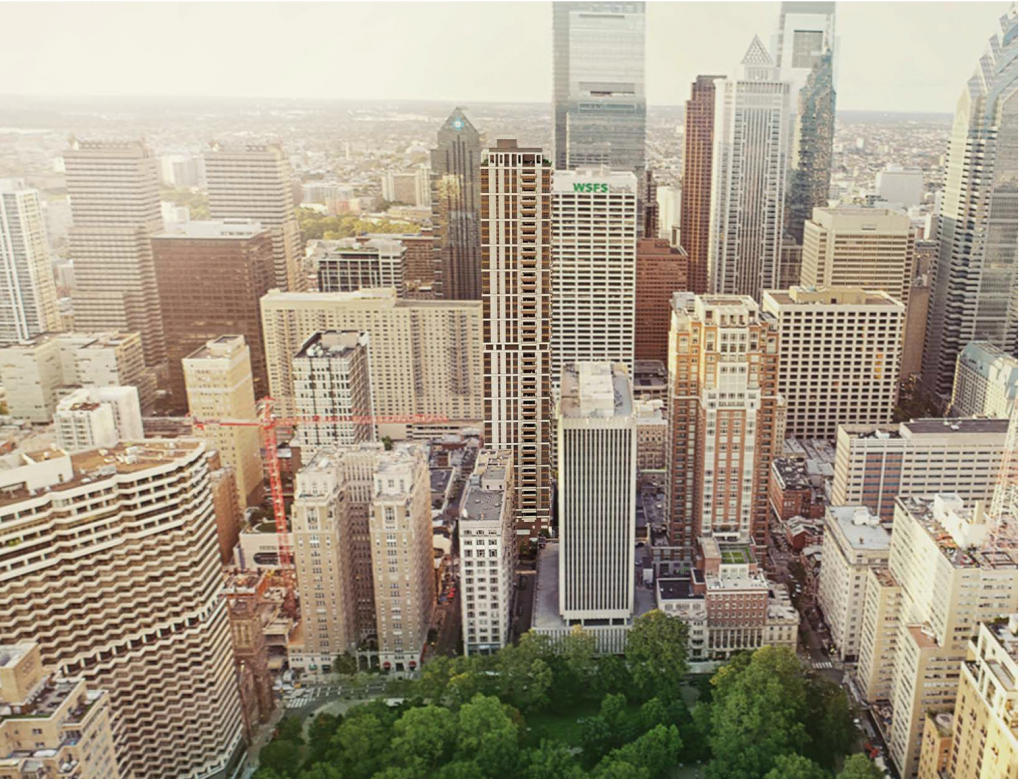 The structure will tower over Rittenhouse Square upon completion, sitting only slightly shorter than the Laurel once that building is completed. The two buildings will begin to form a Philadelphia version of New York’s iconic Billionaire’s Row, where some of America’s tallest buildings stretch into the sky above Central Park. 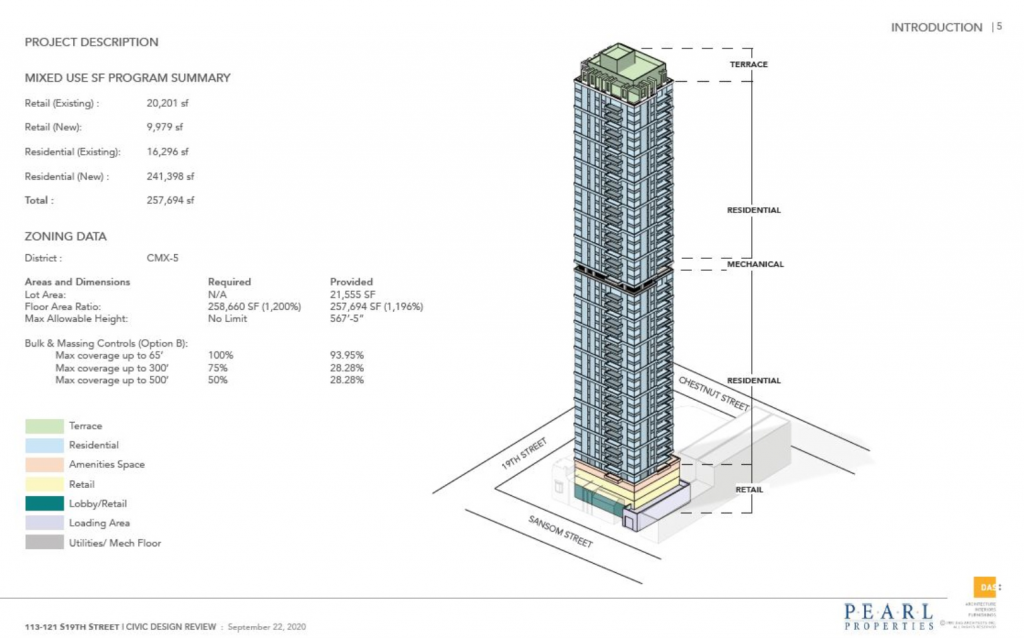 The tower was unveiled back in early October of 2020 and has remained highly anticipated since. It is very exciting to see the massive development move forward so quickly with permits already in hand. Pearl Properties also constructed a nearby tower dubbed The Harper, which is now just one of many new towers appearing on the Rittenhouse skyline.

With the commercial building permits, the tower is now close to the construction process and could conceivably begin soon, potentially this Spring or Summer.  It will join The Laurel on the Philadelphia skyline and will help make the skyline “stack” up to the Comcast Technology Center which serves as the city and state’s tallest building atop Philadelphia skyline.

YIMBY will continue to track the tower’s progress as the exciting journey for this skyscraper begins.