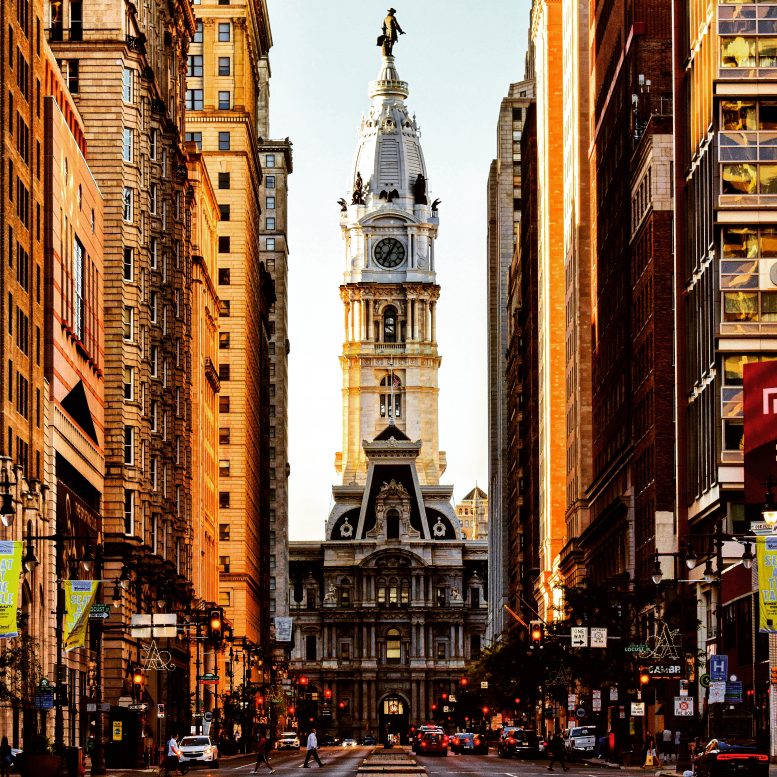 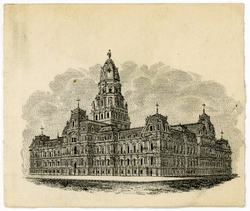 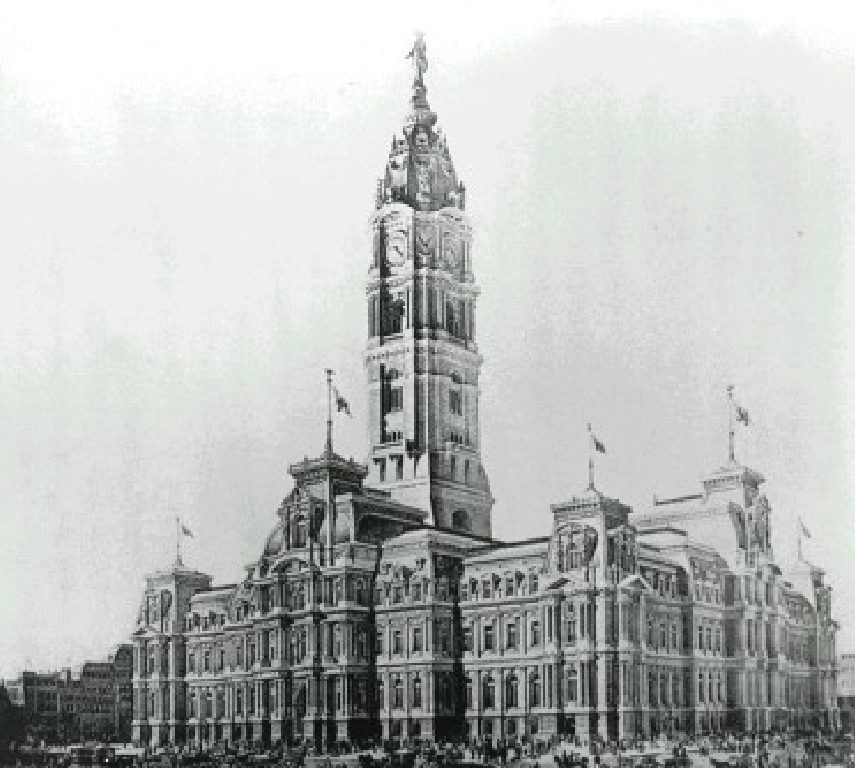 Construction started in 1871 at a site that was once home to a large park called Center Square, one of William Penn’s and Thomas Holme’s five original parks formed within the city layout in 1682, four of which still remain. The building is clad in limestone, granite, marble, and glass, making the structure stand out during the day with its bright materials. The municipal and office floors wrap around an open courtyard that is accessed through four corridors on each side. In the middle of the north side stands the clock tower, which is topped by the 37-foot-tall William Penn statue. The 53,348-pound statue was lifted in 14 sections in 1894, making the tower the tallest office building in the world until the Singer Building in New York City took the title in 1908. 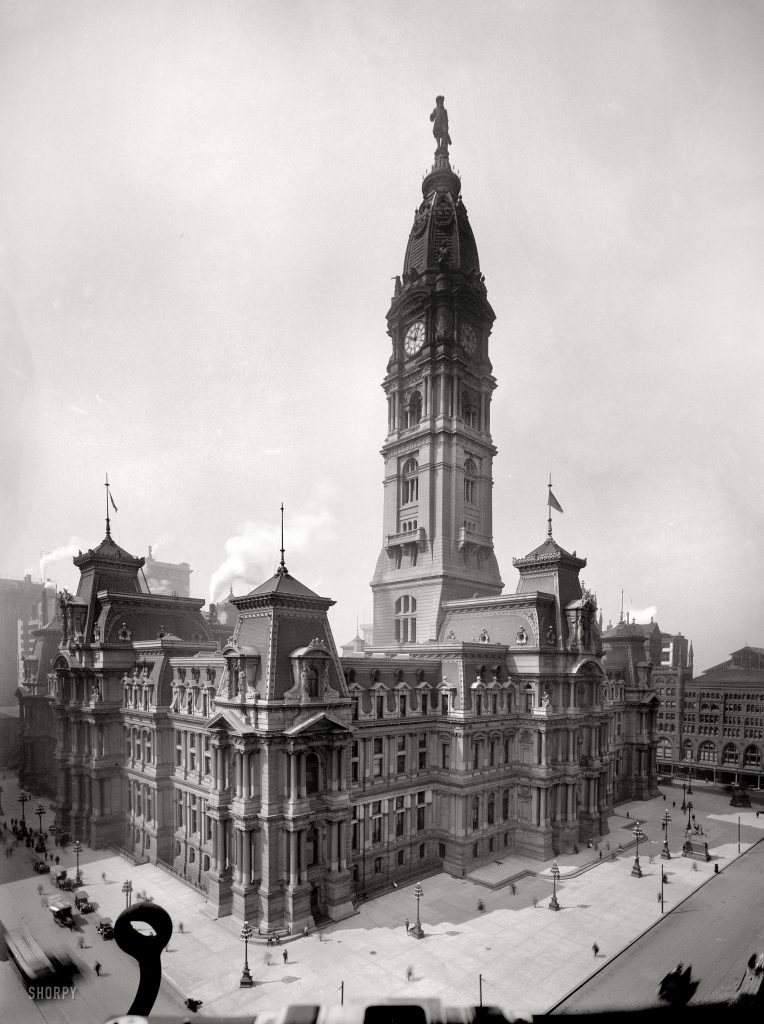 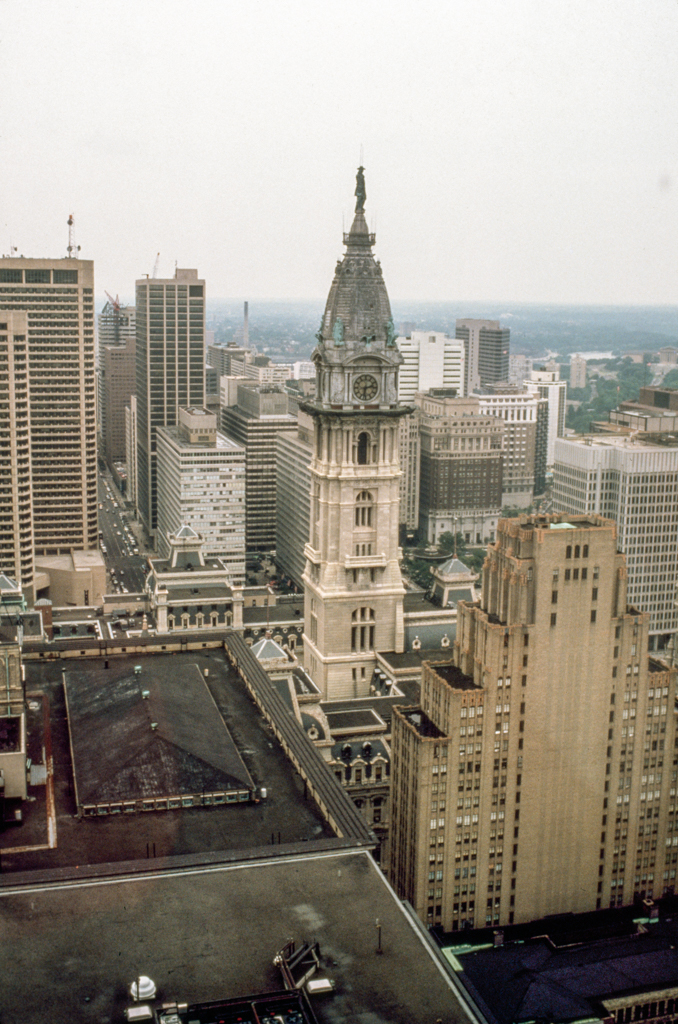 One Liberty Place shortly after the crane take down from Loews Hotel. Photo from the Philadelphia Inquirer 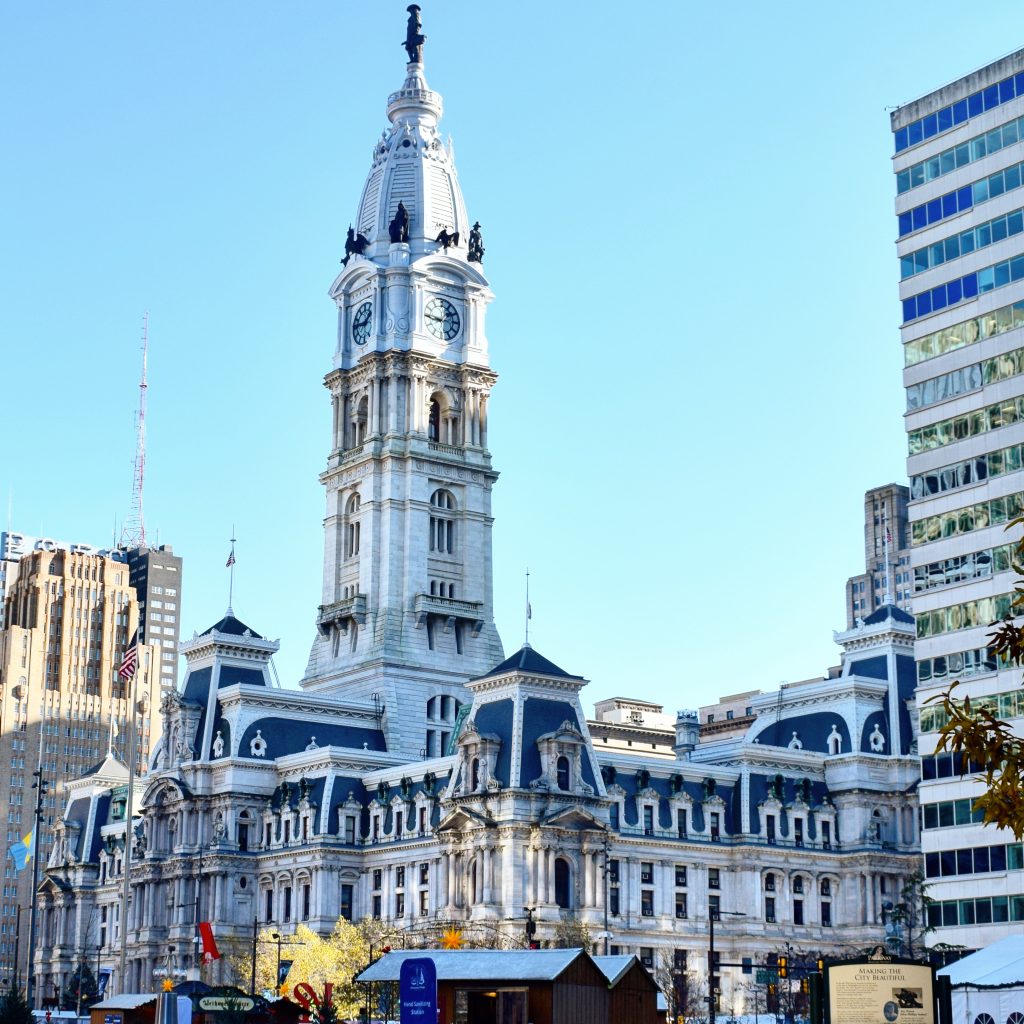 For nearly a century after completion, a “gentlemen’s agreement” restricted buildings from rising above the height of the William Penn statue was eliminated in 1984 with the approval of One Commerce Square, which topped out at 565 feet in 1986. In the same year, City Hall was covered in 15 stories of scaffolding and had its wooden components within the clock tower replaced with steel to avoid structural failure. In September 1986, the steel beams of Independence Blue Cross Tower, Three Logan Square, Two Liberty Place, and BNY Mellon Center had joined the skyline by 1990 with the top of the clock tower being uncovered in the summer.