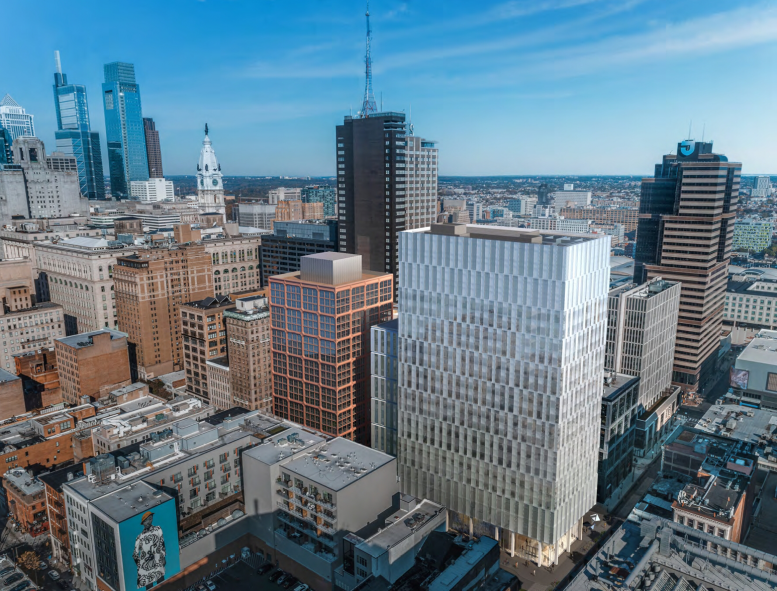 As can be seen in YIMBY’s recent extended look at the development, construction is well underway for the two towers. Most recently, foundation work has been progressing and a second tower crane was constructed at the development site.

There is uncertainty around the timing of the western residential tower and the eastern medical tower. Clearly, foundation work is taking place throughout the entirety of the site and not just the eastern portion where the Jefferson Tower will stand. With permits in hand, work may begin on the underground garage.  Work on the Jefferson Tower should immediately follow. The unknown is the timing of the western residential tower.

For large towers, no singular permit has been submitted for the entirety of the project.  Instead, there are multiple subsidized permits for more specific portions of the superstructures. 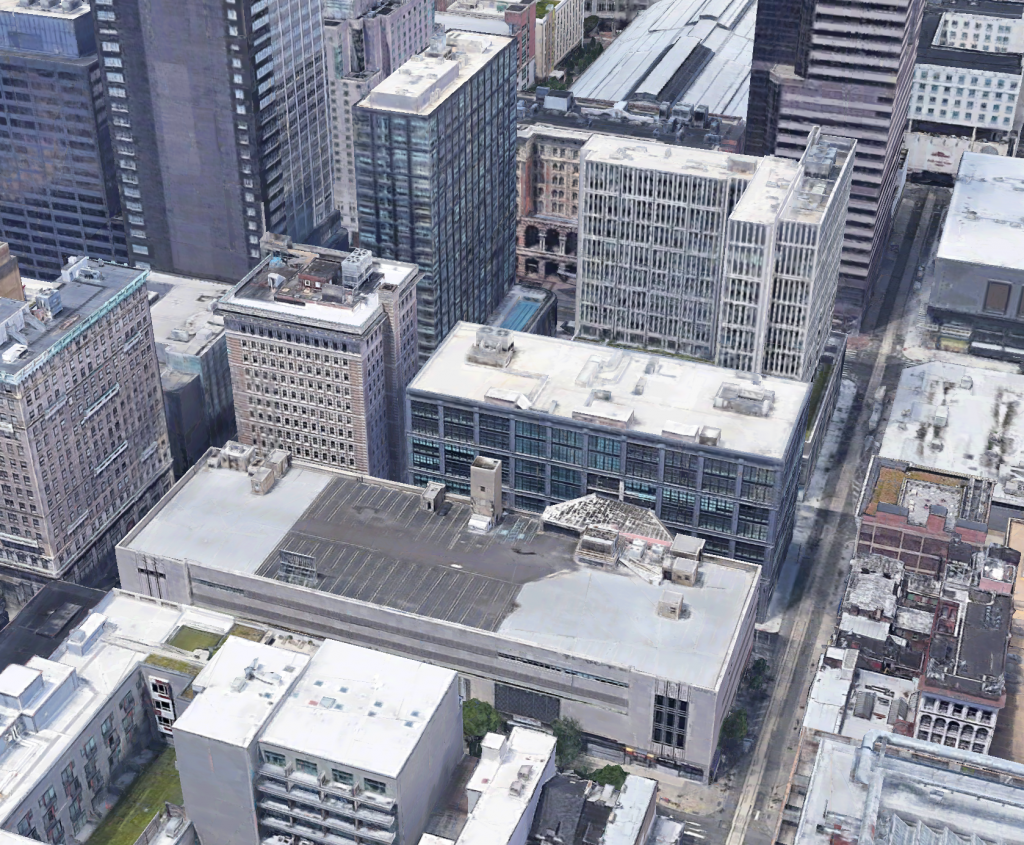 The massive site for the development occupies an entire city block in the heart of Center City’s East Market neighborhood from which the project receives its name. The development will help continue the transformation of the former dead zone around the 1100 block of Chestnut Street, similar to how the initial phases transformed the northern sites.

Be the first to comment on "Permits Issued for Parking Garage at East Market Phase 3 in Market East, Center City"