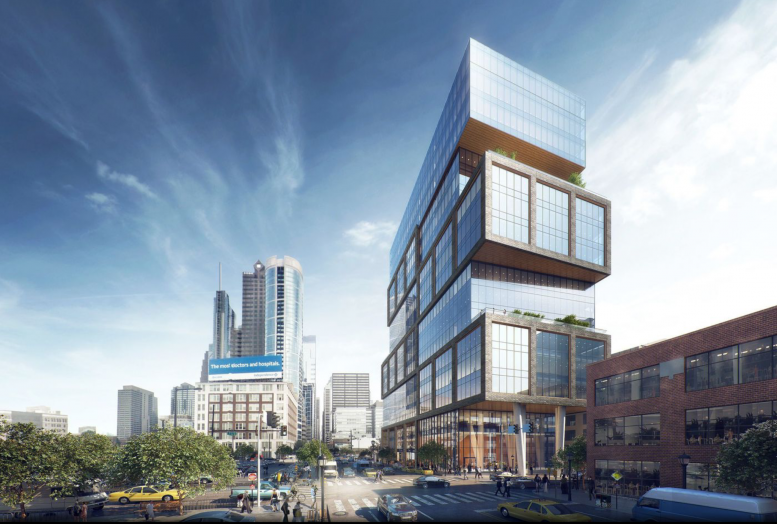 Rendering of 2222 Market Street via Gensler.

A tower crane has been erected at 2222 Market Street in Center City West. Designed by Gensler and developed by Parkway Commercial Properties, the tower will rise 282 feet and 20 stories tall, making it one of the tallest structures in the area. Its stacked-box design will allow it to stand out at its prominent location on Market Street. A mixture of glass and stone materials grants the tower a modern façade that, toegther with new public outdoor space, will liven up the stretch of Market Street. 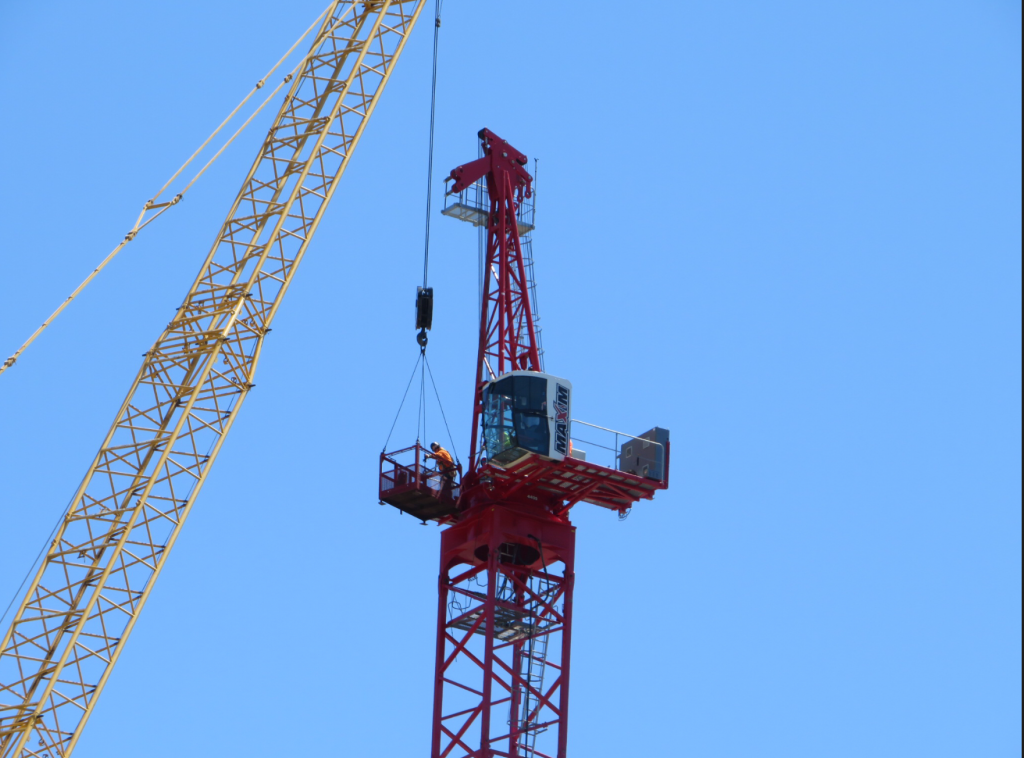 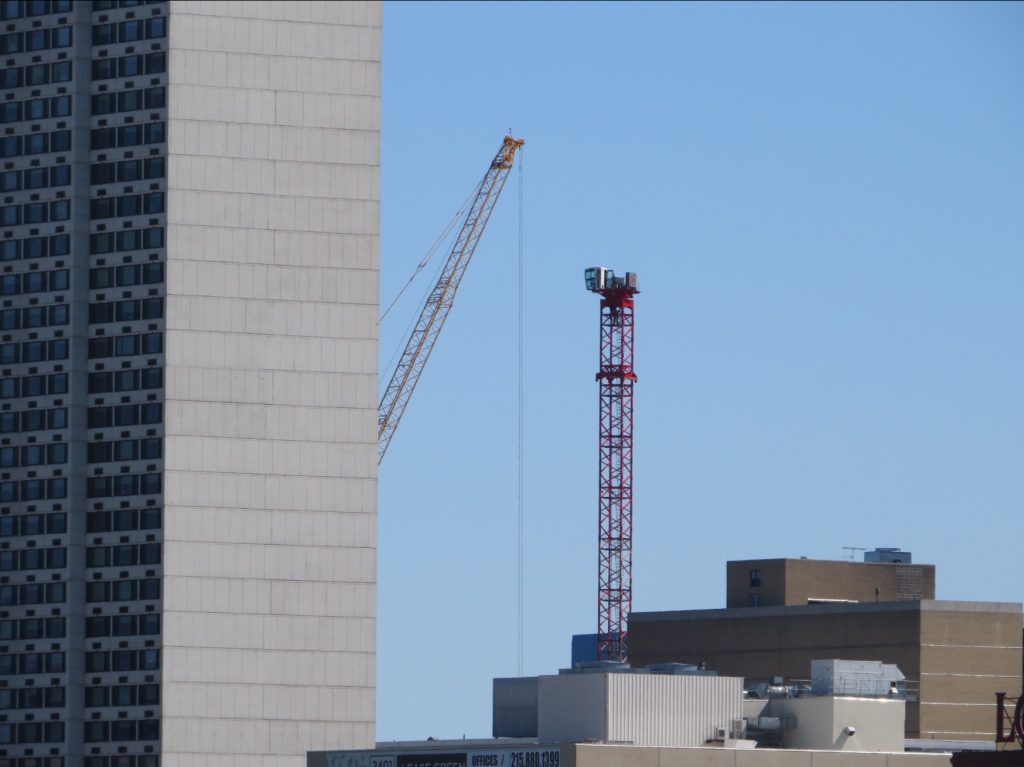 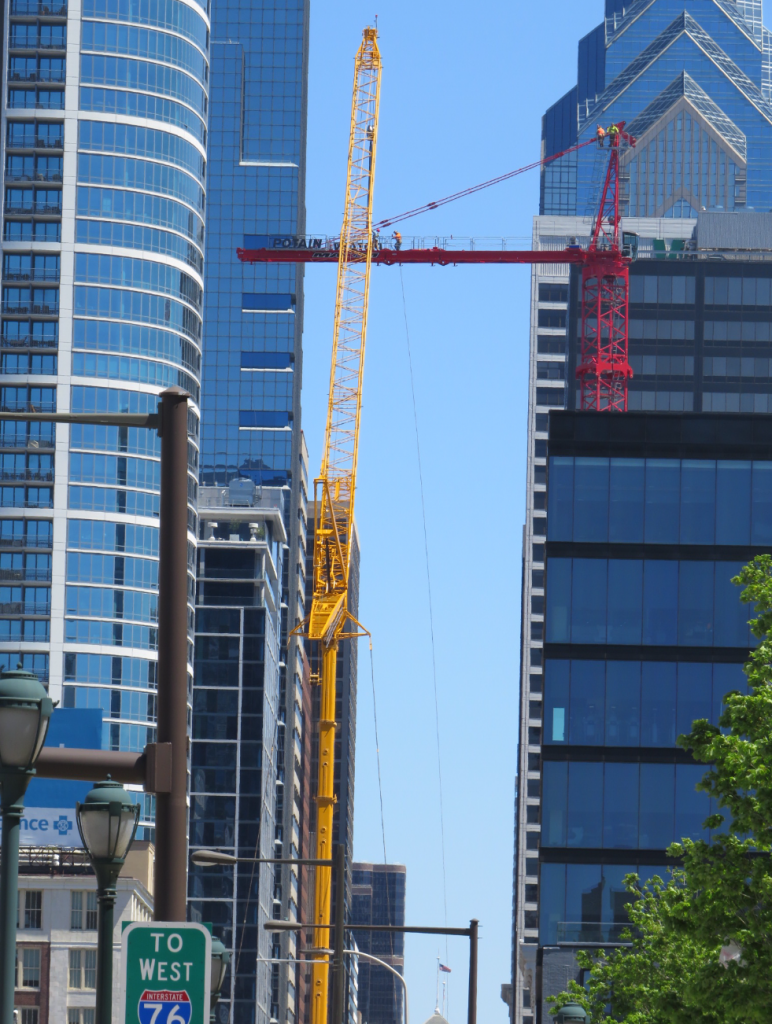 YIMBY provided an update on the development just a few days ago, sharing progress on the project’s foundations. In the article, it was mentioned that the full tower crane erection had not yet happened, and that only the base of the crane stood on the site. Now, this fact has changed, with the tower crane rising on the site Saturday morning into the early afternoon hours. 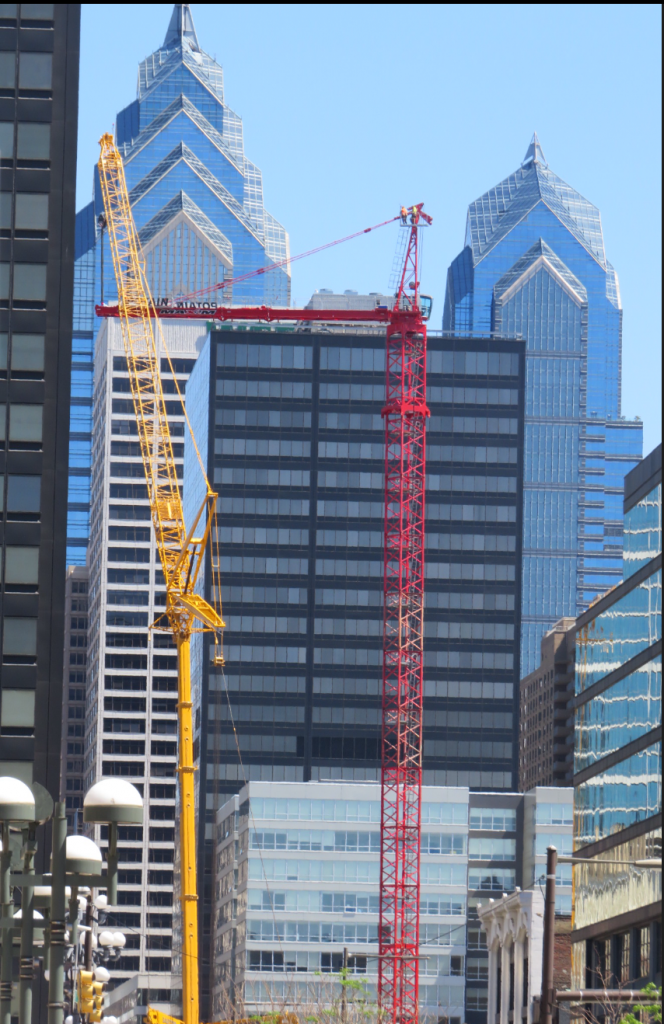 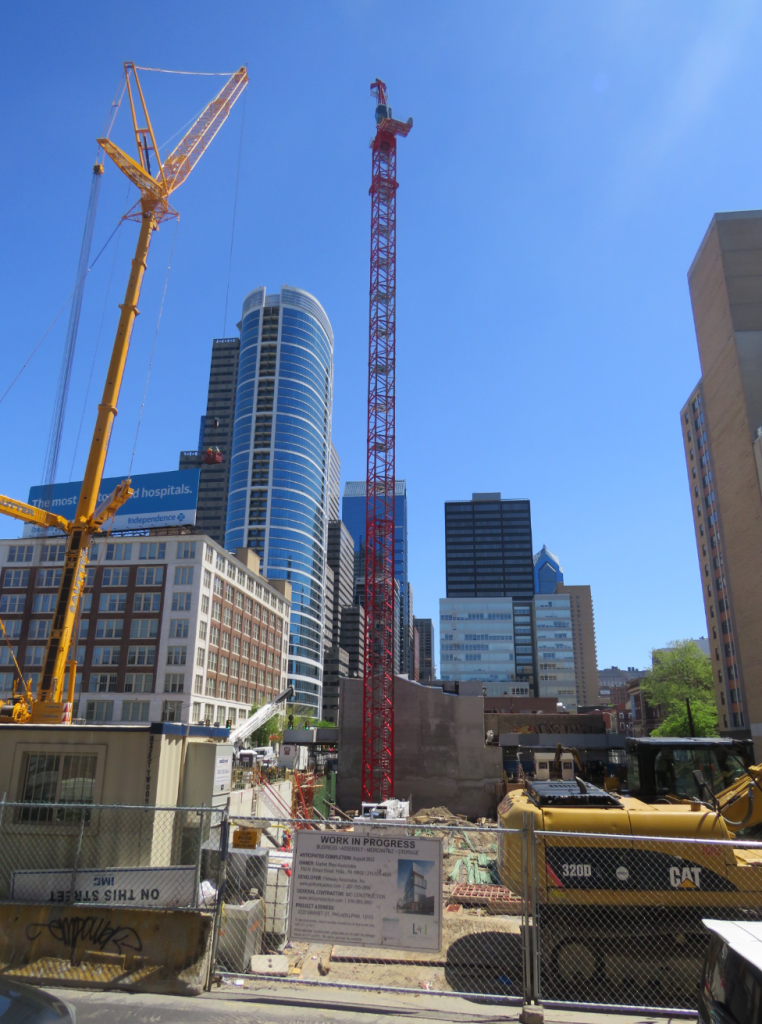 A mobile construction crane arrived on the 2200 block of Market Street on Saturday morning, and the street was blocked off to traffic by the Philadelphia police force to allow for the crane-construction progress to occur easily. The crane segments were brought to the site with trucks, where the temporary crane lifted them onto the crane structure, where the segments were put into place. 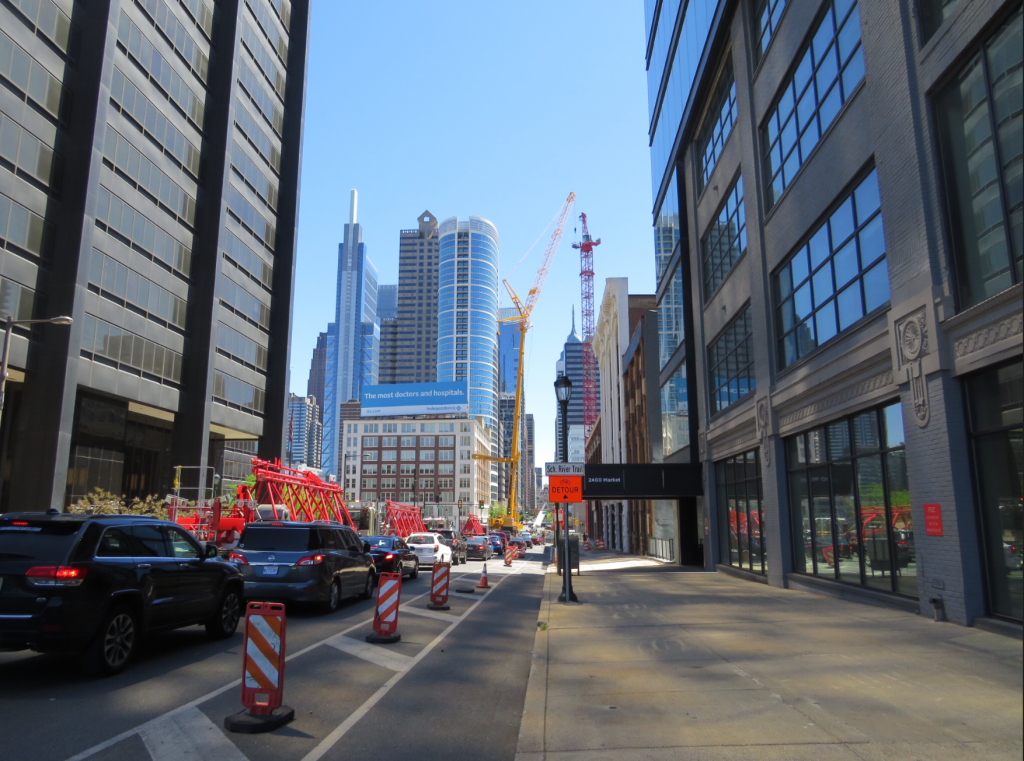 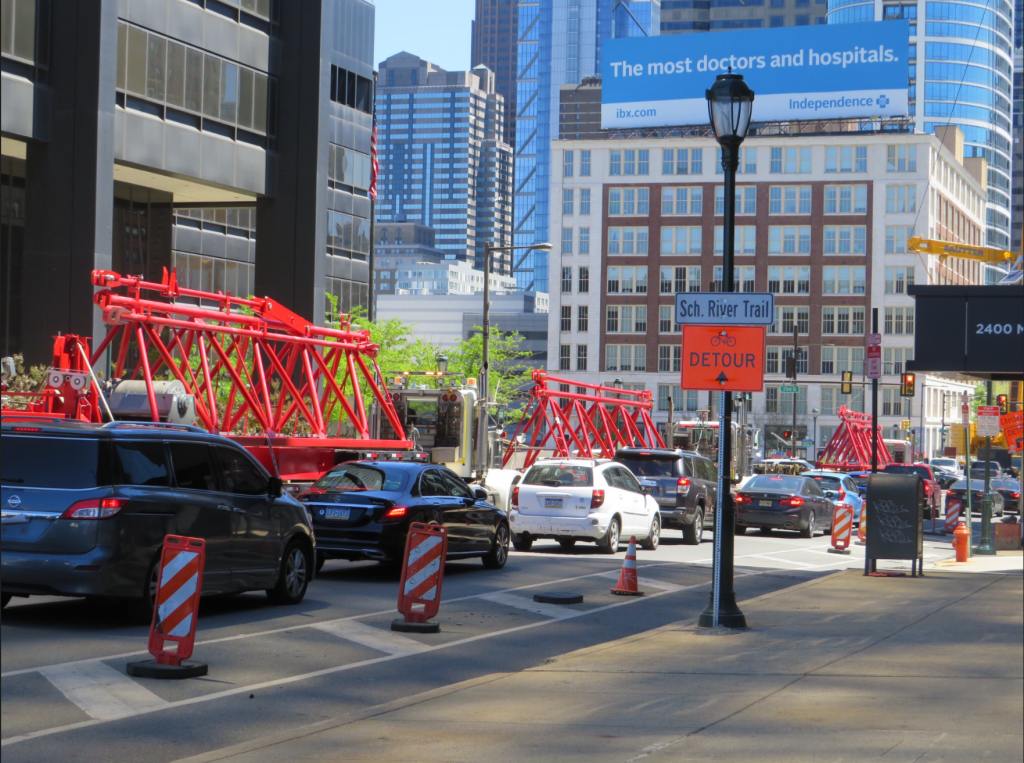 Now that the tower has received its tower crane, the building will be ready to begin its vertical ascent, which could rise over street level sometime this summer. The crane is visible from many points throughout the area, including from the Western Schuylkill bank, where it joins the cranes of Arthaus, Laurel, and Riverwalk, bringing an exciting view onto the skyline.

2222 Market is expected to reach its final completion in August of 2022.