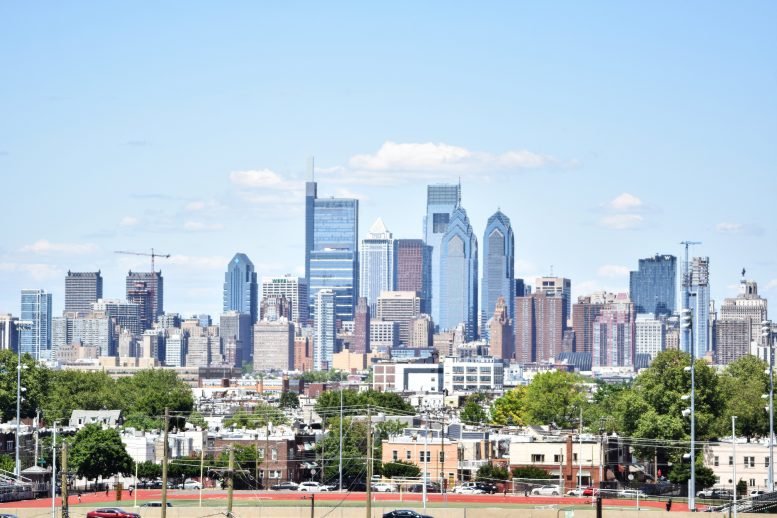 Today YIMBY looks at the skyline from a brand new viewpoint at the Live! Casino and Hotel, which has a fantastic view of the Center City towers. The photographs in this publication are taken from the parking garage, located to the south of the hotel portion of the entire project along with being to the south to the skyline. The hotel is located two blocks to the north of Citizens Bank Park, in the Sports Complex District in South Philadelphia. 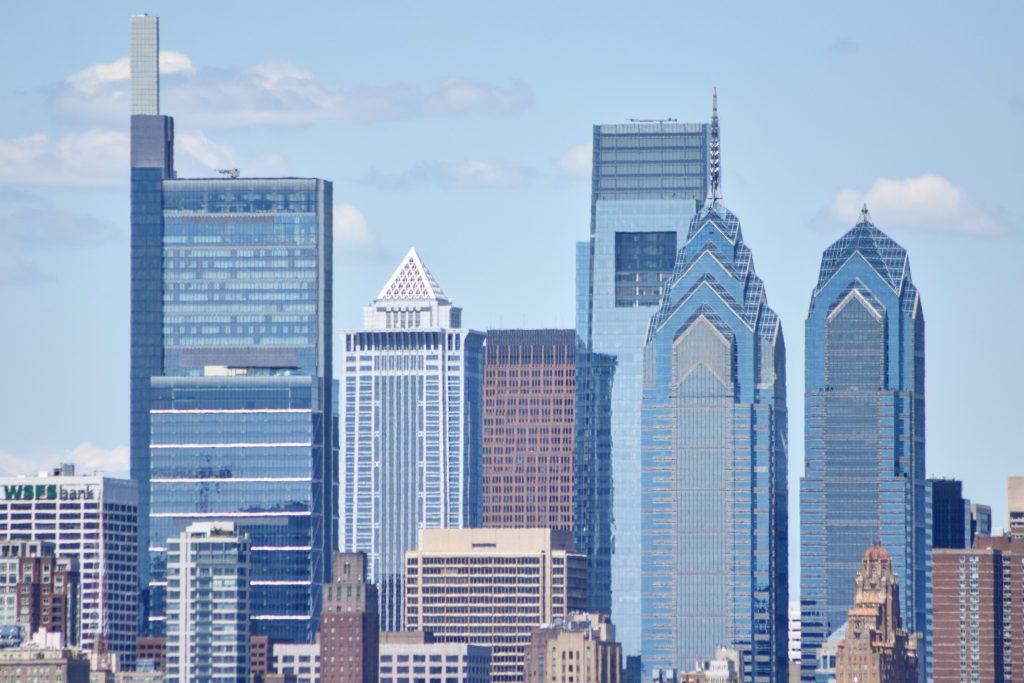 Mostly coming into view is the cluster of the tallest skyscrapers that make up the Philadelphia skyline. The view also stretches all the way from West Philadelphia to Old City, including the Camden skyline in the distance. The FMC Tower stands extremely dominant, as well. The Comcast Technology Center is the tallest of the bunch, at 1,121 feet tall. The William Penn statue on top of City Hall pops out above the crown of One South Broad Street, near several developments rising around Broad Street. 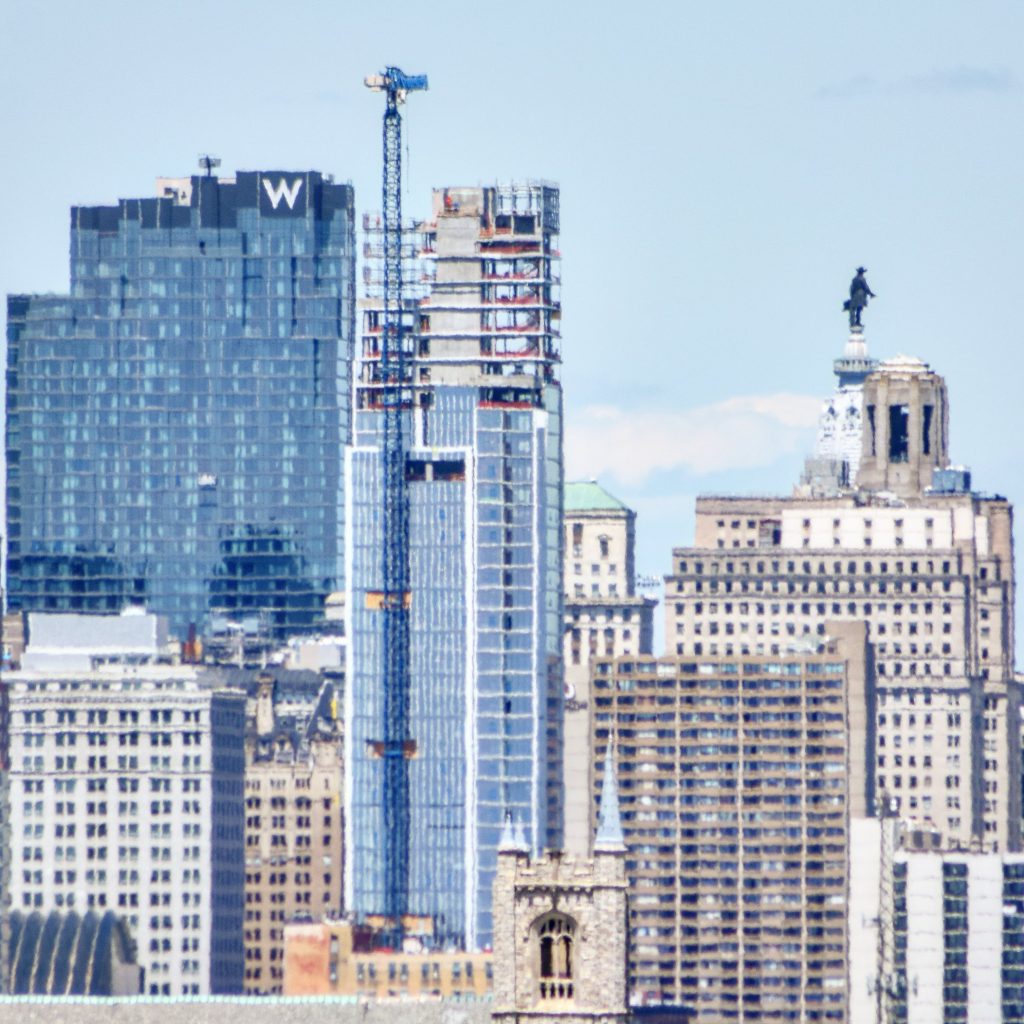 Observing progress on multiple projects, the tallest tower that has made substantial progress is the Arthaus condominium, which will stand 542 feet tall. The Laurel Rittenhouse Square will rise taller still to 599 feet, visible in front of Two Commerce Center as the tower nears the top of the structure. Smaller projects such as the Riverwalk towers are also making good progress, where the south tower is about to top out.

2 Comments on "YIMBY Observes The Rising Philadelphia Skyline From The Live! Casino and Hotel In The Sports Complex District, South Philadelphia"