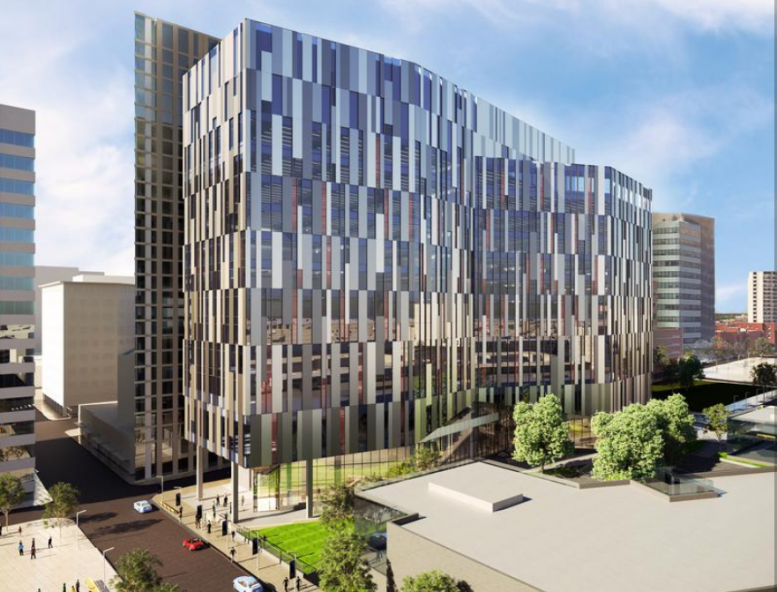 Drexel College of Nursing and Health Professions from a nearby parking garage. Photo by Thomas Koloski

In the previous updates, the tower was observed as it was rapidly constructed throughout 2021. The structure rose above ground in December 2020 and workers quickly assembled the superstructure. By January, tower cranes were erected at the site. In March, the building already stood seven stories tall, with the sixth floor completed and beams stretching up to the eighth and ninth floor. By that point, the cranes have been jumped a few times already, and were visible in the skyline from certain views.

As the building is now topped out, we can already see that the building will look as it appears in the renderings. Cladding installation has started, mostly on the south side, with multiple floors already covered in glass, which shows its different shades as they change throughout varying daylight conditions. The sheer mass of the building gives a vivid sense of the other future structures that are planned around the area.

Drexel College of Nursing and Health Professions from near 38th Street. Photo by Thomas Koloski

Completion is expected in May 2023.

1 Comment on "Drexel College Of Nursing And Health Professions Topped Out with Façade Work Underway in University City, West Philadelphia"