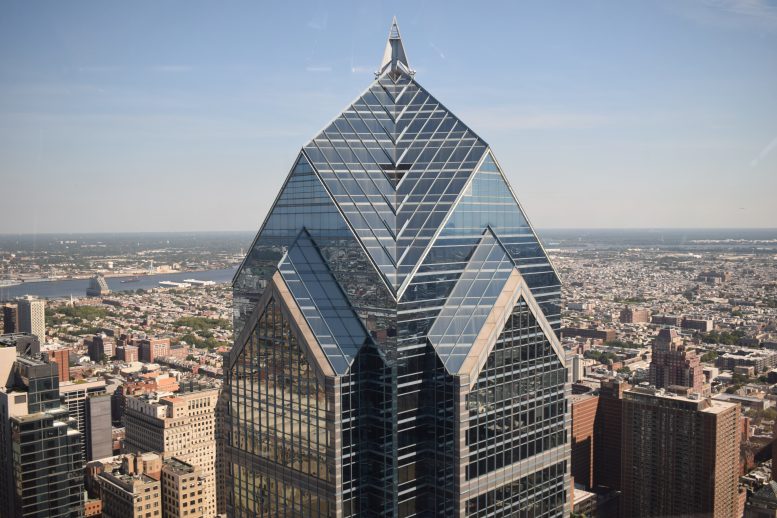 The majority of the skyscrapers that dominate the Philadelphia skyline are the trophy towers that were built in the late 1980s. One of these buildings is the 848-foot-tall, 58-story Two Liberty Place at 50 South 16th Street in Center City, the city’s fourth-tallest building. The skyscraper is a part of the Liberty Place complex that consists of two towers connected by a mall and a hotel. The skyscraper was designed by Helmut Jahn, who also designed buildings such as MesseTurm in Frankfurt, Germany, 50 West Street in New York City, and the Bank of America Tower in Jacksonville, Florida, among many others. The developer of the project was Rouse and Associates, which eventually transformed into Liberty Property Trust, which built both of the Comcast skyscrapers that today dominate the skyline. 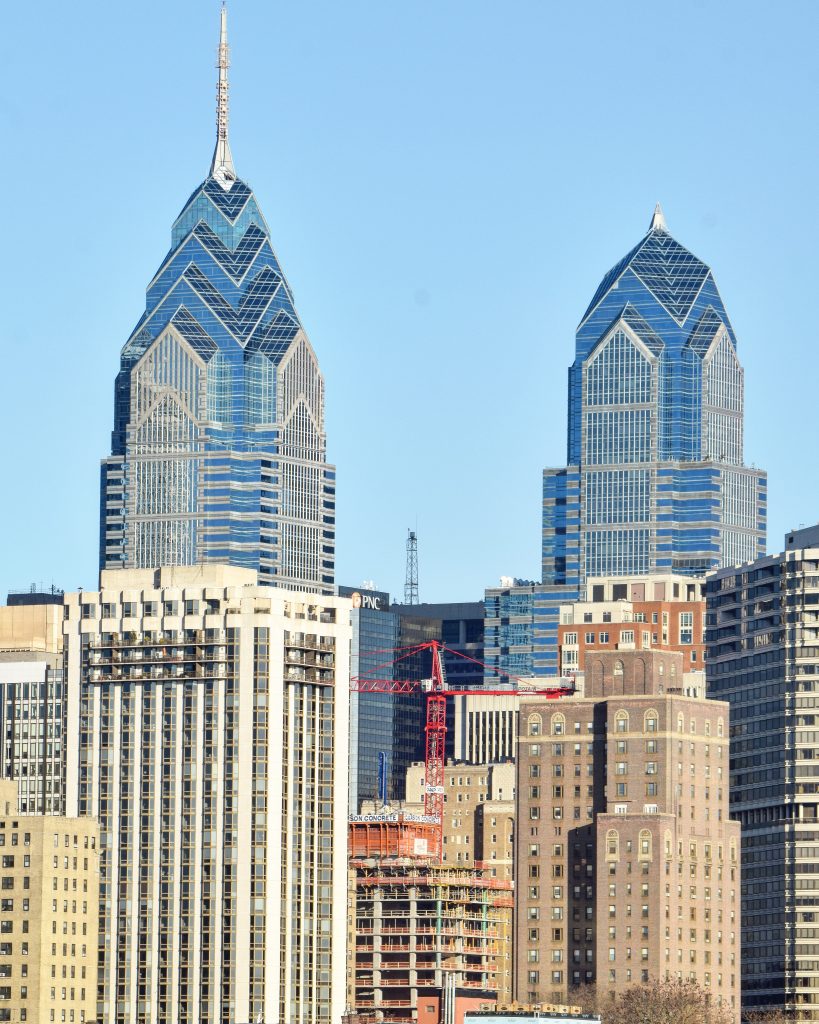 The tower was first proposed in 1984 along with a shorter One Liberty Place, but in the next year the architect revised a new iteration of Liberty Place with a 700-foot-tall Two Liberty Place. However, the anchor tenant Cigna requested more floor space in the tower, leading to a series of quirky design concepts. Eventually, the design was finalized kept the shape of the crown, but eliminate some stone cladding andprovided additional floor space within a wing extending to the north. 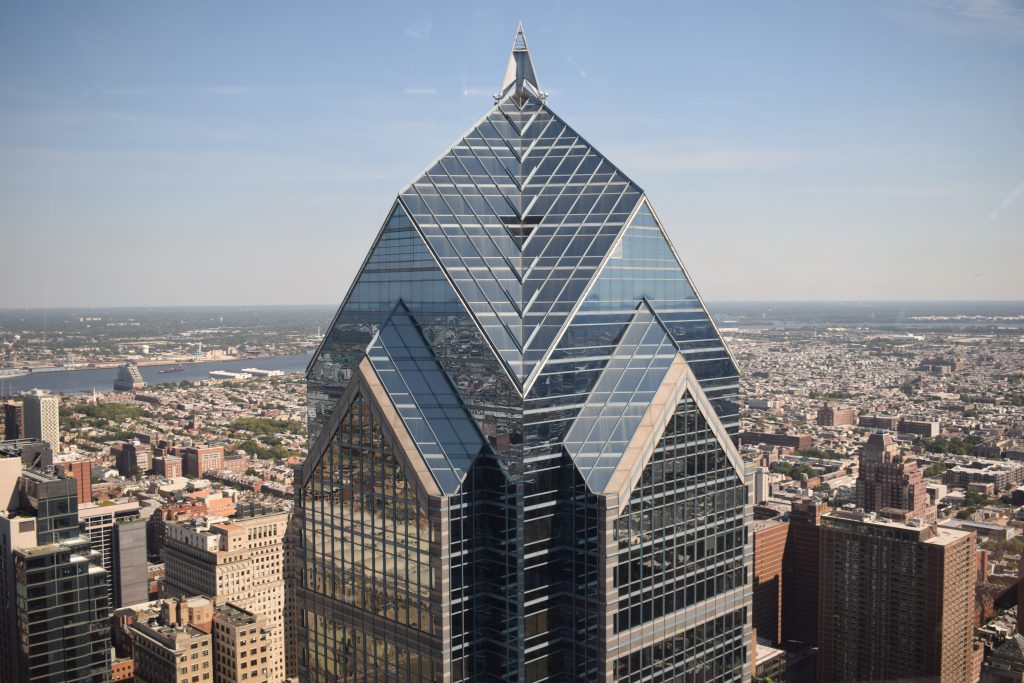 The groundbreaking was held in February 1988. Since the site was so large, it took some time to dig out the ground for the foundations. A crane was erected at the site by the summer, and the structure of the tower was about to rise by the end of the year. By the spring of 1989, the building was looking massive, with a chunky core rising halfway up and the imposing steel skeleton creeping its way up. The core topped out in August, while the steel and the short spire were topped in September 1989. The tower eventually opened, together with the mall, in November 1990.