Philadelphia skyline from I-95. Photo by Thomas Koloski

Multiple highways around Center City offer great perspectives of the Philadelphia skyline. One of the best vantage points located along the Interstate 95, which presents a look at the skyline where the towers scatter in broad view from east to west, with underway developments in multiple neighborhoods easy to pinpoint. Of course, the Center City skyscrapers stand out prominently, and even smaller towers rising in Center City West can be seen from the view. 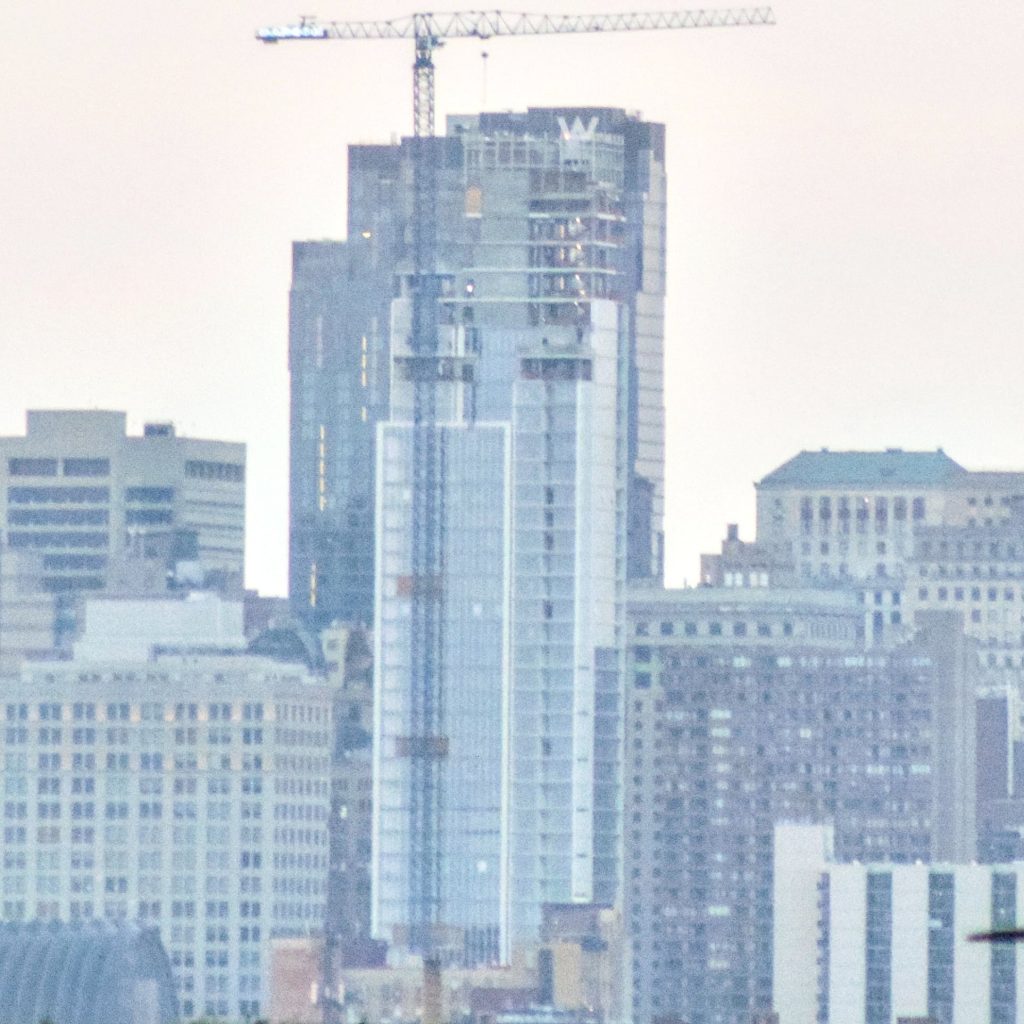 Arthaus from I-95. Photo by Thomas Koloski

The development that is among the furthest along in construction is Arthaus at 311 South Broad Street. The tower has been rising since the beginning of last year, and the tower is about to reach its entire height. The concrete was completed in February, but the steel parapet has been rising to reach 542 feet. The tallest development that is rising fast is The Laurel Rittenhouse Square, which will soon reach its planned height of 599 feet. The tower is making great progress as the tower is now 75 percent up the entire height. The 40th floor sits at a height of 451 feet, with the structure already dominating in the skyline and drastically popping out from certain views. 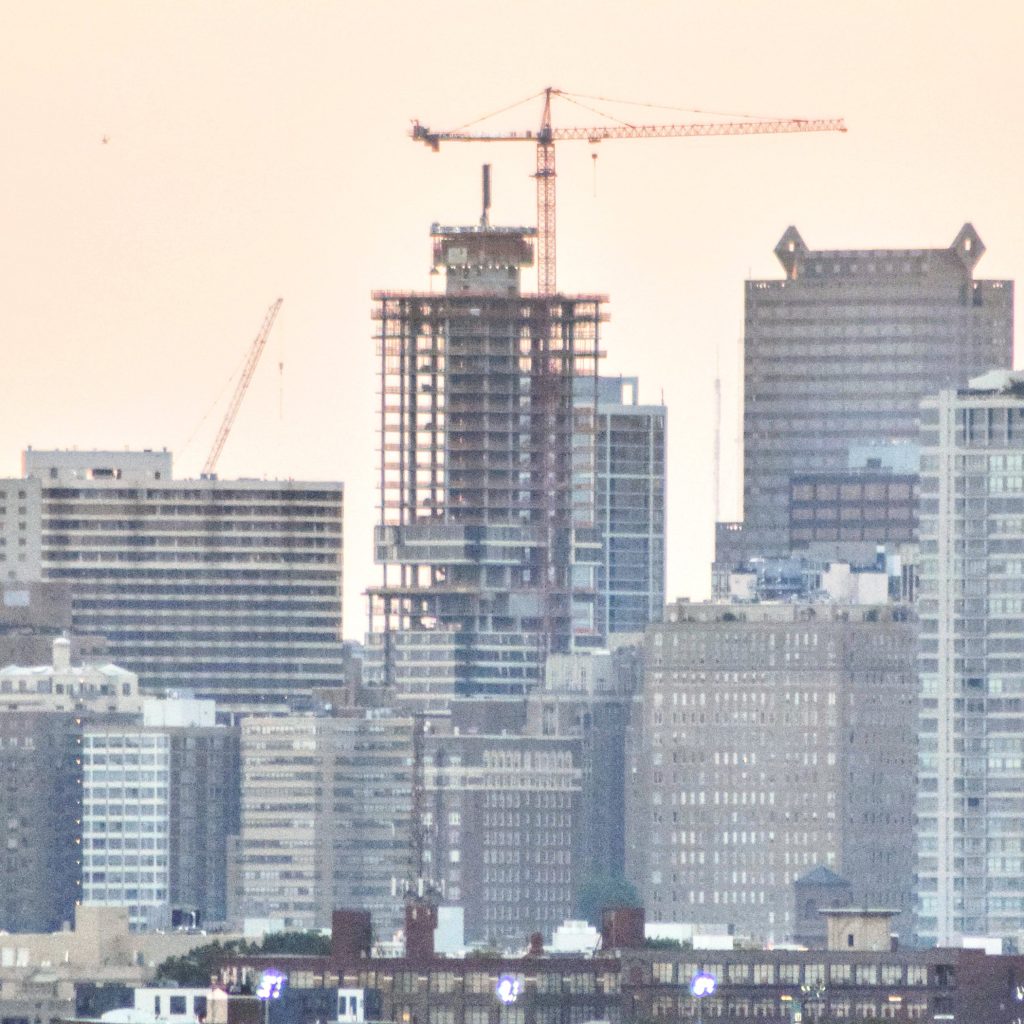 The Laurel Rittenhouse Square from I-95. Photo by Thomas Koloski

The south tower of Riverwalk nearly has its structure complete, as the core has just topped out. The final roof slab of the tower is being set up, to be poured by the end of the week. More tower cranes can be seen as well for projects such as 2222 Market Street, East Market Phase 3, and others from the vantage point located to the south. 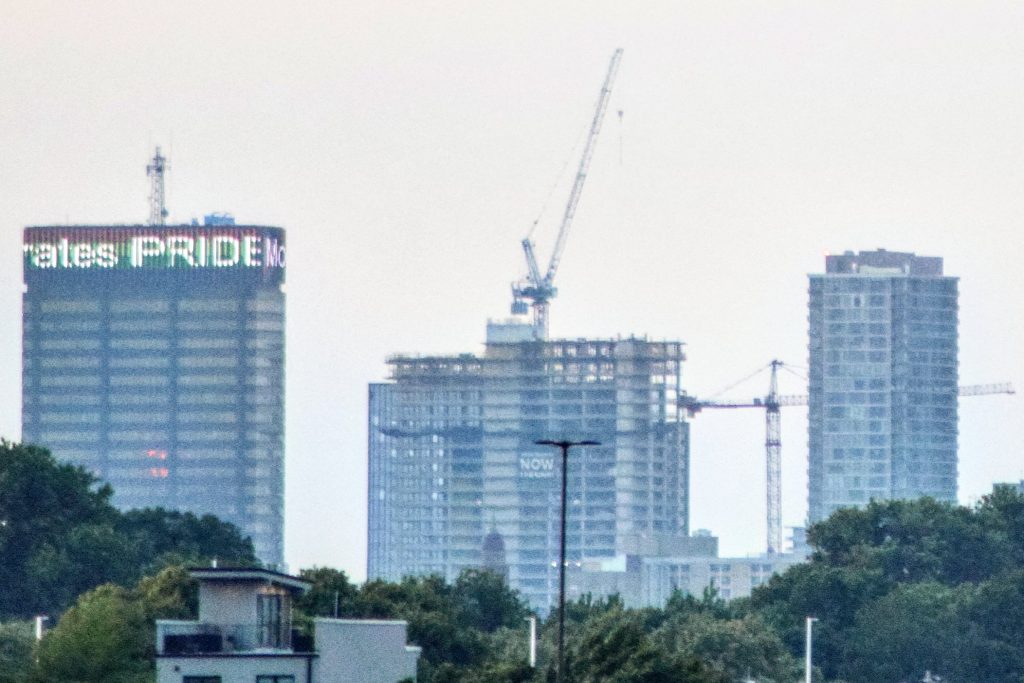 Riverwalk and 2222 Market Street from I-95. Photo by Thomas Koloski