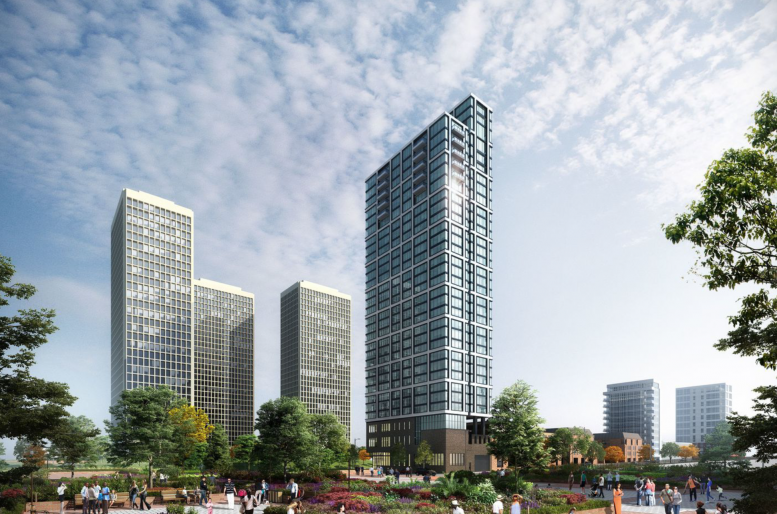 Permits have been issued for One Dock Street, a 31-story, 272-unit residential high-rise in Society Hill, Center City. Designed by Bower Lewis Thrower Architects, the tower will rise 374 feet tall, making it the tallest structure in Society Hill. Amenities will include a roof deck and rooftop pool. The current four-story Marriott Hotel at the site will remain with the new, 288,997-square-foot tower being attached to the existing 63,200-square-foot building. The permit lists construction costs at $66,552,000. 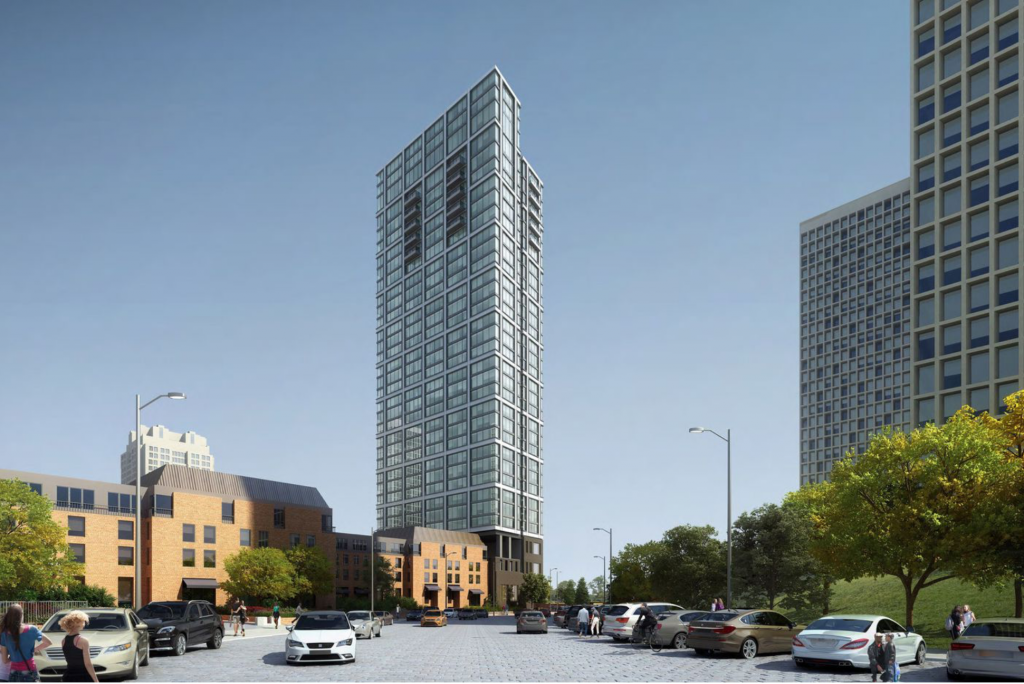 The tower will feature a slender and modern design that will make for a dramatic presence on the Philadelphia skyline. The exterior will primarily consist of glass, interrupted by columns and rows of white cladding, effectively adding visual grids to the design. Near the top portion of the structure, a few columns of balconies will add additional texture to the appearance.  Above the top row of balconies, the building will taper into a thinner structure for the remaining upper floors. The podium will be built of gray brick to help the building blend into its attached structure. 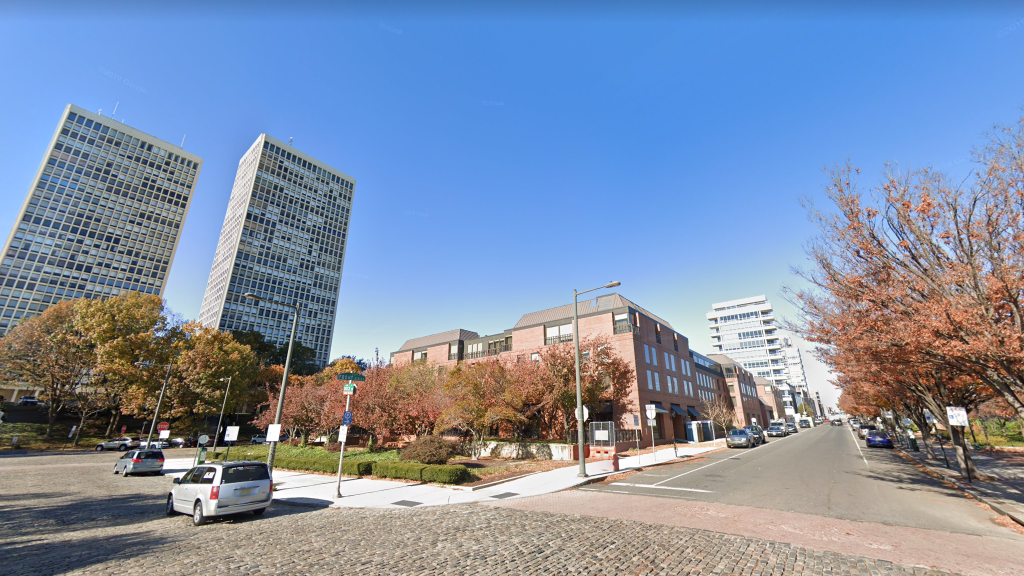 The existing hotel at the site features an attractive exterior comprised almost entirely of brick. A slanted metal roof provides additional definition to the structure. Though the current building already utilizes the property effectively, the added tower will take full advantage of the remaining potential of the site. 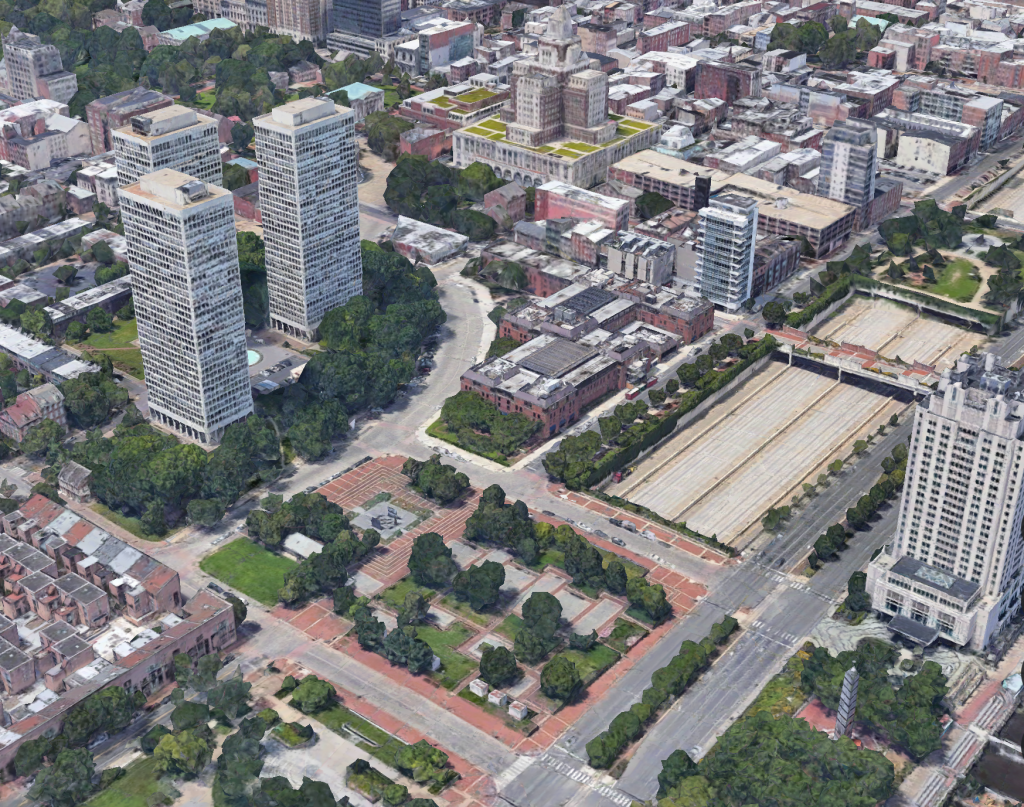 A aerial view of One Dock Street. Credit: Google.

The tower has been in the planning and discussion phase for a lengthy period of time, with renderings first being revealed in January 2019. Since that time, no construction activity has occurred as the tower faced a strong NIMBY opposition. However, now that permits are in hand, construction may begin as early as this summer.

The tower is situated near the planned Penn’s Landing megadevelopment, which will feature waterfront towers up to 700 feet tall and more than one thousand residential units, adding even greater height and density to the area. In the meantime, One Dock Street will act as a major skyline landmark easily visible from the north, south, and east, which will help solidify the skyline plateau from river to river.

No completion date is known at this time, though constructi9on may be finished by 2023 or 2024.

7 Comments on "Permits Issued for One Dock Street in Society Hill, Center City"