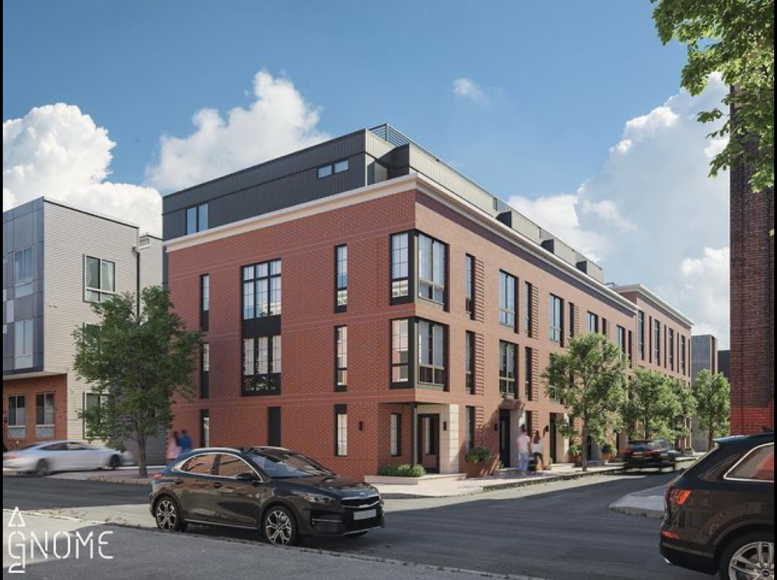 The homes will each feature stately brick exteriors, modern versions of many classic Philadelphia row-houses. Large windows will be situated throughout the exterior of each home providing an industrial-looking appearance to the buildings. On the five home set, gray cladding will be used on the fourth floor where roof decks will also be included.   The renderings also include street trees alongside of the homes, adding shade to the street and making it more pedestrian friendly. 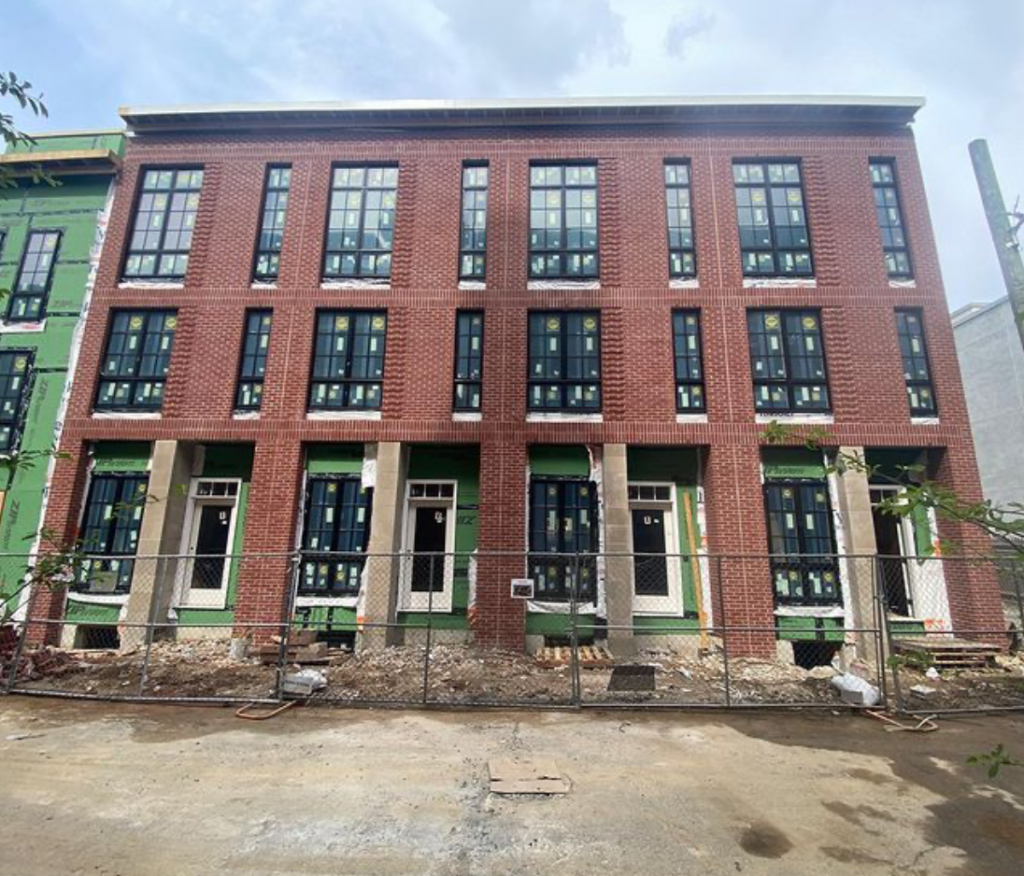 In a recent social-media posting, Catalyst City Development shared an image of the current state of the project. It appears the exterior brickwork is nearing completion on the four home set, a significant step towards the completion of the project. The exteriors of the homes closely resemble the renderings with detailed brickwork and larger, industrial windows. The trim along the cornice has not yet been installed but will likely appear on the structure in the coming weeks.

Philly YIMBY most recently shared the development back in March when renderings were revealed for the development and even earlier back in October when permits were issued for the project. The homes are replacing a vacant parcel of land previously covered in asphalt, having served as a small surface lot before eventually being fenced off leading up to the project. The new homes will be adding density to the blocks which will help support both Fishtown and East Kensington’s thriving business and restaurant centers.