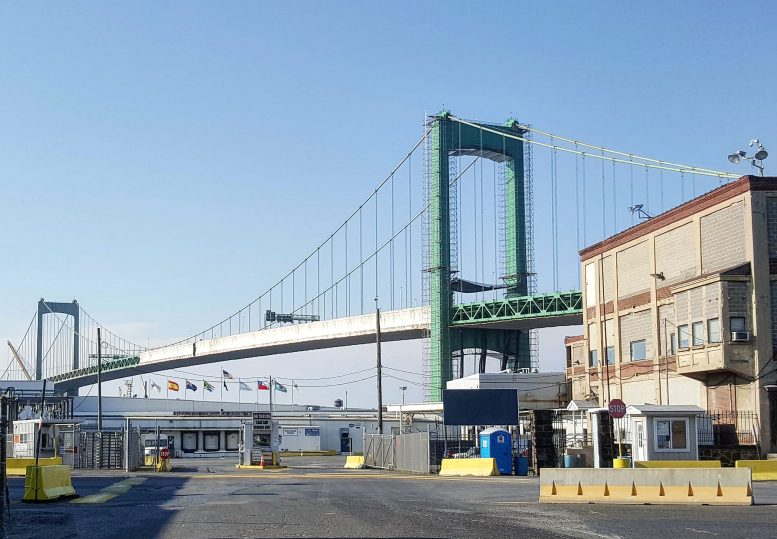 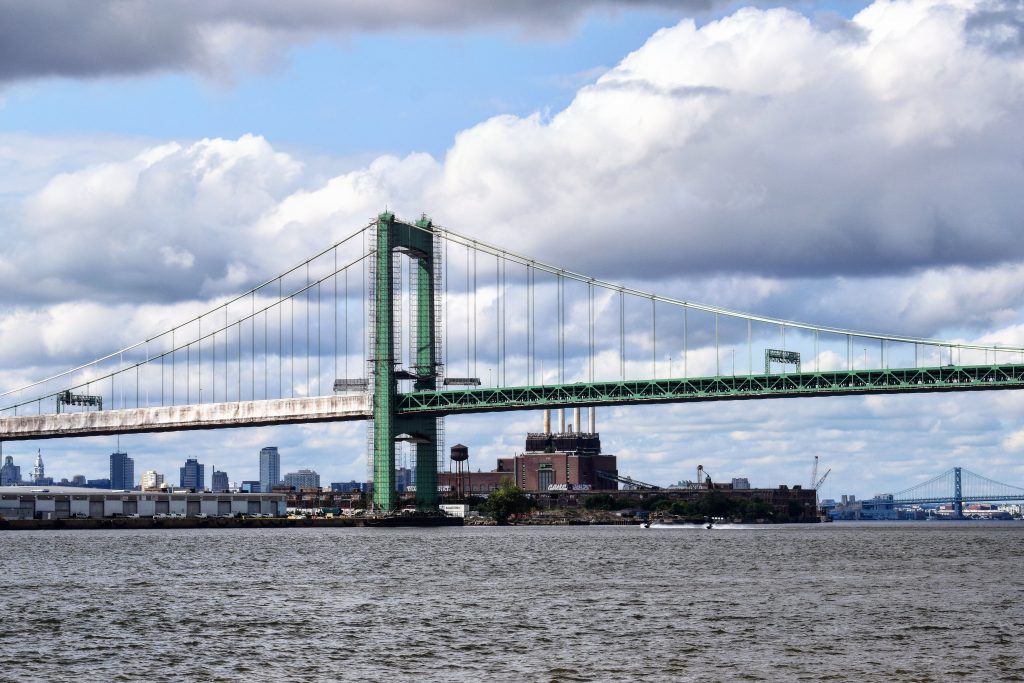 The paint job from the previous renovation in 1999 was noticeably fading, and rust was starting to take over on the exterior. The bridge extends from the north side of PhilaPort to the north side of Gloucester City, NJ, where the highway branches off to multiple locations such as Camden, Trenton, and Atlantic City. The Walt Whitman Bridge counts 120,000 people crossing everyday via its seven lanes for traffic. 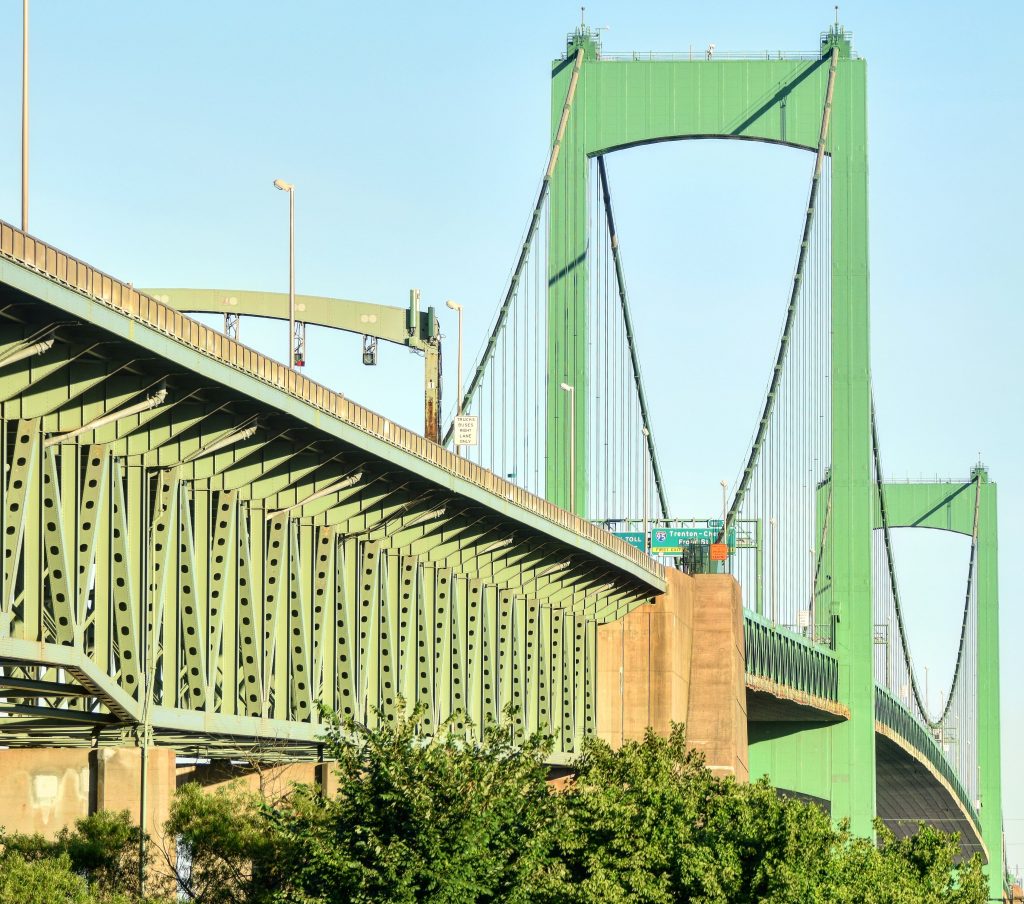 Work began in 2016, when massive pumps and scaffolding climbed the tower on the New Jersey side. Large white tarps were put over the towers and the decking, in order to sandblast the existing layers of paint off structure. The bridge was painted in phases. The New Jersey side was painted first and the Pennsylvania side was underway by June 2017. Both towers were painted by the fall of 2017 and the roadway and cables were finished by November 2018.