Back in the early 1900s, the skyline was dominated by the 548-foot-tall City Hall, topped with a 37-foot statue of William Penn, the city’s founder. Its clock tower greatly exceeded the rest of the buildings that rose into the skyline. By the 1920s, the Wanamakers Building just to the east of City Hall also made for an imposing presence with its massive floor space, which stood out among the other new buildings.

More buildings rose over the next 40 years, with some of the largest being One South Broad Street, The Drake, and the PSFS Building. When the 1970s came, larger office began to emerge, such as the PECO Building. The next decade was extremely important for the skyline as One Liberty Place rose well above the former 548-foot limit. More towers such as Three Logan Square, Mellon Bank Center, and Two Liberty Place were constructed shortly afterwards. Over the following 20 years, Comcast had erected two skyscrapers (Comcast Center and Comcast Technology Center), two of the city’s tallest buildings. Other recent additions include the FMC Tower and the W/Element Hotel, with Arthaus and The Laurel Rittenhouse Square in progress. 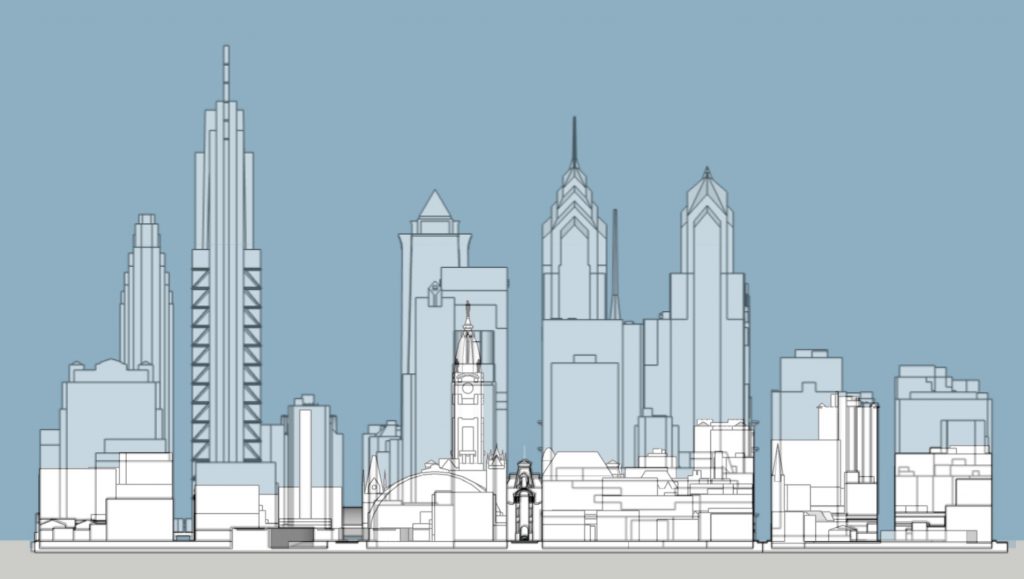