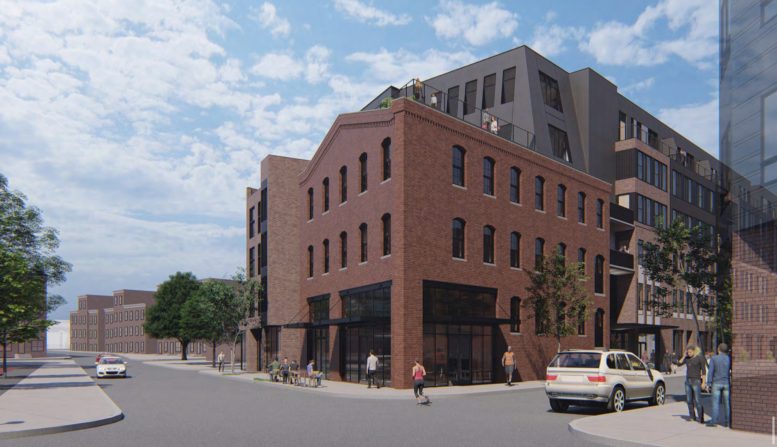 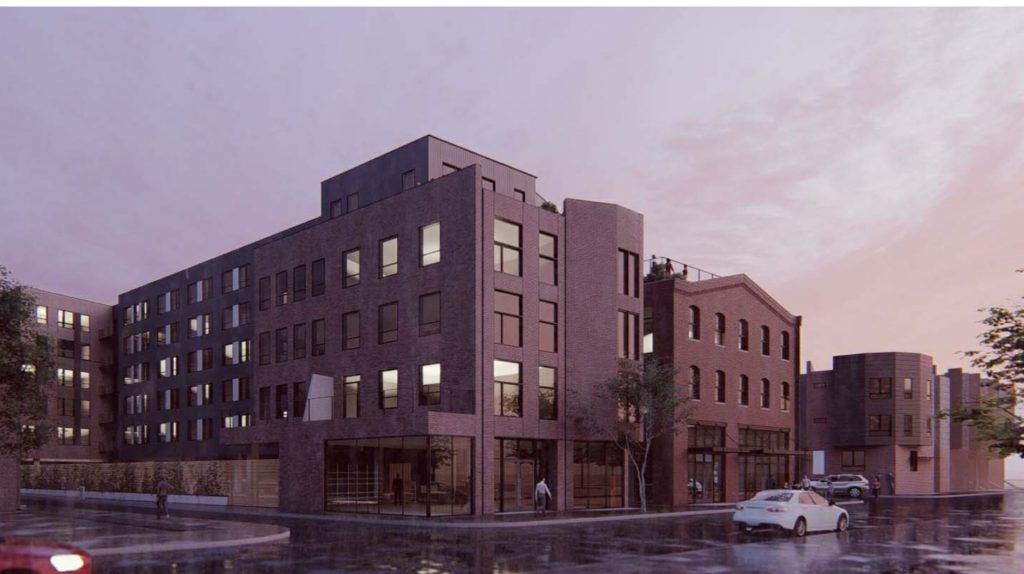 The development will feature an attractive exterior preserve an existing historic industrial structure at the southeast corner of the property. This existing building stands three stories tall with a stately brick exterior and a gabled facade. The structure will feature new floor-to-ceiling windows with canopies welcoming passing pedestrians into the planned commercial space.

The new addition will feature a modern exterior and utilize a wide mixture of materials. Brickwork will be situated to the west of the existing industrial building, with sleek edges and large windows providing a modern touch. To the north, a variety of materials will be used including different shades of gray cladding and brickwork. Also on the western portion of the building will be a fence that will block the planned parking area off from the street. Sprucing up the blank wall, renderings show vines being planted to add greenery near the sidewalk. 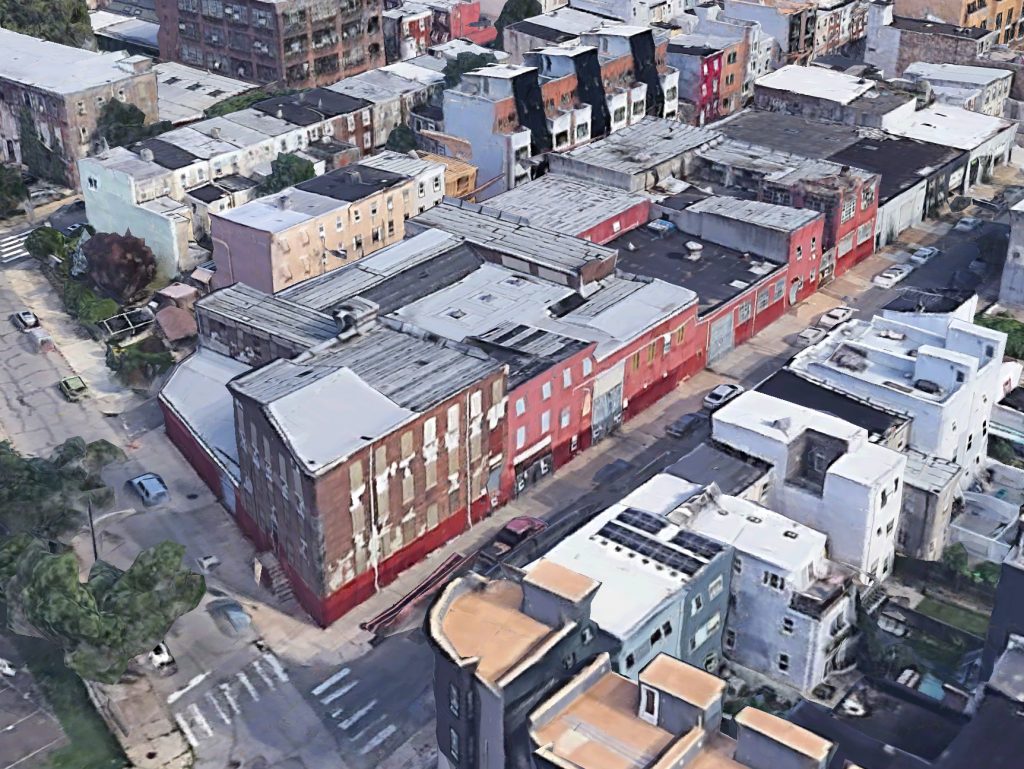 As seem in the above image, the existing industrial building is not in great condition, having been abandoned for a long time. With the neighborhood rapidly developing, it was just a matter of time before the property received attention. Aside from the notable portion of the building to the southeast, the rest of the structure will be demolished.  This is not a notable loss, as the structure has been as an eyesore during its vacancy.

The new building will significantly transform the property, replacing a dull abandoned industrial complex with a vibrant mixed-use structure. The density will help support the many businesses located around the area. 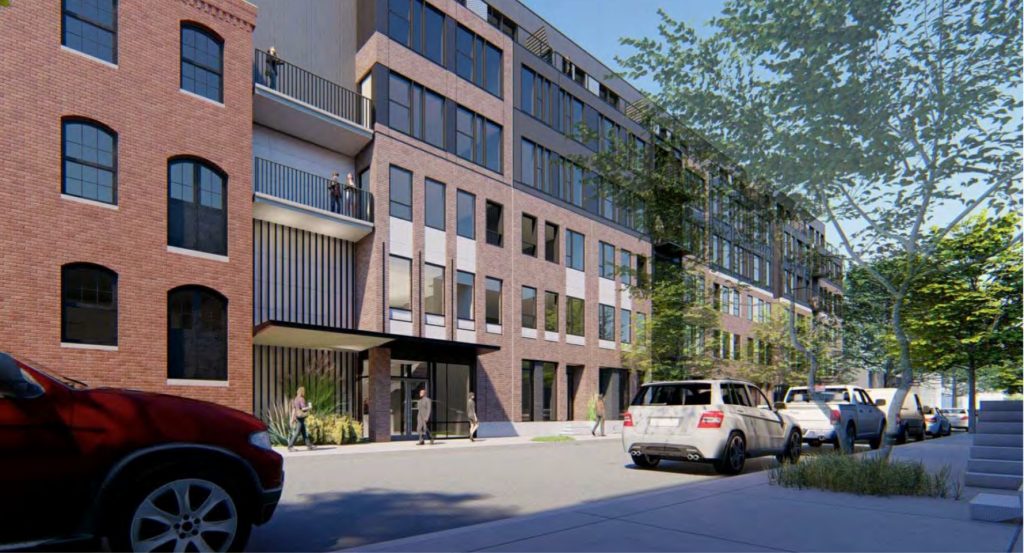