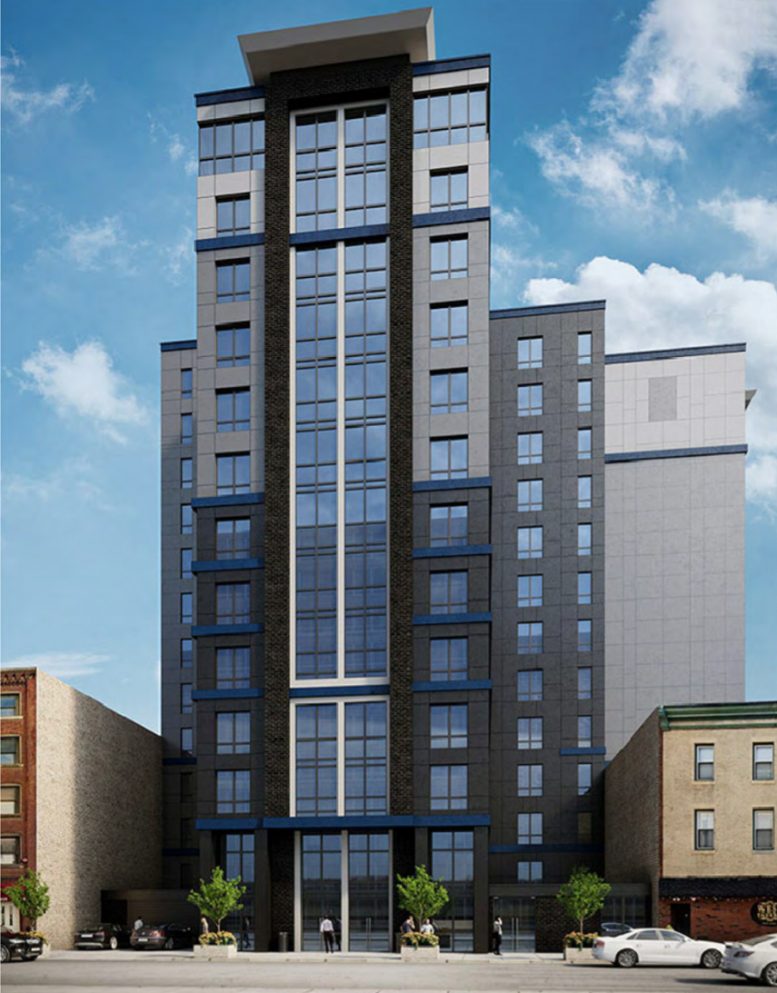 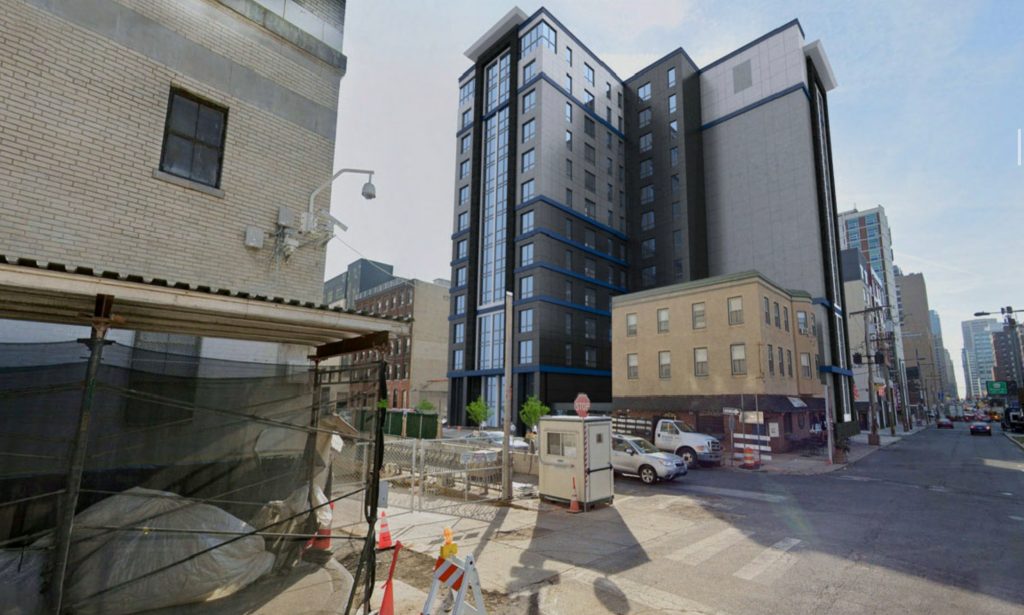 The tower will feature a modern exterior with a mix of materials effectively blended together. Alternating shades of gray cladding will place the darkest shade at the bottom and will progressively become lighter as the structure rises. Blue cladding will be situated in rows throughout the façade, separating floors and the different shades of gray. A cornice will be located at the top of the tower, overhanging the entrance and adding texture to the design.

Floor-to-ceiling windows will be situated at the ground floor of both street fronts and then rise up an almost uninterrupted glass strip.  The rest of the façade includes more simple, uniform sized windows. 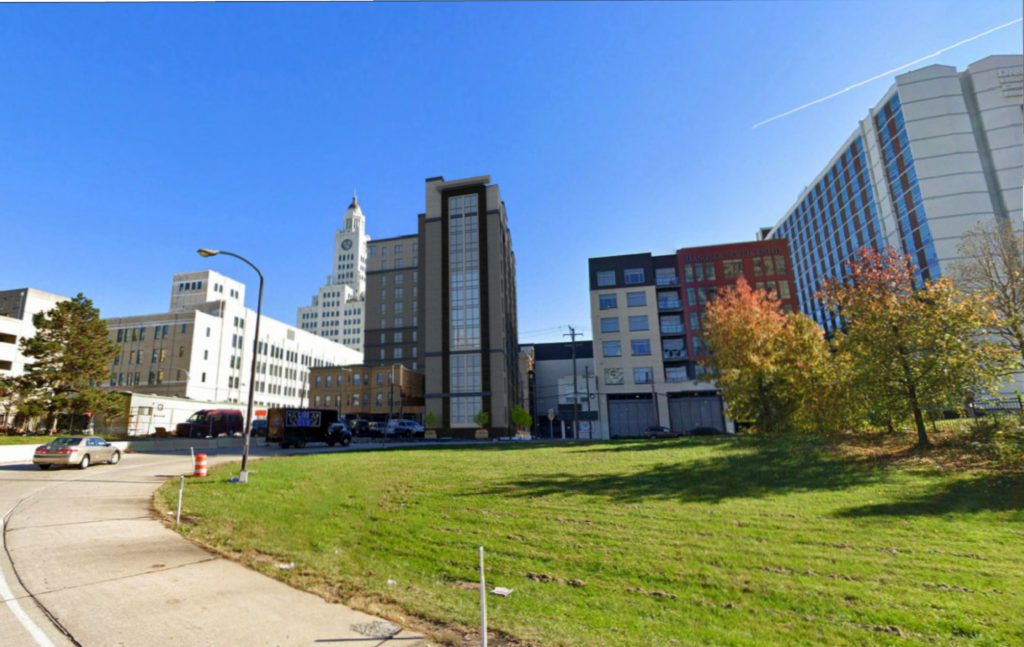 The new tower will replace a parking lot that wraps around a low-rise structure at the corner, which the tower will enclose on two sides. 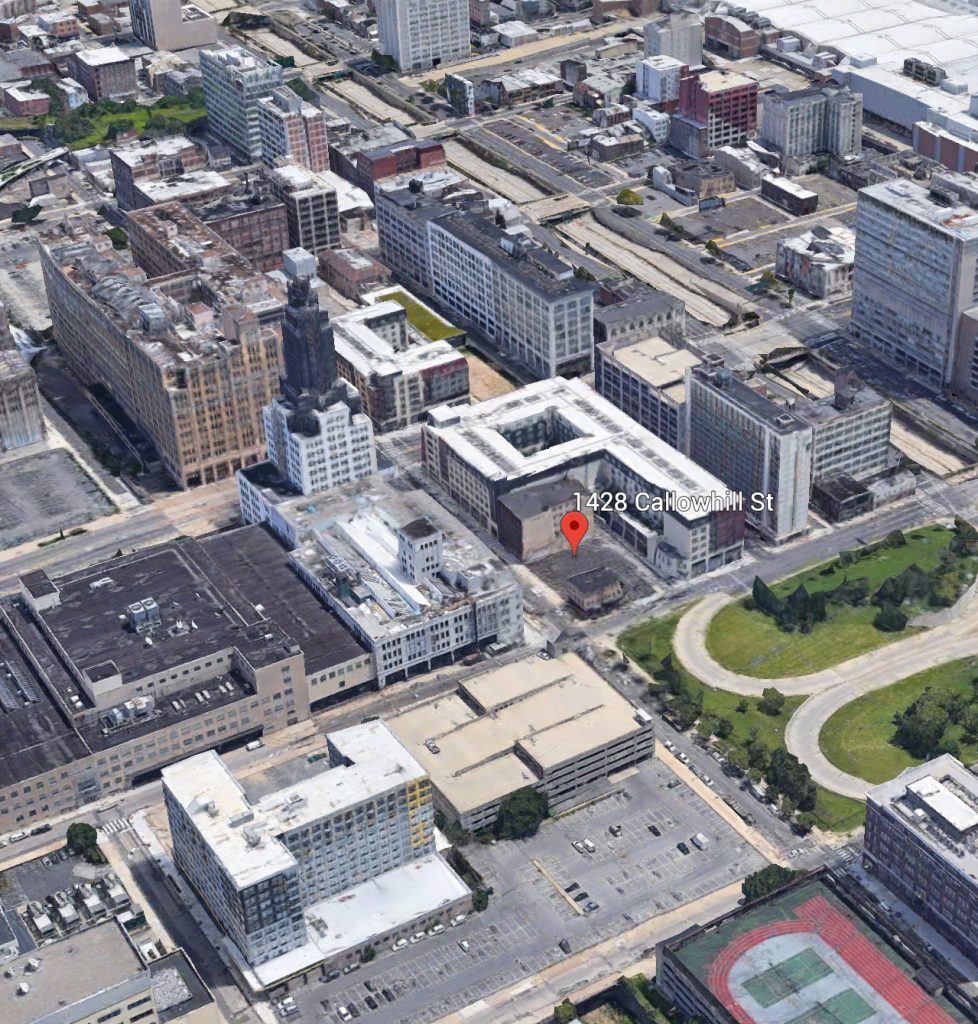 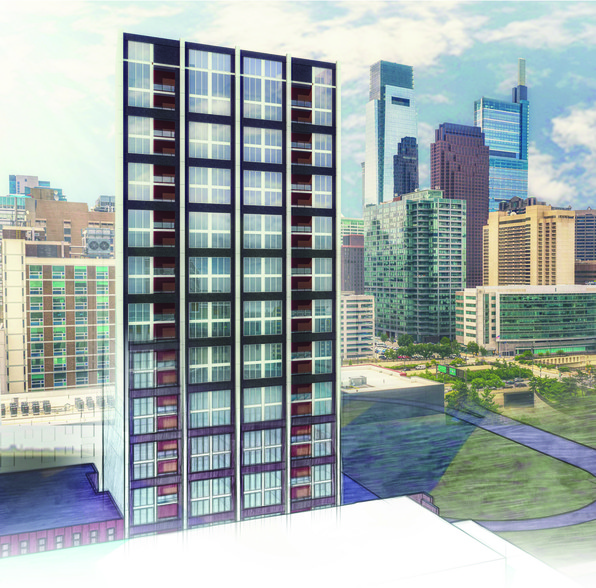 Despite the location just off of Broad Street and the property’s relatively large size, many proposals have came and gone at the site, with nothing actually moving forward. Another high-rise tower was formerly planned at the site and would have featured an interesting industrial-styled exterior with large windows paired with black and white cladding. However, it would have also included large blank walls that would not have been attractive. It is likely the plans were never fully baked, however, and were used more as a marketing tactic to attract potential buyers and show off the generous zoning at the location.

Even though the tower won’t stand out on the skyline when completed, the project still represents a great improvement for the area. The removal of the surface lot is an immediate plus, and the addition of 162 residential units is a great outcome for the site and represents a massive density boost. Though its height may not match some of its neighbors, the building will still tower over the I-676 ramps across the street. 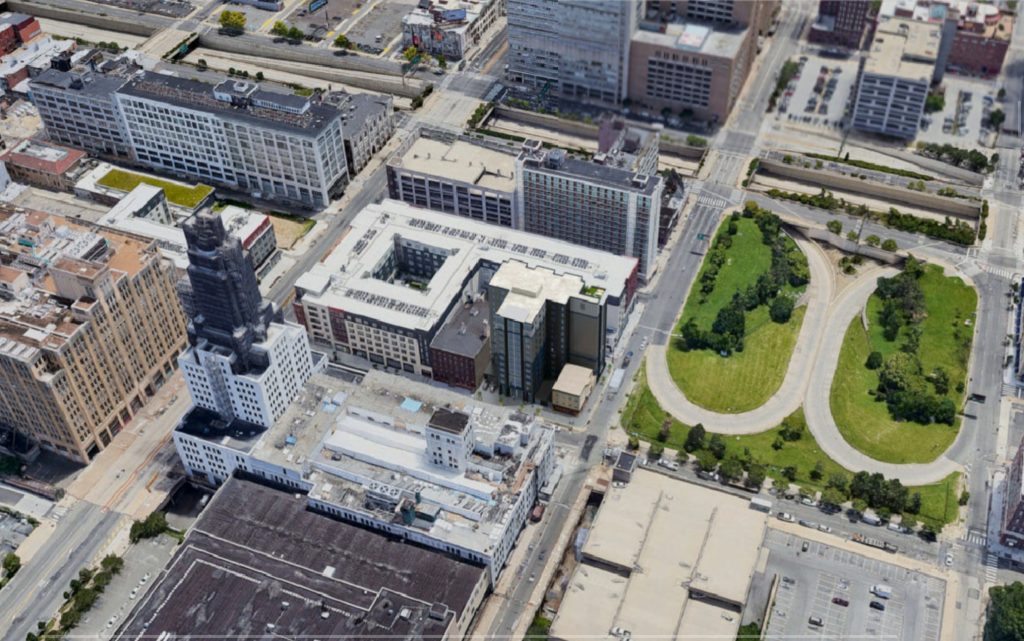 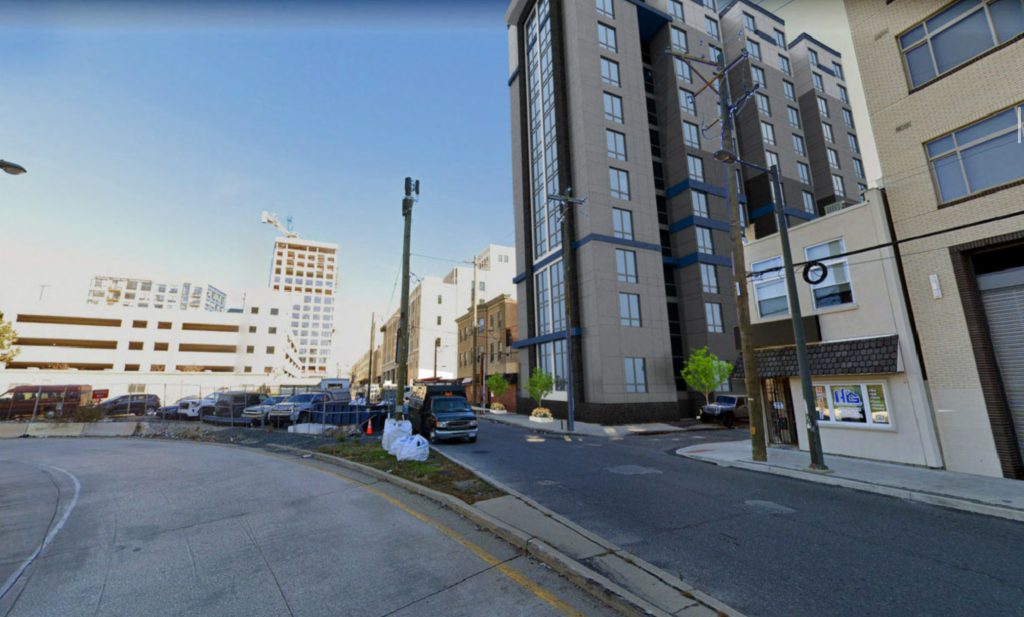