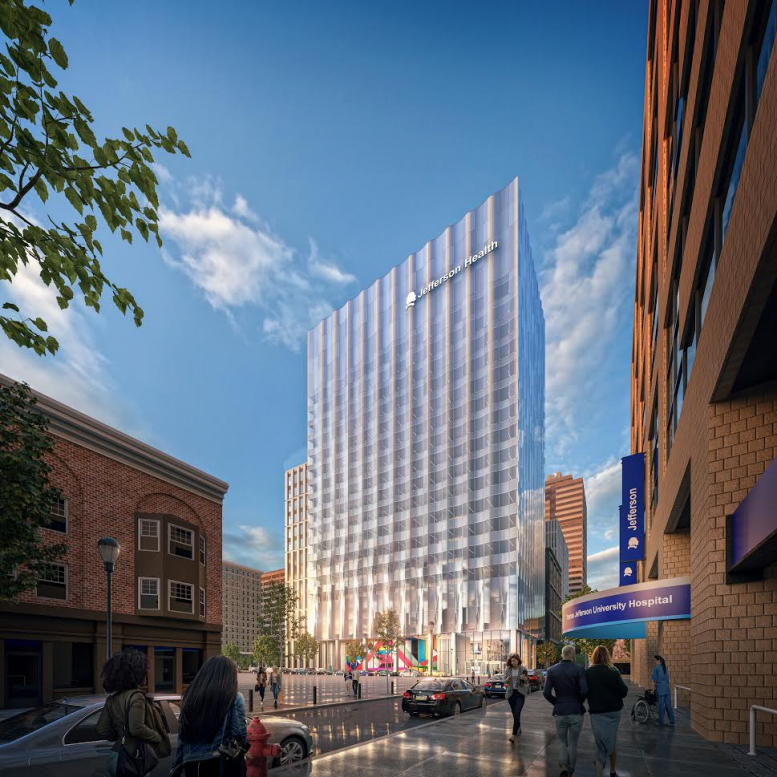 Construction of the first few floors of the Thomas Jefferson Specialty Care Pavilion is underway at 1101 Chestnut Street in Center City. The building is a part of a project dubbed East Market Phase 3, which spans several blocks within the Market East neighborhood. Designed by Ennead Architects and Stantec and developed by National Real Estate Development, the tower will stand 372 feet and 23 stories tall and will feature a curvy exterior. The medical office building is part of the massive expansion plans that Jefferson Health is currently implementing in the area. 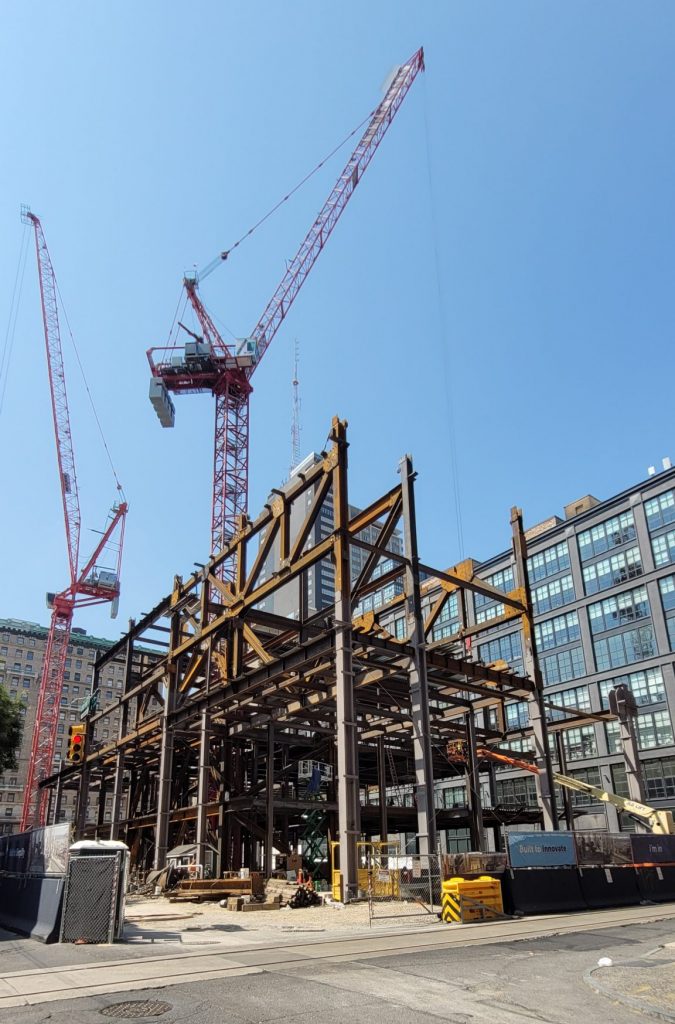 In the last update, the basement floors were underway, along with the foundation of the residential tower originally planned to the west at 1153 Chestnut Street. The west tower is on hold for now, and the space will serve as a park in the meantime. The final basement floor was underway at the time, with rebar exposed to the street and two cranes rising from the site. The foundation wall was nearly complete on the north side of the site, as the wall reached higher than the basement level with rebar sticking out on top.

Since the last update, much progress has been made, with the tower’s steel structure already rising above ground. The ground-level concrete work was completed in mid-July, and steel erection started shortly after at the northeast corner of the site. The steel currently rises five stories above ground, with thick column supports ready to accommodate the future floors to be built above. The northeast entrance, which is being assembled, will soon feature a cantilever over the sidewalk. The steel beams are just starting to poke out into view when seen from the south, and the building will be seen rising into the skyline over the future months. 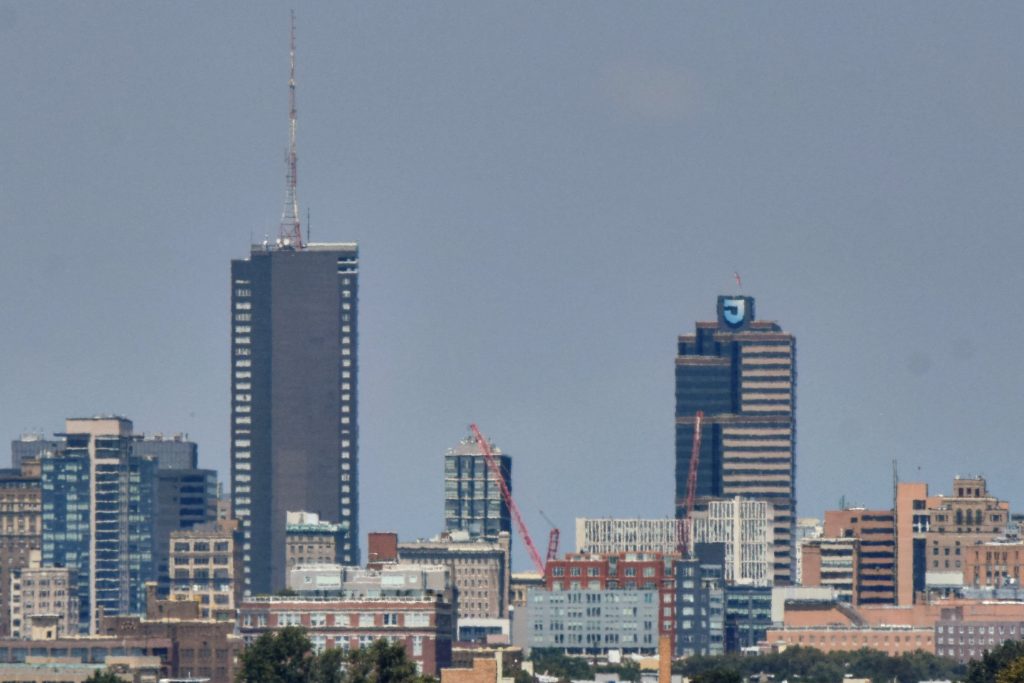