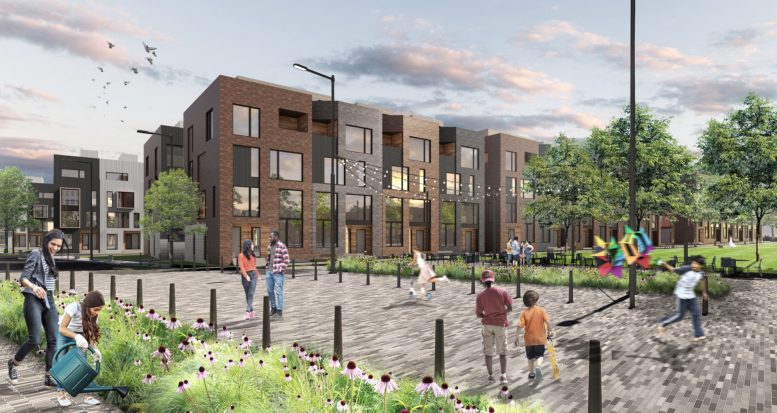 A new design is coming to the Civic Design Review for Northbank, a massive development being constructed at 2001 Beach Street in Fishtown. YIMBY has recently shared an update on the first phase of towhouse construction, showing the section closest to the Delaware River underway. However, the other major portion of the property on the far side from the river has remained idle, awaiting finalized plans. Now, it appears that an updated design may be coming to fruition. Northbank will now offer 491 residential units, with a mix of 387 single-family townhomes and 104 duplex units. A total of 781 parking spaces will be included, of which 199 will be located outdoors. ISA remains the architectural firm behind the project. 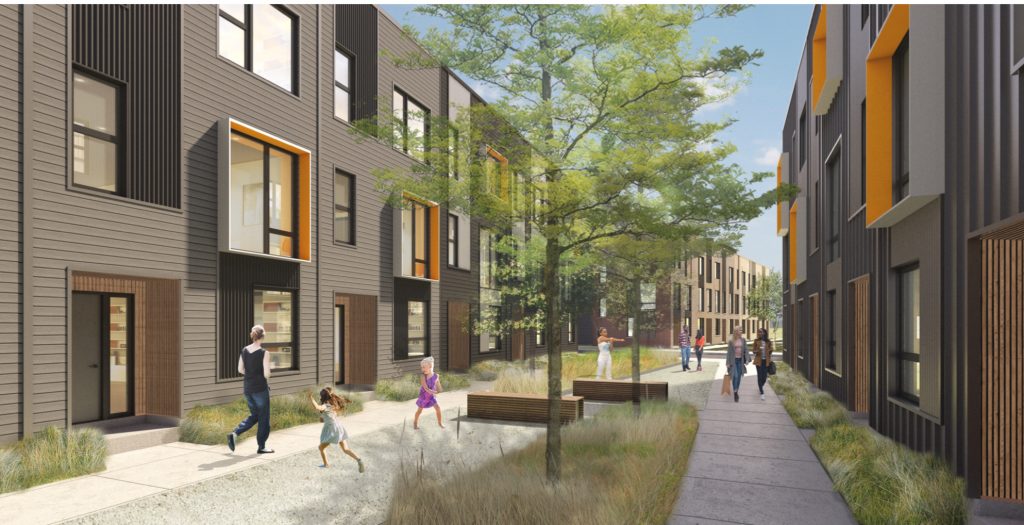 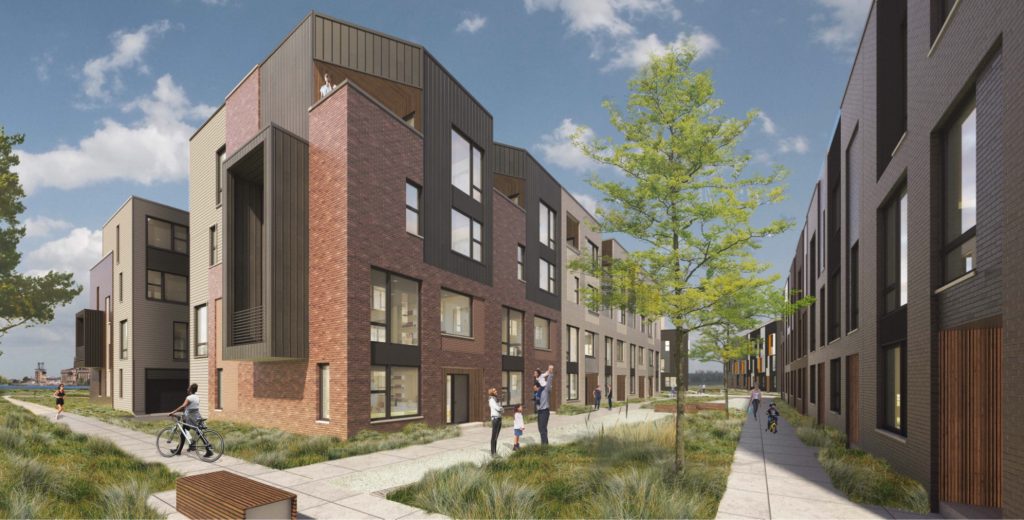 The homes within the new neighborhood will all feature classy, modern facades, taking inspiration from the classic Philadelphia row house while also featuring their own unique design. Many will utilize brick as the primary material, creating a timeless design. Gray cladding situated around windows acts as an accent, adding contrast and texture to the exterior. 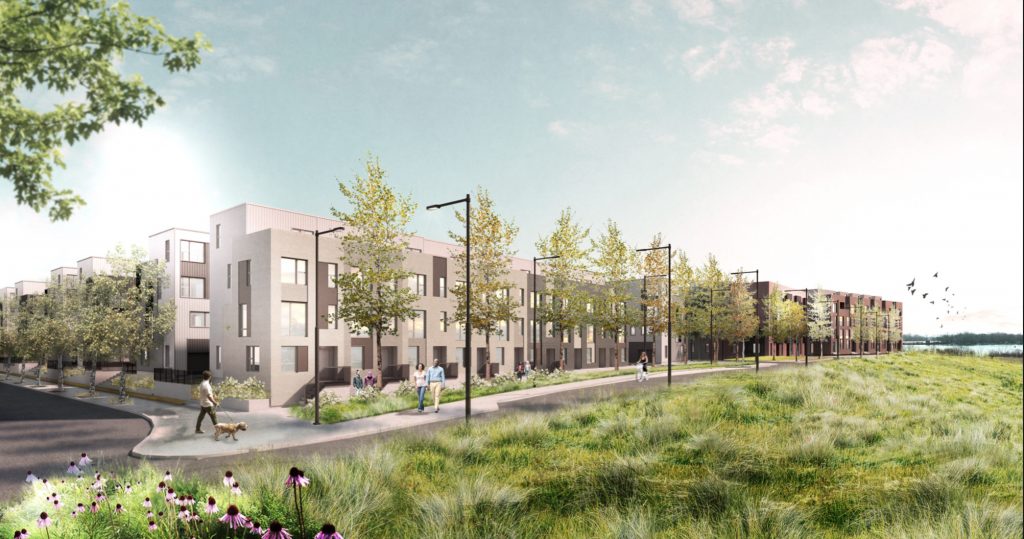 Meanwhile, other homes will stylize facades that will be comprised most largely of siding materials. Some will feature gray shades or darker, while others will provide a bright pop of light with white siding. This provides an interesting blend of designs and homes that will make the area feel much less like a development and more of a neighborhood with its own feel. 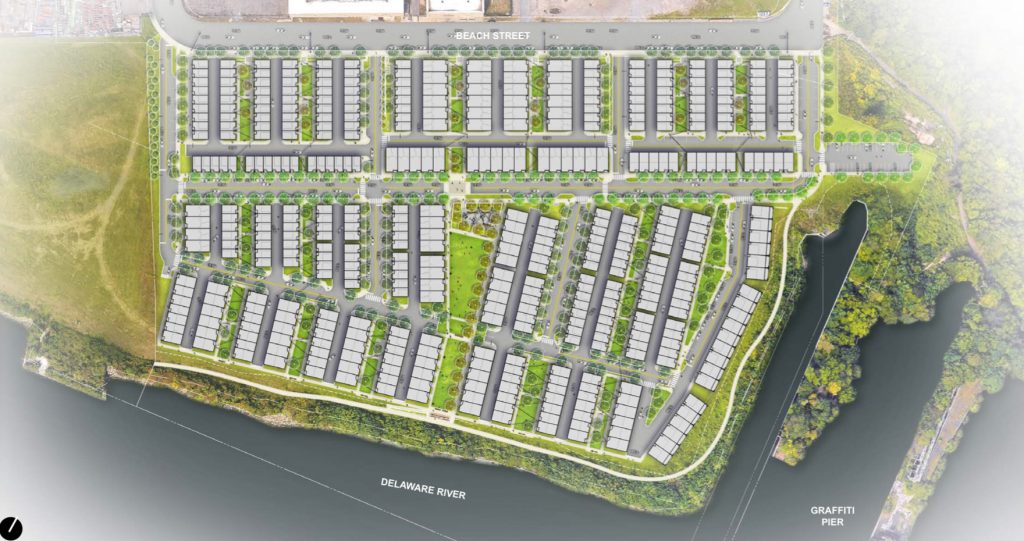 A major aspect of the project’s design is the vast quantity of green space that will be included around the site. Rather than having front doors opening to a street, Northbank homes will open onto open green corridors that essentially act as linear parks that only include sidewalks and open grass space – and no area reserved for automobiles. Car accessible streets will still be included in the project with drive aisles enabling access to private garages and main arterial streets that will include wide, open sidewalks.

The greenery of the development certainly adds to its appeal, with key features such as a walkway along the Delaware River and a “Central Park” that sits at the center of the layout. This design possibly provides a glimpse of future streets and neighborhoods throughout cities worldwide, taking steps to favor the pedestrian and green space over the automobile. 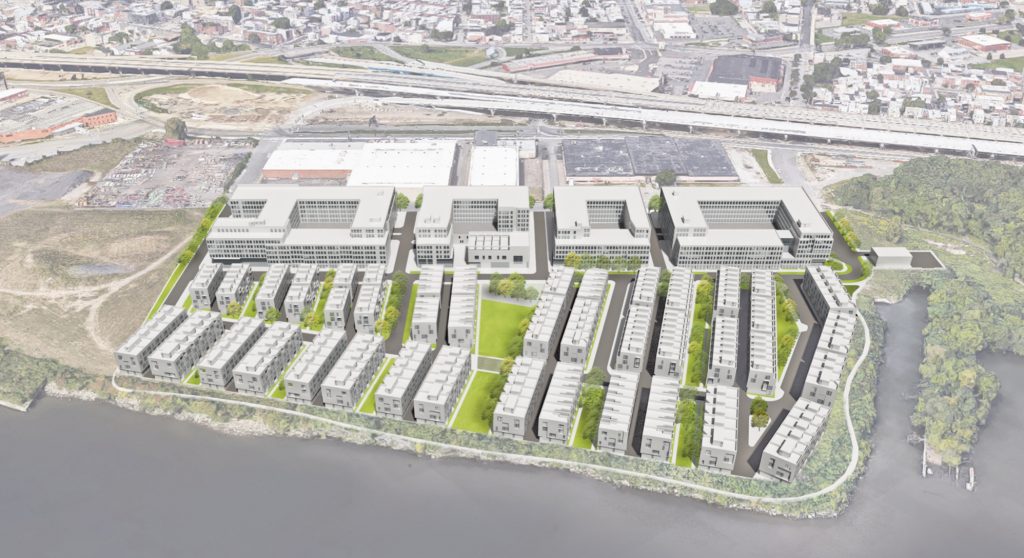 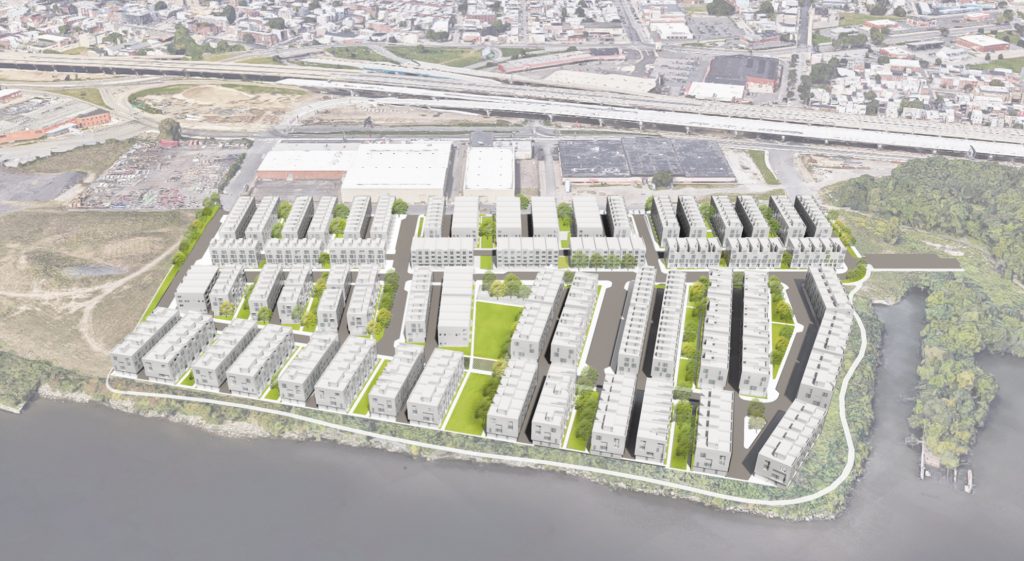 The changes to the development’s design have also come with certain negatives. Initial plans for the project called for 1,096 residential units, with just over 1,100 parking spaces. This extra density would be accommodated by large mixed-use buildings on the highway-proximate side of the site, which would also include retail, helping make the area more of a destination. In the new design, the number of units is less than half in comparison to the original plans, with the parking ratio also much higher. This may also be a testimony of the project’s success, however, with the initial single-family homes flying off the market. It makes sense that developers would look to add more inventory to what has already proved incredibly successful and in high demand. 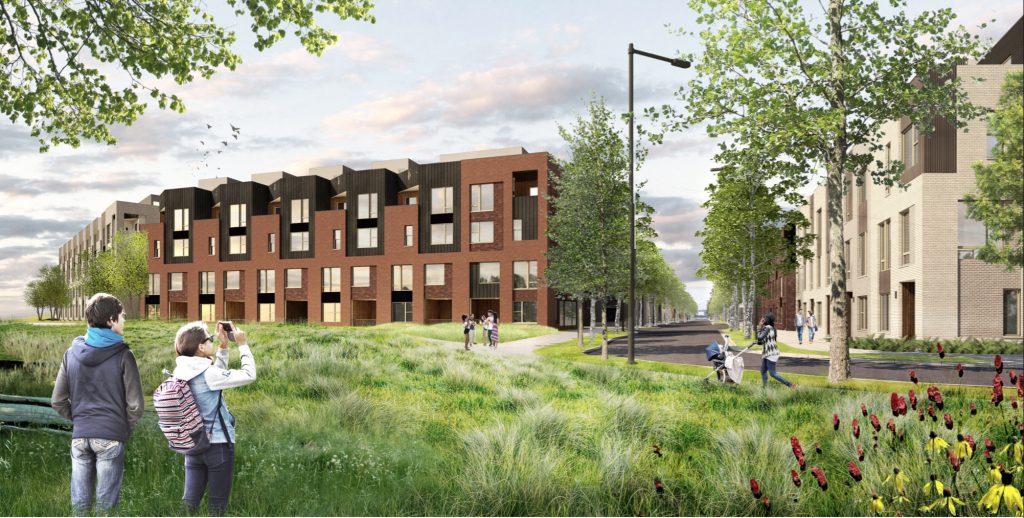 Although there was a clear drop in the number of residential units, the new project will still be adding many new units to the city’s housing stock by cultivating a neighborhood from a massive vacant swath of land. Additionally, the early success of the complex is a great sign for additional development to arrive in the many under-utilized lots in the surrounding area, which could eventually help create a world-class waterfront along the Delaware River. 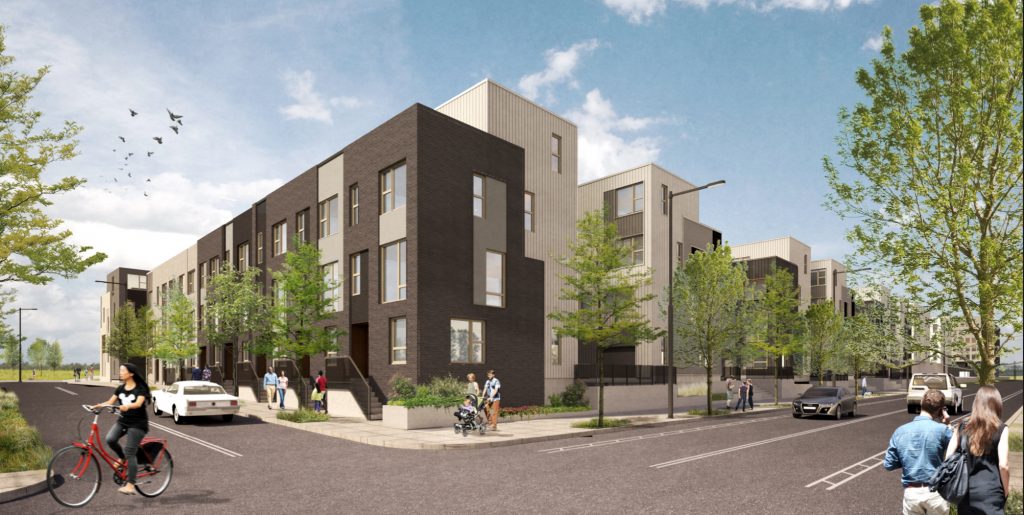 It will be interesting to observe the progress at Northbank and the surrounding area in the future.

7 Comments on "Revised Design Revealed For Northbank In Fishtown"