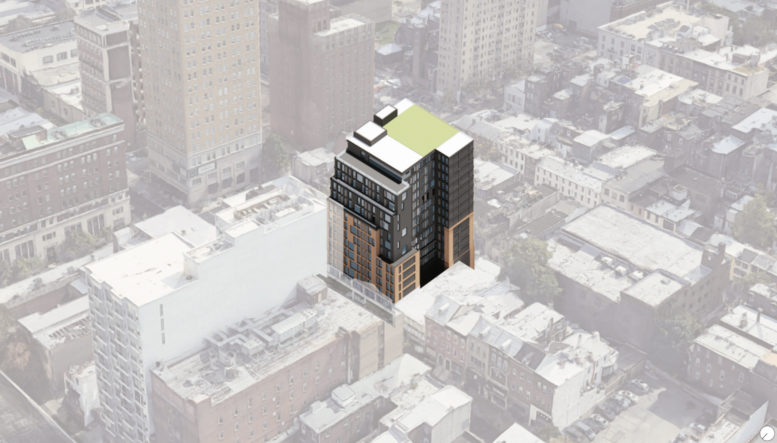 A high-rise development located at 2012 Chestnut Street in Rittenhouse Square, Center City, is going to the Civic Design Review. Designed by JKRP Architects, the building will stand 14 stories tall, a significant height, although likely not notable enough to make for a notable skyline addition. The ground floor will hold 3,200 square feet of commercial space, adding a sizable retail addition to Chestnut. Above, there will be 156 residential units, down from the original 162. A roof deck will be situated at the top of the structure.

The new tower will feature a modern exterior, taking cues from the historic architecture of the site’s surroundings, while also including elements more common in modern projects. Most notable is the use of a light red brick, which will be found along the lower portion of the structure and will give the impression of a building which received an overbuild. This inclusion helps the building fit in with surroundings and create a positive effect on the street. Gray metal paneling will be used much more extensively on the remainder of the facade, likely lowering construction costs. At the ground level along Chestnut Street, the bottom two floors will use white masonry, which will help make a good street presence at the commercial space. Windows will all be in a similar, rectangular shape. 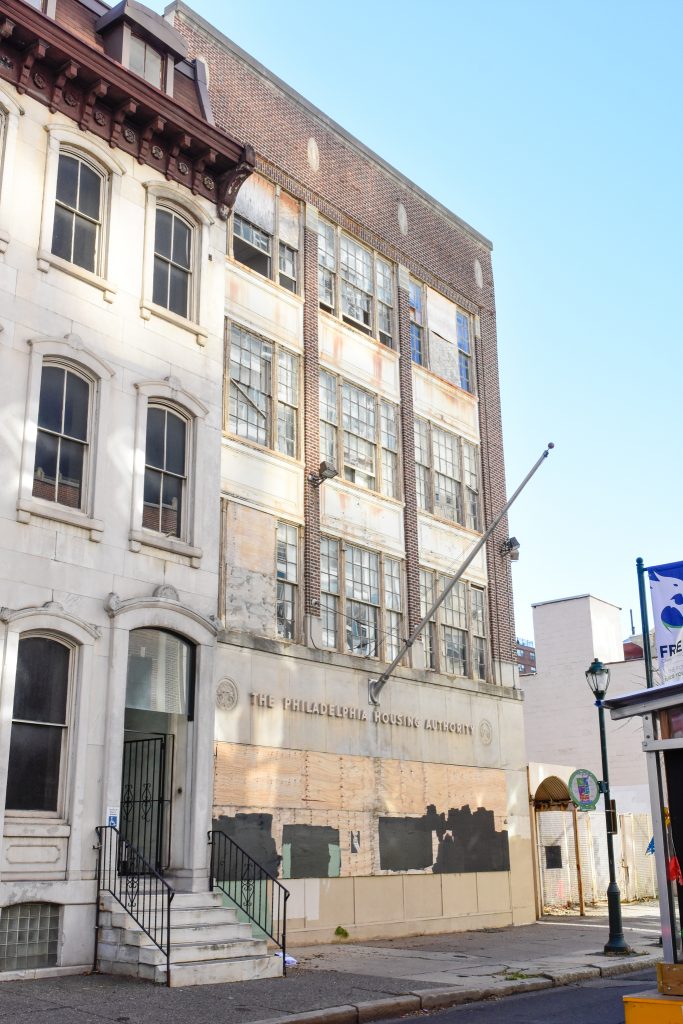 Unfortunately, the new building will be coming at the expense of a fairly significant piece of local architecture and history. The building hosted office space for the Philadelphia Housing Authority, and features an attractive tan siding and red brick exterior, with a slender mural on its side. The building seems like a prime overbuild/preservation candidate, and it is definitely a downside to the project that it will not incorporate any aspects of the structure.

Given the neighborhood’s high land value, there are very few pure under-utilizations of properties, and developments are embracing and including existing historic buildings at an increasing rate, as those are some of the only sites remaining, aside from a few remaining surface lots. Therefore, it was only a matter of time before the property at hand would see a development proposal, given that a significant portion of the property is not used. 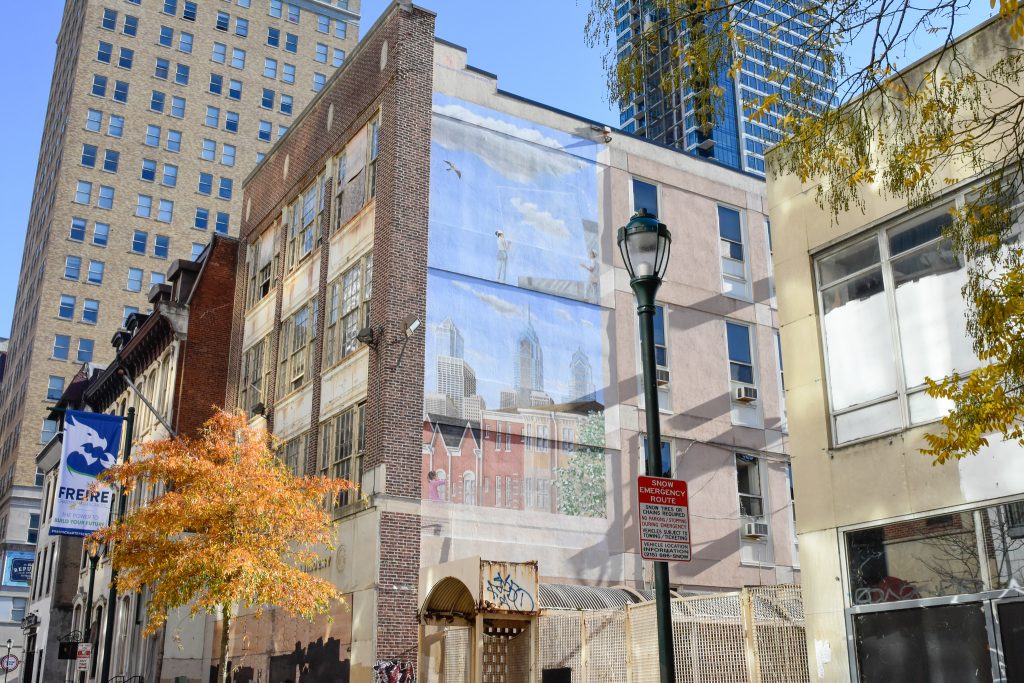 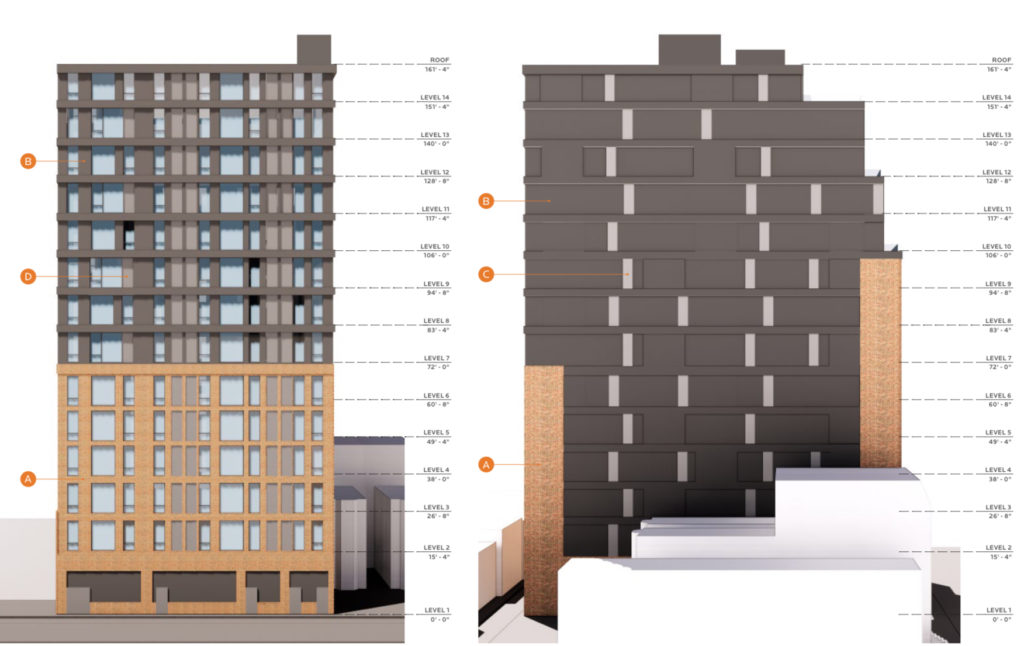 A portion of the tower’s residential units will be affordable, in a partnership between Alterra Property Group and the PHA. This will defiantly be a big advantage for the project, as housing in the neighborhood becomes increasingly expensive and demand is far greater than the supply pre-existing and being constructed in the vicinity. Therefore, the inclusion of these affordable units will be a much-needed addition.

Be the first to comment on "2012 Chestnut Street Goes To Civic Design Review In Rittenhouse Square, Center City"