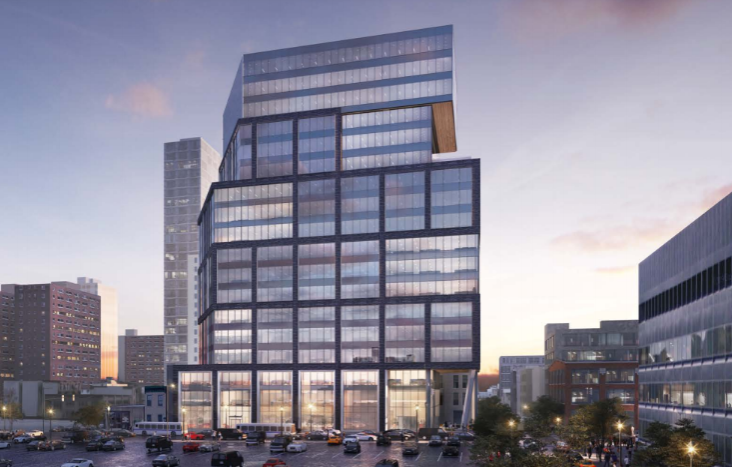 Substantial development progress continues in Center City West, with multiple new buildings transforming the neighborhood. Over the course of the past year, 2222 Market Street has risen 295 feet tall and 20 stories above ground. Designed by Gensler and developed by Parkway Commercial Properties, the building is poised as the new headquarters for law firm Morgan, Lewis, Bockius LLP, and will also offer retail space on the ground. In this update, Philadelphia YIMBY looks at the under-construction building, where facade installation is approaching the top of the structure. 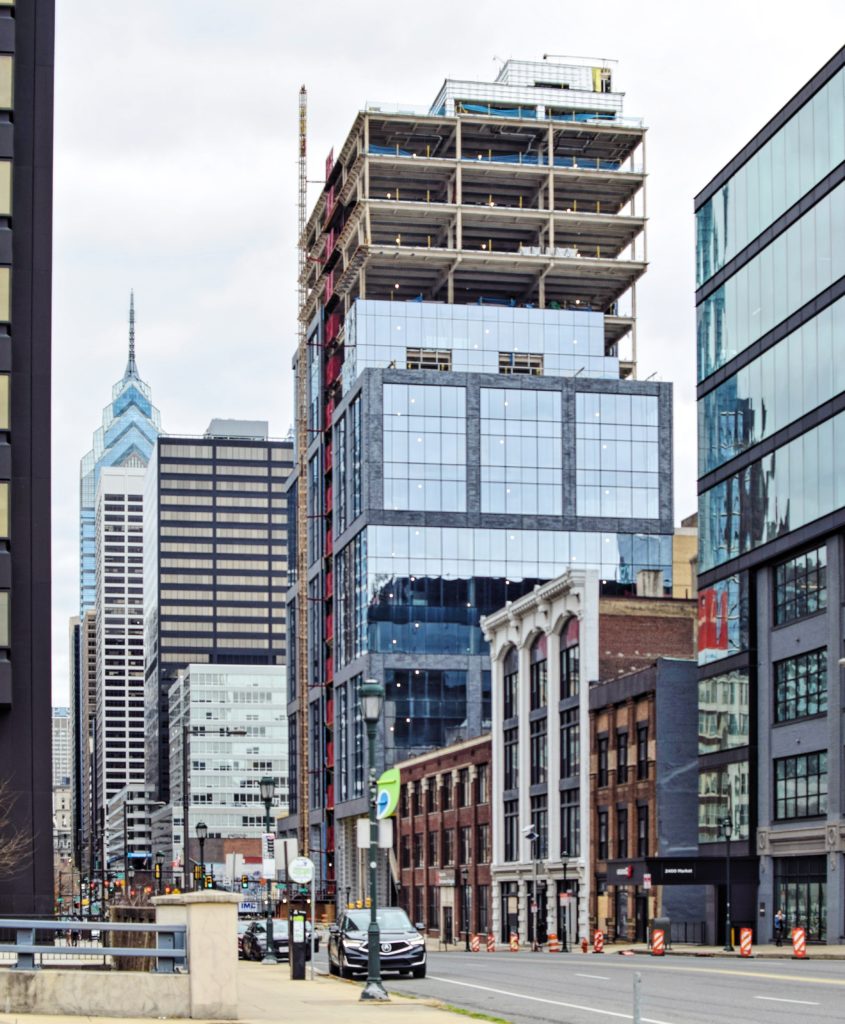 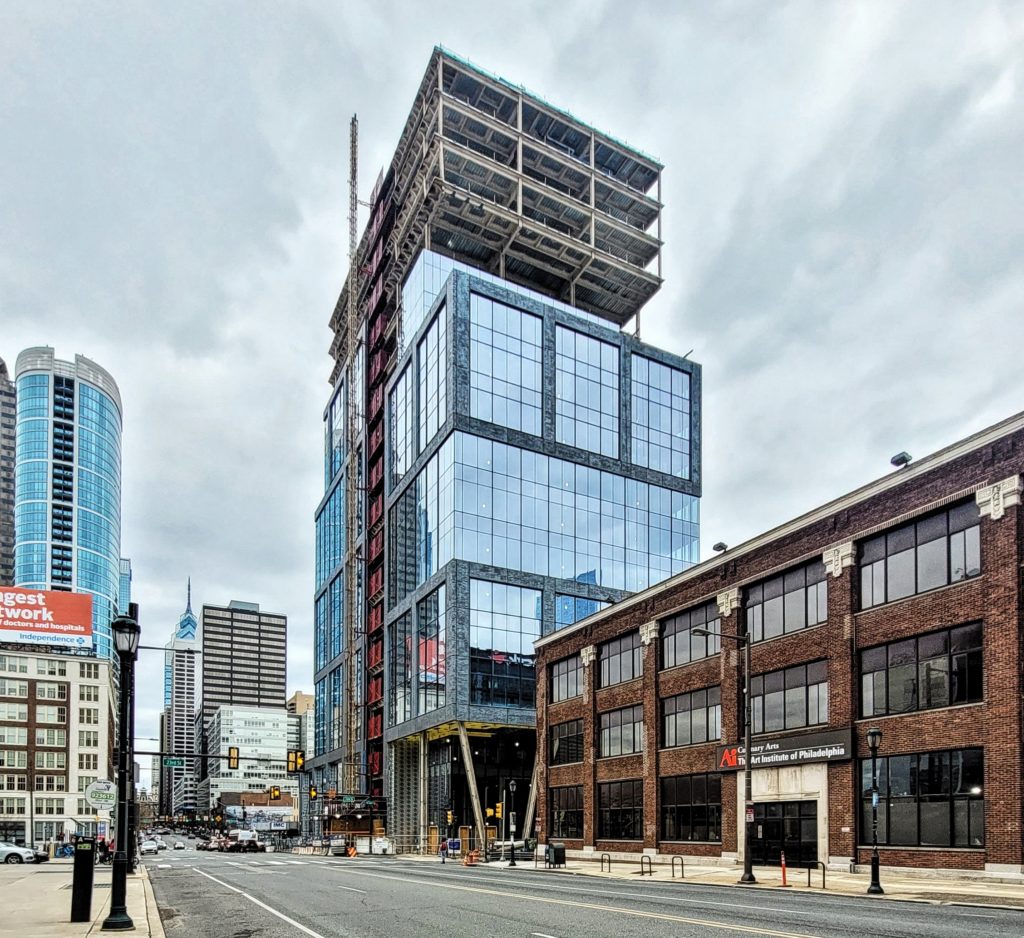 Construction at the site, located just to the southeast of the PECO Building, dates all the way back to the summer of 2020, when the parking lot was being torn apart. Throughout winter and the start of spring, the foundation was excavated and formed, and the tower crane was erected in May. Over the next few months the building was starting to grow and rose halfway up by September. The topping-out ceremony was held on November 5th, by which time exterior work was already underway. 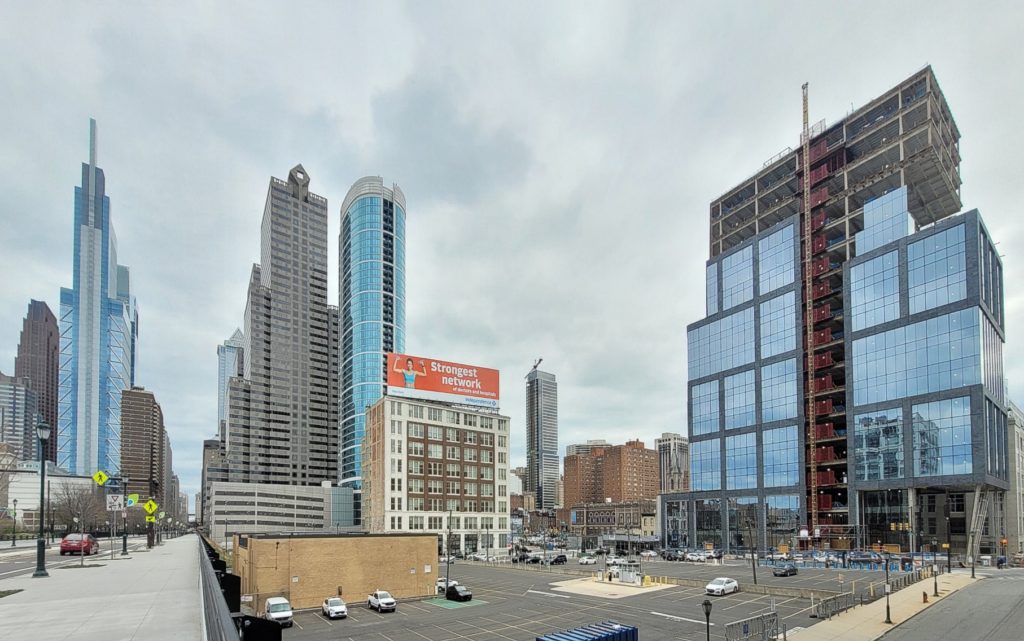 With the tower crane removed, the building appears closer to how it will look when complete. Fireproofing was completed shortly after our last update, allowing more glass to be installed. The stone and glass cladding has reached the 16th floor, with the metal facade reaching up to the roof level on the south face. Temporary large openings for future doors can be seen on the west side terrace on the 13th floor. The structures above the roof now have walls, allowing for the future facade installation. 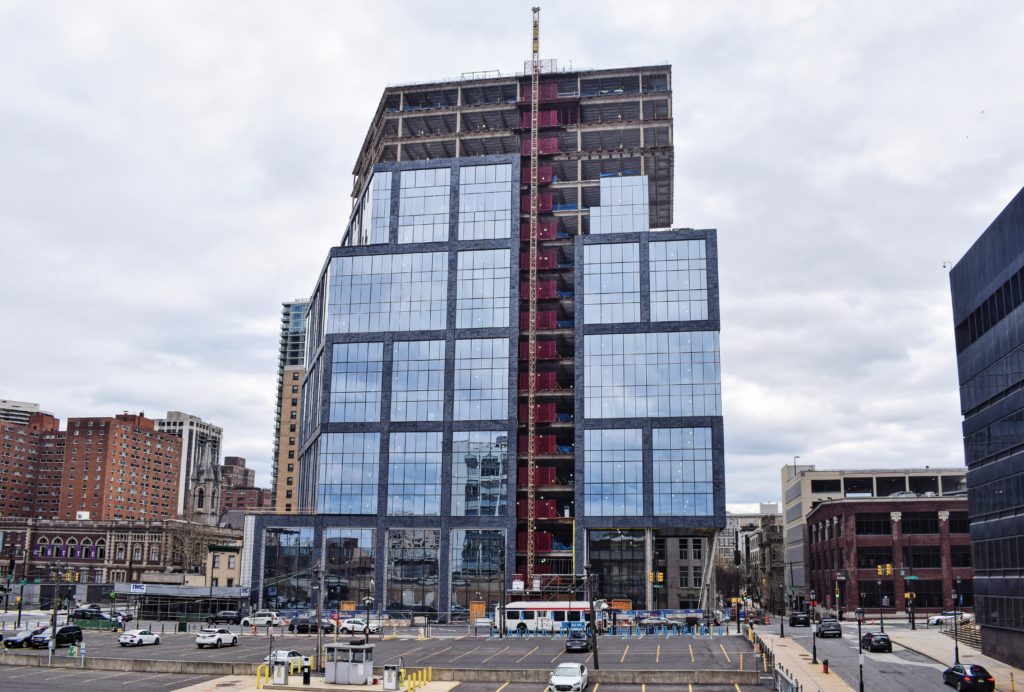 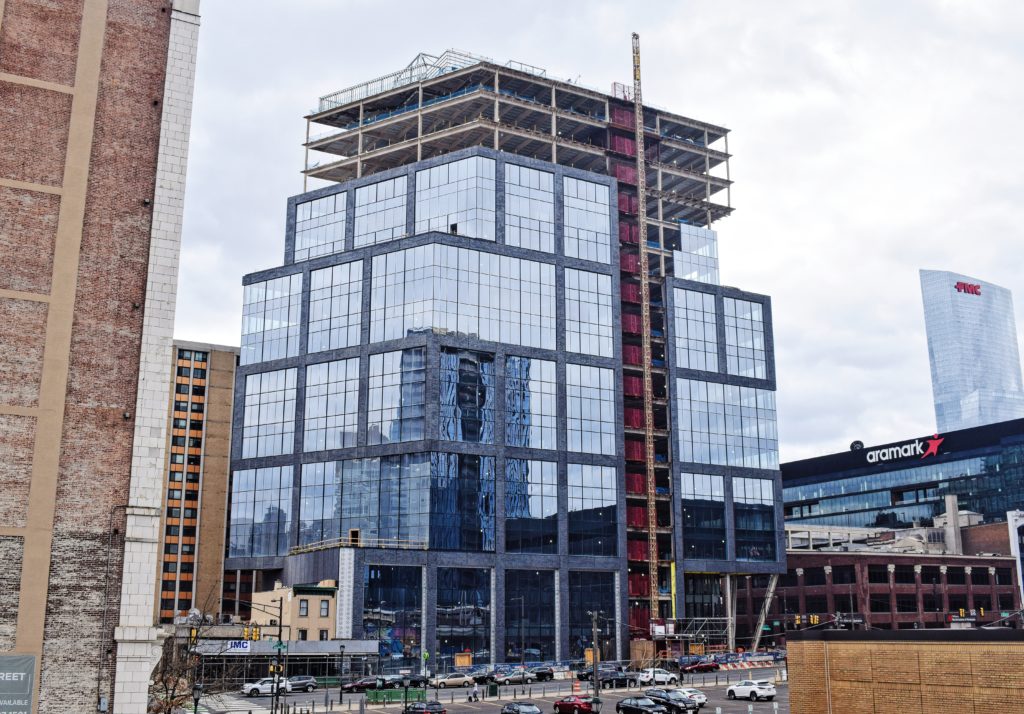