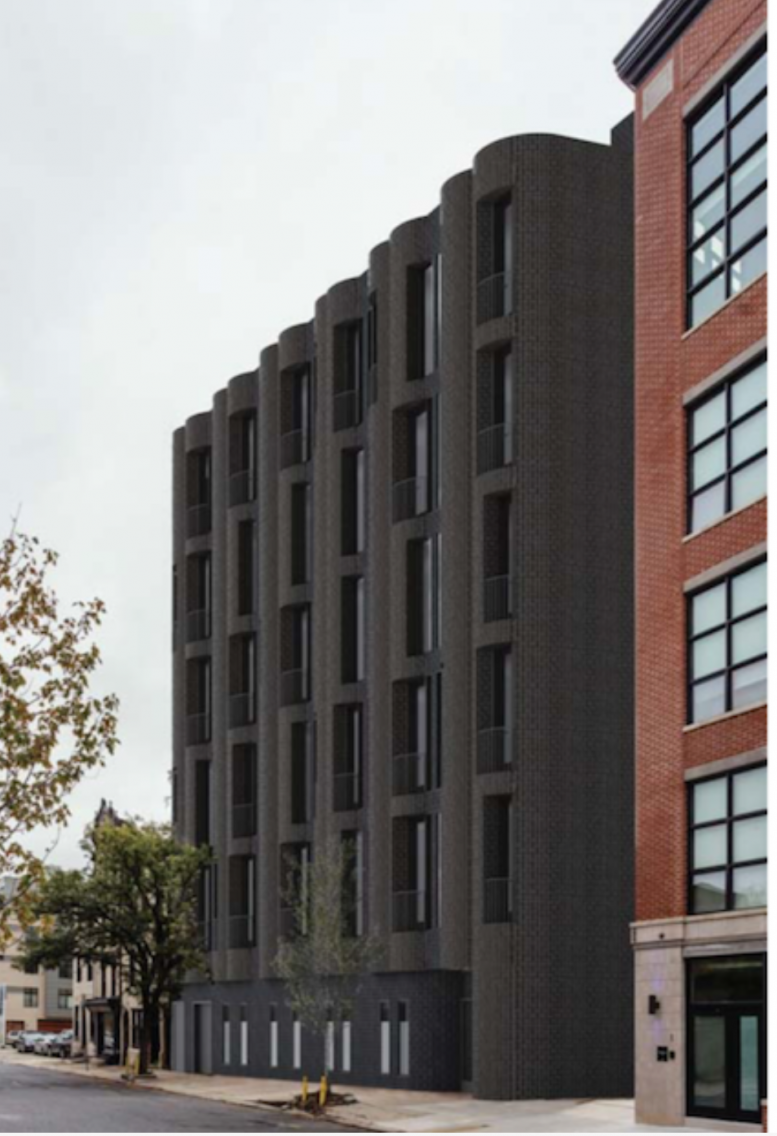 Since YIMBY aired an update on the project one month ago, much progress has been made at 214 Vine Street in the Old City section of Center City. Designed by Moto Designshop, the new building is expected to rise six stories tall and hold 29 apartments. The building will contain 26,550 square feet of space. 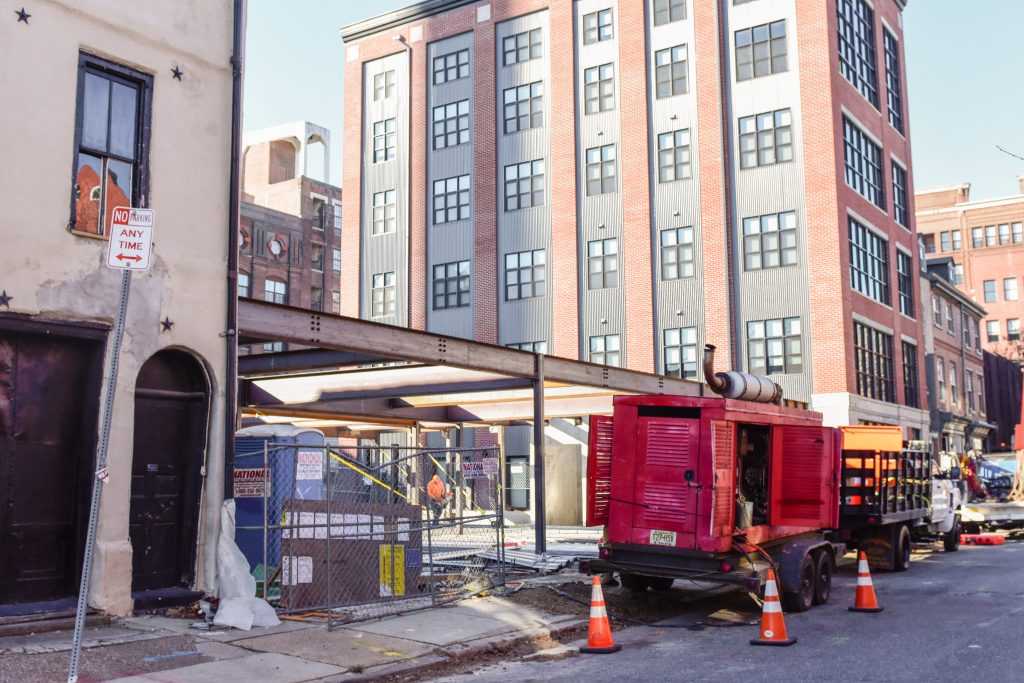 Back in January, framework on the project was just starting, with the steel base of the ground floor having been installed. This allowed the project to get above street view and began offering a glimpse at the project’s scale, although much more has happened since that previous update. 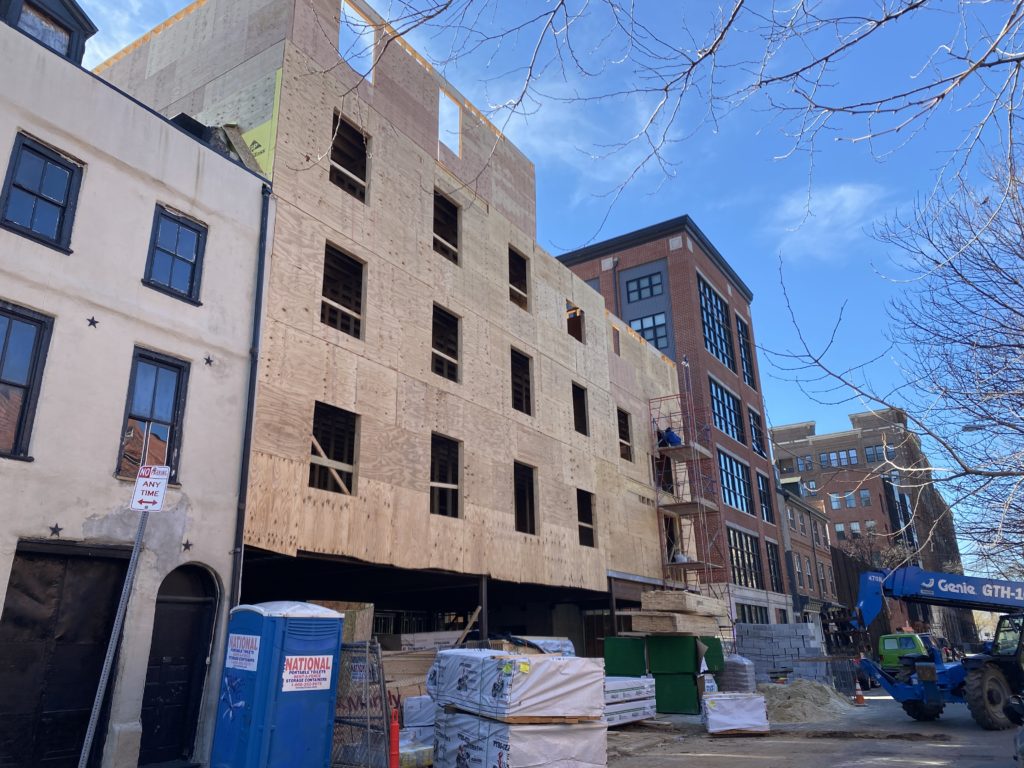 Now, the structure has made it much higher, with the wood framing going above the ground floor having been installed on many floors since. At the time the images were taken, work has been largely complete on the second, third, and fourth floors, with exterior walls beginning installation on the fifth floor. One more floor added, and the project will be topped off. From the street, the building makes a fairly sizable impact, and is creating a very nice street wall. 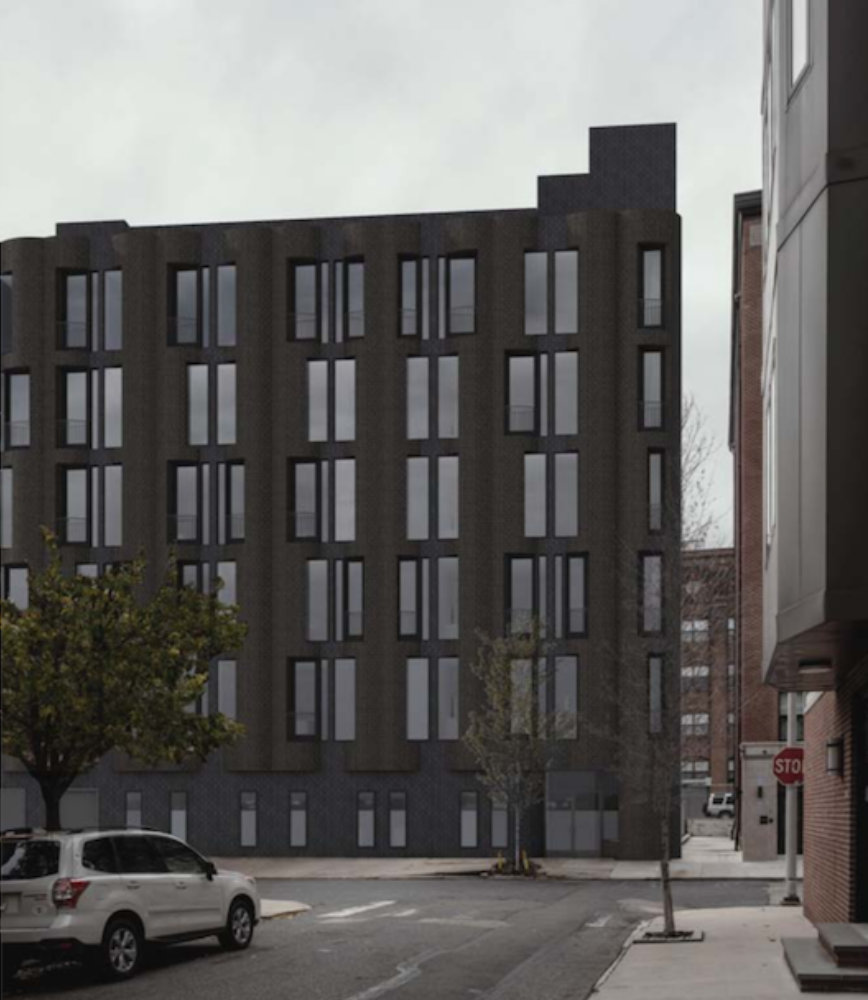 The only issue, however, is that the project is beginning to turn out much unlike renderings that were previously available for the development. In the main design, the most notable features of the building were its narrow windows and curved cylindrical-like vertical abutments. This combination made for a very unique design that would have been a great addition to the Old City architecture supply, although images of the new structure shows a leveled facade with few and larger windows. 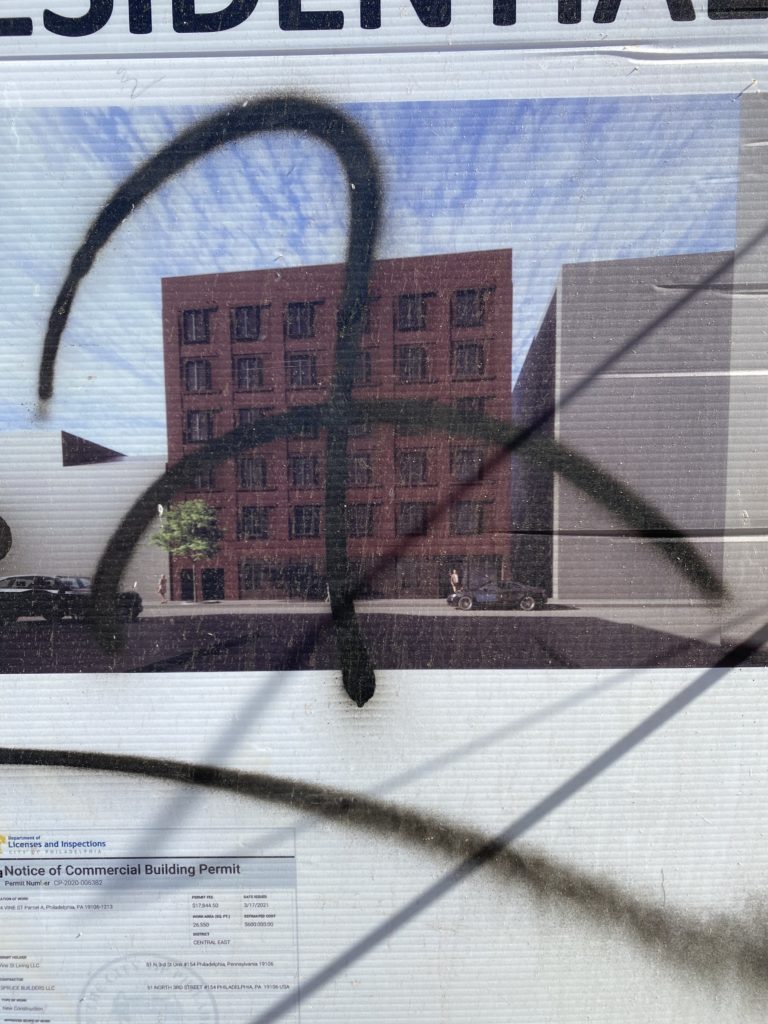 What further confirms these suspicions, is a rendering of the project that can be seen on site. Although graffiti has somewhat blocked the image, an industrial-styled brick building can be seen depicted. The more rectangular and smooth arcade resembles that of what is being constructed, and the large gridded pattern of windows seems to be what is implemented today. Although maybe a somewhat disappointing transition compared to what was formerly assumed of the project, the new building also features a very attractive design with the same scale, and will likely retain the same unit count and a similar square footage. 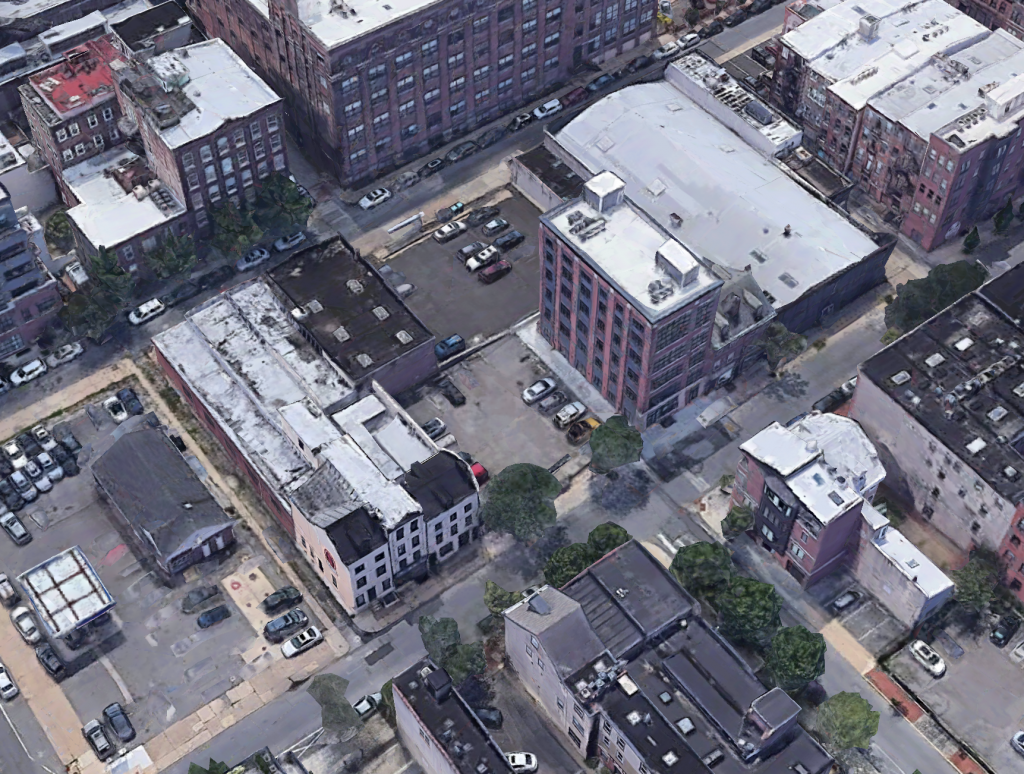 This project is rising on a site formerly occupied by a surface parking lot, one of an unfortunately high supply on the block. This particular lot was nothing special, with room for not that many spaces, and was certainly not a great usage of the property. 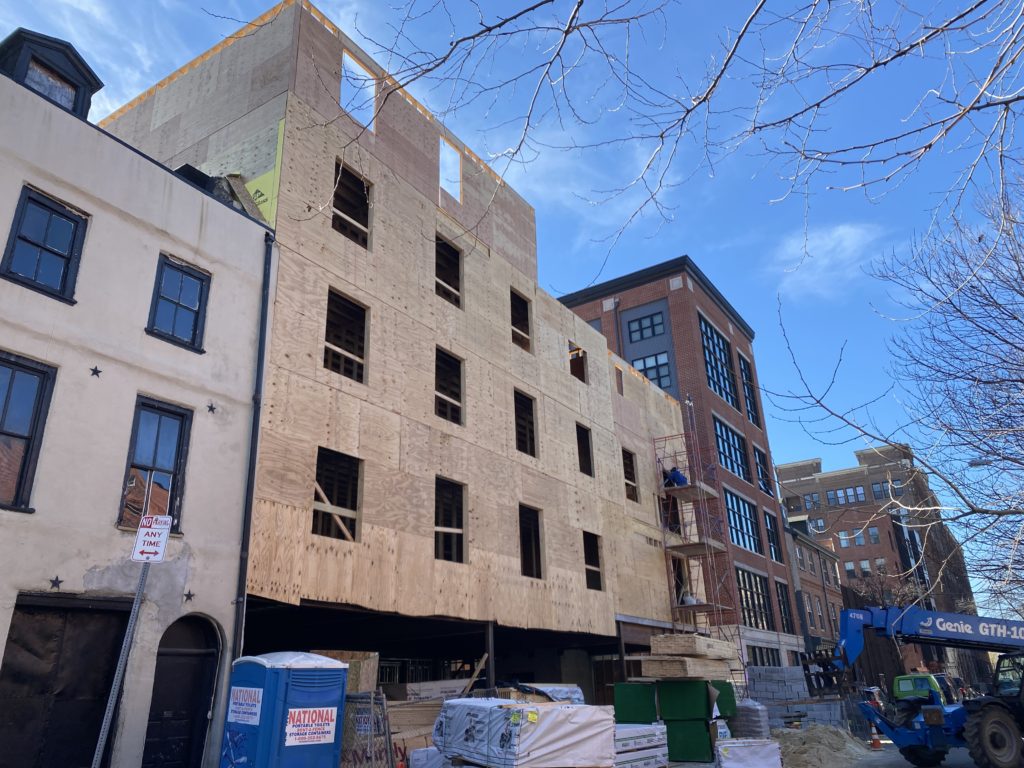 The new development will take advantage of the prime location by adding lots of density (29 units being added to a site formerly occupied by 0) and a sizable height addition. Moving forward, hopefully the other remaining non-developed parcels in this northern nook of the neighborhood can also meet a similar fate to this one.

YIMBY will continue to monitor progress on the development moving forward.