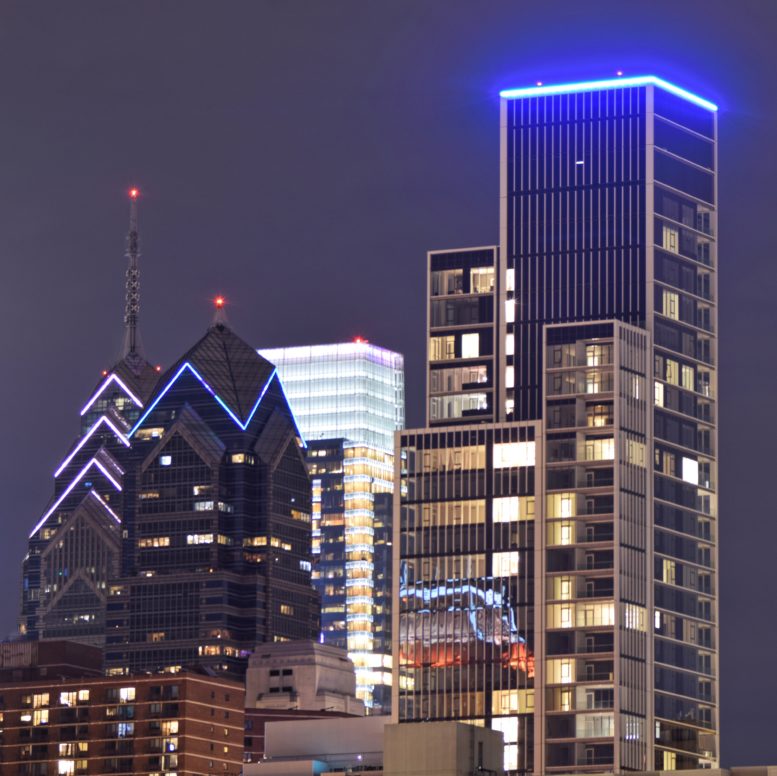 The nighttime Philadelphia skyline is getting brighter as new additions join the existing cluster of towers. In the Washington Square West neighborhood of Center City, the new condominium skyscraper, Arthaus, rises at 311 South Broad Street, joining the rest of the Center City towers at a height of 542 feet and 47 stories. Designed by Kohn Pedersen Fox (with Arthaus being the firm’s first residential skyscraper in the city) and developed by Dranoff Properties, the tower will feature 108 condominiums along with amenity space that includes a pool and outdoor decks. 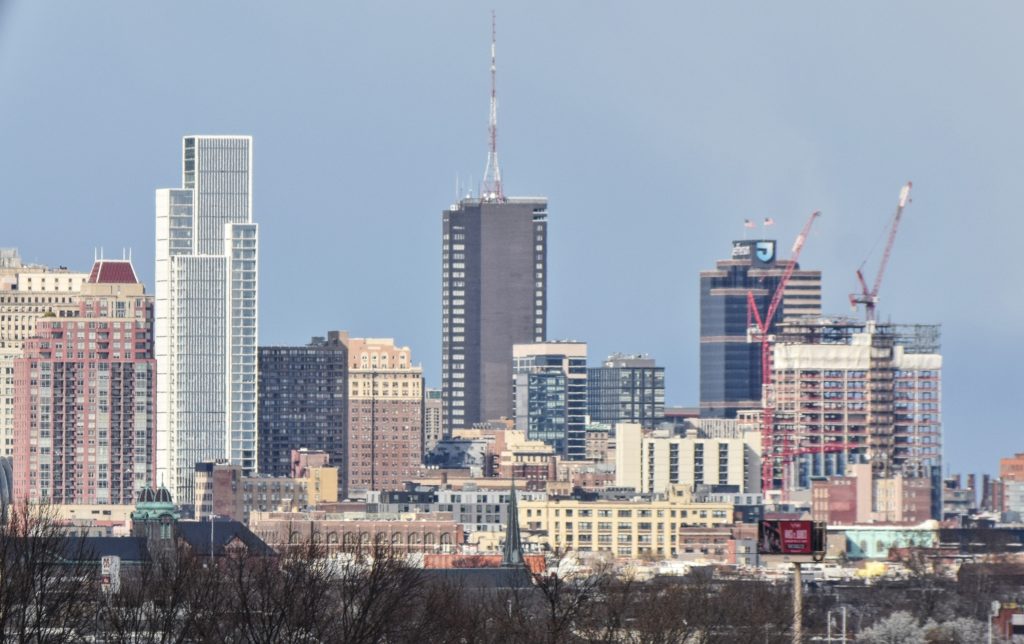 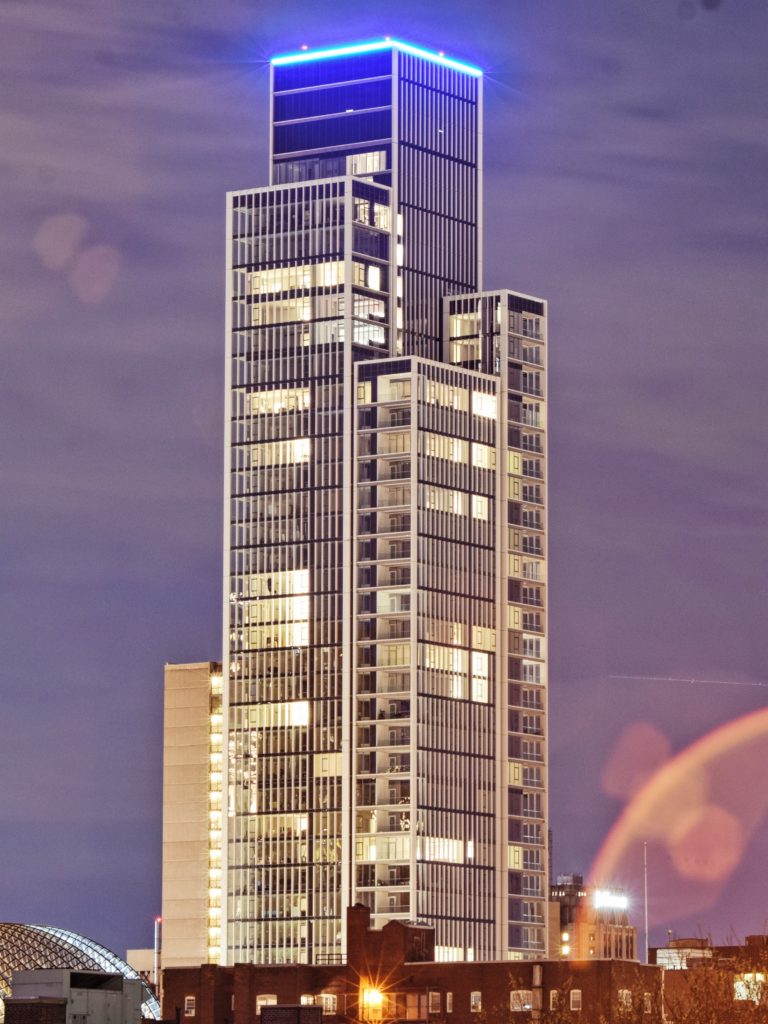 Arthaus from a nearby garage. Photo by Thomas Koloski 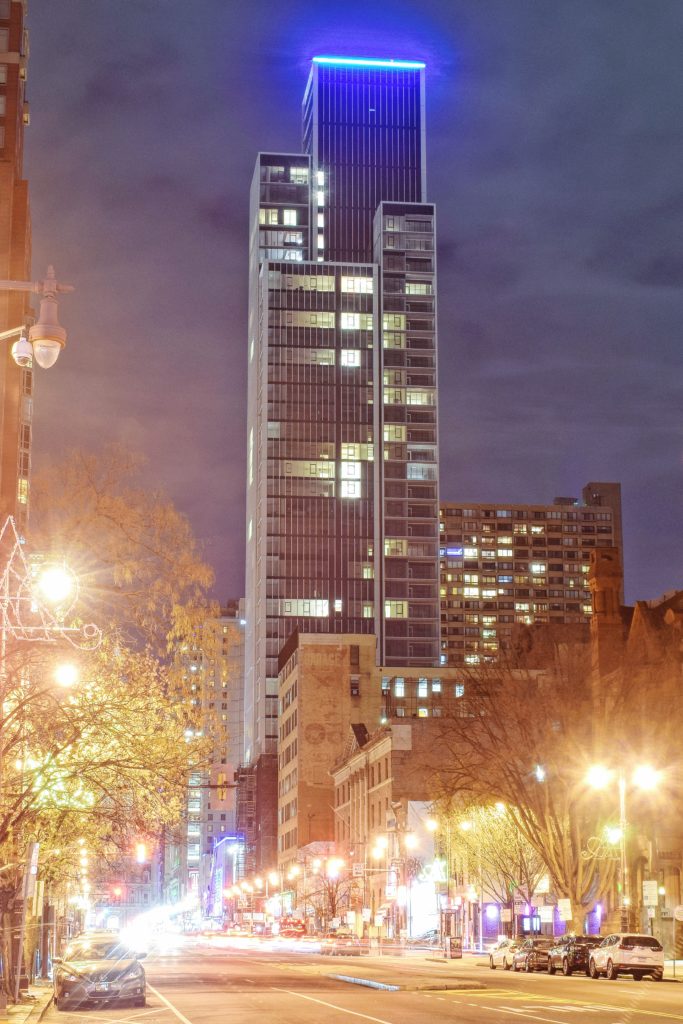 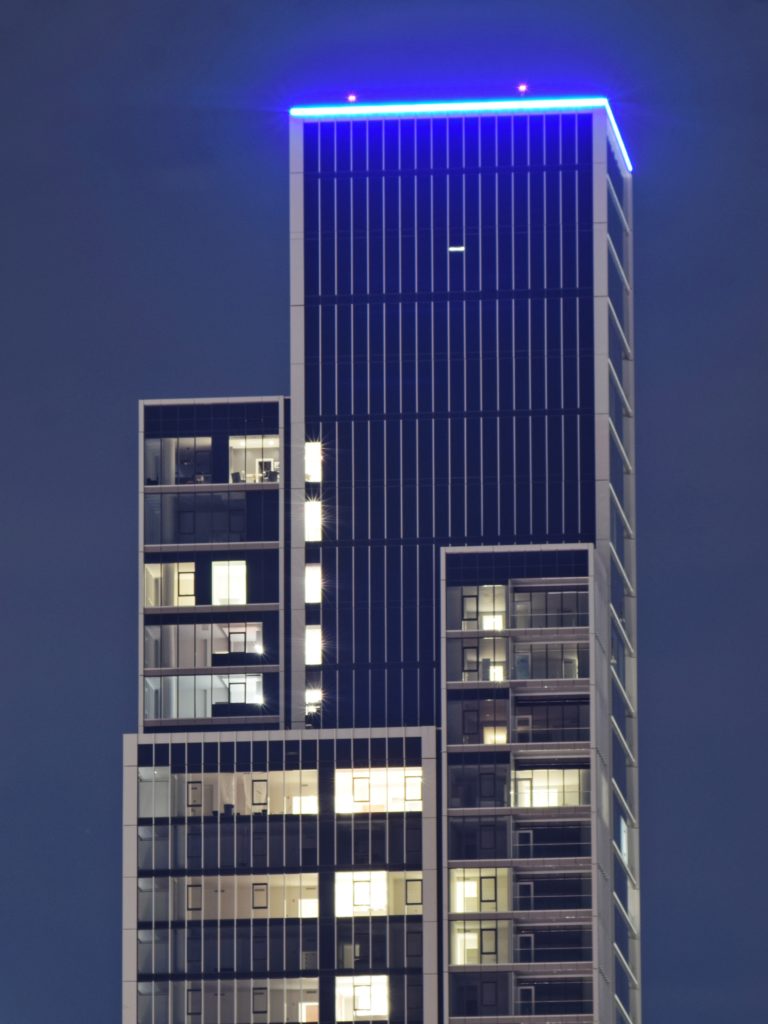 The tower was first announced in 2013, but was redesigned in 2018 and had officially broke ground in June 2019. Foundation work was underway for months, and eventually a tower crane was erected on site in August. The basement floors started construction and the tower was above ground by the beginning of 2020. Residential floors were underway by summer, and the tower rose halfway up in October, with the concrete structure finished in April 2021. The parapet completed in June and the cladding was up to the roof by the end of August, with the main tower’s glass finished just two months ago. 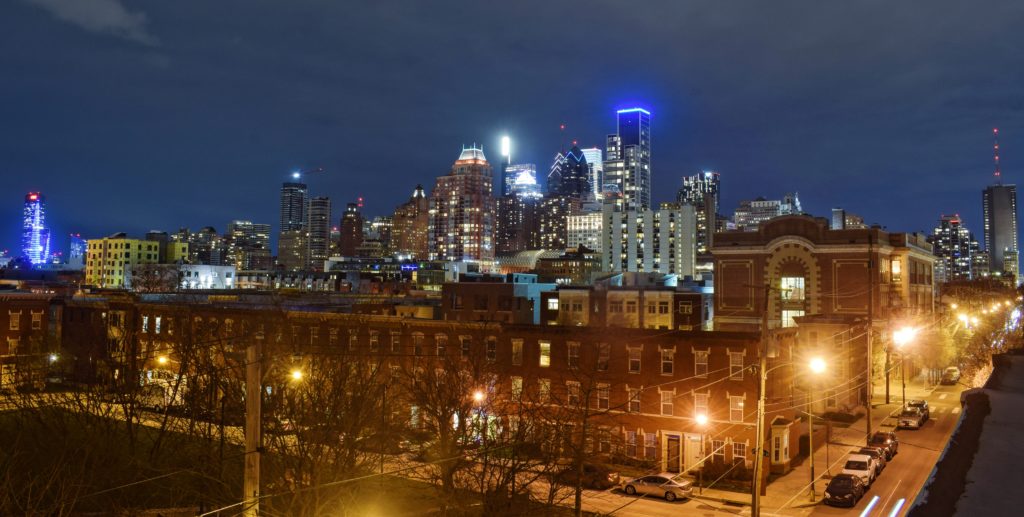 Arthaus in the Philadelphia skyline from Hawthorne. Photo by Thomas Koloski 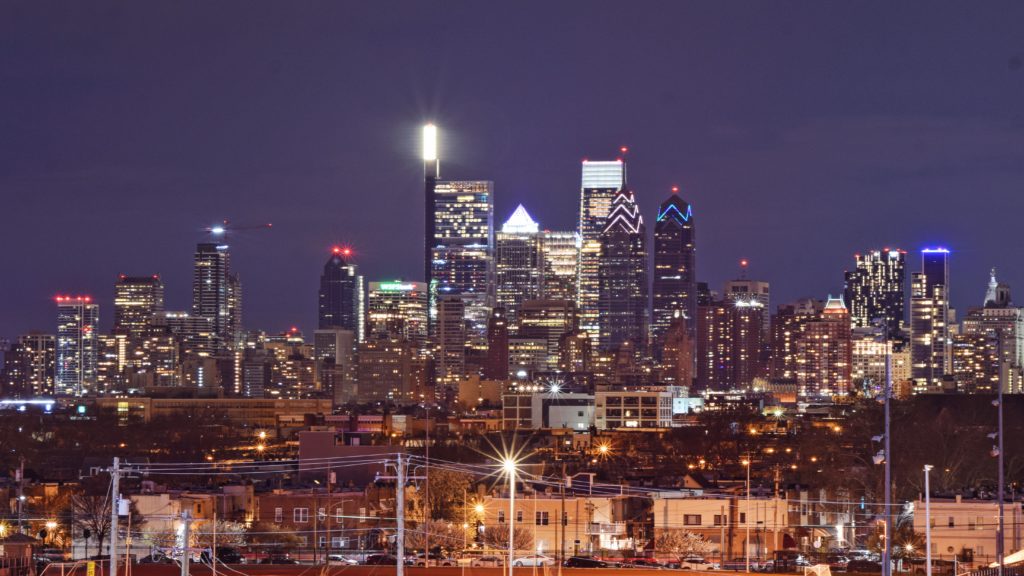 Arthaus (right) in the Philadelphia skyline. Photo by Thomas Koloski 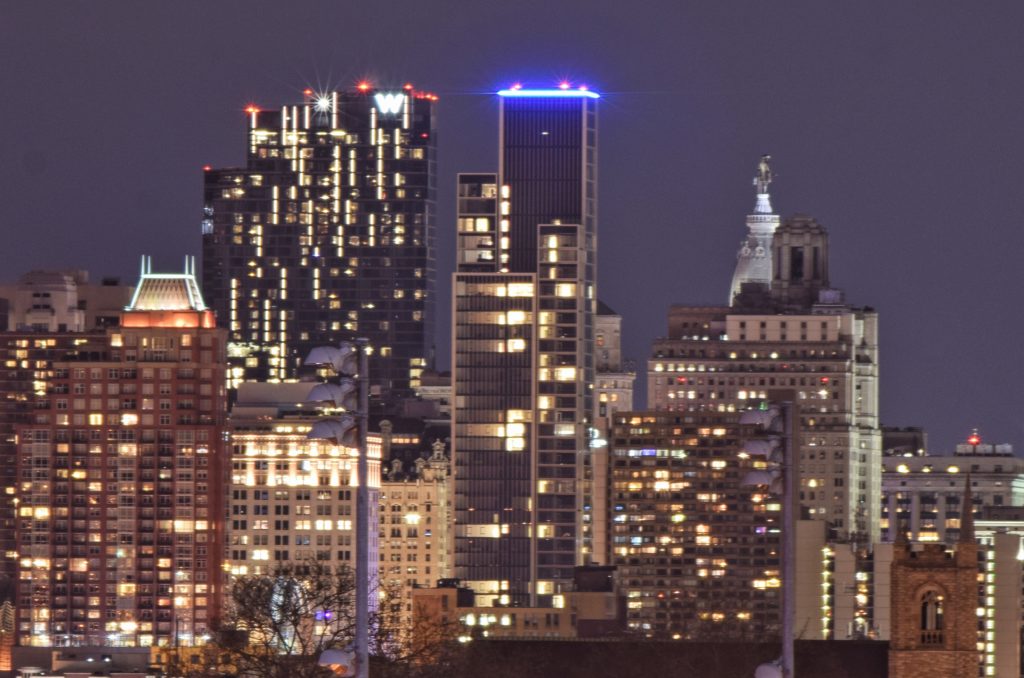 In the beginning of 2021, decorative nighttime lighting was hinted at for the tower during our on-site construction tour. Still, to our great surprise, bright lights highlighting the parapet were turned on last week with enough power to be seen in the skyline. The lights were blue for the first week the illumination was on, but on April 11th the lights had changed to white. The next night, the lights switched to red, with the middle pixel lit up green. It is presumed that the new lights will have more color options, and hopefully more lighting on the terraces. 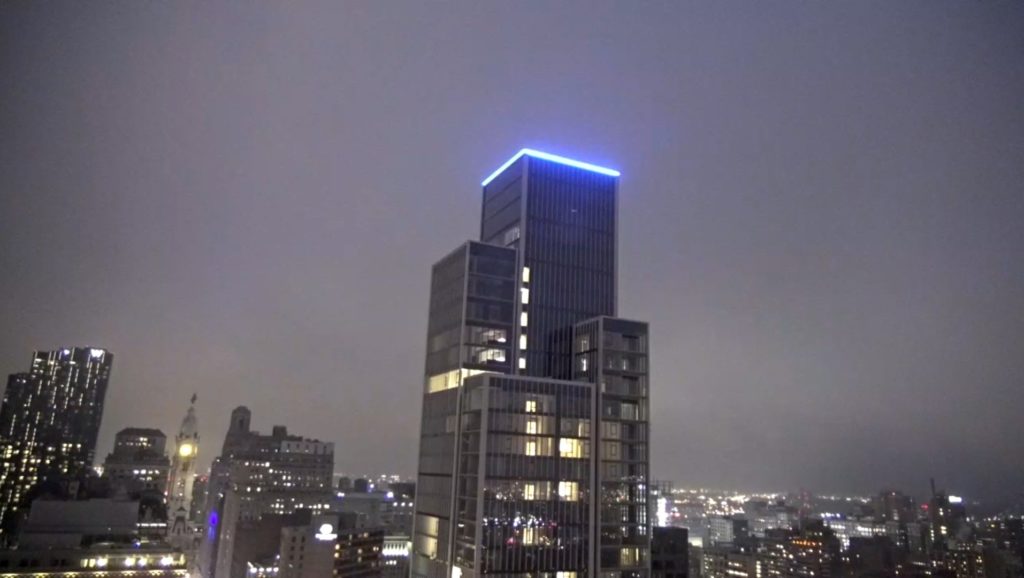 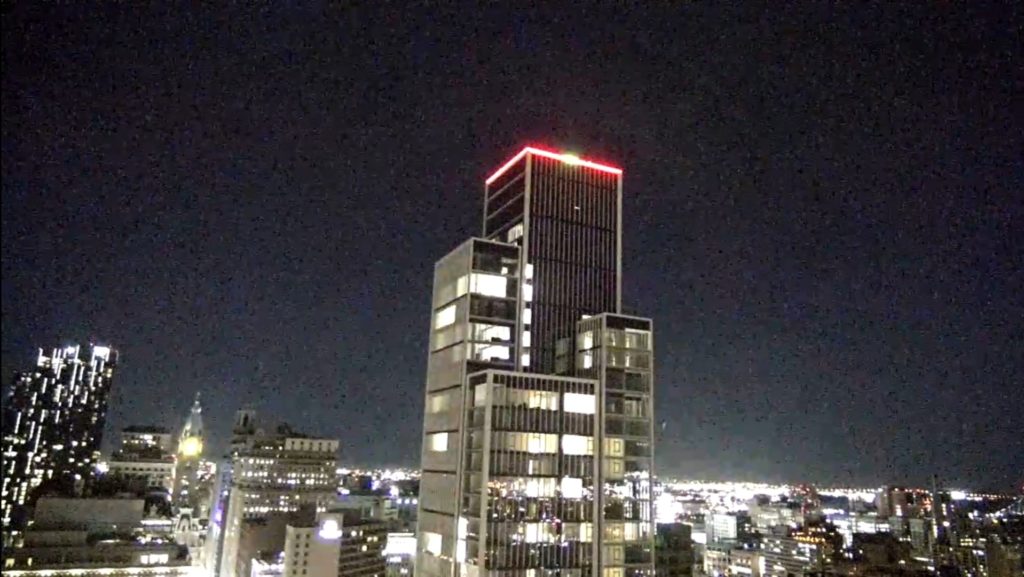 The building’s anticipated completion is May 2022, as stated on an on-site sign.